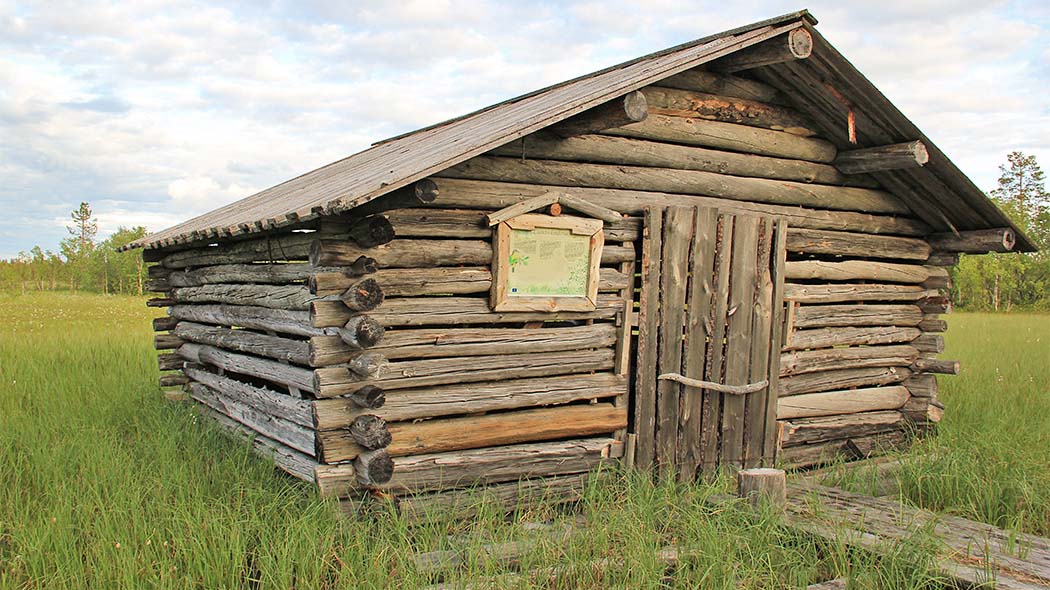 At one time, hay was very actively cut in the Teuravuoma - Kivijärvenvuoma area as feed for livestock. Hunting, berry picking and tar burning have also been practiced in the area. People's subsistence has relied on natural resources, and old forms of mire area land use have supported the livelihoods of the inhabitants of the nearby villages. Fishing was an important source of livelihood since the 1500s, as was livestock production, which began in the 1700s. Meadowlands were used up until the 1900s.

The area has been very important for picking cloudberries and hunting geese. Hunting with traps was also practiced, but was discontinued during WWII. Mire ponds were not really used for fishing; people preferred fishing on the lakes Teurajärvi and Kurtakkojärvi. Ducks were hunted on small ponds.

There used to be a lot of barns at Lake Iso Kivijärvi, one of which was moved to the restored meadow on the shore of Lake Särkijärvi. In 1947 and ‘48, the water level on Iso Kivijärvi was lowered to create more meadow area. At the same time, the water level of Lake Teurajärvi was also lowered. The lake served as a natural pond rich in nutrients for breeding whitefish (Coregonus lavaretus). The village of Teurajärvi also practiced cattle herding at Lake Iso Kivijärvi, which they reached by a bridge that passed over Teurajärvi lake. Sheep also used to graze on the mire. The remains of an old dam can be seen in the Kivijärvenoja brook.

Tar burning was very typical in the area. Pitchy stumps were collected in the winter and then cleaved and stacked in a pit. The burning was a co-operative effort that involved many people. Tar was burned in the village of Kurtakko for both household use and for sale, but the practice came to an end during the war in 1940s. In the village of Venejärvi, however, tar is still burned now and again.

From Village to Village along the Old Telatie Road

The restored Telatie trail passes between the villages of Kurtakko and Venejärvi along the eastern edge of Teuravuoma - Kivijärvenvuoma. This duckboard trail was initially built in 1878 and has functioned as a trade and postal route and a public thoroughfare to the marsh meadows of the Naamijoki River.

The trail has been restored twice: first in the 1920s and again between 1999 and 2001. Part of the trail passes through the Natura area and some old layers of the duckboard trail have been uncovered in certain places. In 2003 the duckboard trail passing through Teuravuoma - Kivijärvenvuoma was completed, joining the already restored Telatie road.

There are no known ancient relics in Teuravuoma - Kivijärvenvuoma, but nearby finds indicate Stone Age settlement. The finds include dwelling and hunting trenches and places for cooking. The most common tools found in the area are implements, such as blades, mallets and ice picks, chiselled from greenschist. Quartz flakes have also been found. The nearest ancient finds are in Kurtakko and Venejärvi.