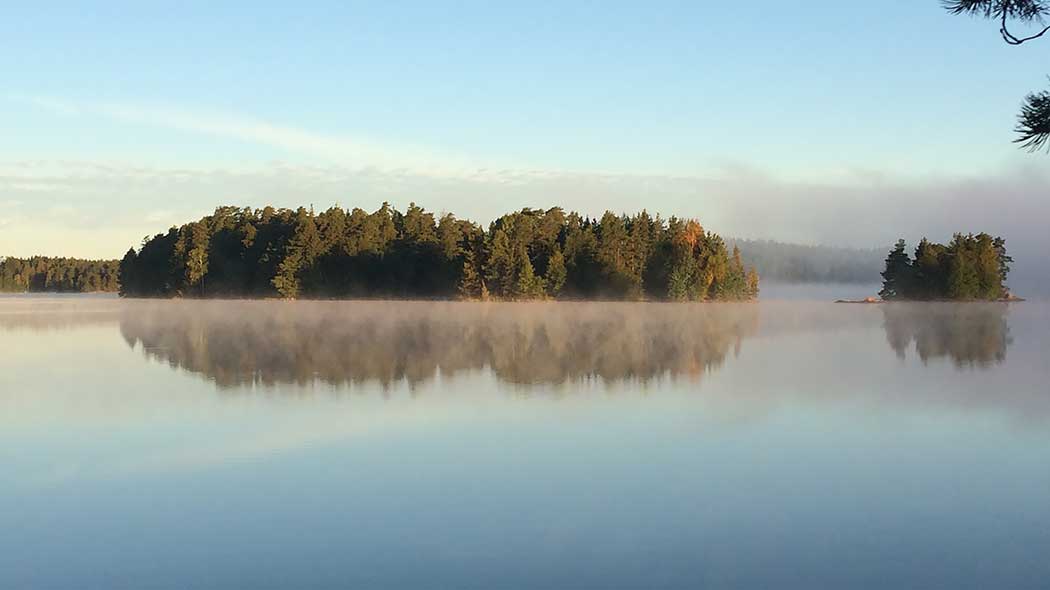 The blue waters of Teijo National Park add dashes of colour to the rocky peaks and green forest expanses. Here, hikers are surrounded by the peace and quiet of nature and the animals of the forest have plenty of room to play and thrive! 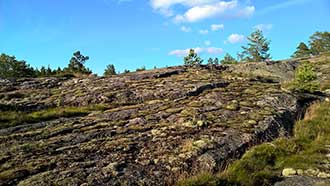 The ancient beaches of Jeturkasti and Miilunummi were once kissed by the sea. Majestic landscapes spread out from Nenustannokka Rock, and the rock faces at Lake Matildanjärvi. 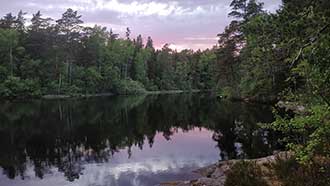 A picture-perfect grove can be found tucked in the middle of Teijo's young pine forests. Head out on the Totti Nature Trail, where you'll be surrounded by lush hazel and babbling brooks. 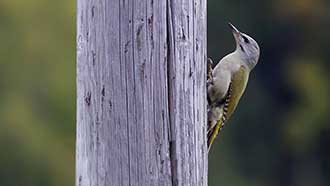 The emblem species of the National Park is the Grey-headed woodpecker. Only the most observant hikers will catch a glimpse of this verdigris woodpecker. 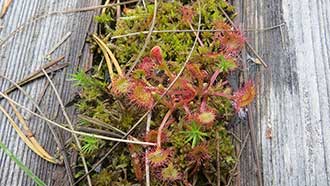 Experience an authentic wilderness atmosphere similar to that of Lapland at the rugged Järvenpäänsuo mire. Can you find the common sundew along the duckboards of Punassuo mire? 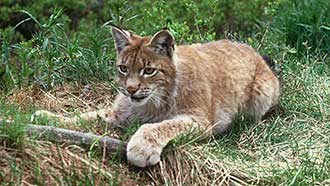 Look for lynx, listen for the wood sandpiper

Wood grouses use Teijo as their mating grounds. The white-throated dipper is a winter visitor to the park. A lucky hiker can see footprints of a a lynx mother and her cubs. 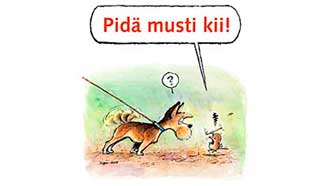 Keep your furry friends on a leash

Although pets are indeed welcome to national parks, the parks are protected areas. So, keep your pets leashed at all times! 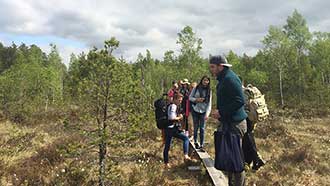 A mire in its natural state, a healthy environment

When water is able to circulate, a natural array of species will thrive in mires. Teijo has restored some 450 ha of mires. Restoration is completed in the Hydrology LIFE project. (metsa.fi)

Teijo has restored some 300 hectares of forest. Planted pine forests have been thinned to help the growth of deciduous trees. In Teijo some forests are restored by making controlled burns. (metsa.fi) 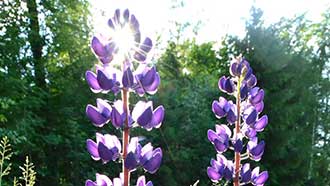 After the Ice Age, the Baltic Sea washed the rocks of Teijo. These bare hills add diversity to the landscape and the natural features of the National Park. On the rocks of Nenustannokka, Inskeri and Lake Matildanjärvi, you find a great scenery. There are rugged pine forests along the hillsides, and pine bogs growing the Marsh tea (Ledum palustre) and the Bog Bilberry (Vaccinium uliginosum) in depressions. On the lower slopes, there are spruce forests and wet hollows with spruce bogs, and large mires on the lake shores.

Most of the forests in Teijo National Park are young managed pine forests. Even though the area is not very lush in most places, small patches of luxuriant herb-rich forests and gushing springs here and there make the landscape more varied.

In Teijo you can also learn about the ancient phases of the Baltic Sea, as the ancient seashore can be still seen in Jeturkasti and Miilunummi. 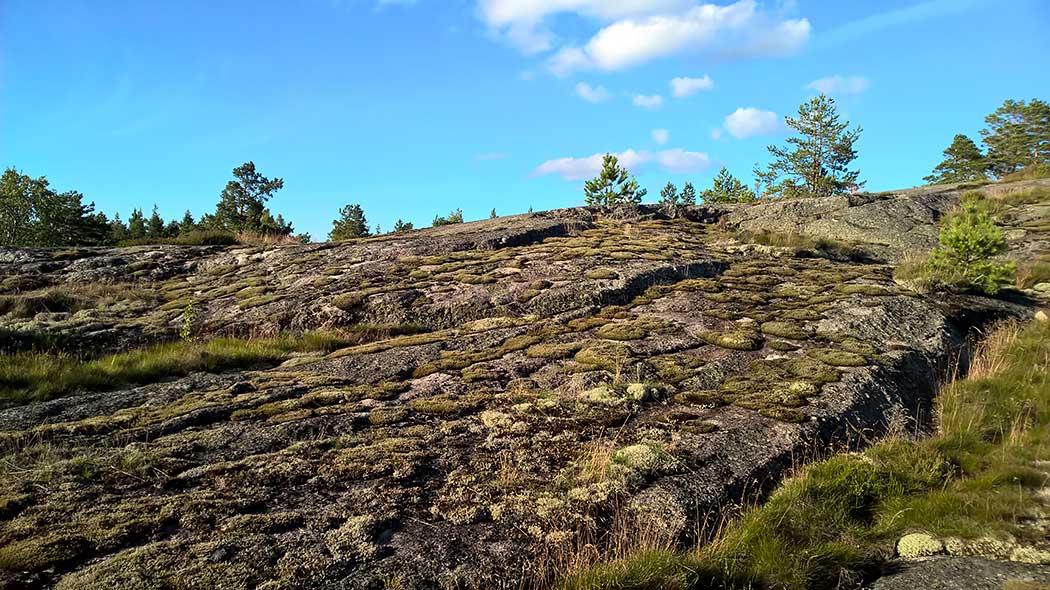 The Grey-headed woodpecker is a very apt emblem species for Teijo National Park. The area contains a large number of habitats that are suitable for the species, such as groves, mixed forest and aspen stands. Indeed, the species can be found throughout the park. The Grey-headed woodpecker can be found with relative ease by listening for its distinctive mating call in the spring. 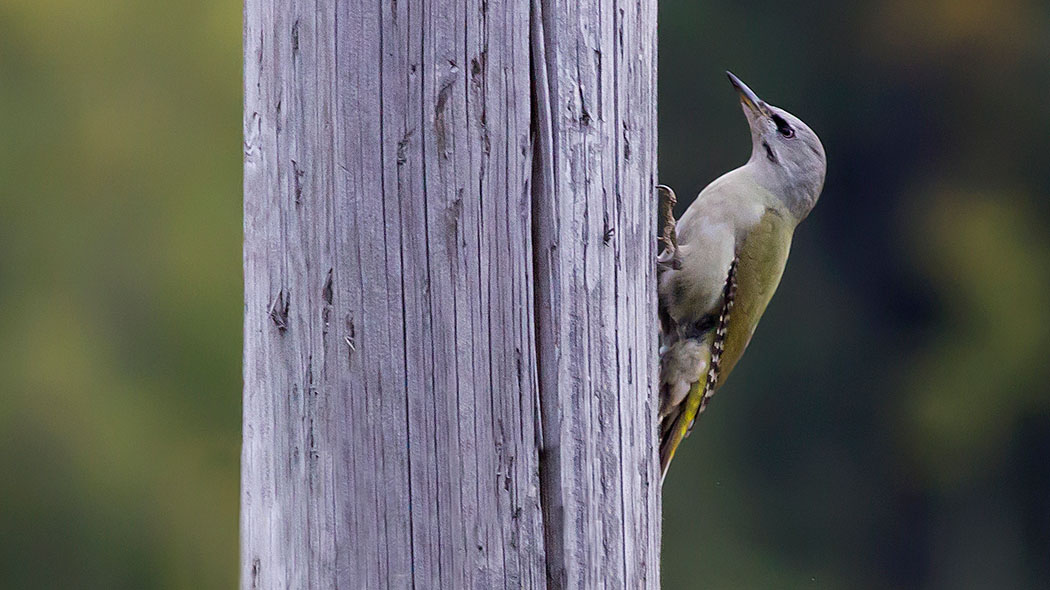 Particularly during its mating period, which runs from March to early May, the bird can easily be lured into view by imitating its call. It pounds away at the trunks of trees, just like any other type of woodpecker. The very unique series of whistles in the mating call is easy to remember, even after hearing it just once.

The Grey-headed woodpecker fancies itself to be a rather clever bird. It watches people from behind the trunk of a tree, with just one eye peeking around the side. When it takes flight, its wings beat loudly as it swoops through the forest.

The oldest Finnish Grey-headed woodpecker was found to have lived for over five years. The oldest specimen in Europe was found in Germany. It had lived for roughly five and a half years.

Visitors to the park have a good chance of spotting a Grey-headed woodpecker, particularly at Kirjakkala and Lake Sahajärvi. It prefers deciduous and mixed forests, but especially enjoys hardwood and aspen stands. Woodpeckers also nest in old, rocky pine forests. In the winter, the Grey-headed woodpecker can come quite close to human settlements, even visiting bird feeders to fatten up for the cold.

The Grey-headed woodpecker nests in holes found in rotting deciduous trees. It makes its entry hole at a height of roughly five metres. In early May, the woodpecker lays from five to ten eggs. Both parents incubate the eggs. At four weeks of age, the chicks are able to fly.

Grey-headed woodpeckers primarily feed on ants. In the summer, they also eat other types of insects and their larvae. In the autumn months, they also eat rowan berries, and in the winter seeds round out their diet.

The back of the Grey-headed woodpecker is a verdigris colour, while its breast is light grey and its neck is yellow. Black strips that resemble a moustache adorn the sides of the head. Males have a bright yellow forehead. A fully grown woodpecker is approximately 27–32 cm in length and weighs 130–180 grams. Its soft 'ki-yook' call can be heard quite well. The call, which sounds like “ki-yoo ki-yo ki-yo ki-yo”, dropping in pitch at end, can be easily imitated by whistling.

In the National Park, there is one eutrophic fen, which is a type of mire that has almost disappeared in southern Finland. The most fastidious plant species of the fen include the Broad-leaved Cotton-grass (Eriophorum latifolium), the Dioecious Sedge (Carex dioica), the Common Yellow Sedge (Carex demissa), the Cotton Deergrass (Trichophorum alpinum) and the Marsh Arrowgrass (Triglochin palustris). On the spring fen grows the threatened Bog Pondweed (Potamogeton polygonifolius). In several places in the National Park you can also find the Alpine Campion (Lychnis alpina) and the Hazel (Corylus avellana). 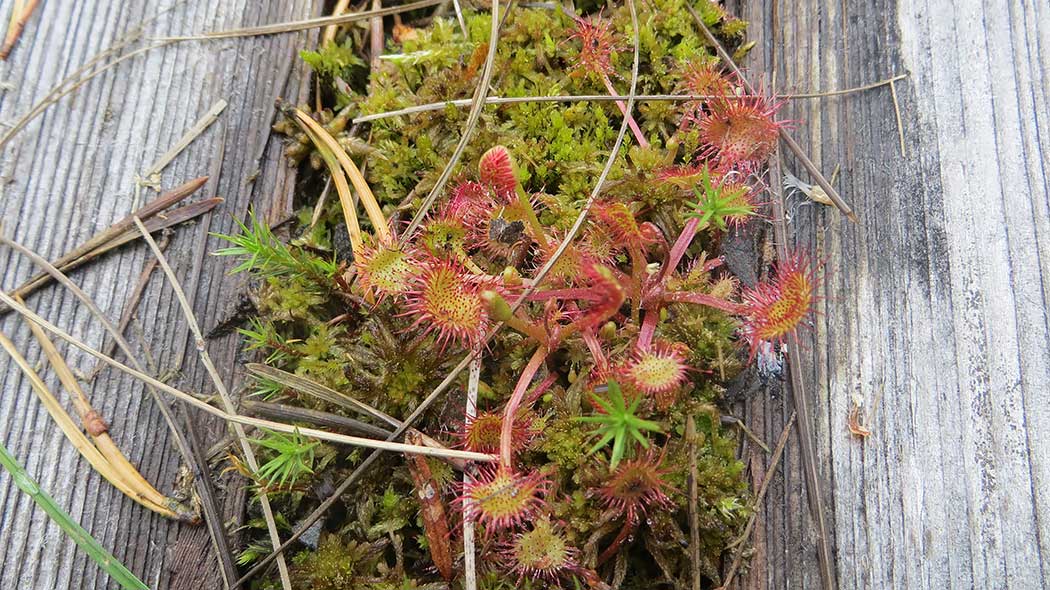 Look for lynx, listen for the chirping call of the wood sandpiper

The most common fish species in the lakes of Teijo are the Perch (Perca fluviatilis) and the Pike (Esox lucius). There is a Freshwater Crayfish (Astacus astacus) population living in the lakes of the National Park, and more of them have been planted by Metsähallitus. The planted Crayfish have made the existing population stronger, and special crab catching trips are now organised for groups on Lake Matildanjärvi.

In Kirjakkala, in the former iron works area, there are many log houses from the 1800s which have been renovated to their original state.

The remains of old chargoal pits can be seen as small depressions on the ground, and deviating vegetation.

Cultural sights include the church of Teijo, smithery museum, and the former iron works areas of Kirjakkala, Teijo and Mathildedal. Worth seeing are also the dams of the lakes Hamarinjärvi, Sahajärvi and Matildanjärvi which were built in 1688. 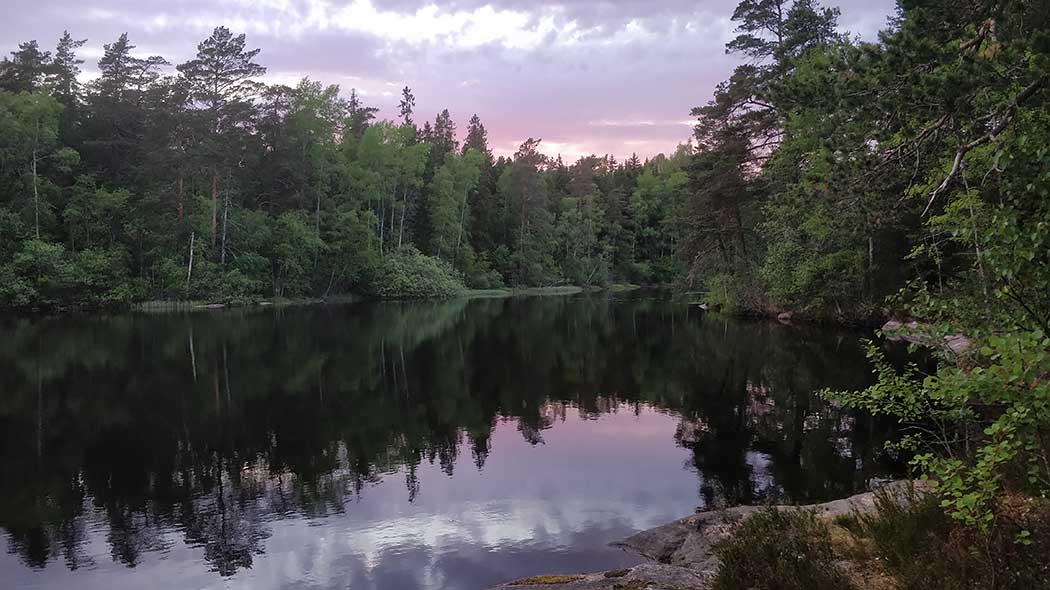