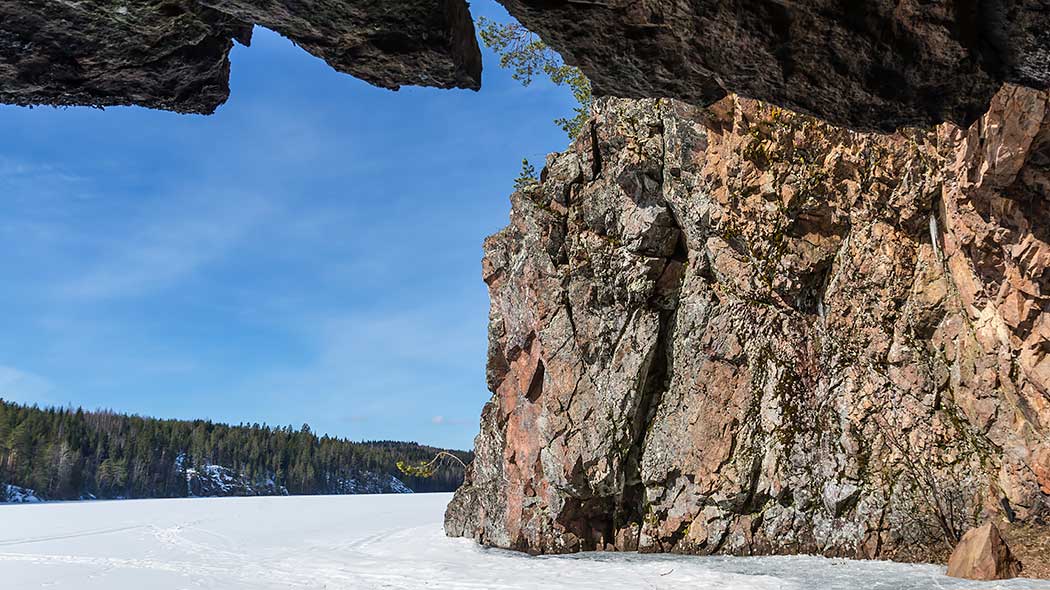 The speciality of Helvetinjärvi National Park are the two ancient gorges. The narrow gorge lakes carry on as far as the eye can see. The park is home to diverse rock and forest scenery. 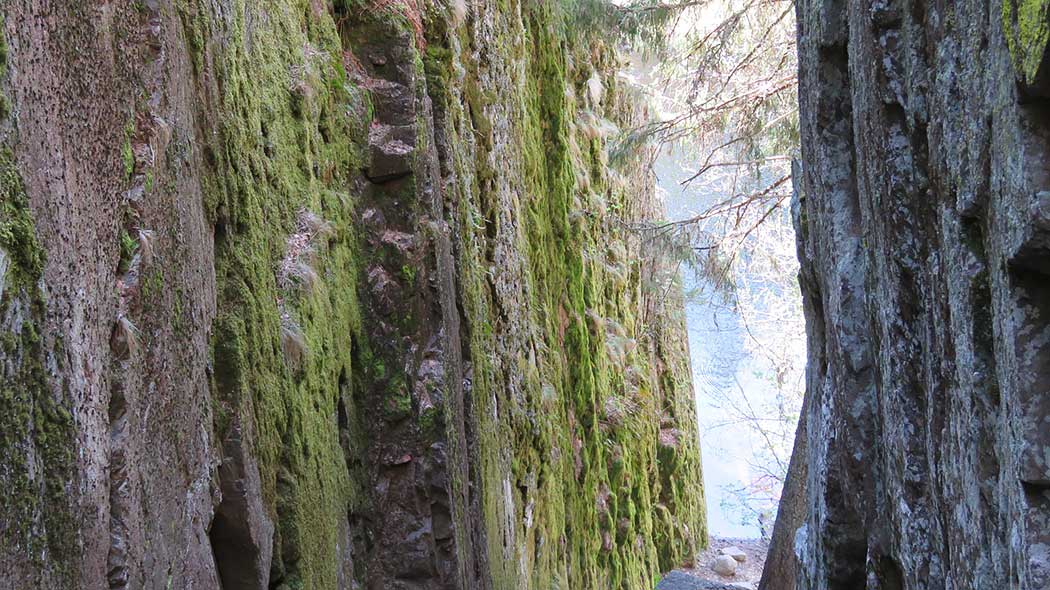 The rugged rock gorge in the northeast corner of Lake Iso Helvetinjärvi is a geological specialty of the park and a popular attraction.
Read more > 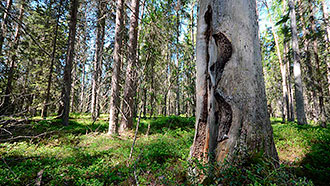 Forests in their natural state

The forests that border the gorge valleys, lakes and small ponds are some of the oldest in the park.
Read more > 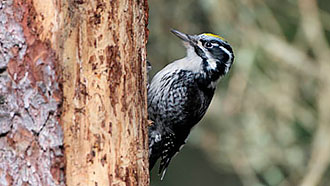 In recent years, storms have created more deadwood. The three-toed woodpecker and other species benefit from fallen trees. Read more > 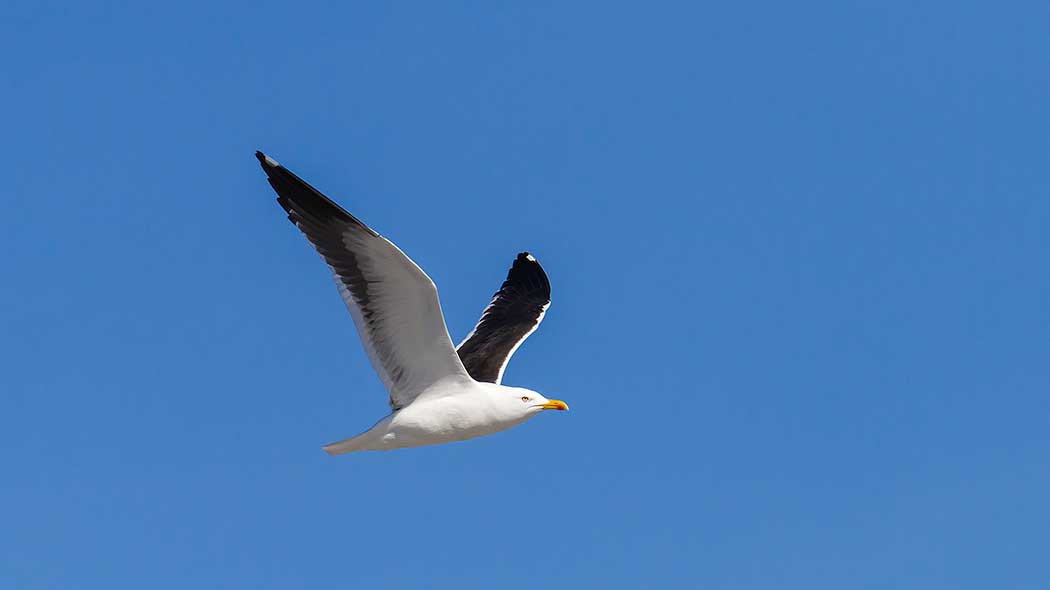 Islands and rocks of Lake Haukkajärvi are the home of our most Finnish bird, the lesser black-backed gull (Larus fuscus). Please check the movement restrictions and landing bans (julkaisut.metsa.fi). Open > 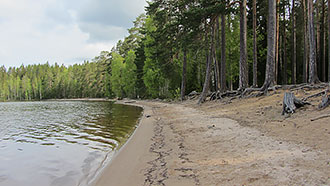 Please be considerate to others, take your rubbish away with you and only light fires in the designated campfire sites!
Read more > 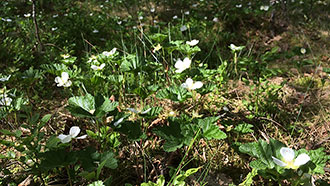 Mires in their natural state

Restoration of mires provides nesting places for birds, good berry crops and clean water. Almost all the mires at Lake Helvetinjärvi have been returned to their natural state (metsa.fi).
Open > 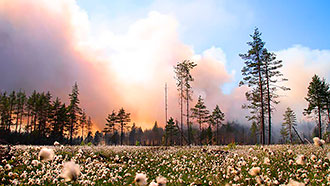 Forest fires are part of the natural life cycle of forests

A burnt forest is a lifeline to many species. Monitored and controlled by professionals, forest fires are part of restoration work (metsa.fi).
Open >

The special features of the park include two rift valleys, which have been formed 150-200 million years ago by displacement of the earths crust. Helvetinkolu Gorge, located southeast of the Lake Iso Helvetinjärvi, is the most famous gorge in the area. It is narrow, only a couple of metres wide cleft, which descends steeply to the lake side.

Lakes Kovero, Luomajärvi, Iso Helvetinjärvi, Pikku Helvetinjärvi and Pitkä Helvetinjärvi form a narrow steeply sided chain in the deepest fault. At their highest points the fault-line scarps reach a height of 180-210 metres above the sea level. At some places the sheer cliff faces of the lakeshores rise up to tens of metres from the lake water level.

Lake Helvetinjärvi has an abundance of different natural rock formations. You can find the best ones around ravine lakes.  Along the tops of rock formations, on sheer cliffs and inside their countless nooks and crannies are unique populations of various species.

Predominantly on the cliffs which are shaded there is also a phenomenon of "dripping moss", which means moss grows down the side of rock walls in a slithering way. It can then detach itself from the surface in large patches. Types of moss which may grow this way are feather moss, dicranum and spaghnum moss. The most common moss in cliff crevices is the deliciously named Apple Moss.

Forests in their natural state

In the National Park there are still parts of the old backwoods in their natural state. Gorges and small forest ponds fringed with old-growth forest have the oldest tree stand. The trunks of the area's trees are embroidered with Lungwort (Lobaria pulmonaria), which benefit from the humid microclimate of old-growth forests. The presence of lungworts is a sign that a forest in its natural state. Hanging mosses (Usnea spp.) and lichens (Bryoria spp. and Alcetoria pss.) sway in wind from tree branches and shelf fungi bulge from tree trunks. 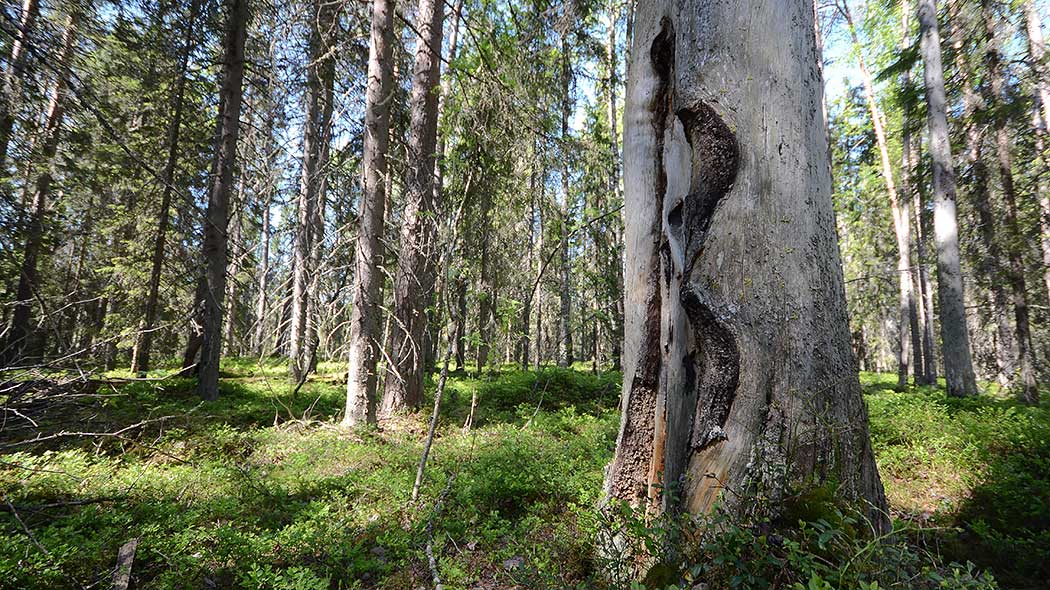 The old-growth forest can be seen for example on the hiking trail between Helvetinkolu Gorge and Lake Luomajärvi.

Helvetinjärvi National Park is in the boundary between vegetation zones, which means that northern and southern species alike can be found in the area. The Rusty Woodsia (Woodsia ilvensis), the Maiden Hair Spleenwort (Asplenium trichomanes), the Northern Spleenwort (Asplenium septentrionale), the German Catchfly (Lychnis viscaria),the Morrison's Spurrey (Spergula morisonii) and the Wood Bluegrass represent southern species, while the Alpine Catchfly (Lychnis alpina)and the Meadow-grass (Poa glauca) are northern species which grow in the area. As the soil in the area is rugged and does not have many nutrients the dominant species are non-demanding forest and mire vegetation. 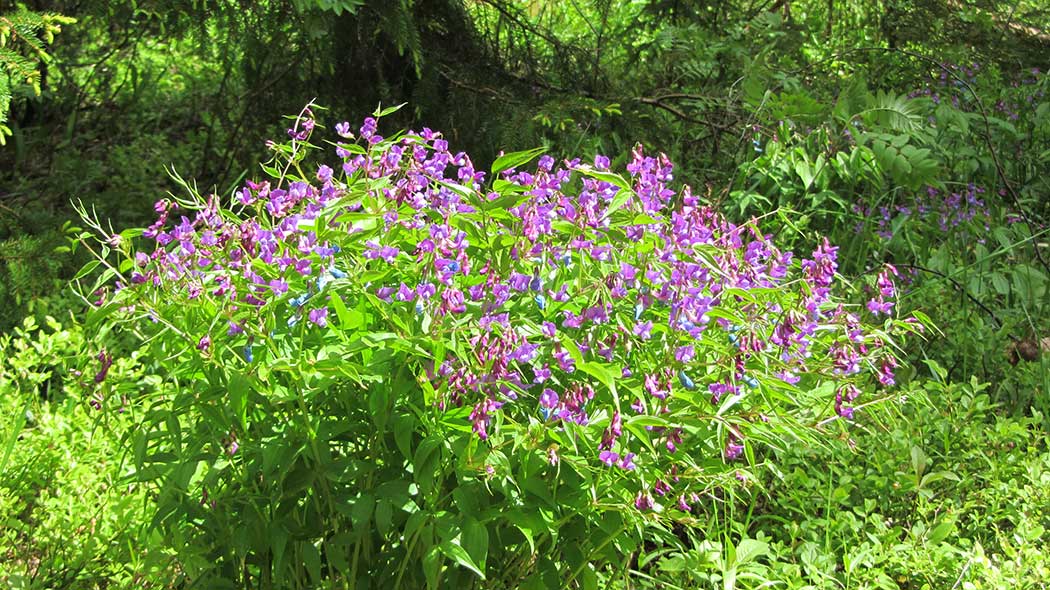 In the area surrounding the gorge the quality of the earth is somewhat better and it is in these areas that most diverse herb-rich forest vegetation is found. The Baneberry (Actaea spicata), the Meadow Horsetail (Equisetum pratense), Fragrant Bedstraw (Galium triflorum),the Green Spleenwort (Coeloglossum viride), the Glyceria lithuanica, the Common Hepatica (Hepatica nobilis), the Ostrich Fern (Matteuccia struthiopteris), the European Bird Cherry (Prunus padus),the Alpine Currant (Ribes alpinum), the Small-leaved Linden (Tilia cordata) and the European Cranberrybush (Viburnum opulus) make the area lush. 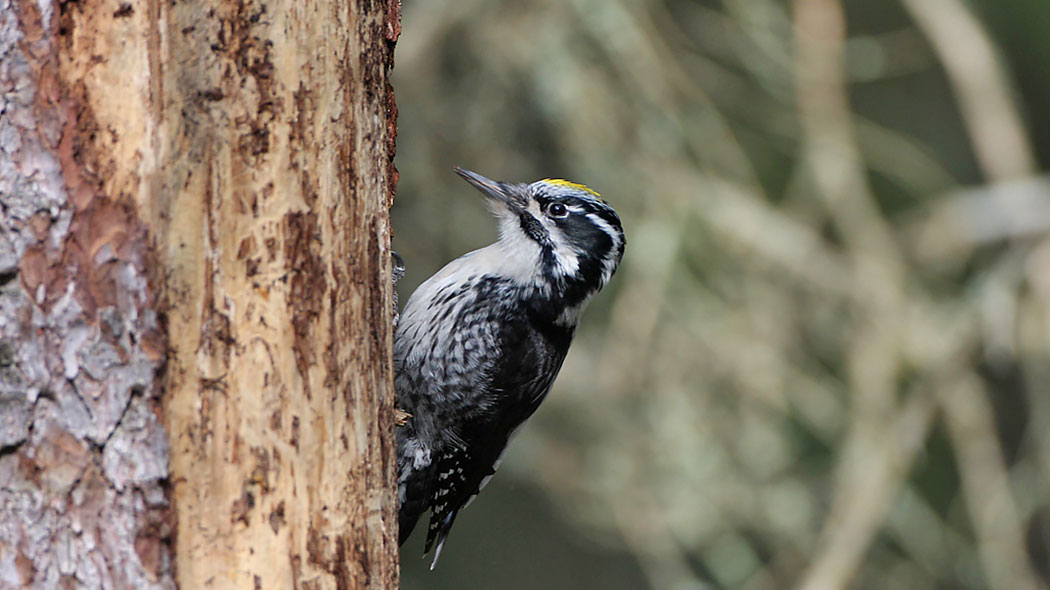 The emblem of Helvetinjärvi National Park is Helvetinkolu Gorge.