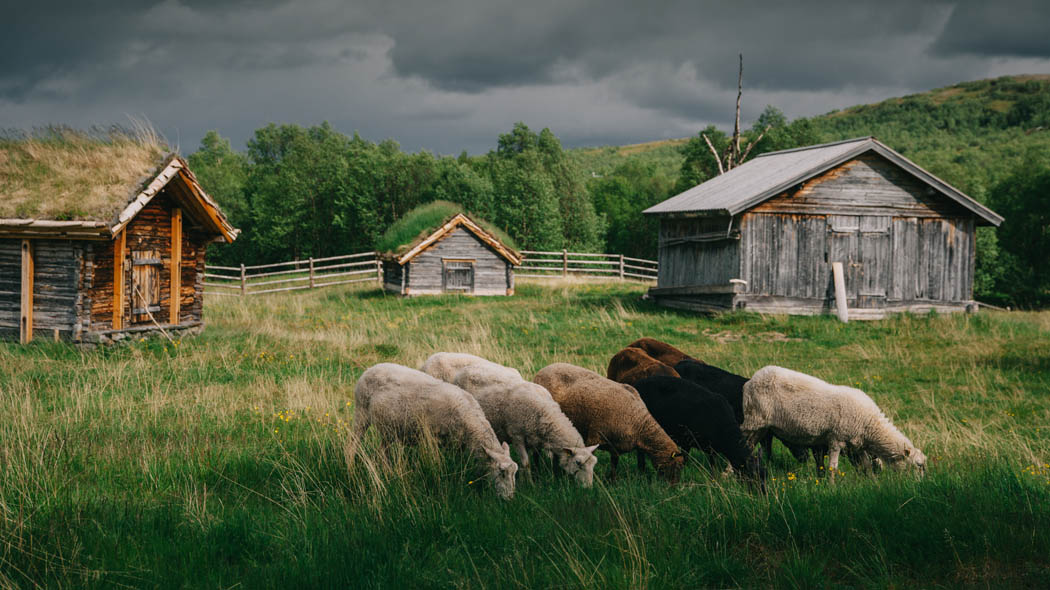 And about the History of Kaldoaivi 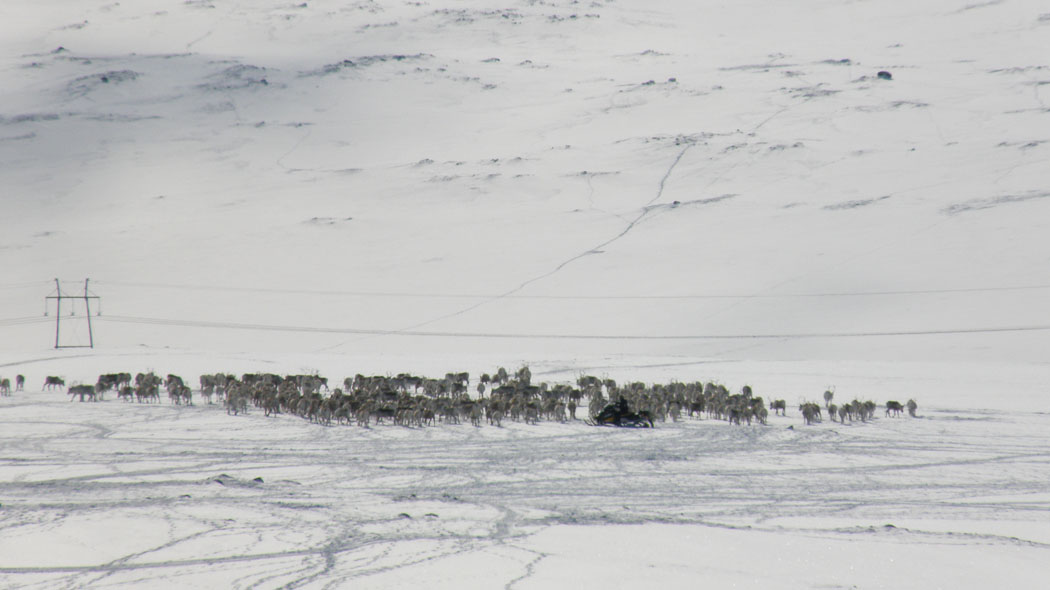 Kaldoaivi Wilderness Area has been inhabited by people from three different villages (called "siida"). Utsjoki was, since the end of 1600s, a reindeer herding village. Inari was a village of the forest Sámi people, where fishing was originally the main source of livelihood; later it was replaced by reindeer herding. Näätämö represented the eastern type of "siida", which for longest time continued the half-nomad lifestyle with four different dwelling places for different seasons.

In the old days, people were geared towards Norway: in the summer, the shores of the Arctic Sea were the destination for the migration of the reindeer. Also fishing was practised, and markets were organised there. When the border was closed in 1800s, this made it difficult for people to move. When Finland became independent, people began to become oriented towards Finland, but in practice this did not happen before roads were built. Read about the Välimaa Sámi Farm.

The former president of Finland, Urho Kekkonen, also visited Kaldoaivi on his hiking trips in Lapland. The local herding co-operatives of Kaldoaivi and Muddusjärvi had since 1957 asked for a fence to be built on the boundary between the two. This was not successful, until in 1960 president Kekkonen was fishing at Vuobme-Gálddojávri, and the reindeer owners brought about a herd of ten thousand for the president to see. He was impressed by the number of the reindeer, and money was allocated for the fence, which was built in 1962 -1963.

There are no permanent inhabitants in the wilderness area. However, there are many buildings for temporary use: fishing cottages of the Koltta Sámi people, reindeer herders's cabins, open wilderness huts and rental huts. In the old maps, you can see many cabins of willow grouse hunters, fishing cottages and other huts which have been built in the old days for hunting and fishing trips lasting for weeks. These buildings have deteriorated in process of time, being no longer in use. The local people still go fishing and willow grouse huntingin the traditional way, but often they go home for the night. 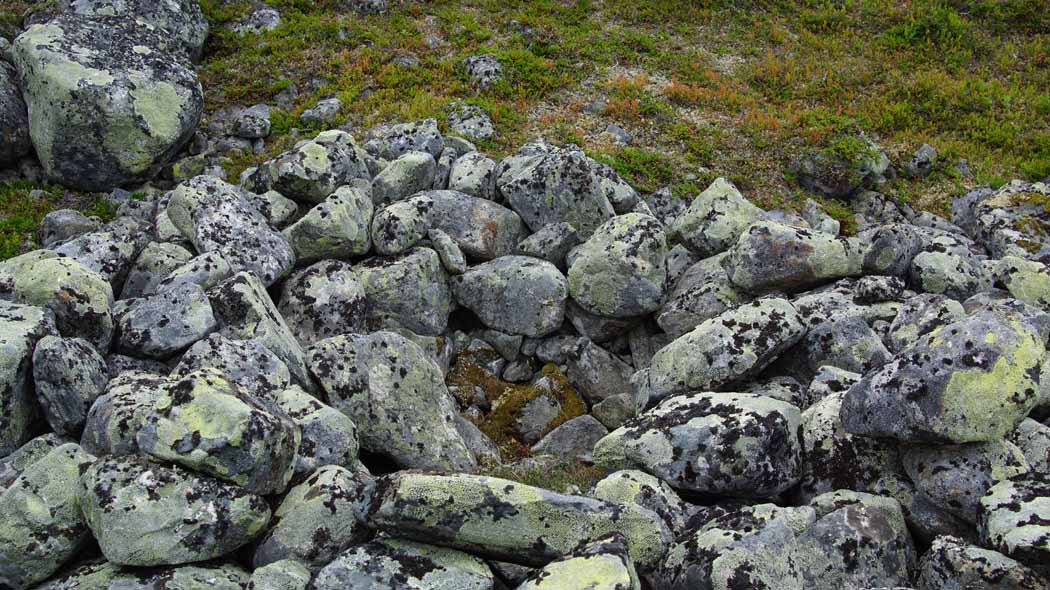 There are reindeer belonging to four different local herding co-operatives (Kaldoaivi, Näätämö, Muddusjärvi and Vätsäri) in the area. The pastures of the local herding co-operative of Kaldoaivi are mostly inside the wilderness area and on the protected mires. In the summer, the reindeer are wandering in a large area inside fences. In the autum, they are collected inside a smaller fence in Annivaara, which is located next to Skalluvaara (Skállovárri) reindeer round-up. The reindeer are earmarked during the autumn and the early winter. In Skalluvaara, the reindeer owners have their own cabins, where they live during the marking period. After the reindeer herds have been separated from each other, they will be taken to different pasture areas.

Välimaa Sámi Farm was built in 1858, on ancient fishing grounds by the River Teno. People on the farm fished and tended sheep in this magnificent setting. Today, the farmyard is a unique historical sight and a genuine piece of Sámi history, a relic of the old way of life in the rugged but beautiful natural setting of the extreme north of Finland. 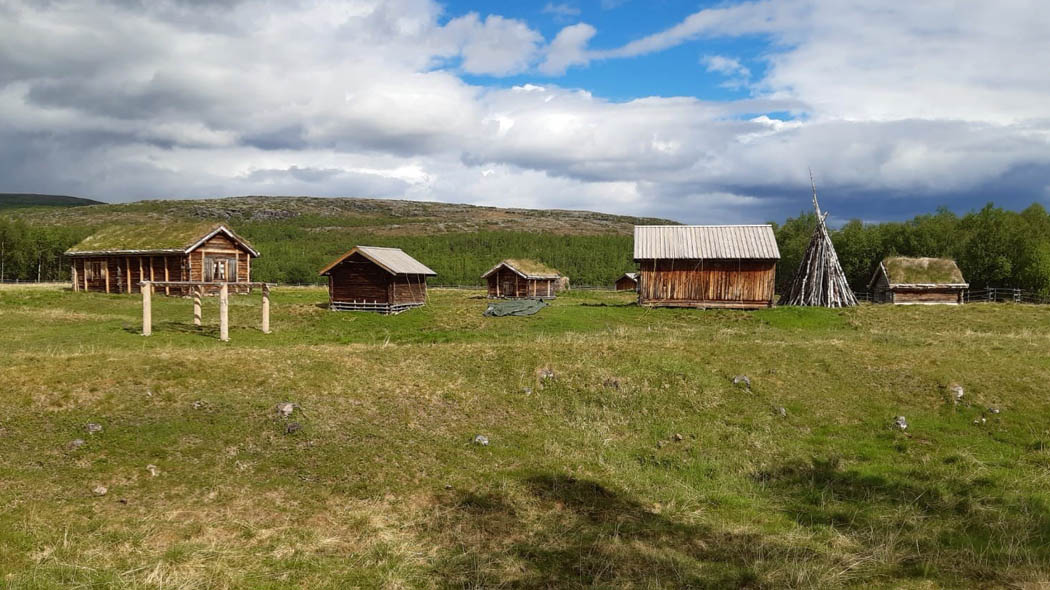 The Välimaa Sámi Farm is situated in a beautiful setting on the River Teno. Here, you can visit a genuine Sámi Farm in the extreme north of Finland. The buildings are locked but the farmyard is open for visitors.The farm is easiest to explore when there is no snow on the ground. The lay-by about 300 metres away from the farm is maintained by the road authorities, even in winter.

The Välimaa Farm was founded in 1858, but there are traces of even earlier settlements on the site. With its timber and turf buildings, the Välimaa Farm, which is still on its original site, is a prime, nationally important example of an old Sámi farm based on river fishing and rearing sheep. This rare complex is one of the finest historical sights in Utsjoki and a unique ethnological jewel. More information on the history of Välimaa Sámi Farm
The Välimaa Sámi Farm is situated in the heart of Northern Lapland's landscape. The farmyard is a valuable heritage environment. The flora thriving in the meadow includes harebell, globeflower, yellow rattle ssp. groenlandicus, Alpine mouse-ear, the threatened Norwegian cinquefoil and wild chives var. sibiricum. Mowing and grazing provide light and space for these plants. The birch grove next to the Välimaa home meadow is enormous in view of the circumstances. In fact, at around 300 years old, these birch trees are thought to be the oldest in eastern Finnmark. 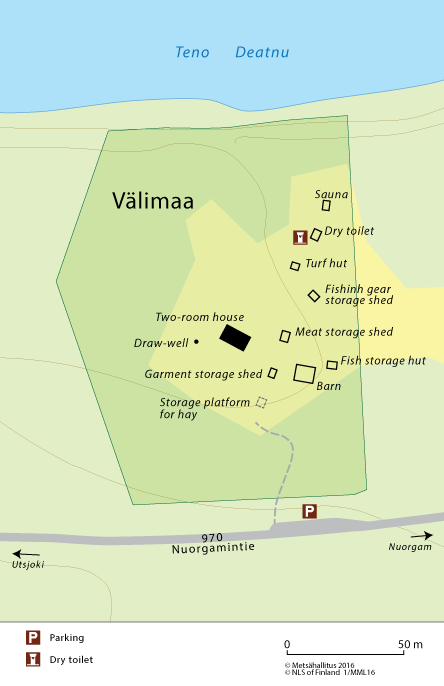 Vegetation on the Välimaa Sámi Farm

The grounds of the old Välimaa Sámi Farm are primarily dry and fresh hay meadows dominated by tufted hair-grass, sheep's fescue, common yarrow, European goldenrod and Arctic bramble. There is dry heath field closer to the shore. The field has been cleared of trees and saplings, thus opening a view of the Teno River. The field is now taken care of by sheep in the summer, which are owned by the lucky shepherds selected for the shepherding weeks.

Some of the endangered species growing in the Välimaa field are the threatened grape-fern, the near-threatened leathery grapefern and common moonwort, and chives. Flying above the vegetation, visi-tors might spot the near-threatened woodland ringlet butterfly. Noteworthy species also include the tall Jacob's ladder, Alpine bistort, garden speedwell and globeflower. 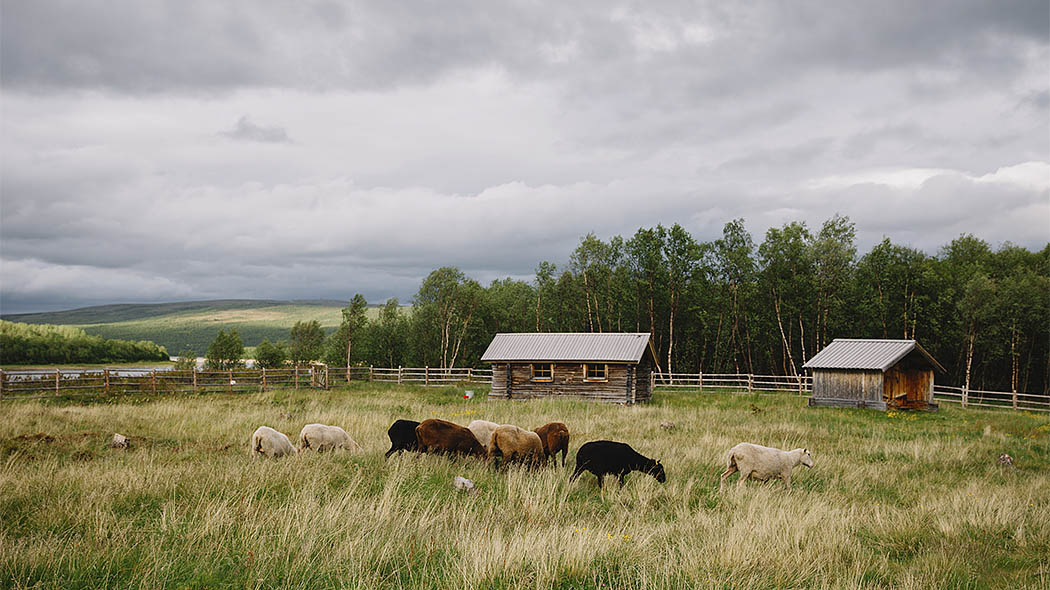 History of the Välimaa Sámi Farm

Välimaa is a fine example of an old Sámi farm, where fishing and cattle husbandry were the main sources of livelihood. The farmyard of this old Sámi farm on a grassland platform by the River Teno is home to historic buildings and the old foundations of Lapp huts.

An Ancient Base for Hunting and Fishing

The Välimaa Farm has long been used as a base for dwelling and fishing. Some fishermen who arrived to enjoy the bounty of the River Teno stayed at the site where Välimaa Farm now stands. Proof of this is provided on the Välimaa farmyard by several foundations remaining from Lapp huts, or depressions left by dwellings. Although dating these remains is guesswork, the site has probably been inhabited since at least the 1600s, and possibly even since the Stone Age. 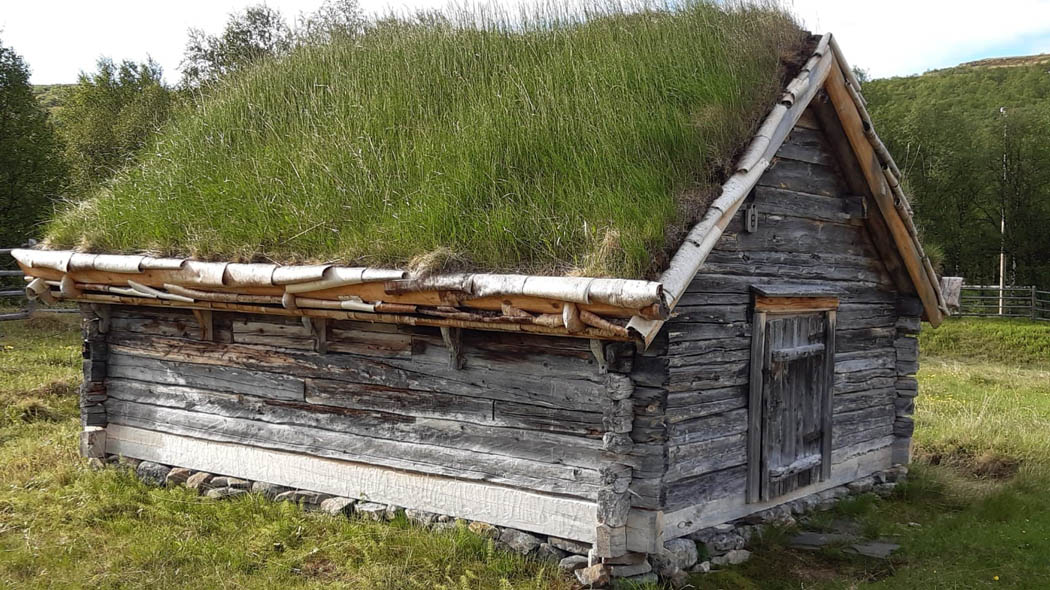 Välimaa Farm was established in the Nuorgam village in Utsjoki in 1858, as a result of the declaration on the settlement of northernmost Lapland. The Swedish Crown reigned over the area as early as the 1700s, encouraging settlers to move to Lapland. During Russia's reign over Finland, the farm system that prevailed in other parts of the country spread to Lapland.

The Välimaa Farm was founded by Sámi fisherman Antti Jouninpoika Warsi near his father's meadows and traditional fishing waters. The farm's livelihood was based on fishing and the tending of livestock, mostly sheep. The barren natural conditions of the north did not support crop farming.

The buildings on the homestead represent the traditional building methods of the river Sámi people, being reminiscent of their ancient way of life close to nature. The fenced in farmyard contains a two-room house, a turf hut, a woodshed, a meat storage shed, a fish storage shed, a shed for fishing and hunting gear, a storage platform shed and a draw-well. Most buildings are made from timber, with a traditional turf or plank roof.

An Abandoned Farm Becomes a Landmark of Sámi Culture

The Warsi family lived on the Välimaa Farm until the 1970s. In 1981, the National Board of Antiquities bought the farm for preservation as a memorial introducing visitors to the river Sámi culture. Some of the buildings had already deteriorated due to being uninhabited, but have been repaired since.

The site is now administered and managed by Metsähallitus Parks & Wildlife Finland.