The soil of Vätsäri is extremely cobbly, and there are thousands of small lakes. Also the rocky bays of the large Lake Inarijärvi extend into the backwoods. The rock foundation is mostly formed of gneiss, so the soil has a bit more nutrients for plants than in the western parts of Inari, for example, where granulite is common. 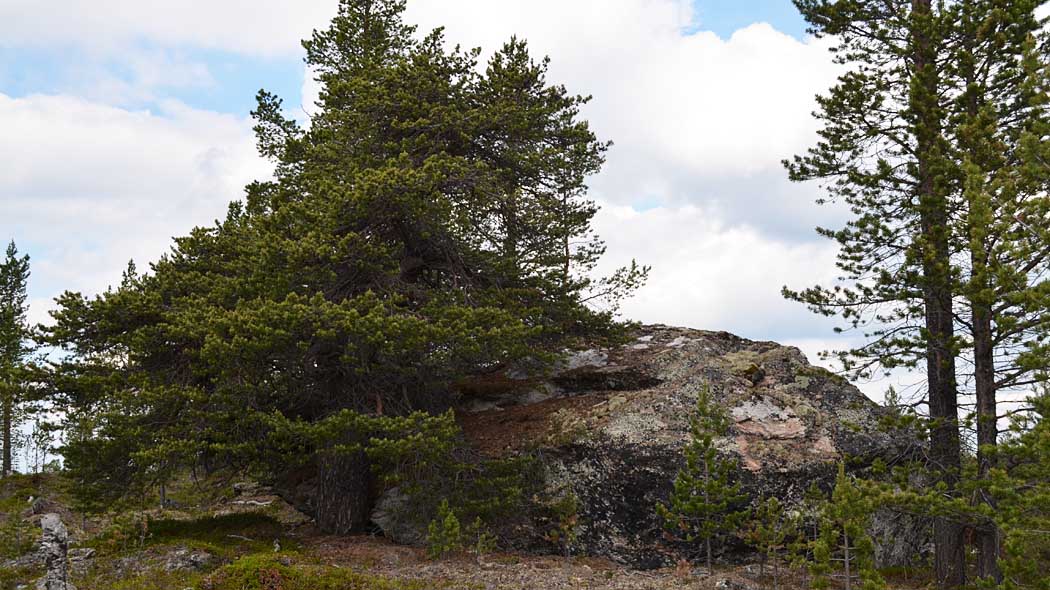 The highland of Vätsäri is sparsely wooded, and there are mires, mostly in the southern parts of the wilderness area. The barren pine bogs and open bogs are also rocky, fragmented and wet in some places, so the terrain is not easy for hikers. In addition to rocks, the southern parts of the wilderness area are dominated by a continuous pine forest. In the 1960s, the caterpillar of the Autumnal Moth (Epirrita autumnata) destroyed the fell birch forests in the northern part of the area by eating all the leaves. The birch forests did not recover since, so a part of the area is almost treeless. In all, the set of plant and animal species in Vätsäri is typical for the harsh environment, without specialities. The nearness of the Arctic Sea, however, adds its features to the area: During the migrations, many birds of the Arctic Sea can be seen in Vätsäri, and in the valley of the River Paatsjoki, on the Norwegian side of the border, Asian, European and Arctic species can be found. A lot of research is carried out there by the Norwegians.

The Country of the Spotted Redshank

The backwoods of Inari are the domain of the Spotted Redshank (Tringa erythropus). This bird is just like the summer in Inari - it only stays for a little while. It returns to Lapland from the Western Africa in May, and in the beginning of the summer, as soon as the eggs are laid, the females start their journey back to Africa. The males stay behind to sit on the eggs and take care of the young. This pitch-black bird keeps company to a hiker in the beginning of the summer, when its warning cry can be heard on the mires. The Spotted Redshank obviously enjoys the peace of the wilderness in Lapland, because as much as 65 % of its population in Europe nests in Finland. 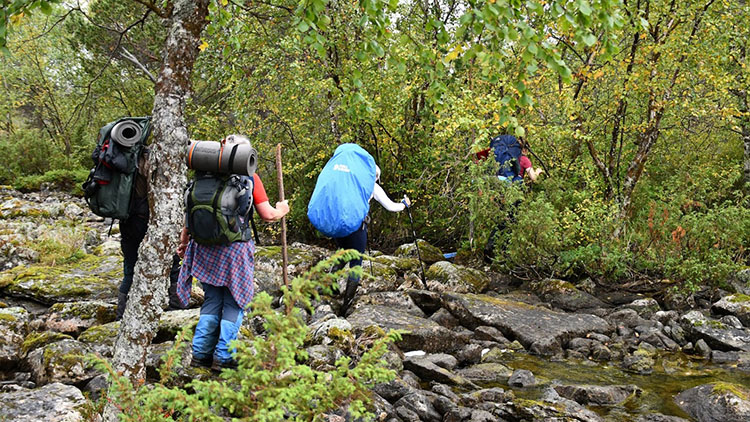 The Wilderness of Small Predators

The Fox (Vulpes vulpes), the Stoat (Mustela erminea) and the Pine Marten (Martes martes) are the only predators which are quite common in Vätsäri Wilderness Area. In the southern parts of the area, there is a permanent Brown Bear (Ursus arctos) population, but the Wolverine (Gulo gulo) is rare in the wilderness area. There have been no sightings of the threatened Arctic Fox (Alopex lagopus) for a long time. Wolves (Canis lupus) cross the area on their way from east to west.

The Diverse Set of Fish Species

There are different species and forms of salmonids living in the wilderness area. The original species of the area include the Whitefish (Goregonus lavaretus), the Lake Trout (Salmo trutta lacustris), the Arctic char (Salvelinus alpinus), the Grayling (Thymallus thymallus), the Pike (Esox lucius), the Perch (Perca fluviatilis), the Burbot (Lota lota), the Three-spined Stickleback (Gasterosteus aculeatus), the Nine-spined Stickleback (Pungitus pungitus) and the Minnow (Phoxinus phoxinus) which is the only fish species in the area belonging to black clams. Especially in Lake Inarijärvi, there are many subspecies of the Whitefish, some of which are dwarf forms. All of these forms are nowadays considered to be subspecies of Goregonus lavaretus. There are also two different forms of the Arctic char, one of which lives in the lakes of Vätsäri highlands as well as in Lake Inarijärvi, and the other one lives especially in Lake Inarijärvi.

After the Second World War, the Soviet Union started to build a water-power station in the River Paatsjoki, and they started controlling the water level in Lake Inarijärvi in 1948. The water level of Lake Inarijärvi was already regulated in 1941-1944, but the dam was destroyed during the war. Regulation had a catastrophic effect on the natural fish population in the lake, and the state had to start managing the fish population by obligatory fish planting, which started in 1976. Fish had been planted in the area already before that, and three new fish species have come to Inari area because of planting: the Lake Salmon (Salmo salar lacustris), the Lake Trout (Salvelinus namaycush), and the Vendace (Coregonus albula). The Muksun (Coregonus muksun), a new form of the Whitefish, has also been planted in the area.