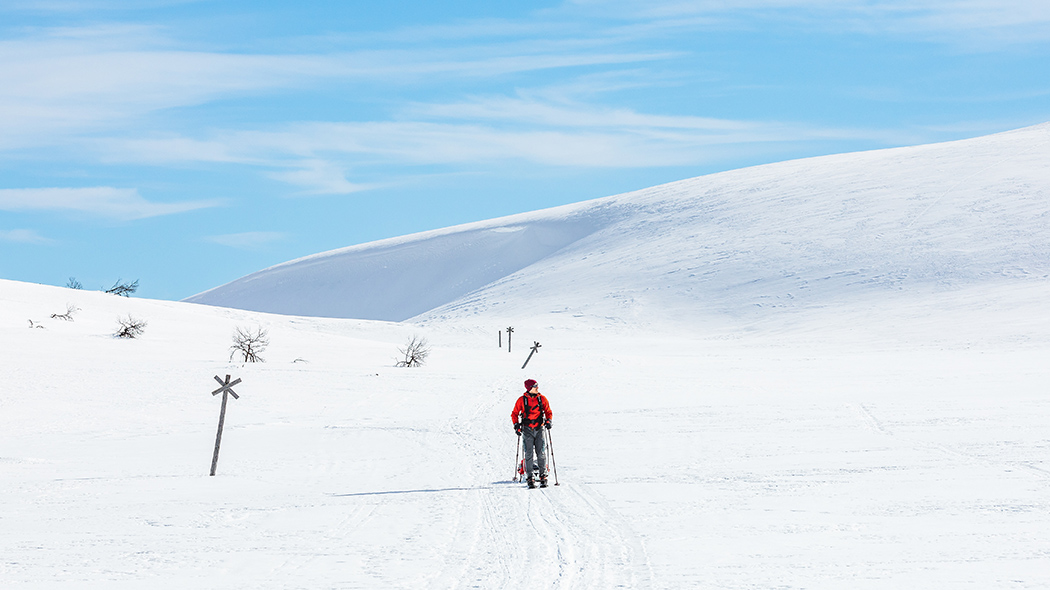 Most popular long distance hiking trail in Pallas-Yllästunturi National Park is the 50-km-long Hetta-Pallas Hiking Trail. The route for this trail was outlined in 1934. The trail leads over fells, sometimes descending to the ravines below to once again as if to prepare hikers for the breathtaking view from the top of the next fell. The trail is marked with arrow signs.

Season: The best time for hiking begins at June 21st. Season goes on until mid-October, when there are only a few random wanderers on the trail and first snow comes. Note: By the beginning of June snow has for the most part melted from the area, but because of the water from melted snow and ice the trail is wet and susceptible to erosion.

There is also a cross country skiing trail between Hetta and Pallas. The distance is between 53 and 60 km depending on what route you choose. The winter trail leads lower on the slopes than the summer one through forest landscape and across mires, though between the Sioskuru and Hannunkuru Ravines the trail goes on an open and exposed fell area.

Season: Cross country skiing trail between Sioskuru and Hannukuru is open from mid-March to end of April! The maintenance of other ski tracks begins in mid-February. If you wish to follow these trails earlier, you must have the skills to navigate in demanding conditions: the daylight hours are still short, and you cannot rely on finding any ready-made tracks.

The distances between the huts are longer in the winter trail than in the summer trail. The trail is marked with a wooden cross in open areas and in wooded areas with a blue triangle painted in trees. Winter routes are not suitable for summer hiking because they often run on wet soils. Read more about Hetta-Pallas winter trails. 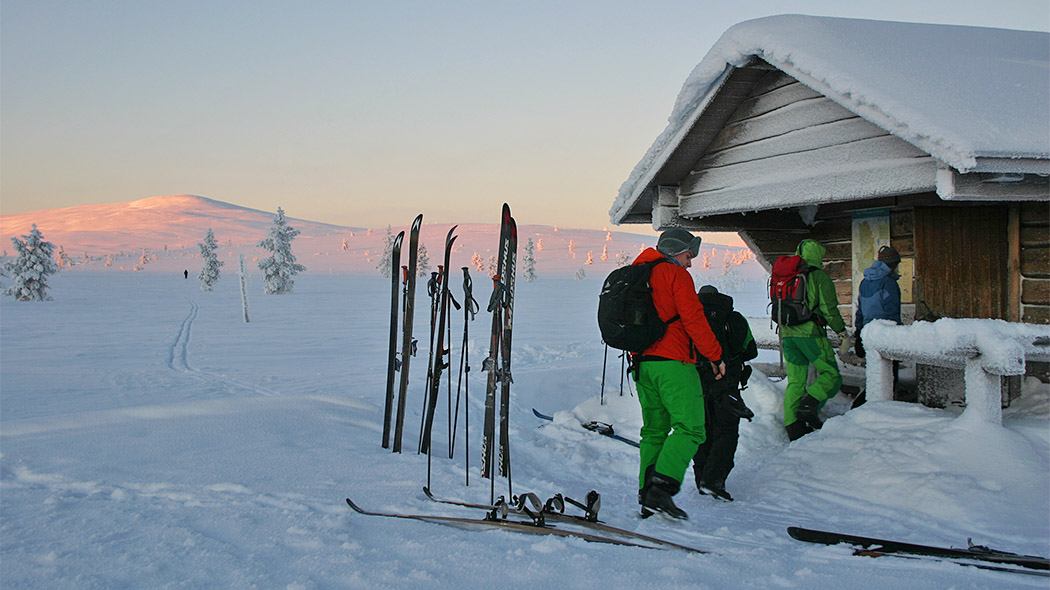 It is possible to walk from Hetta to Pallas with snowshoes along the summer trail, which is marked with arrow signs. Summer trail is not maintained in winter time. Snowshoeing is not allowed on the maintained ski tracks.

In winter, trekking is very demanding. Harsh weather and poor light in the middle of winter cause difficulties. The weather may change rapidly on the fells. A quickly forming fog or blizzard may cause dangerous situations. The temperature can drop to -40° and during the darkest part of winter there is sunlight for only a couple of hours. The hard winds on the fells make the coldness even worse.

Cycling is allowed in summer on Hetta-Pallas trail. Please, remember, it is not allowed to deviate from the officially marked summer trails.

This is the web page nationalparks.fi/hettapallashikingtrail

Other trails of Pallas-Yllästunturi National Park