Because of the coronavirus, safe distances should be kept even in nature, and thorough hand hygiene should be followed at huts, campfire sites and after using the toilet. Metsähallitus' policies and guidelines will be updated as the general corona guidelines become more specific. Check our website for the current situation: www.nationalparks.fi/coronavirusguidelines.
The western part of Holma Island is included in Archipelago National Park

Holma Island is part of the municipality of Kimitoön and is located approximately 3 km southwest of Kasnäs. There is a 2.4 metre-deep route on the southern side of the island. 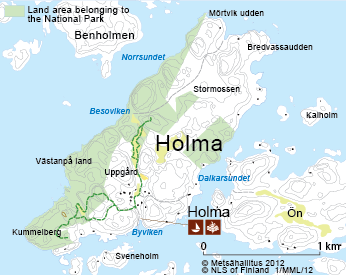 There is an excursion harbour on the southern side of the island in the vicinity, near Byvik. 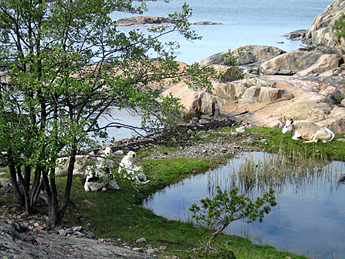