The most important uses of old the Luiro Mires were as a fishing and hunting area and as a haymaking area. The inhabitants of the area lived by a natural economy and the old uses of the mire area supported the locals' livelihoods. Herding of livestock has been a livelihood since the 1700s. There was pressure to use the hay in the mires up into the 1900s. Hay was gathered especially from river banks, but also in the mires and mire meadows.

There were meadows of the entire length of the River Verkko-oja and in these meadows there were 15 barns. The upper part of the river was used by residents of Luiro Village while the lower part was reserved for Kairala. Hay was also made on the banks of the Rivers Alimmainen Lämsänoja, Ylimmäinen Lämsänoja, Hietajoki, Karhujoki and Luirojoki. The best peatlands were located in Sudenvaaranaapa. There were no barns in the middle of the peatland, but there are visible remains of hay ricks. Hay was made on top of ice as well and at a fork in the River Verkko-oja there is a dam, with which water was lifted into the meadows to enhance the growth of hay. The dam was opened each year at about midsummer. The ruins of Karko cabin, which was used by haymakers, stand on the western edge of the area, near the village of Luiro. After the war fields were sectioned off and the practice of haymaking in the mires ended. There are no longer barns in the mires, as they have been transported from the area to be used a firewood.

The River Luirojoki has long been known for its big salmon and its abundant fishing waters. The area had an abundant burbot population and there were large brown trout (Salmo trutta fario), grayling (Thymallus thymallus) and whitefish (Coregonus lavaretus) in the smaller rivers. Small eels (Lampetra fluviatilis ) were also fished for as bait for burbot. The mires were an important bird hunting area. Hundreds of willow grouse (Lagopus lagopus) were caught in the areas right by Luiro Village and at Sudenvaaranaapa they were yarn traps. Ground dwelling birds were caught with twig traps and each hunter had his own designated trapping spot. Other animals which were hunted in the area were squirrels (Sciurus vulgaris), foxes (Vulpes vulpes), stoats (Mustela erminea), otters (Lutra lutra) and hares (Lepus ). 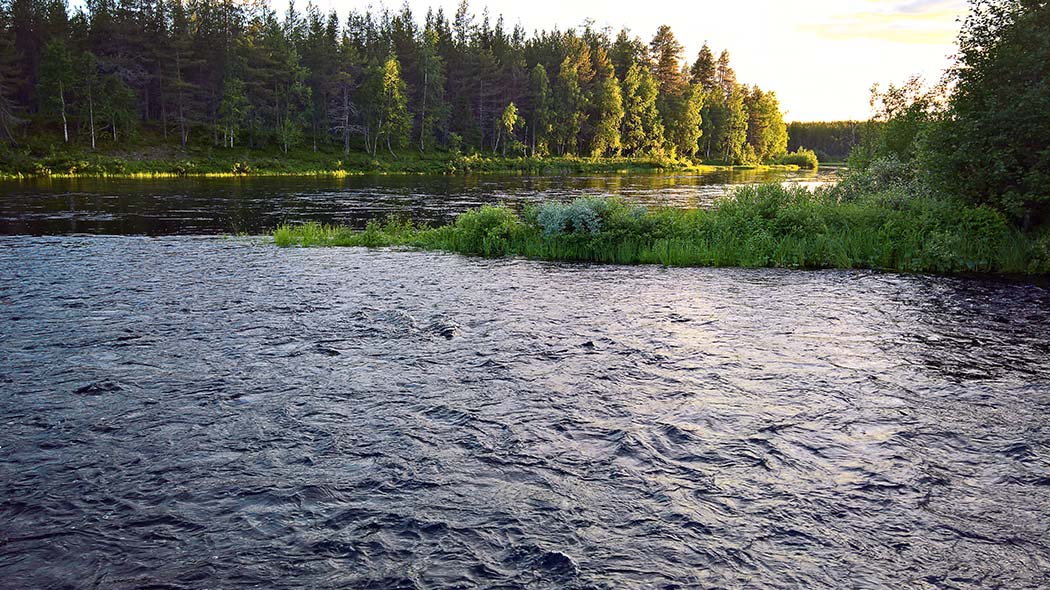