UNESCO Global Geopark sites tell about the birth of our planet and the story of how cultures formed in natural sites all over the world. UNESCO Global Geopark status has been granted to 161 (as of 2020) unique geological tourism sites all over the world. The unique aspect refers to the fact that each Geopark contains internationally valuable rock or soil structures and formations. 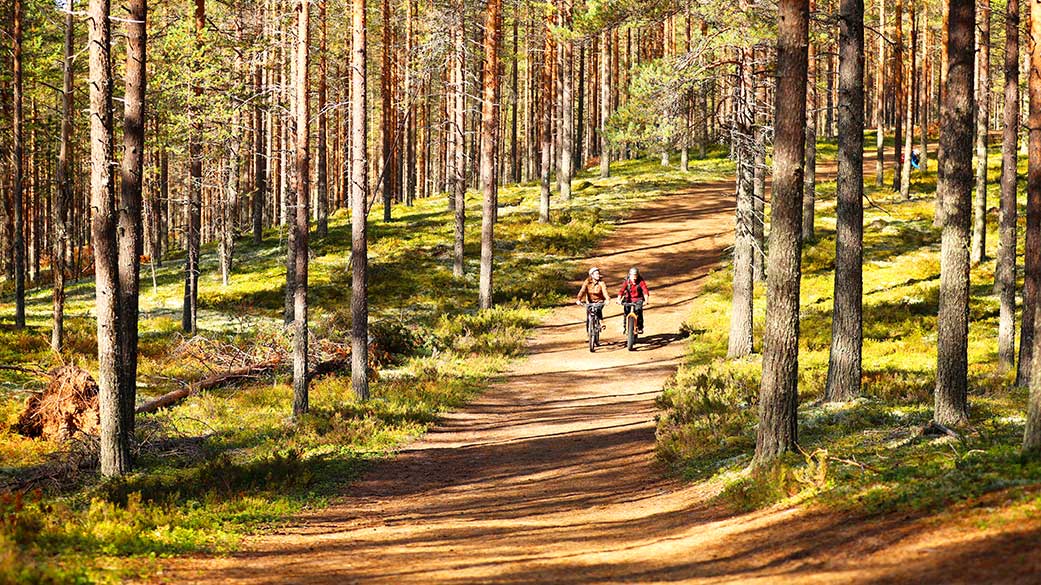 Rokua Geopark is located in Northern Ostrobothnia in the municipalities of Muhos, Utajärvi and Vaala. It is Finland's first destination in UNESCO's IGGP (International Geoscience and Geoparks Program) program. Rokua Geopark tells the story of the last Ice Age: How moving ice has shaped nature, how man has followed melting ice and the retreating seashore, and left his mark on the environment. The area's diverse hiking opportunities, natural and cultural attractions and tourist services offer interesting discoveries in Nordic nature. 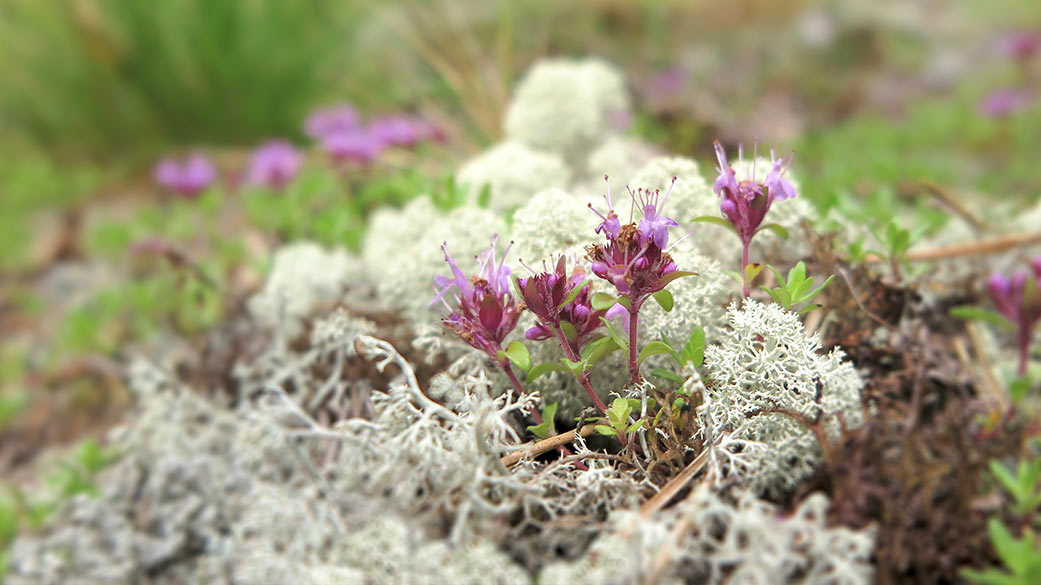 Rokua Geopark includes three different landscape areas: Rokua, River Oulujoki and Lake Oulujärvi. The heritage of the Ice Age is evidenced by the area's rolling ridges, deep furrows, clear-water lakes and ponds, and fertile river valleys. The bedrock structures tell a much longer history, as in some places gneiss rocks up to 2.8 billion years old are part of the EU's oldest bedrock. Valuable geology is reflected in many ways in biota and in the history of human settlement. Rare insect and plant species such as wild thyme and dune butterfly are found on the slopes of the ridges. By the waters and on the slopes of the ridges, there is a valuable cultural-historical ensemble, from the traces left by the first stone-age inhabitants to the tar age, rapids tourism and modern architecture.

In the are you can also find Rokua National Park , Oulujärvi Hiking Area and Liimanninkoski Rapids´ herb-rich forest protection area. 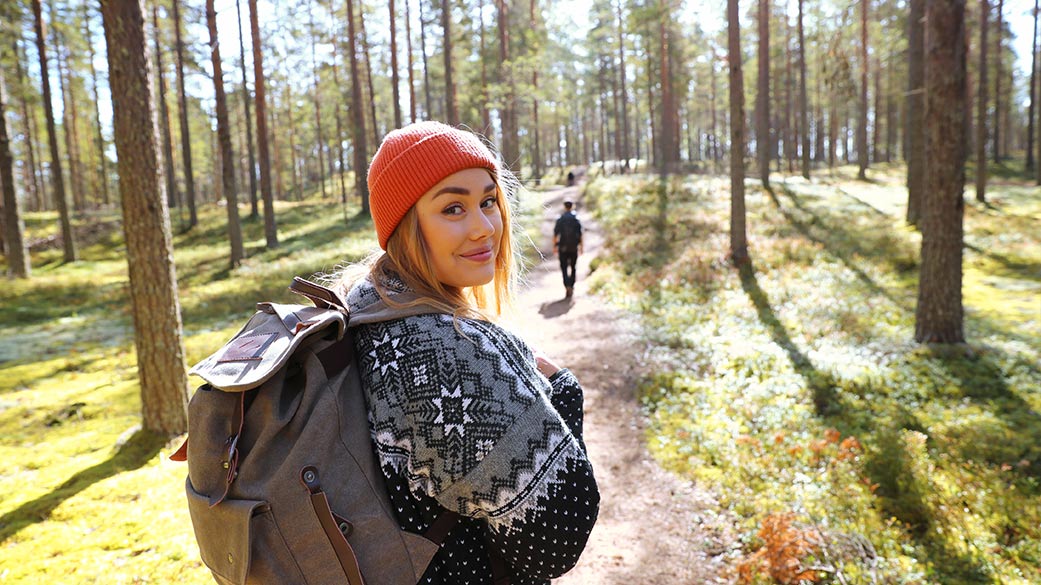 Experience the serenity and mystique of the wild mires and discover the traces of the past geological drama.

Lauhanvuori - Hämeenkangas Geopark in the border regions of the three provinces, in the area of ten municipalities, brings together the region's internationally significant geological heritage, valuable nature, special features of local culture and the most attractive tourist services.

For hikers and nature walkers, there are versatile routes from pine forests to mystical bog wilderness. You can get to know the natural wonders of the Geopark up close and take a dip in the clear lakes and exotic salines. Enjoy memorable delicacies made from pure ingredients in the area’s restaurants and cafés or buy ready-made picnic lunches. 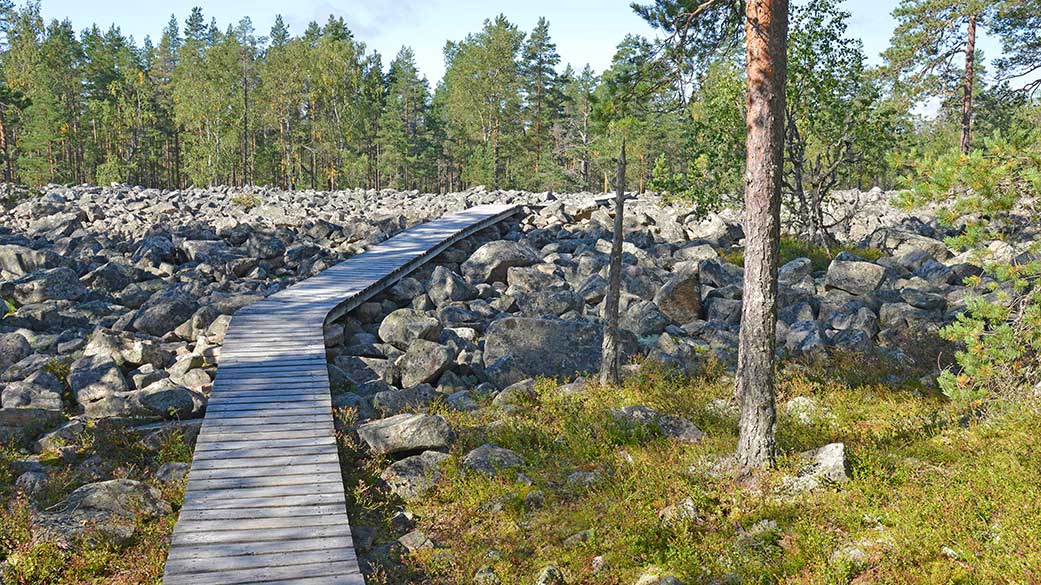 Lauhanvuori - Hämeenkangas Geopark received UNESCO Global Geopark status in 2020, as the second Finnish Geopark. The area is about an hour's drive from the regional centers of Pirkanmaa, Satakunta and Southern Ostrobothnia, Tampere, Pori and Seinäjoki. Trains stop in the Geopark at Parkano Station. 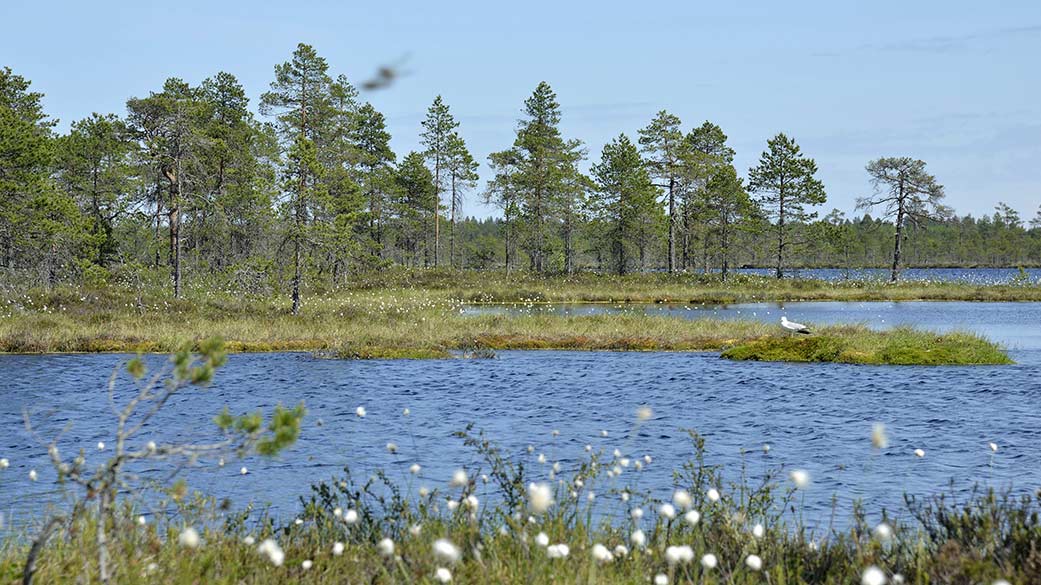 Lake Saimaa has spectacular views to a maze of archipelagos, sandy beaches, clear water and ancient bedrock, as well as human life over millennia. Saimaa Geopark introduces Southern Saimaa in a brand new way through the story of the geology, nature and human life of the labyrinthine body of water. The development and the water levels of the Saimaa Lake District during the period following the last ice age have been particularly affected by southeastern tilting of the land due to uneven uplift. On the shores of Saimaa, this development can be seen at different altitudes as ancient beaches and prehistoric rock paintings on steep cliffs. 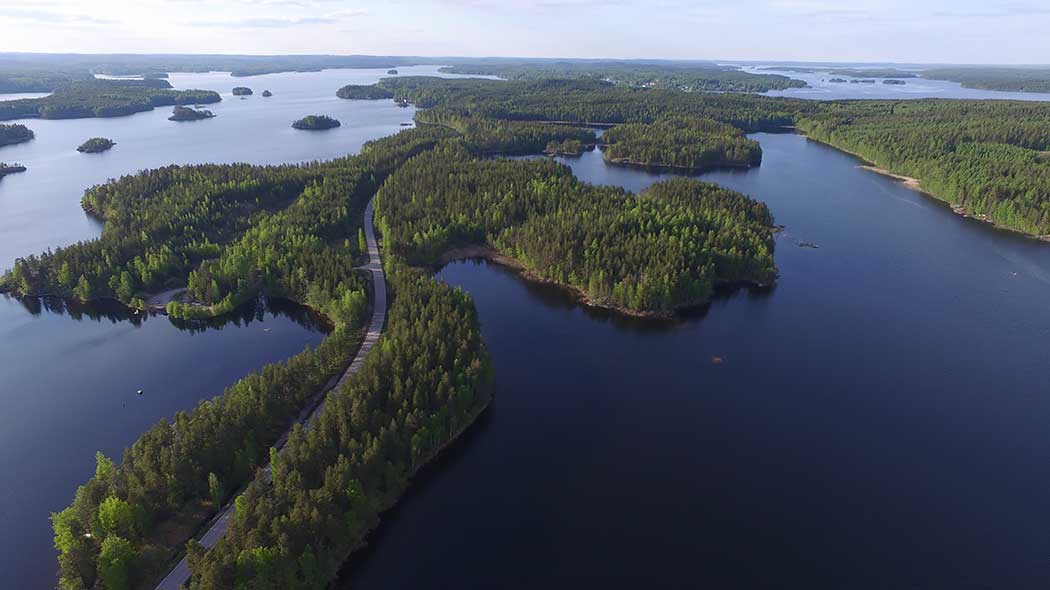 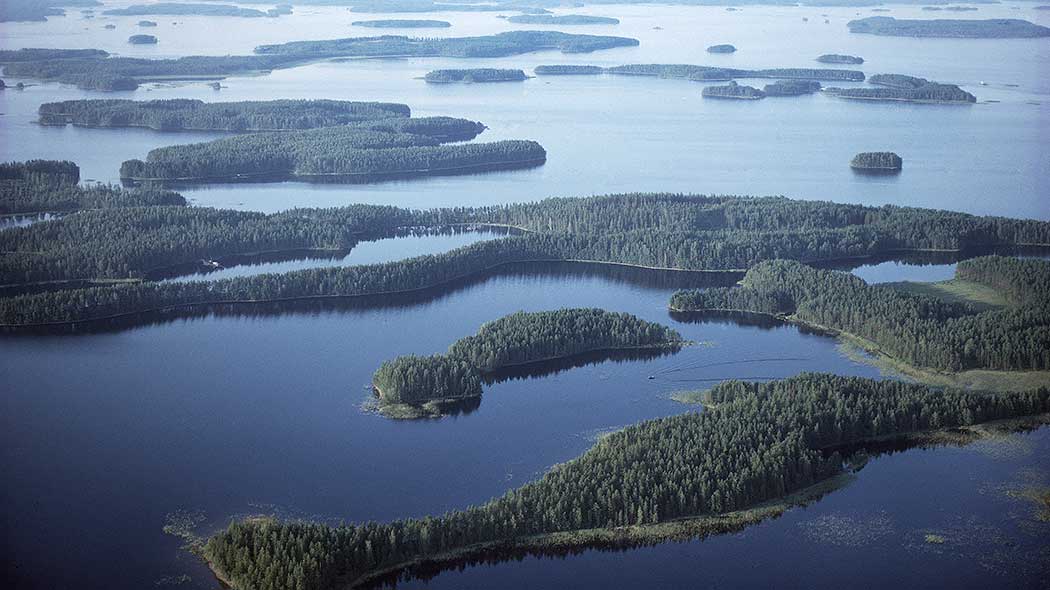 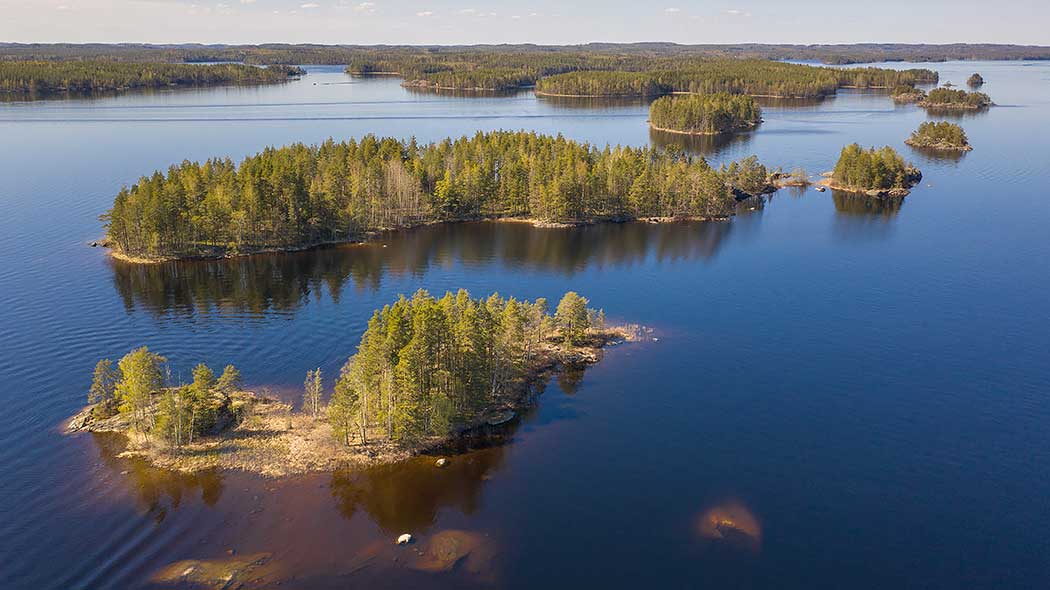 The Salpausselkä Geopark, which spans six municipalities in the Päijät-Häme region, highlights geologically significant sites and impressive landscapes from the First Salpausselkä to the southern part of Päijänne. 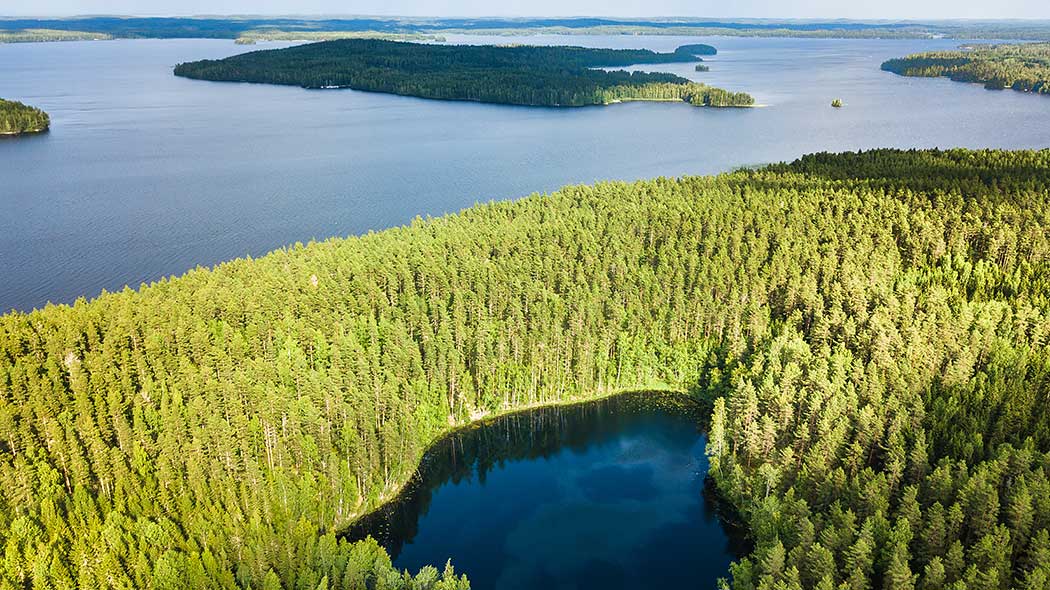 The Salpausselkä eskers are Finland’s most internationally recognised geological natural heritage site. The First and Second Salpausselkä, which stretch across the entire southern part of Finland, are at their highest and most spectacular in the Salpausselkä Geopark area. In combination with long ridge formations fanning out to the north, they form a unique entity that illustrates the flow of ancient glacier rivers in the area. The Salpausselkä eskers and ridges with their beautiful outdoor recreation areas and massive groundwater reserves were formed from gravel and sand during  the final stages of the last Ice Age. The gravel and sand were mainly transported, filtered and layered by streams of meltwater. The continental glacier and its meltwaters also contributed to moulding the rocks formed in the area almost 2 billion years ago into what we see today. The hundreds of lakes in the area, ranging from small kettle ponds to Finland’s second largest lake, offer amazing views and great recreational opportunities.

Find out more about Päijänne National Park and the Paistjärvi protected area.

Finland also has many other valuable and interesting geological nature sites. The most valuable of these is the Kvarken Archipelago, which is Finland's only World Natural Heritage site on the UNESCO World Heritage List. 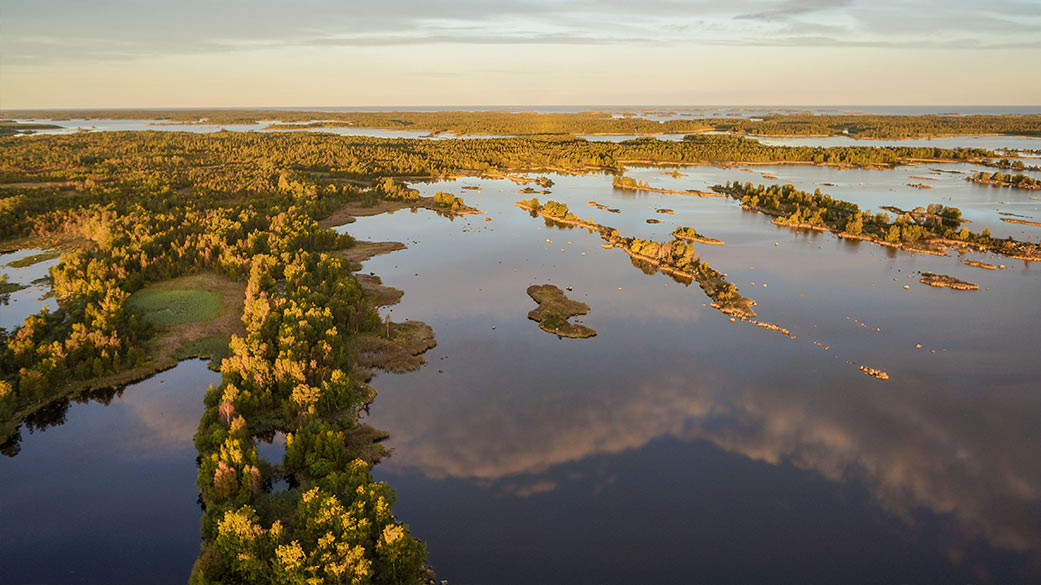 Read more about the Kvarken Archipelago.