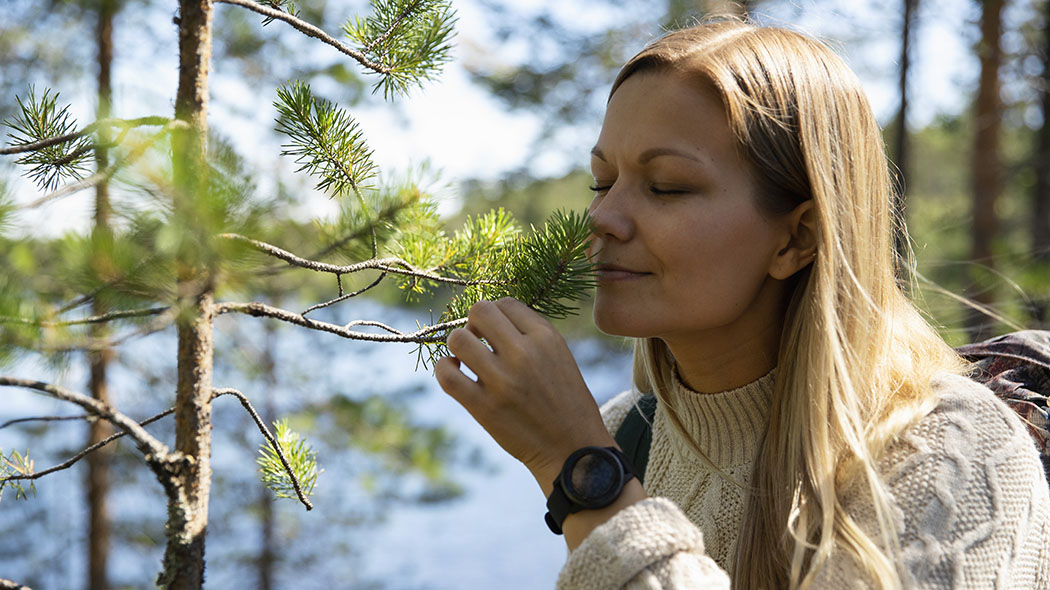 The Iso-Palonen - Maariansärkät Nature Reserve (4,031 ha), located in the eastern part of Kuhmo, is a tapestry of small lakes, numerous ponds, pine heaths and eskers. 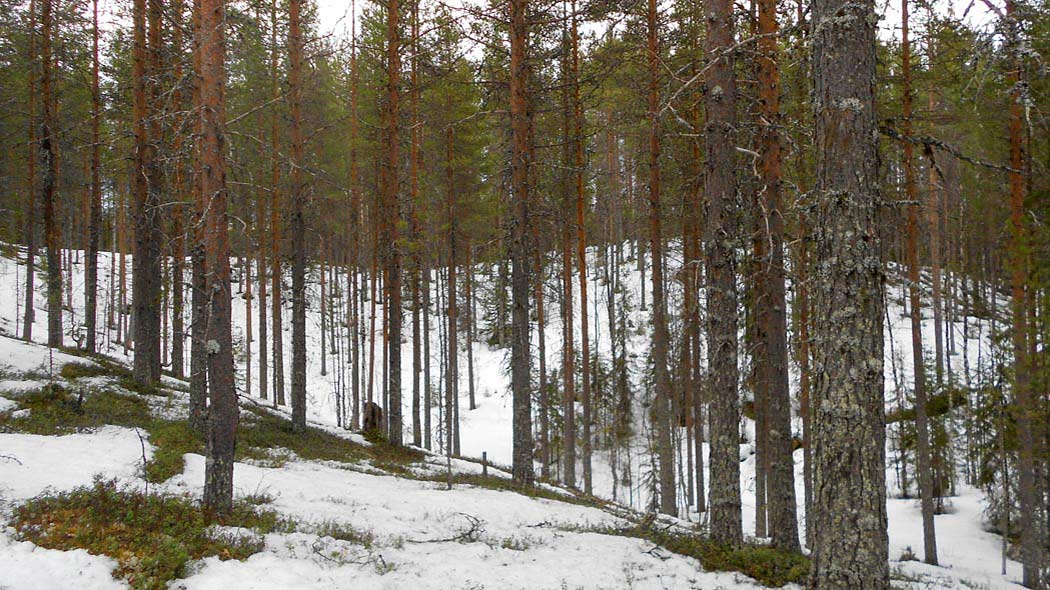 The esker formation crossing the reserve has been an important area for the migration of the wild forest reindeer. Here, amidst the eskers, they have found a sheltered feeding and breeding ground. In this same environment, hikers can also find a place where they can break loose from their everyday routines, let their minds rest and enjoy the offerings of nature. 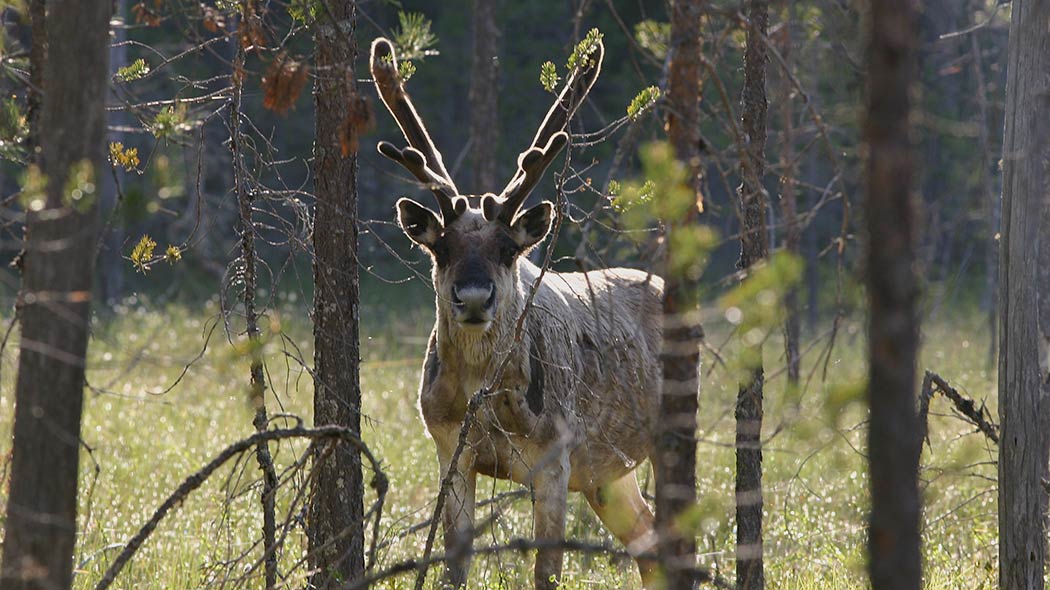 The best attractions in Iso-Palonen - Maariansärkät are the esker formations and the small and large water bodies intersecting them. Also, worth your attention are the traces left by humans during various epochs. The structure of the forests shows that humans have used them for a long time. You can see the bases of tar-burning pits and traces of human settlement dating from the Stone Age. 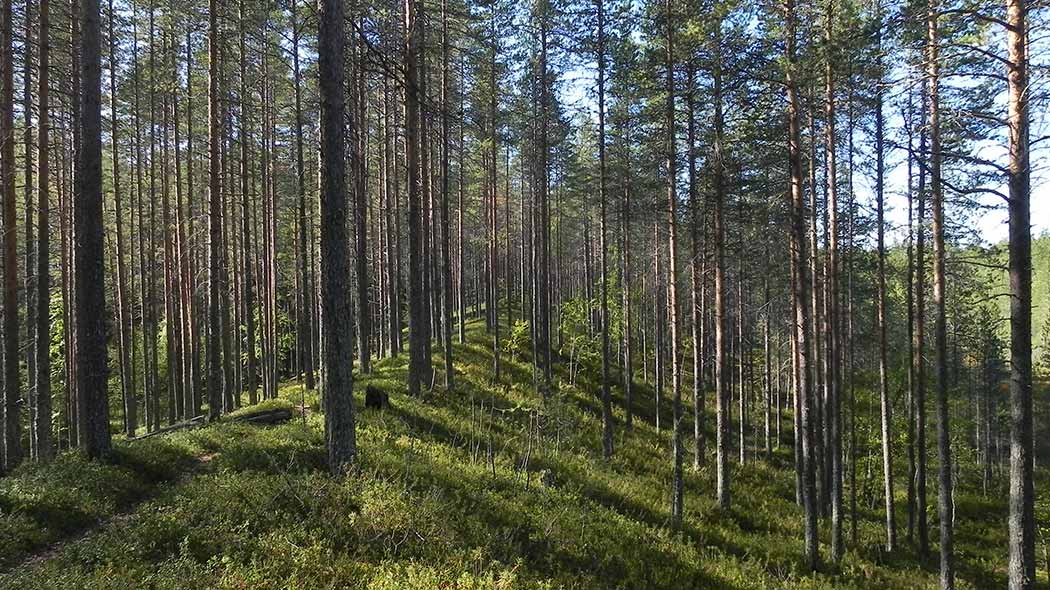 The Iso-Palonen - Maariansärkät Nature Reserve includes some of the headwater lakes of the so-called Kalliojoki Route, strips of land connecting them, and esker formations. Nature in the area is stark. The landscape is characterised by an alternation of light-filled pine forests, mires and bodies of water.

Most of the forests in Iso-Palonen are rather old, pine-dominated dry heaths. Almost all forests are managed and even-aged. Forest management measures were widely carried out as late as the end of the 1980s, just before the nature reserve was established.

The mires, of which there are not many, are mostly pine bogs and open mires. 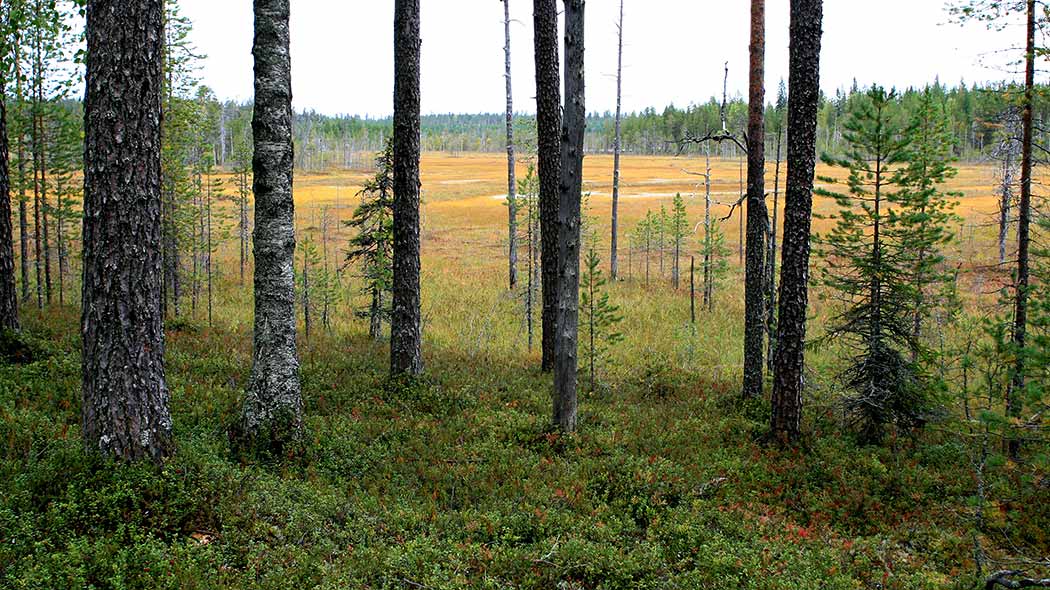 The most notable bodies of water are Lakes Iso-Palonen and Veräinen as well as the Viiksimonjoki River, which together make up the popular Kalliojoki Canoeing Route. There are also many kettle hole ponds, “suppa”, formed by retreating glaciers. 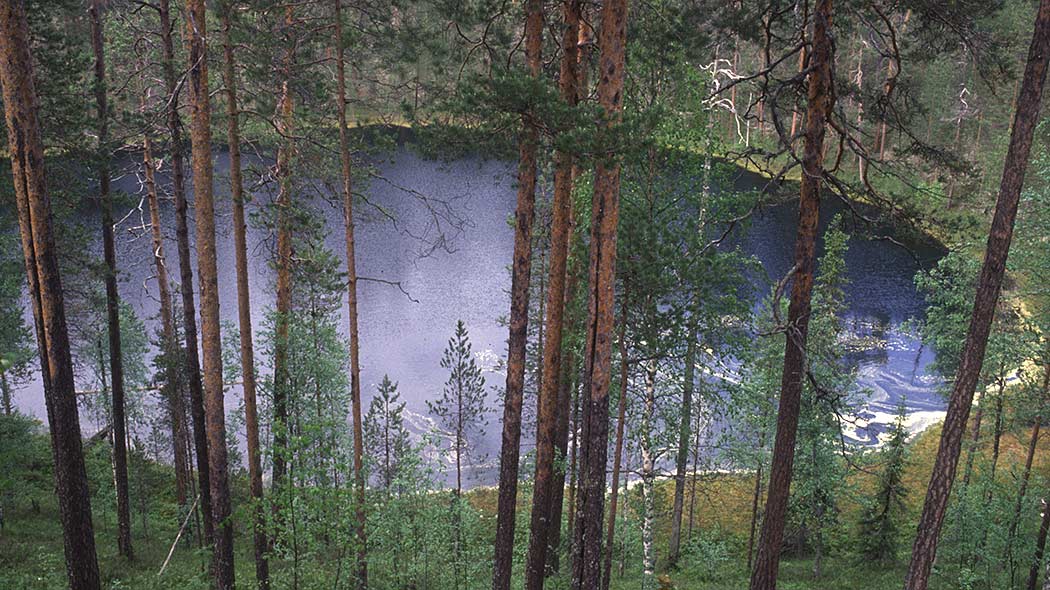 Historic and prehistoric dwellings were usually located on lakeshores. There are so-called Lappish graves along the hiking trails, i.e., the remains of old wild forest reindeer hunting pits. Traditionally the hunting of wild forest reindeer has been an important additional livelihood in remote areas. 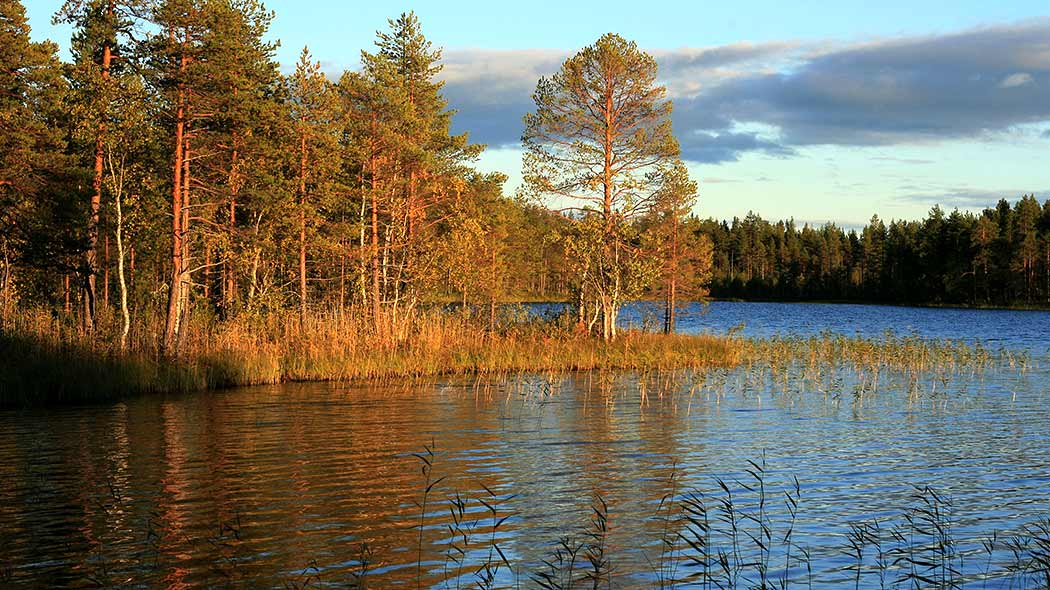 The area is home to mammals and birds, characteristic of the Kainuu Region. Your chances of seeing wild forest reindeer (suomenpeura.fi) in the Iso-Palonen - Maariansärkät Nature Reserve are rather good. If you move quietly, you may see a female wild forest reindeer bring its fawn to a mire to feed, or male reindeer attack each other in autumn during the mating season. Wild forest reindeer are encountered in the area throughout the year. 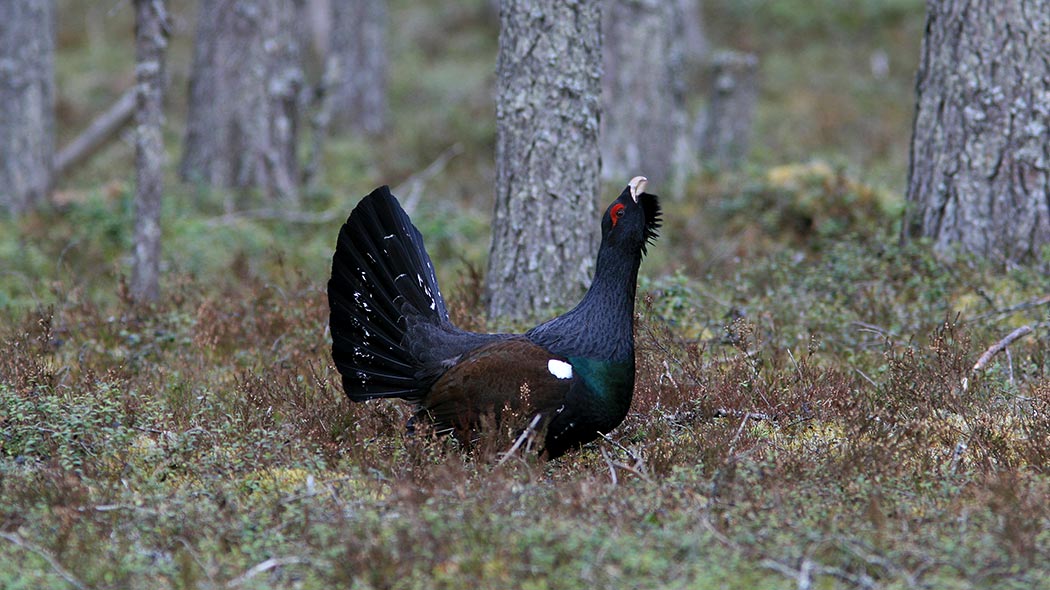 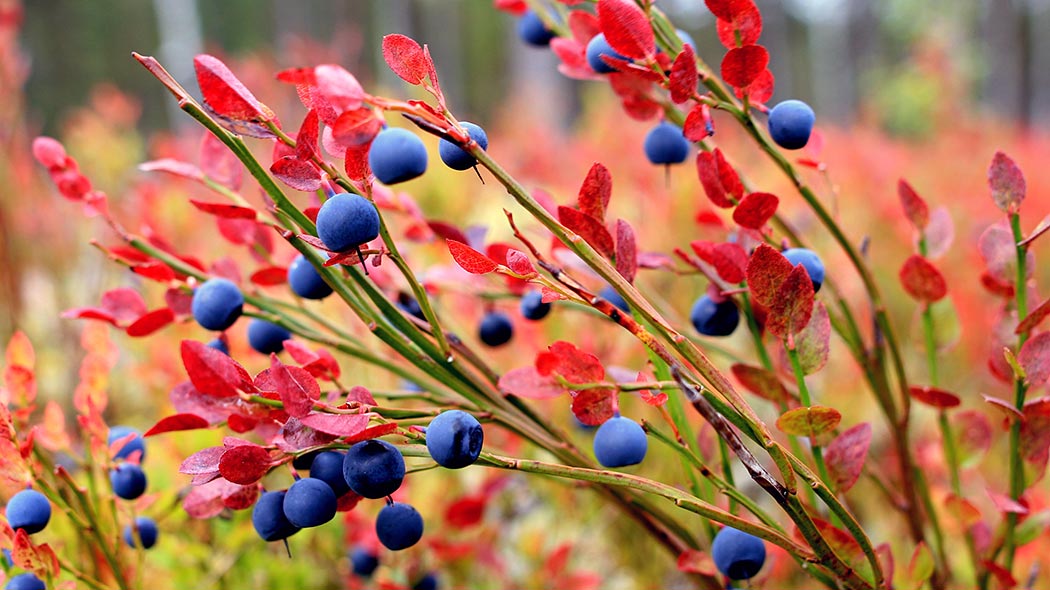 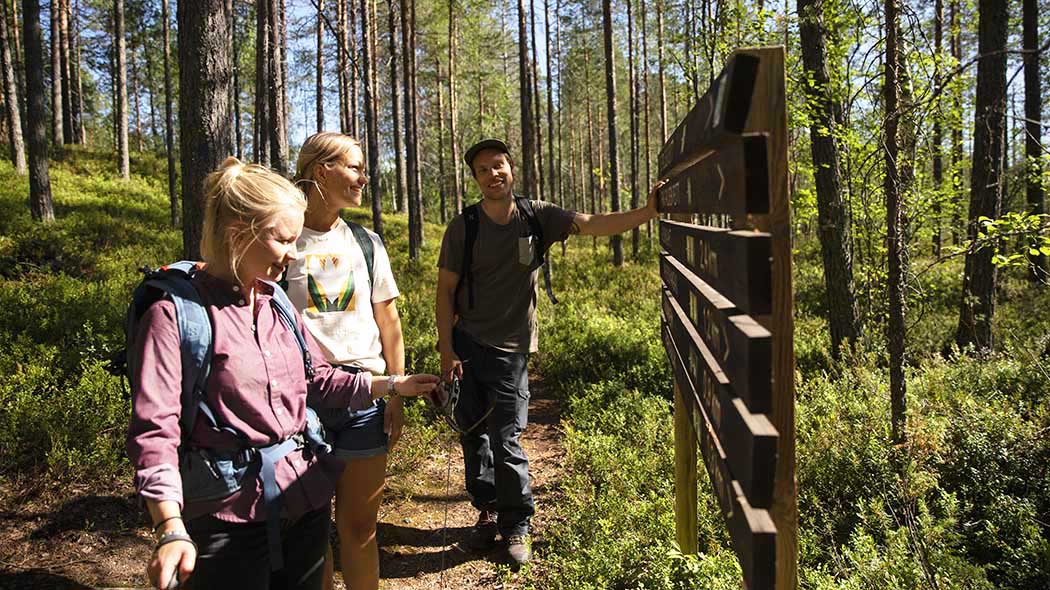 Signposts guide you to the right path. Photo: Harri Tarvainen. 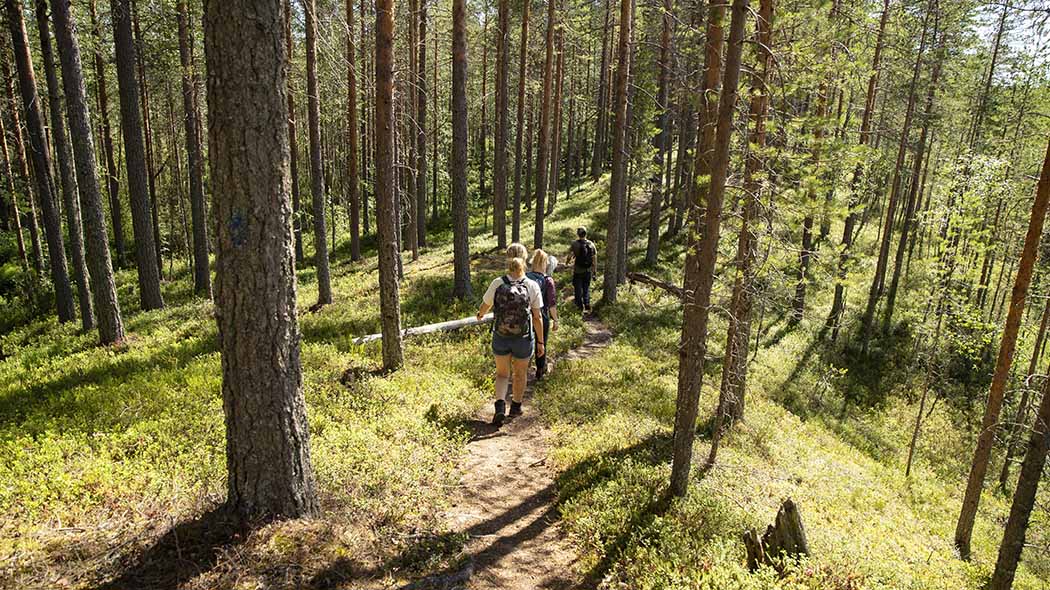 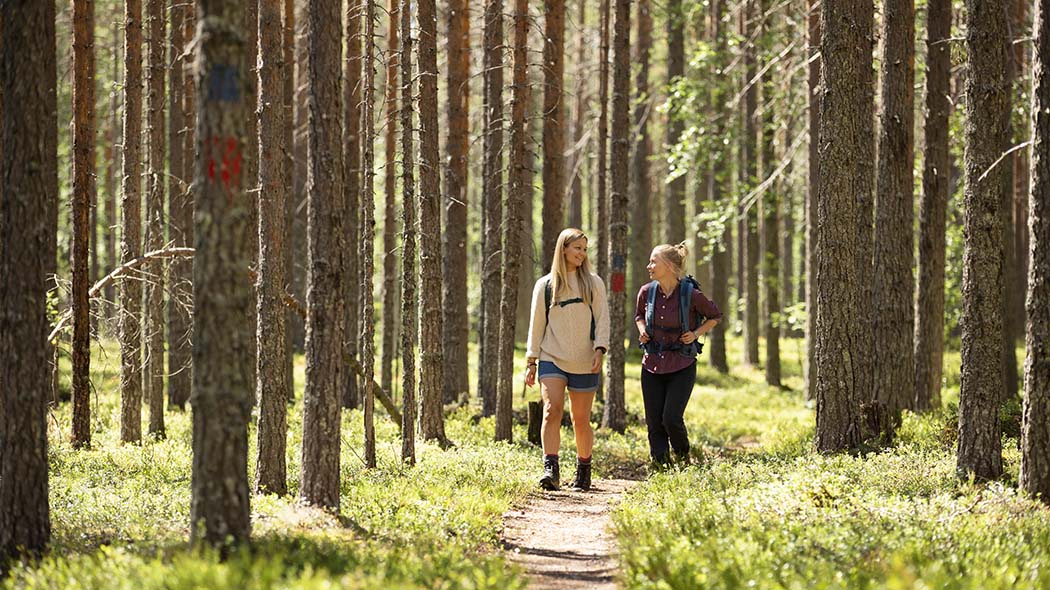 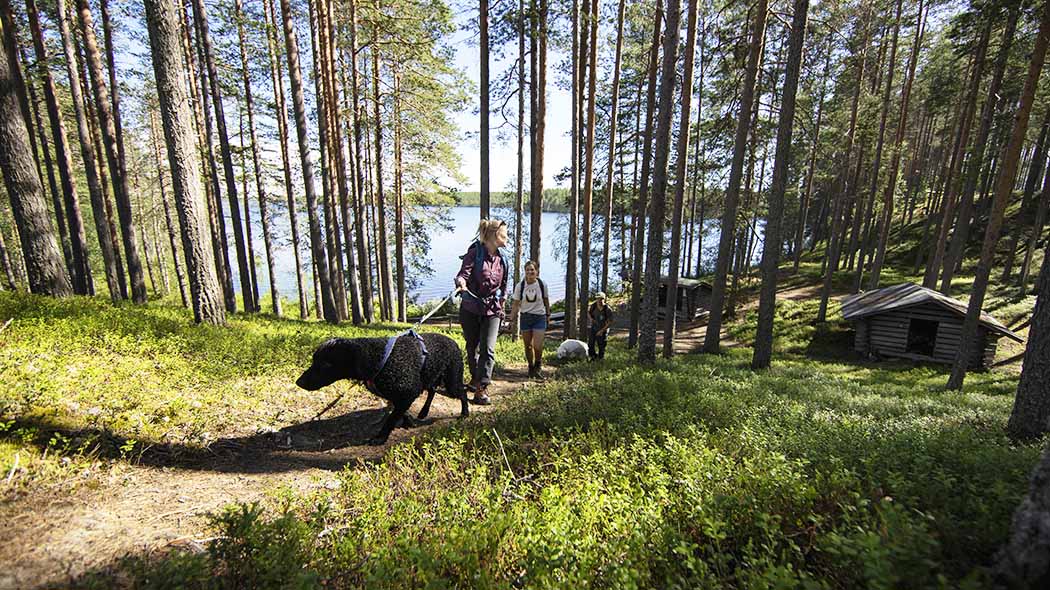 The Iso-Palonen - Maariansärkät Nature Reserve offers a total of about 30 km of hiking trails. Most of the time they pass through light-filled pine heaths. There are several lean-to shelters and campfire sites along the trails. All the trails are rather easy to walk. Only in some places there are steeper and rockier parts. Duckboards have been built over wetlands. 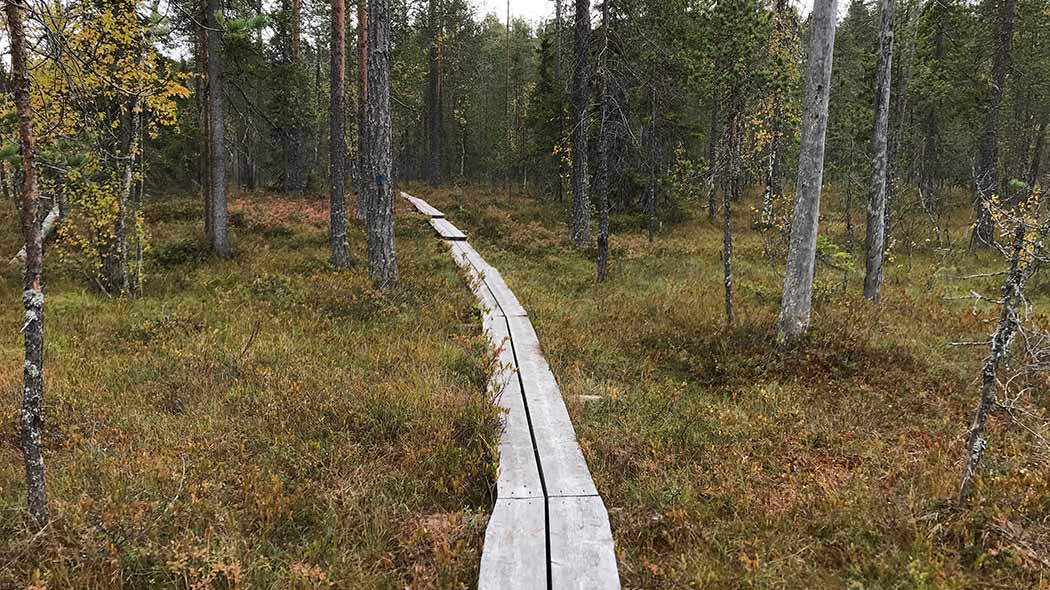 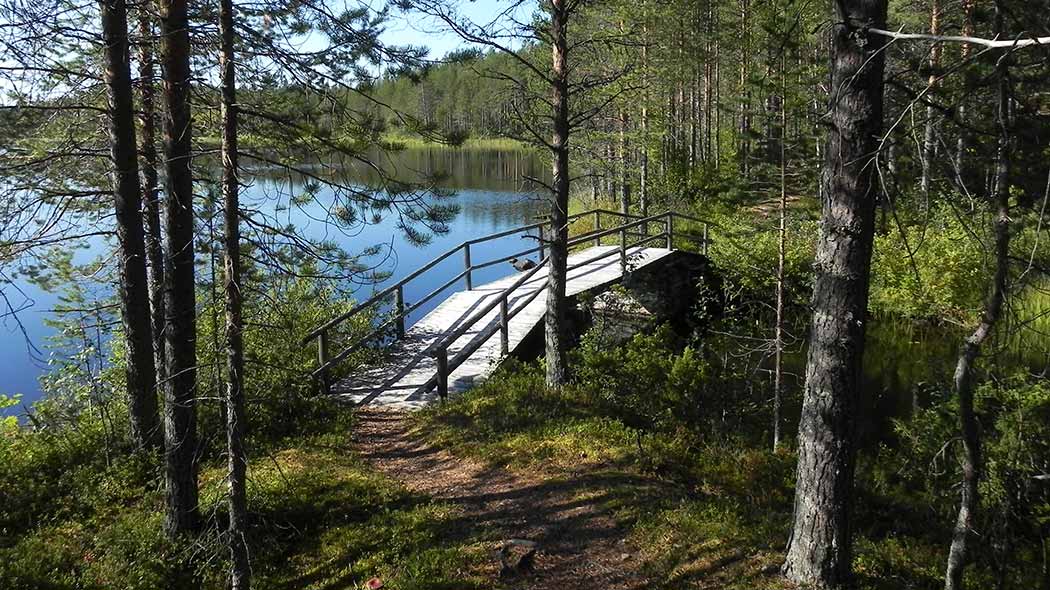 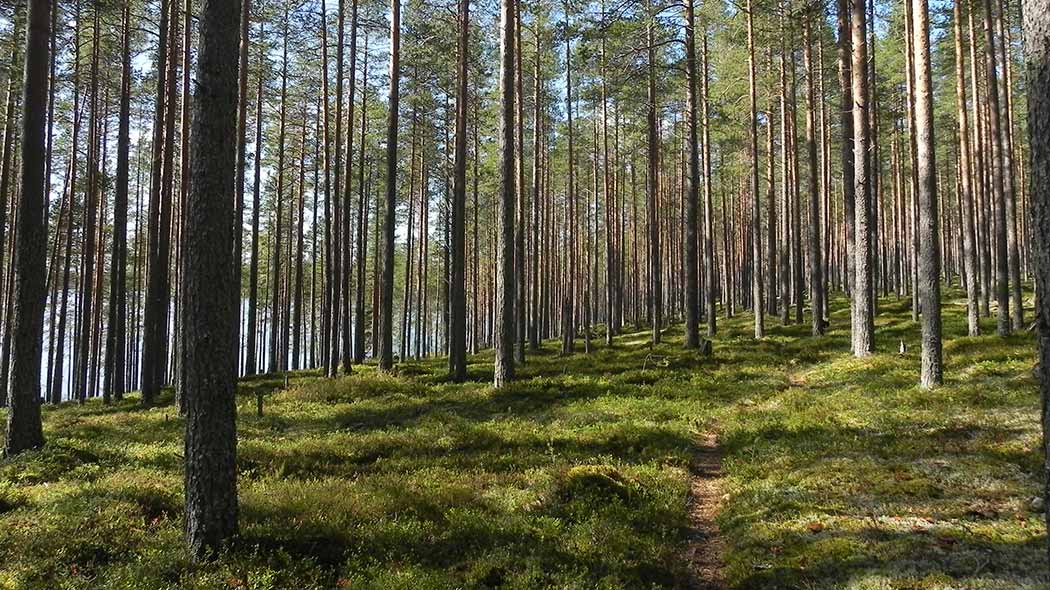 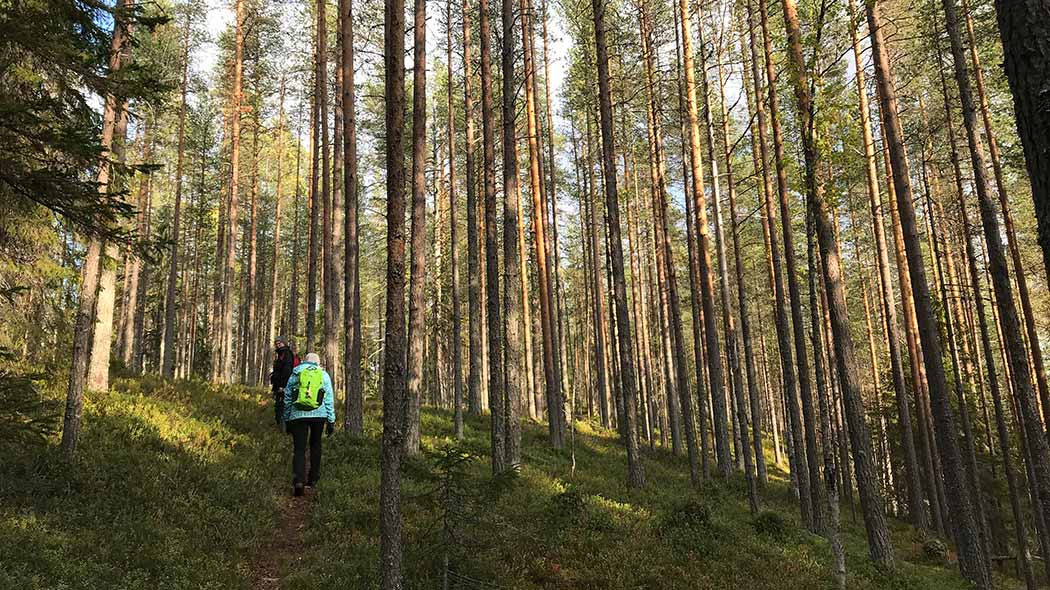 A trail, marked with blue paintings, leads through the area from Kylmänsärkät via Iso-Tahkonen to Ryti-Palonen in the western part. The length depends of your choice. Continuing the trail to the south from Kylmänsärkät you have a connection to the Elimyssalo Nature Reserve. 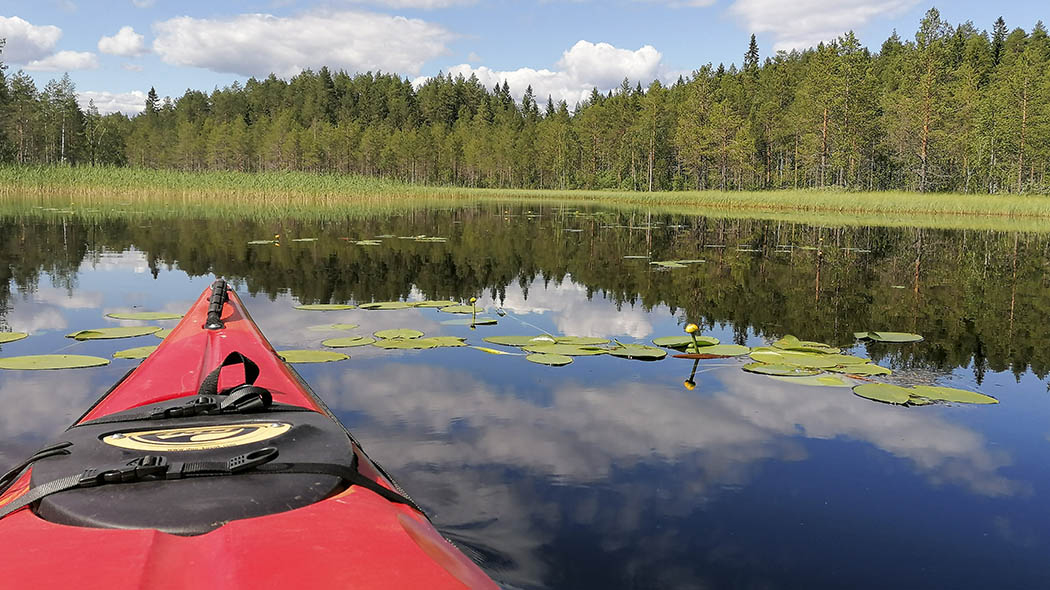 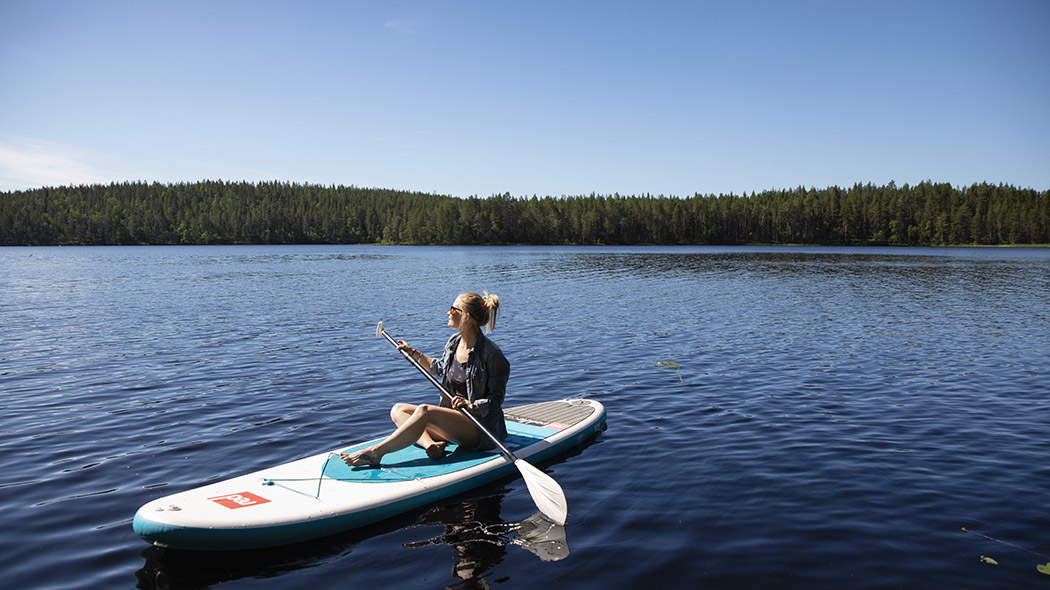 On the lake, the mind can rest. Photo: Harri Tarvainen. 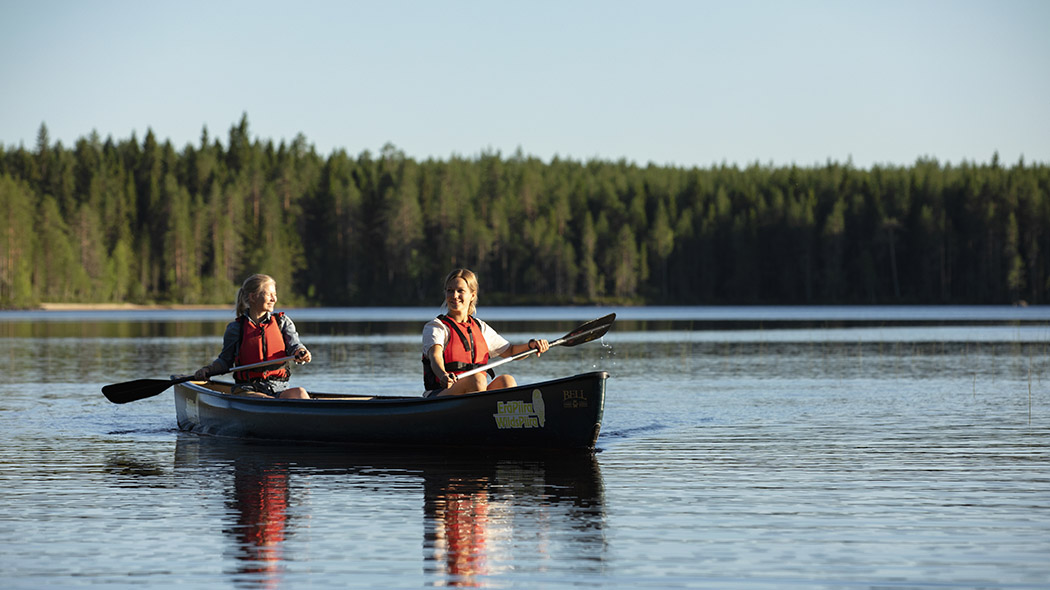 Canoeing on the lake on a beautiful summer day. Photo: Harri Tarvainen. 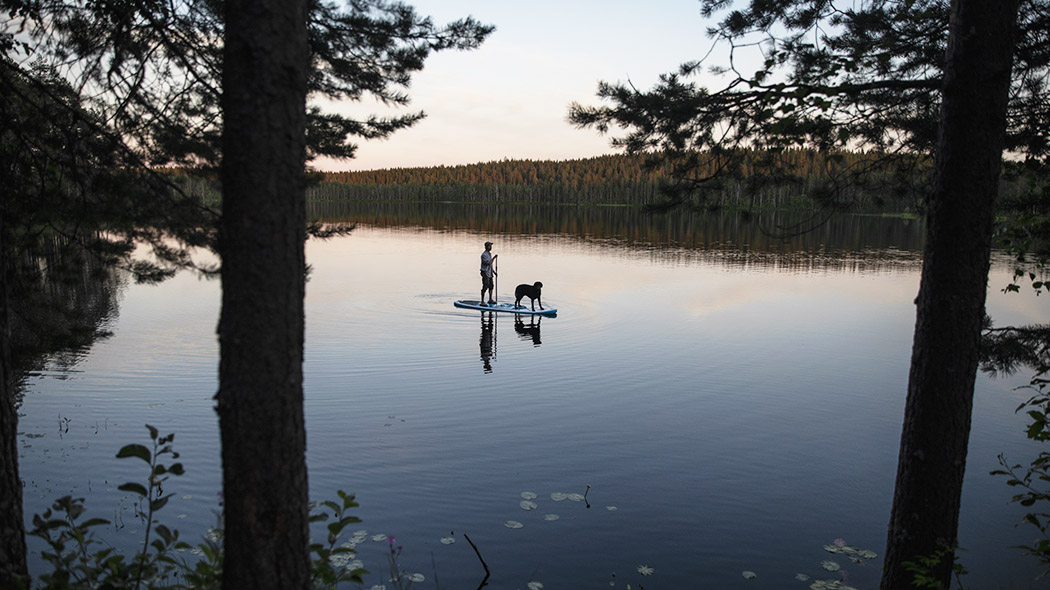 Sup-boarding is also possible with a dog. Photo: Harri Tarvainen.

Lakes Iso-Palonen and Veräinen offer excellent possibilities for paddling. It is possible to canoe on calm lakes or you can choose a longer route along rivers and rapids, and continue to lake Lentua.

You can also start paddling on Lake Viiksimonjärvi, continue along the Viiksimonjoki River and onwards via Pieni-Tahkonen to Veräinen, from where you can continue along the Kalliojoki Route. There are a few small rapids on the way that are so rocky at low water that you must walk past them. 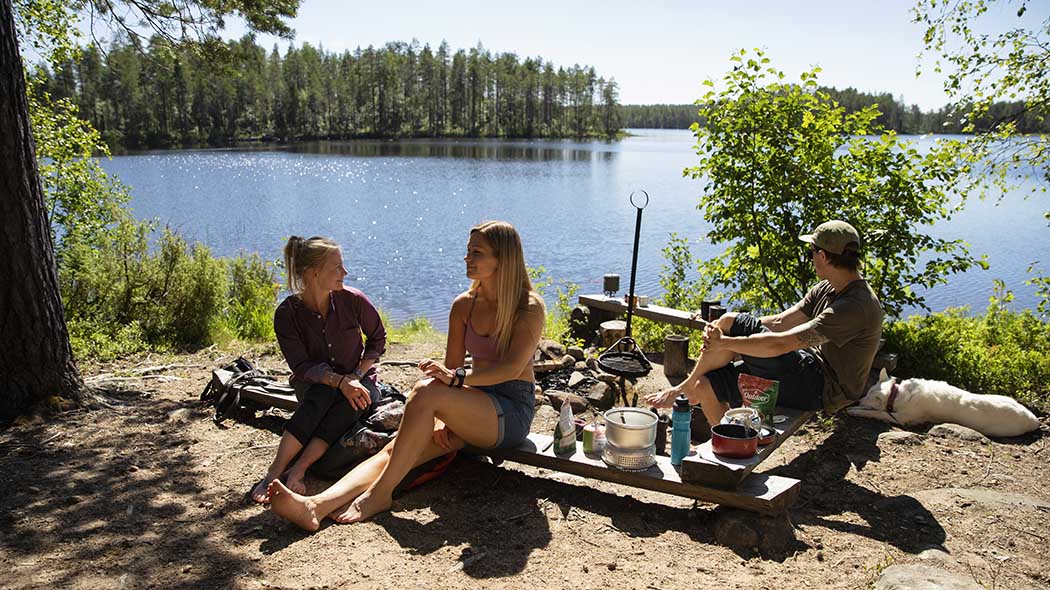 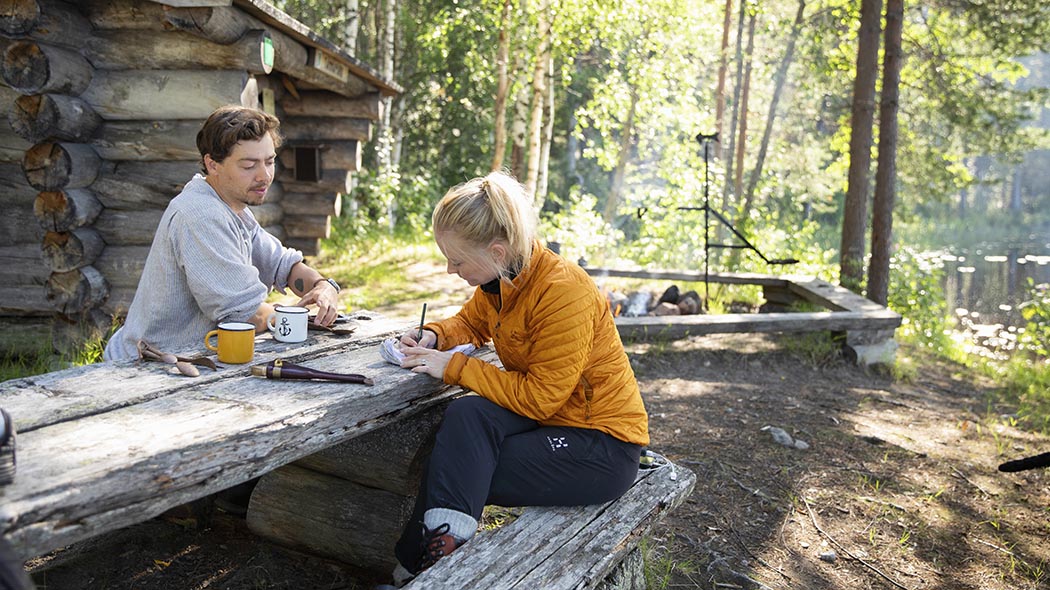 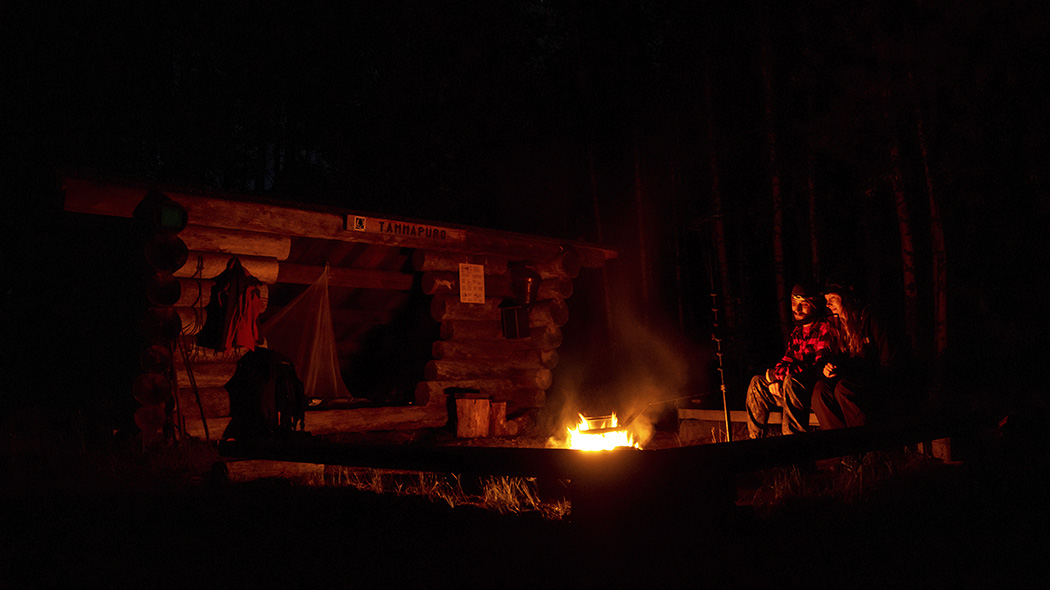 In the light of the campfire. Photo: Kerttu Komulainen. 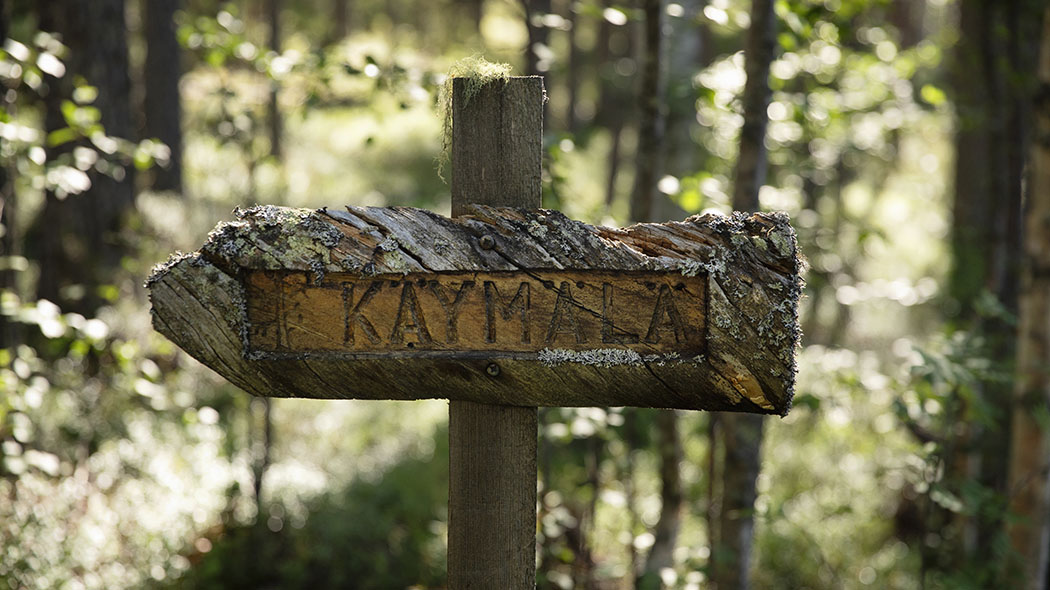 The toilets are easy to find. Photo: Harri Tarvainen. 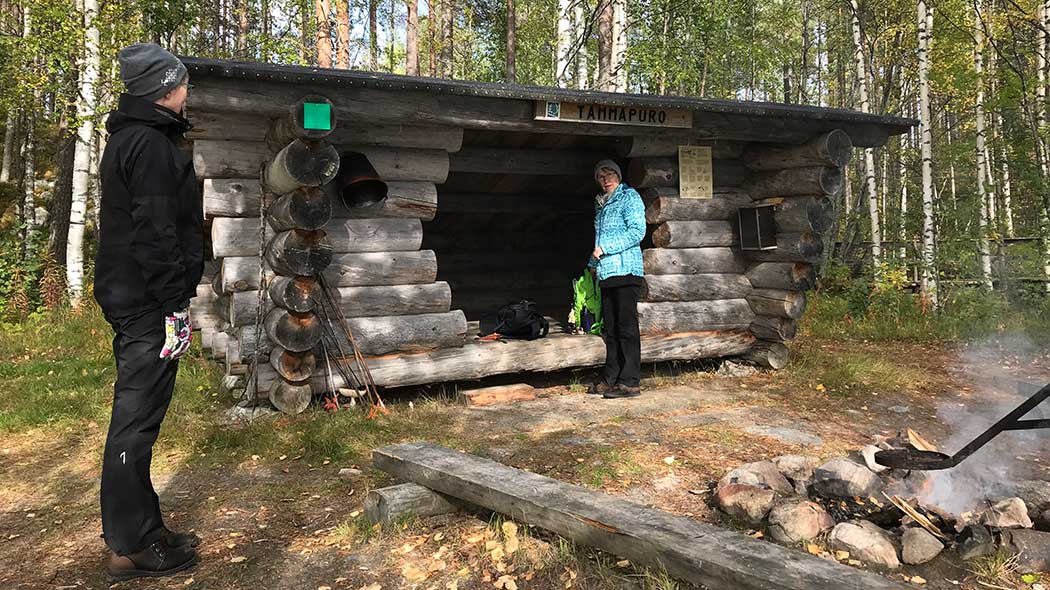 Along the trails there are also campfire sites in Nimetönlampi, Kuikkalahti and Määtänniemi, but these sites are no longer maintained, and they will be removed in near future.

Remember to take your rubbish back to an appropriate waste disposal point.

Don’t forget to take drinking water with you.

The Iso-Palonen - Maariansärkät Nature Reserve is located in the northeastern part of Kuhmo near the Russian border. It cannot be reached by public transport.

The Iso-Palonen - Maariansärkät Nature Reserve extends to the border between Finland and Russia. You are not allowed to enter the frontier zone without permission from the Border Guard. The zone is clearly marked on the maps of the area. 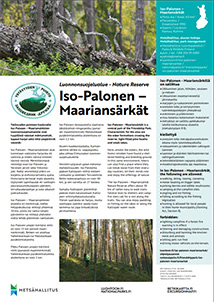 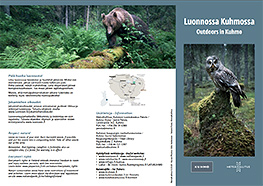