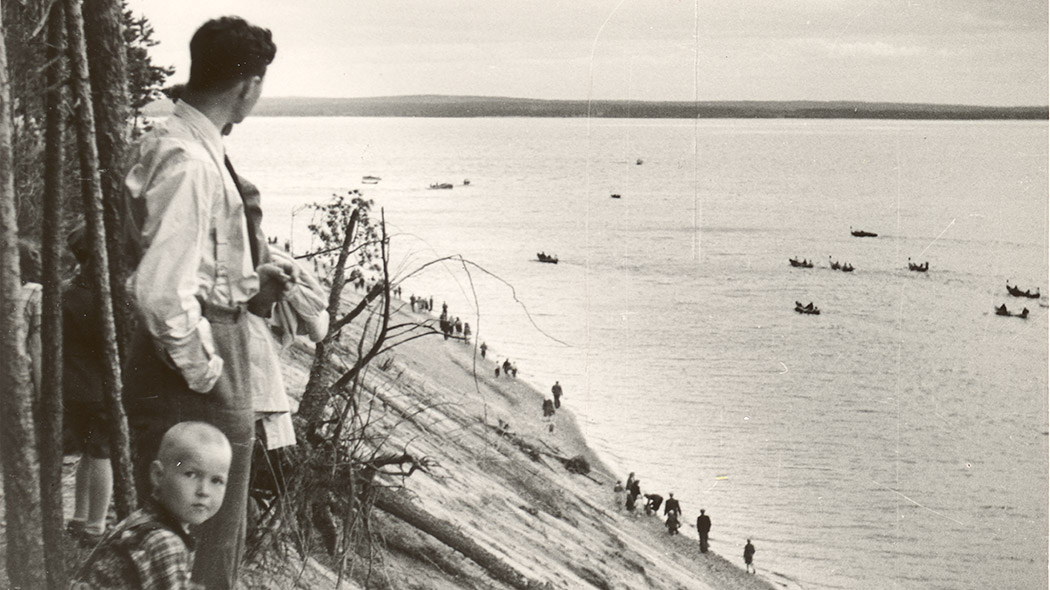 A rite site of Sámi people

It is not known for sure whether there were inhabitants on Ärjänsaari Island as early as in the prehistoric era. Instead, there is a great deal of evidence of the settlement of Sámi people who had arrived in the Kainuu region roughly one thousand years ago. The Vuoreslahti area was inhabited by Sámi, and Ärjänsaari Island, in the vicinity, was one of the most important rite sites of these people. According to oral tradition, they had a mythical Poronkirkko (“reindeer church”) on the island. However, its exact location is unknown. 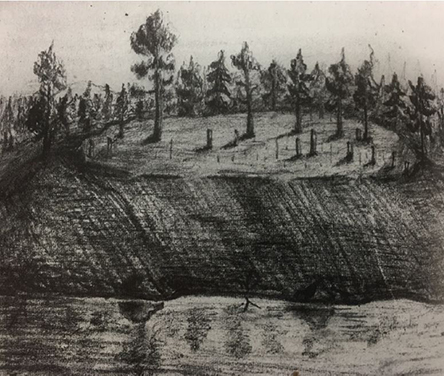 After the Sámi era, there is hardly any information on the settlement of Ärjänsaari Island. According to oral tradition, the island served as a temporary refuge during the Greater Wrath in the early part of the 18th century. In the mid-19th century, the island became a base for the pirates, known as “Kiveksen rosvot”, who were notorious in the Lake Oulujärvi region. The pirates stole meat and crops from the lakeside villages and the tar transported by the tar rowers. When the pirates were caught in 1867, the tar rowers and fishermen were again able to return to Ärjänsaari Island. Earlier, before the pirates, the island served as a resting place for them, and here they were able to wait for suitable winds to go on their journey.

From private ownership to timber company

After the death of Otto Ravander, his wife and daughter sold Ärjänsaari Island to Paavo Paloheimo in 1916. Paloheimo had been appointed as the managing director of the timber company Kajaanin Puutavara Oy, which had been founded in 1907. At first, sand was taken from the island to the mill for brick manufacturing. Sand was transported from the island by two barges to Kajaani. After the wars, one of the barges was used for making a jetty in Säippä, and the other for building a breakwater at the tip of the Palopää peninsula.

Ärjänsaari Island for the company holidaymakers

The development of Ärjänsaari Island into a recreational and holiday destination of the employees of Kajaanin Puutavara Oy began in the 1920s and 1930s. At first, the holidaymakers stayed overnight in tents, but in 1937, six holiday cabins, designed by architect Eino Pitkänen, were built on the island. After the wars, the use of the island amongst the employees increased, and in 1947, six new cabins were built for the needs of the holidaymakers. In 1951, an entertainment facility Vierasmaja was built on the Kirkkosäikkä peninsula. It was built only for the company executives and their guests. Later, a building for having meals and a smoke sauna were constructed in the same area. In 1952 were again built four new holiday cabins for the employees and a dwelling for the island’s caretaker. 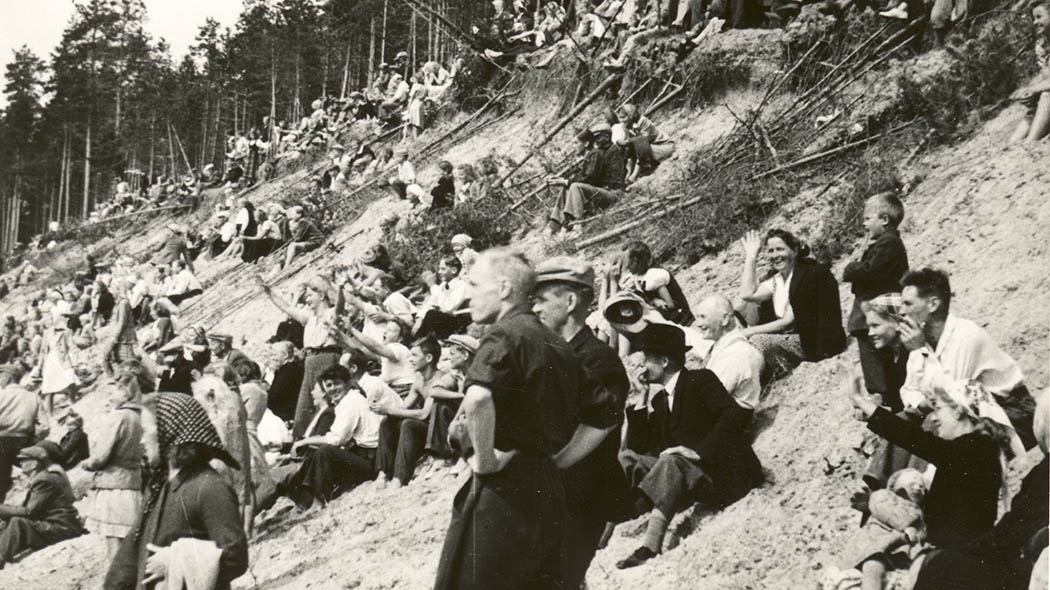 Some family members of the company employees have fondly recalled the summer camps on Ärjänsaari Island. A large number of camps for boys and girls were organised on the island from the 1940s to the 1990s, at which children from the town of Kajaani were able to swim and play close to nature. After the wars, the Ärjä summer parties also became immemorable events, with more than one thousand guests.
The 1950s were definitely the golden age of Ärjänsaari Island. Later the amount of holidaymakers was decreasing, but the cabin rental activities continued until the 2000s. From 1981 to 1984, six log cabins were built on the island. During the final decades, the cabin rental activities decreased even more, and the cabins started to deteriorate. Gradually, company employees have been replaced by Lake Oulujärvi boaters, amongst whom the island became rather popular. 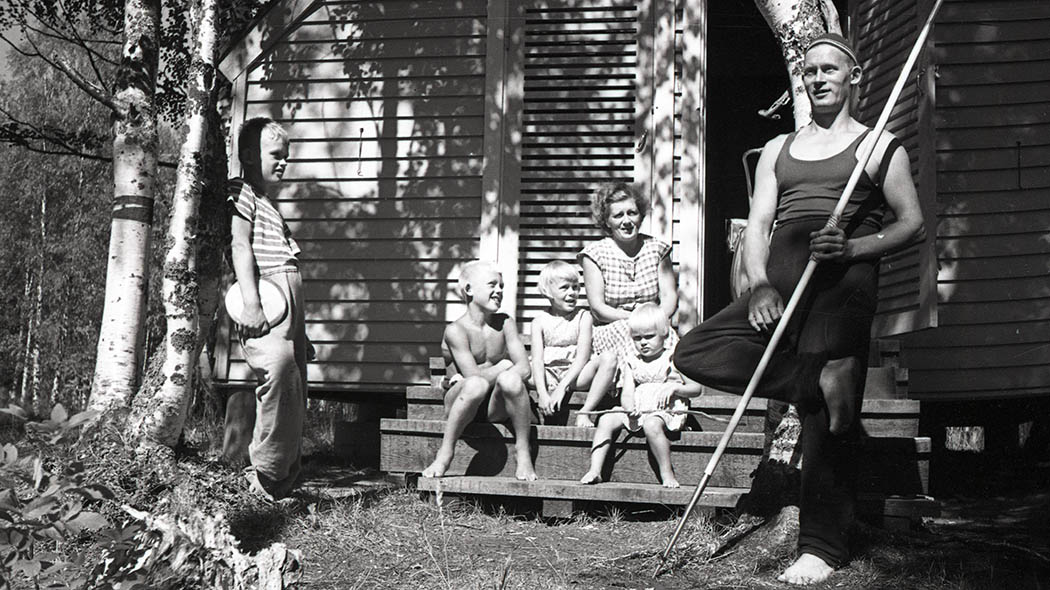 Ärjänsaari Island gained publicity in 2016, when there were disputes regarding forest fellings between the UPM forest products company and nature conservationists. The forest plan for the island included small-scale clearcutting and thinning from above to be carried out in the mid-part of the island. However, UPM decided to cease the felling activities in February 2016. In August 2016, UPM announced that it would sell the island. In early 2017, UPM and the Ministry of the Environment agreed on a sale of land, designating the island as a nature reserve and a recreational area. In the deal, the island was signed over to Metsähallitus Parks & Wildlife Finland. 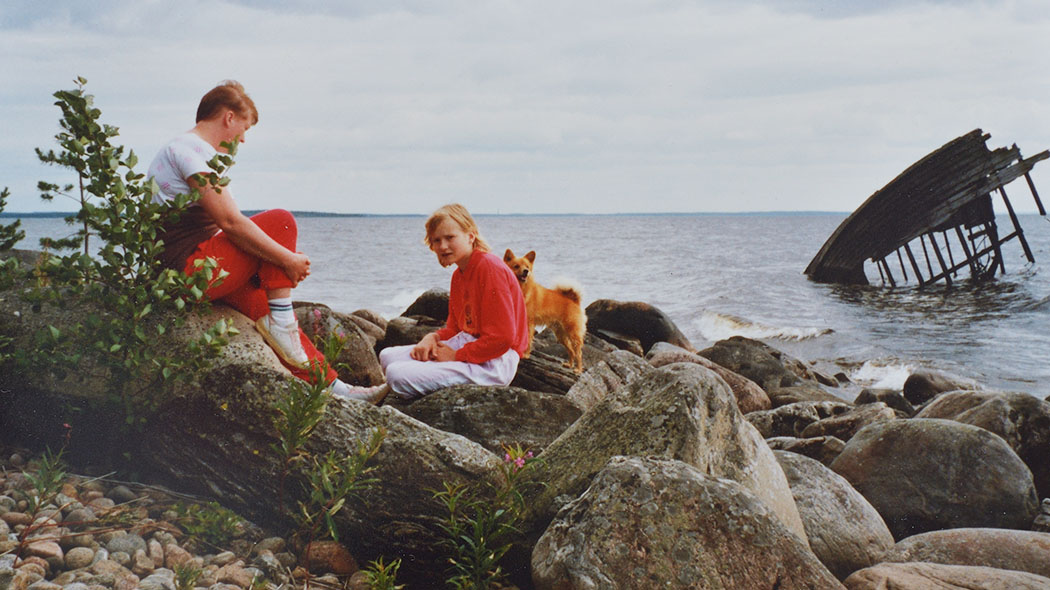