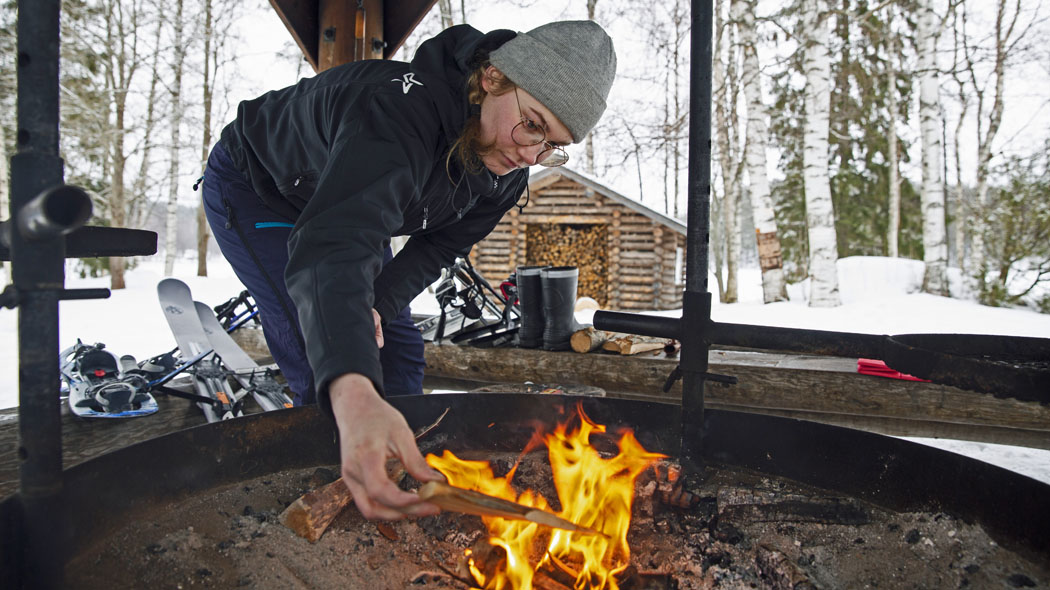 Sitting around a roaring fire at the Sammakkoniemi campfire site is the highlight of a wintertime trip to Linnansaari National Park. There is firewood, a saw, and an axe in the shed, but visitors should bring matches and perhaps some kindling with them. Photo: Metsähallitus / Saara Lavi. 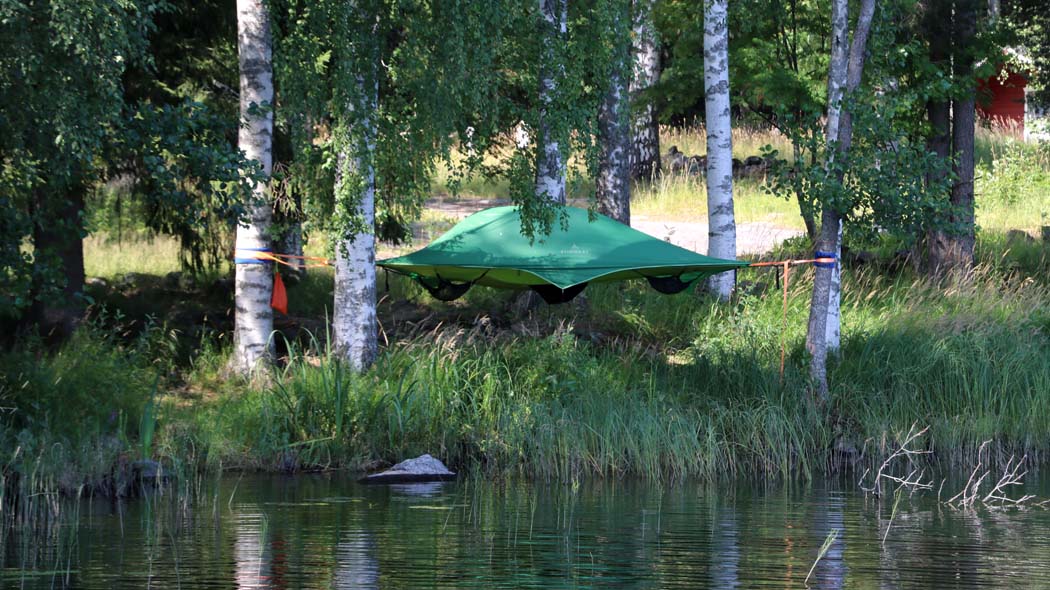 In Linnansaari National Park, you can spend the night at a rental hut or a Tentsile tree tent at Sammakkoniemi Camping. Photo: Metsähallitus / Etti Kantola. 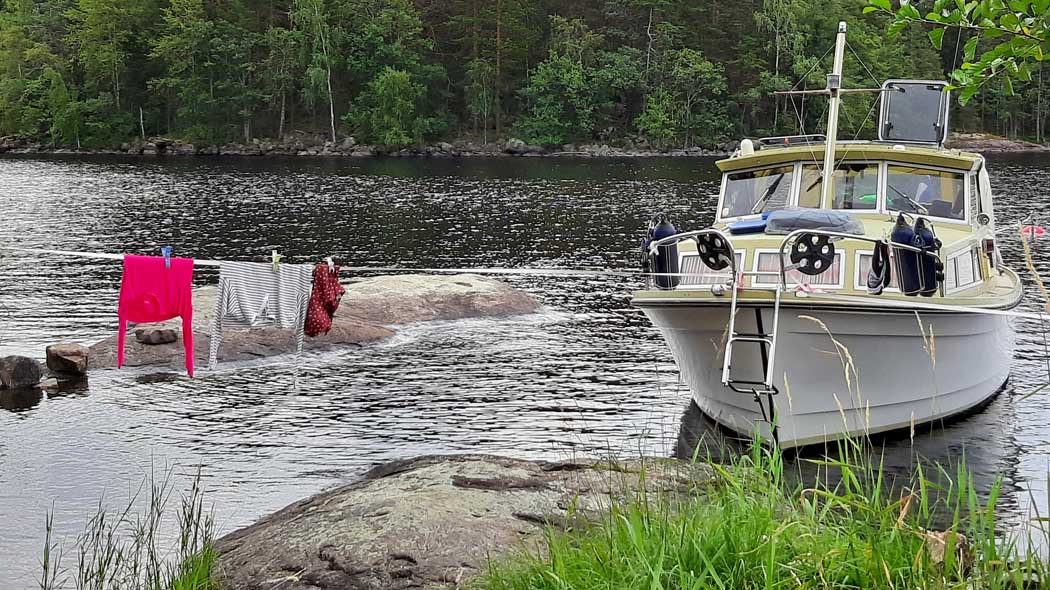 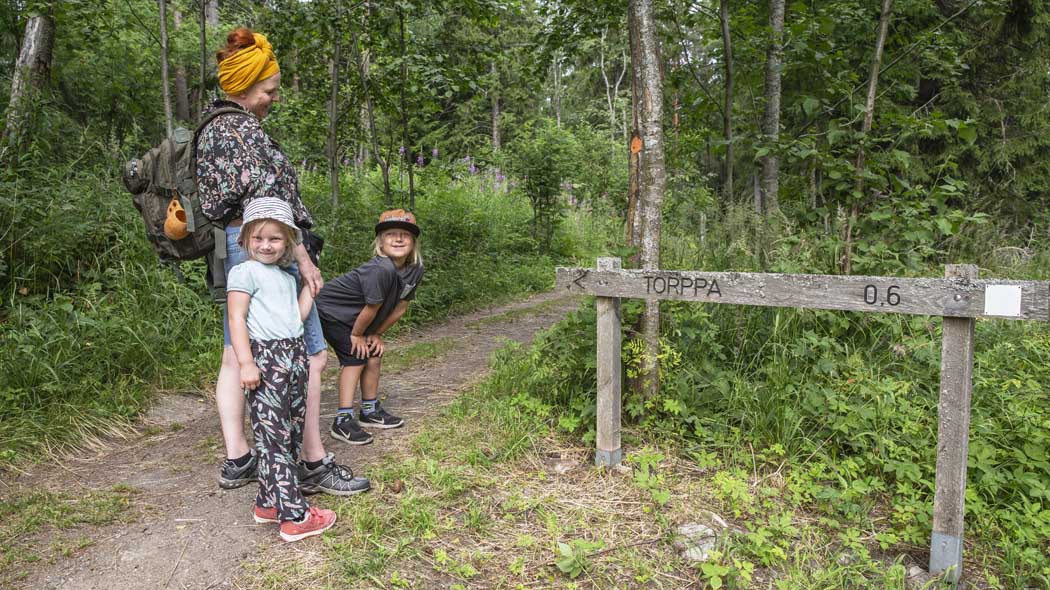 Visitors are allowed to roam Linnansaari National Park independently by their own means, with the exception of the restricted areas. Photo: Metsähallitus / Saara Lavi. 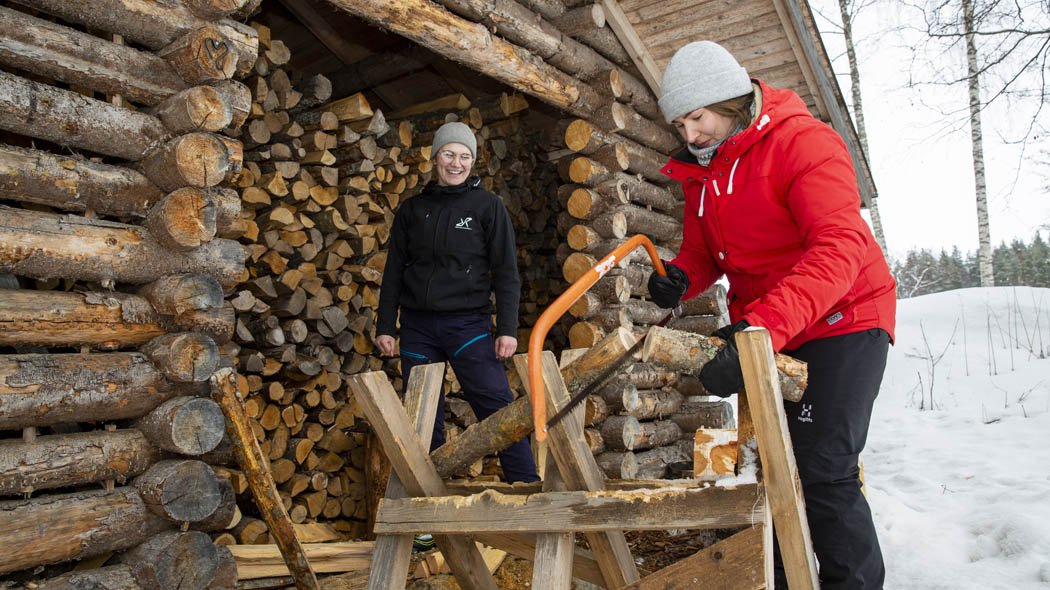 Sitting around a roaring fire at the Sammakkoniemi campfire site is the highlight of a wintertime trip to Linnansaari National Park. There is firewood, a saw, and an axe in the shed. Photo: Metsähallitus / Saara Lavi. 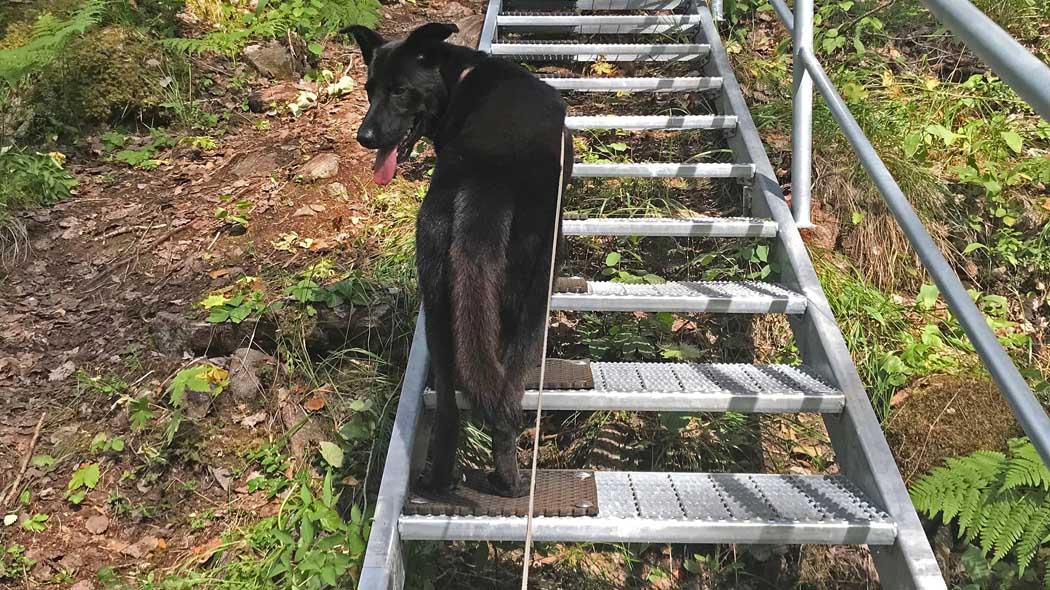 There are stairs leading up to the Linnavuori Rock on the main island of Linnansaari National Park. The metal stairs have a rubber padding on one side. Photo: Metsähallitus / Etti Kantola.

Linnansaari National Park is a nature reserve intended as a public attraction. Its purpose is to preserve the authentic nature of Lake Saimaa as well as the natural habitats and cultural landscapes created by ancient forms of land use. It is important to study matters dealing with the national park in advance and prepare yourself properly for your trip by reading the instructions, rules and regulations of the park (Pdf 970 kt, julkaisut.metsa.fi, in Finnish).

The outdoor activities in the Linnansaari National Park are guided with the rules and regulations. When getting around in nature, let’s show respect for it. Take a look at the Outdoor Etiquette.

Letting pets running at large is forbidden. Dogs and other pets are welcome in the national park but only on a leash.

Getting Around in National Park

Visitors are allowed to roam Linnansaari National Park independently by their own means and by watercraft, with the exception of the restricted areas:

Camping in the national park is prohibited from 1 January to 30 April. Temporary camping is permitted from 1 May to 31 December only on camping sites specifically designated by Metsähallitus for this purpose.

Lighting a fire is allowed at the maintained campfire sites that have been marked on the map and in the terrain. You are only allowed to use the firewood that has been reserved for the purpose. The person who lights the campfire is always responsible for the fire.

The use of a portable camping stove is allowed in areas where hiking is allowed. During the forest and grass fire warning, the use of hobo stoves is not allowed, as sparks may be created.

Lighting any campfires is strictly forhibited if the forest fire warning or the grass fire warning is in effect.  Always check the current warnings (en.ilmatieteenlaitos.fi). This prohibition does not apply to cooking shelters or other fireplaces with a flue in Sammakkoniemi camping area.

There are no waste-bins or recycling points in the park. Measures should be taken in advance to avoid taking unnecessary waste into the area. Take away everything you brought along.

You can put leftovers and other biowaste in a dry toilet at rest spots.

Small amounts of clean paper and cardboard may be used as kindling at a campfire site. Other waste, such as packages that contain aluminium foil or plastic, may not be burned in a fireplace, as they may form non-biodegradable waste and toxic gases.

Read more about Hiking without littering.

Hook and line fishing and ice fishing are allowed under everyman's rights, except where specific restrictions apply.

Persons aged 18-64 years must pay the fisheries management fee (eraluvat.fi). If you fish with more than one rod, you also need Metsähallitus' angling permit no 7413 for Southern Finland (eraluvat.fi). These permits can be purchased in the web shop (eraluvat.fi).

For trap fishing, in addition to paying the fisheries management fee, you will need Metsähallitus' trap fishing permit no 7008 for Haukivesi (eraluvat.fi, in Finnish). See also the restrictions. Permits can also be purchased by phone at +358 (0)20 69 2424.

Fishing on Lake Haukivesi is subject to various restrictions due to the endangered Saimaa ringed seal:

All types of fishing are prohibited in Linnansaarenlampi.

Fishers need to check the restrictions on fishing sites at kalastusrajoitus.fi (In Finnish).

Picking berries and edible mushrooms is allowed, except in the restricted areas.

Picking cones and seeds is only allowed with a permit granted by Metsähallitus.

It is prohibited to pick or damage other than edible mushrooms and trees, bushes or other plants or their parts. Picking wild herbs is therefore forbidden.

Mountain biking is allowed according to everyman`s rights. Always stay on clearly visible tracks and pay attention to other hikers.

Horseback riding and dog-sledding is only allowed with a permit granted by Metsähallitus.

Hunting elk in the national park is always subject to a permit. Metsähallitus has prepared separate guidelines and forms (metsa.fi) for applying for these permits.

Seizure of a game animal is only allowed with a permit granted by Metsähallitus.

Tourism-related activities may only be carried out with a permit granted by Metsähallitus.

Scientific activities, such as collecting plants, are only allowed with a permit granted by Metsähallitus.

The use of the trails and structures of the Linnansaari National Park for business activities is always subject to a fee, and for frequent business use, a contract with Metsähallitus (metsa.fi) is required. The right of use fees for specific days are paid at the Eräluvat webshop (eraluvat.fi).

Other Forbidden Activities in the Linnansaari National Park

Rules and Regulations for Linnansaari

The rules and regulations of Linnansaari National Park (Pdf 1,7 Mt, julkaisut.metsa.fi, in Finnis), ratified on 17 February 2010.

Linnansaari is popular with visitors, especially between the Midsummer (the Finnish public holiday on a Saturday around 24th of June) and the first week of August. Most visitors go to the main island, Linnansaari Island, or Mäntyluoto Island, but in the large National Park there are enough camping sites for everyone. 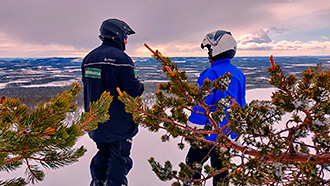 Wilderness supervision (eräluvat.fi) offers services and education for the benefit of Finnish nature. A Game and Fisheries Warden is responsible for supervising the legality and authorisation of operations and the use of nature in state-owned areas.

If you witness or suspect a violation, you can report your observations to the warden (eräluvat.fi). Although we would like for you to leave your contact details when filing a report, you may also file a report anonymously.