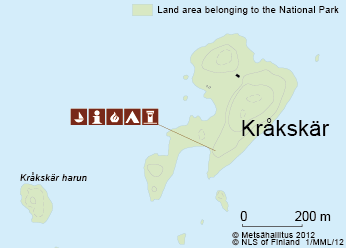 The southern bay of Kråkskär is a sheltered natural harbour, except in southerly winds. There are loops on the rocks for fastening boats. The northern shores of the island offer good mooring spots when the wind blows from the south.

The Kråkskär Island is austere yet beautiful. In addition to rock, the scenery is dominated by heaths, woodland pastures, grazing lands, dry meadows and coastal meadows. Sheep graze on the island in the summer, to preserve the traditional landscape. This is why dogs must always be kept on a leash. The ash trees on the island are lumpy, a reminder of collecting bundles of branches that were fed to the animals in the winter. 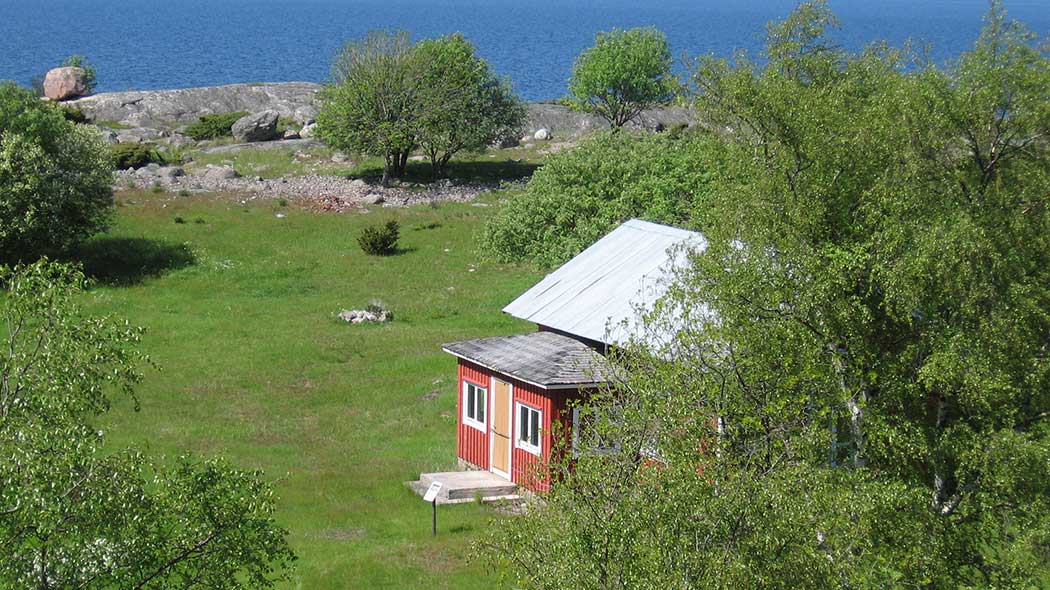