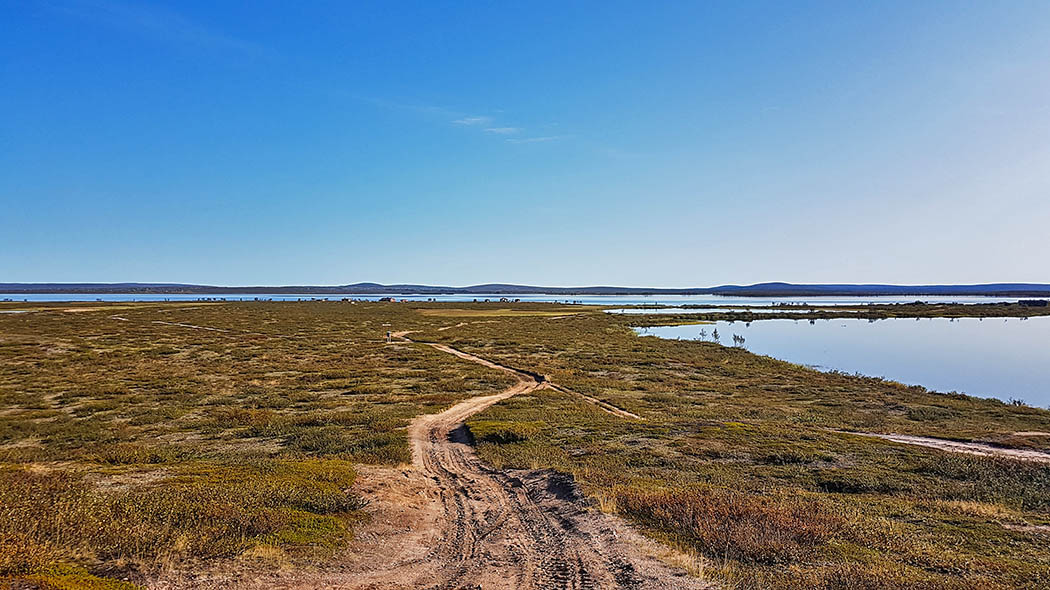 Many prehistoric artefacts have been found in what is now Pöyrisjärvi Wilderness Area. Some are settlements, hole-traps and seitas (places of worship in Lapland) from the Stone Age and from the early Metal Age. A majority of the artefacts found have been located around Lake Pöyrisjärvi.

The area's prehistoric settlements have been used temporarily as hunting bases, and have not been lived in permanently. Evidence of this are spear heads and scrapers, which have been found in the area. Scrapers were most likely used for hunting and for softening animal hides.

So far 21 hole trap sites have been found in Pöyrisjärvi Wilderness Area. Hole traps were used for hunting Wild Fell Reindeer and in southern Finland Wild Forest Reindeer and Moose. Hole traps were dug into the ground, had straight vertical sides and were covered by a thin roof. Sharpened spears or rocks were often set up at the bottom of these pits. Today there is only a small remainder of each hole left.

Fishing and hunting have for centuries been the most important sources of livelihood in what is now Pöyrisjärvi Wilderness Area. Lake Pöyrisjärvi has been an important fishing base on the olden days, as it was one of the area's largest and therefore most significant fishing lakes. Wild reindeer, as well as, beavers, foxes and bears have been hunted in the area. Hunting of wild reindeer and beavers ended during the 19th Century when the species became extinct.

From the time the Wild Fell Reindeer was domesticated, reindeer husbandry has evolved into one of the most significant sources of livelihood in the area. Reindeer husbandry spread to Finland most likely in the 17th Century. Before the border between Finland and Norway was closed in 1852 the Sámi from the Kautokeino area herded their reindeer in what is now Pöyrisjärvi Wilderness Area. After 1852 there were two reindeer herding areas with their own reindeer ear markings. One was the Pöyrisjärvi area and the other was the Kalkujärvi-Naltijärvi area. The Sámi villages at Pöyrisjärvi and Kalkujärvi are still inhabited for part of the year.