Cape of customs and pilots

As its Finnish name reveals, Tulliniemi served as the workplace and residence for customs officers, who lived on the peninsula together with their families from the 1600s to the 1920s. Tulliniemi and Uddskatan served as a pilot station already in the 1700s. The original pilot house was a very modest summer residence. Built in the mid-1900s, the more stoutly constructed pilot station building still stands here. The customs officers, pilots and their families contributed to the formation of open coastal meadows, which are vital to many plants and animals. They did so by letting their cows graze, keeping the meadows open all over Uddskatan, such as at Gåsörsbukten. Depressions in the bedrock were cleared to plant small gardens and potato patches. 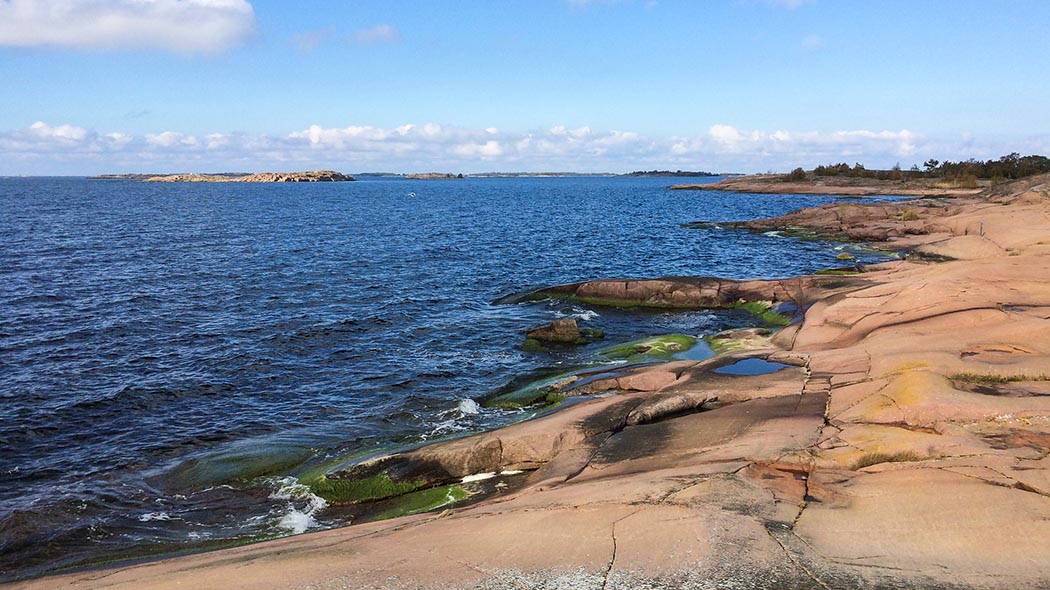 The customs officers living on Tulliniemi served the growing port traffic in the area. Hanko Freeport Ltd was founded in 1919, and the first storehouses and rail line were built on Tulliniemi a year later. The port began its significant expansion in the 1960s, at which time the area was also fenced in.

Tulliniemi’s key position on the Gulf of Finland made it a much sought-after base for merchant vessels as well as military operations. In the autumn of 1939, the Soviet Union demanded that Finland surrender Hankoniemi for use as a naval base so that the Soviets would be able to ensure their dominion over the Gulf of Finland and guarantee Leningrad’s security. Finland refused to surrender the land, thus giving the Soviet Union another reason to attack. During the Winter War, Hanko was one of Finland’s most heavily bombed cities.

When the Winter War ended, Finland was forced to lease Hankoniemi to the Soviet Union for 30 years. In 1940-41, the Russians built an effective defence installation in what is today the Uddskatan Nature Reserve. During the Continuation War, fierce battles were fought in the inner archipelago at Uddskatan. The leased area of Hanko was reclaimed by Finland on 4 December 1941.

Read more about the war history of Hankoniemi (in Swedish) or visit the Hanko Front Museum.

A passage no wider than the beam of a fishing boat cuts between two small islands lying side by side off the coast of Tulliniemi. Since the Middle Ages, Hauensuoli, or Gäddtarmen, Hauensuoli (in Swedish rky.fi) has been known as a sheltered harbour for ships rounding Hankoniemi or setting out across the Gulf of Finland. While waiting for favourable sailing conditions, mariners would spend their time carving their names and other mementos into the smooth bedrock. Hauensuoli is a truly unique maritime guestbook (in Swedish). It is not only a nationally significant archaeological site, it is also a candidate for UNESCO World Heritage Site status.

Kustaanvarustus (Gustavsvärn in Swedish) is the largest and best preserved part of Hanko’s old, four-part fortifications, which date back to the 1700s. The island is still surrounded by a fortified wall, with remains of old defence structures both inside and outside it.