Millions of years ago, the earth's crust moved at the point of what is now Finland. The deep lakes in the Päijänne region were formed in the cracks of the earth. Lake Isojärvi belongs to the same fracture line as Lake Päijänne. The fracture lines run from southeast to northwest. The Ice Age smoothed out rock surfaces and moved boulders. However, it was the folding of the earth's crust long before the Ice Age that determined the topography. The fracture valleys and the rocks make walking difficult in places. 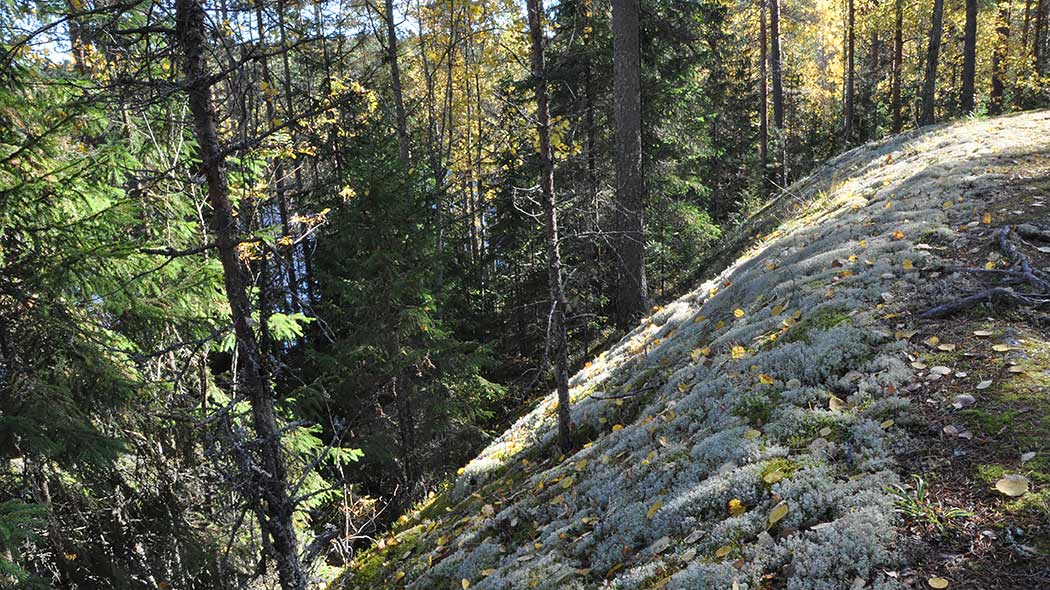 Already in the 1880 were the first large loggings carried out in the state-owned forests which now form the National Park. Selective loggings required a lot of workmen. The houses and crofts nearby the crown's forest work sites could not accommodate all the men who came from the surrounding parishes, so saunas and drying barns were also used for the loggers to stay in. The most important tool was an axe. The trees were cut so that long stumps got left, because this way the wood was softer and the work was not so bad for the back. During the winter, it was also easier not having to dig up the frozen trunk bases under the snow. 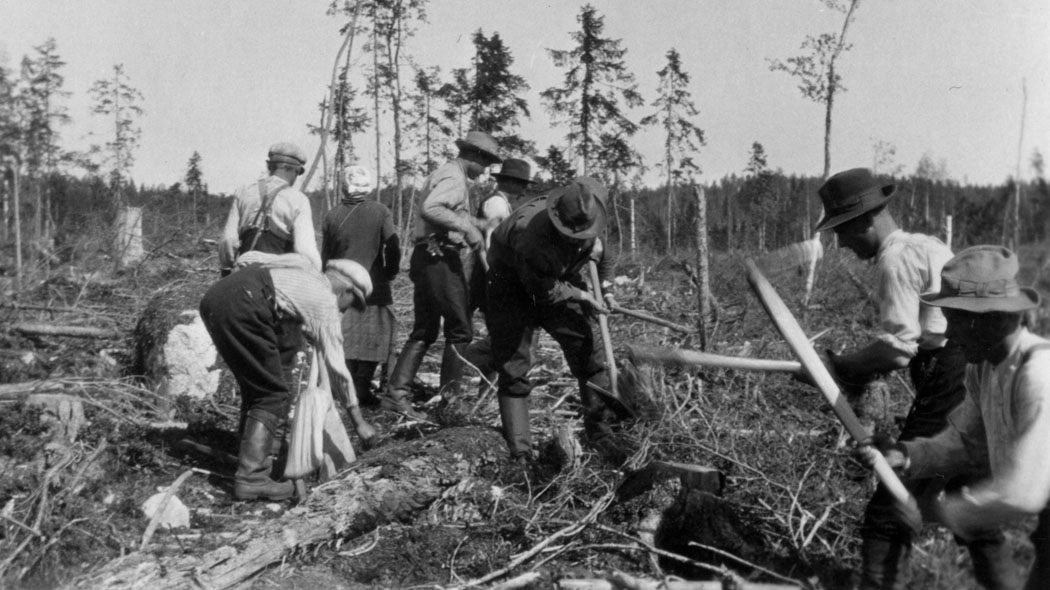 During the First World War, there was more demand for wood than just the household use. During the shortage of fuel, firewood was needed for running of trains, for example. In 1920s and 1930s, a lot of sawtimber trees were felled. Paper was made out of the spruce, and pit props out of the pine. The logs were floated or drawn by horses to Lake Päijänne or Länkipohja. During the busiest period in the winter, there were more than hundred horse loads on the forest road.

In 1936, a sapling garden was set up near the place where now is Lortikka Cabin. It produced saplings for the clear cutting areas and also for other forests further away. After the Second World War, large areas were logged and new forests planted for the needs of the economy recovering from the war. In the forests of the National Park you can still see marks of the forest use in the period when Finland was having to pay war reparations to the Soviet Union. The forests on the hills of Lortikanvuori and Vahterinvuori, and south of lakes Kuorejärvi and Hevosjärvi , however, have mostly remained untouched. 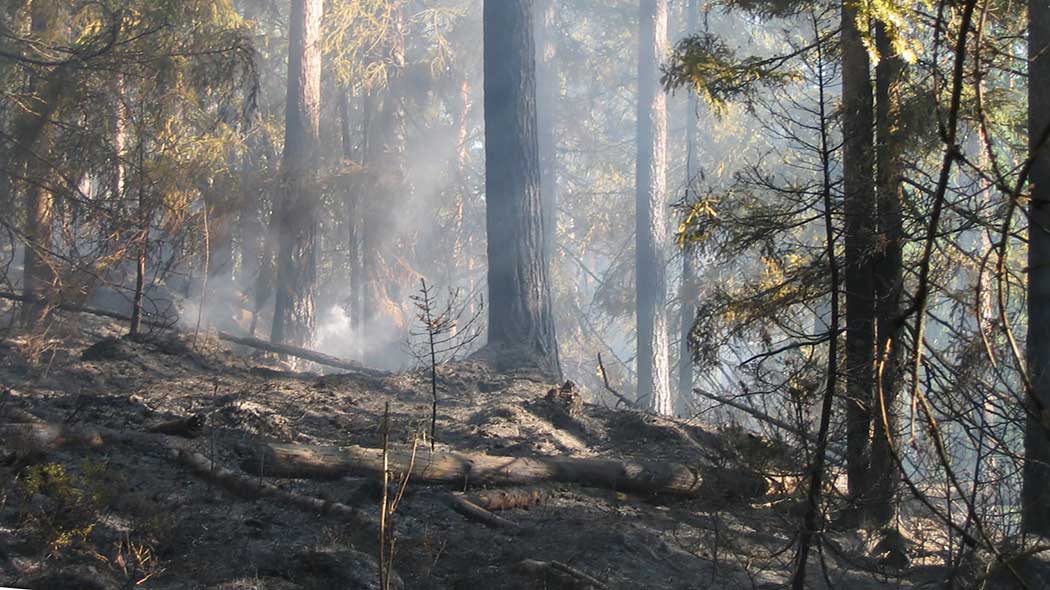 Forest fires regenerate the forests naturally, and 100 years ago fires lit by lightning were still common. In 1850s, a large forest fire started in Isojärvi area from a slash-and-burn site, which was being burned over for growing turnips. Nowadays the management of forest fires is very efficient, so some forests in the National Park are deliberately burned over because, for example, many rare insects depend on burnt wood. Some about 40-years-old planted pine forests have been returned to their natural state by burning them. In the spring 2001, areas of 0,02 sq.km and 0,09 sq.km. in the eastern part of the park were burnt.

In the 1940s and 1950s, cabins were built in the forests for the workers to stay in. In the National Park, there are still two cabins. In Heretty Cabin lived mostly horsemen, and in Lortikka Cabin mostly loggers. After the war, there were lots of people wandering around looking for work, but a man with experience in logging was always able to get a job. The busy period of the cabins lasted until the mid 1960s, but then they became quiet because new machines were introduced, and the structure of the economy changed in Finland. Heretty Cabin has been restored and is protected as a nationally valuable example of the original environment of the logger's cabins.

The Heretty Cabin was completed in the winter of 1946-1947. It was mainly used by horsemen. During the busiest times, in the 1950s, the cabin accommodated almost forty men and their horses. Today, Heretty has been restored as a museum cabin and there is a cafe during summertime. 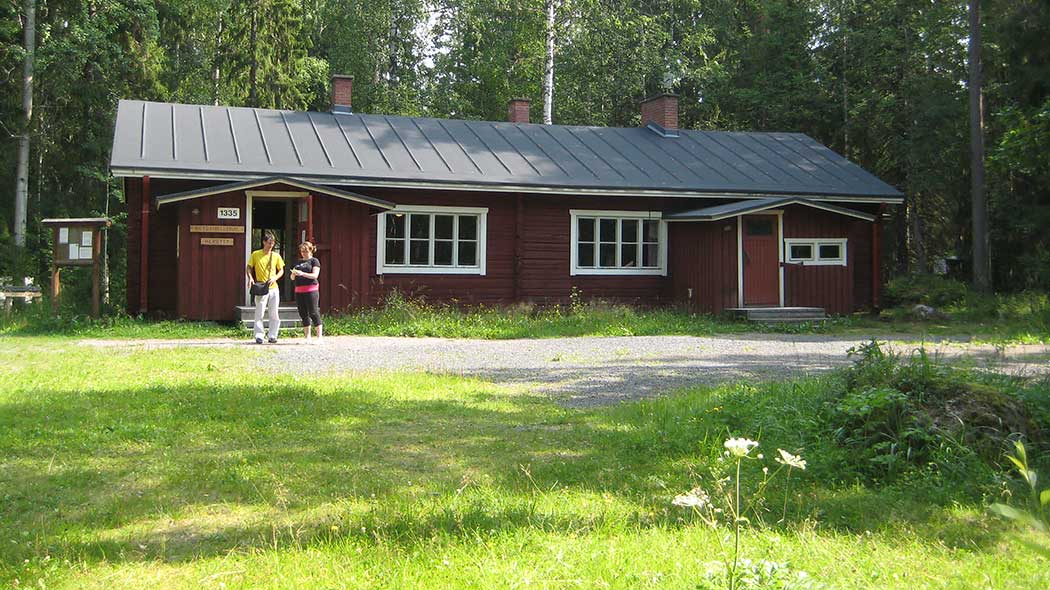 Lortikka Cabin was built in 1956. There were mainly loggers staying at the cabin. There are also stables at Lortikka but they were used very little. At first, there was no road to Lortikka. The cabin could be reached by travelling along Lake Kurkijärvi and then along a narrow path. In addition, the loggers had levelled a bicycle road with spades between Heretty and Lortikka. The bicycle road is part of the national park's trail network. Nowadays Lortikka Cabin is a rental hut.

Huhtala Croft, located in Isojärvi National Park, is part of the settlement history of the region. At Huhtala you can see skilfully made log buildings from the end of the 18th century and from the 19th century. Some traditional garden species remain in the garden. 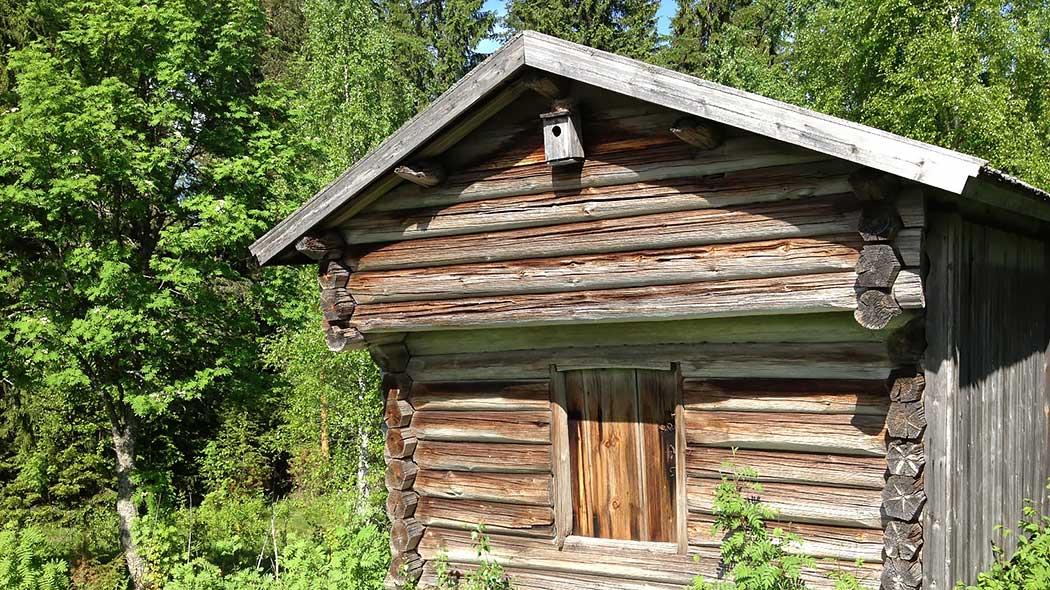 The route of fishermen and hunters from Häme to Lake Päijänne formerly ran along the northern shores of Lake Isojärvi. Some bits of land scattered on the northern shores of Isojärvi now belong to the national park. There is a house named Luutsaari on Luutsaari Island. The house and the surrounding field and meadow landscape look very different from the wooded shores of Isojärvi. Some lands of the Luutsaari farm were annexed to the national park in 1994. The farm had been managed with traditional methods until the end of the 1980s, so there are species on the meadows and fields that have no room in the modern agriculture. The landscape of Luutsaari is managed by grazing, mowing and clearing. Luutsaari is nowadays a rental hut.

In 1833, the Ryysälä group of seine fishermen built a fishing cottage on the southern tip of Luutsaari, as a base for autumn fishing. The Ryysälä group of seine fishermen comprised eight houses. At the time of vendace spawning, a man from each house came to catch and salt fish for the winter. The men stayed at the fishing cottage for several weeks and went home when the lake started freezing over. The fishing cottage is located in the national park's lands but the management and use of the cottage is the responsibility of a supporters' association named Luutsaaren Kalapirtin Kannatusyhdistys ry (kalapirtti.fi). There are old artefacts at the fishing cottage.