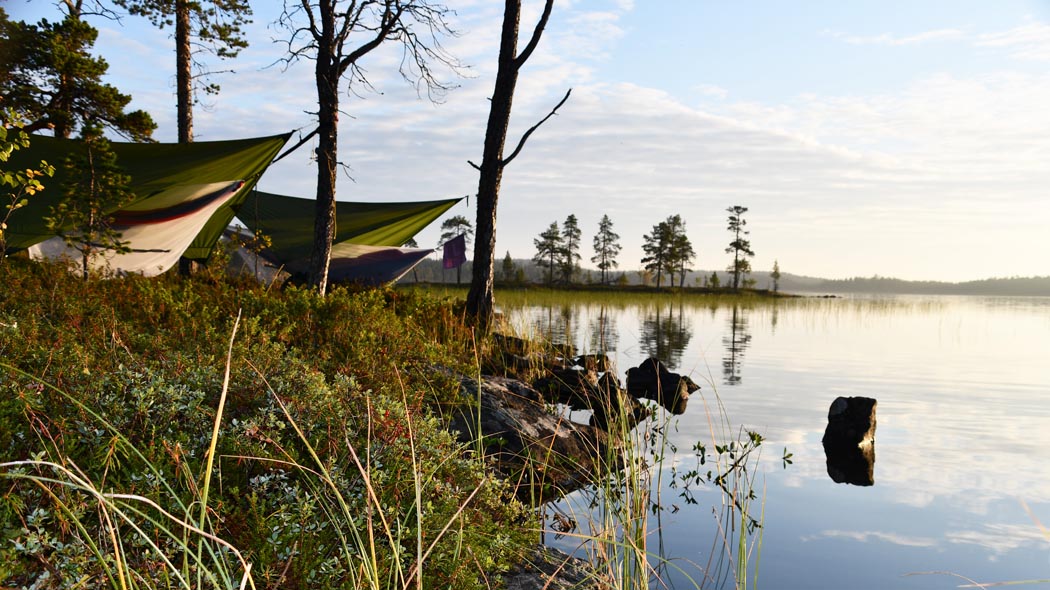 The landscape along the hiking trail chiefly consists of pine-dominated rocky heaths. The old-growth forests, the medium-sized clear lakes as well as the small rivers and mires bring open space and variety to the forest landscape. Although nature does not recognise State borders, there are differences in the natural scenery (such as landforms) in Norway and Finland. 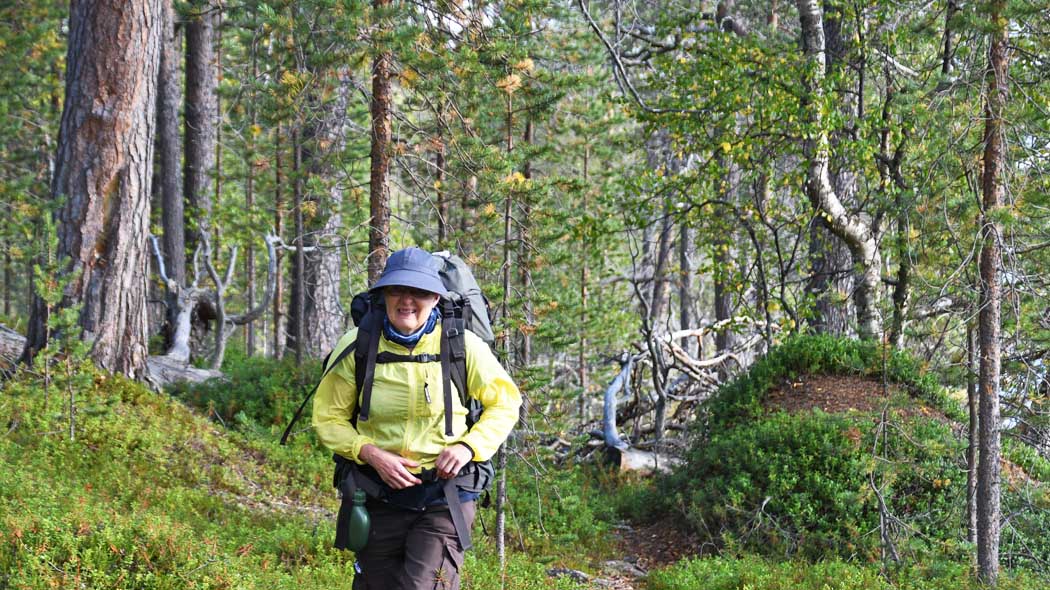 In the wilderness, observant hikers will see signs of wilderness animals and the cycle of nature. There is a row of holes on the side of a pine at the spot where a three-toed woodpecker has looked for food under the pine bark. The wilderness is also home to bears – the crushed anthills are evidence of their presence. As the boreal coniferous forest zone undergoes various stages of development, forest fires and storms contribute greatly to its regeneration. The fire scars on the sides of the large pines tell a story of the forest fires that raged in the area long ago. The tree trunks that have fallen in one direction in a specific area reveal the course of a powerful storm. 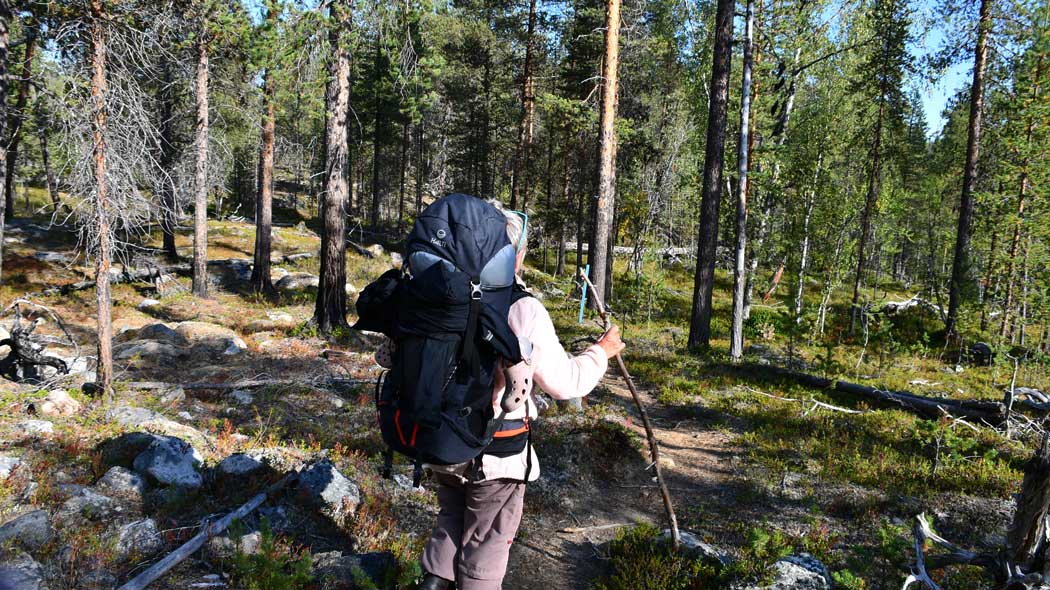 The Piilola Trail is also a cultural route on which you can catch a glimpse of how life in the wilderness was in the past. Life at the wilderness farms on the shores of lakes rich in fish was based on self-sufficiency. The inhabitants kept a few cows and reindeer, they fished and hunted and led, from a modern perspective, a simple life far away from the population centres. The hiking trail runs along the old routes between the wilderness farms and the villages of Nellim in Finland and Vaggetem in Norway. The carved markings on the sides of old pines are signs of a route used in the past. The depopulation of the Vätsäri wilderness farms began in the 1970s. Today, Vätsäri is a quiet wilderness area where the locals carry out reindeer husbandry and go hunting and fishing.

The international atmosphere of the Piilola Trail adds to its uniqueness. The Piilola Trail was created as a result of nature conservation and nature-based tourism cooperation between Norway, Russia and Finland. The hiking trail runs through the Pasvik-Inari Trilateral Park (pasvik-inari.net), which is located in Norwegian, Russian and Finnish territory.

By Car
In Finland

Local taxi and programme service entrepreneurs provide the necessary transport services in Finland and in Norway (kirkenesinfo.no). By road, the geographical distance between the trail's starting points is about 290 km. The distance from Neiden to the shores of Lake Sorbrysttjern is about 47 km and 13 km from Neiden to Näätämö. 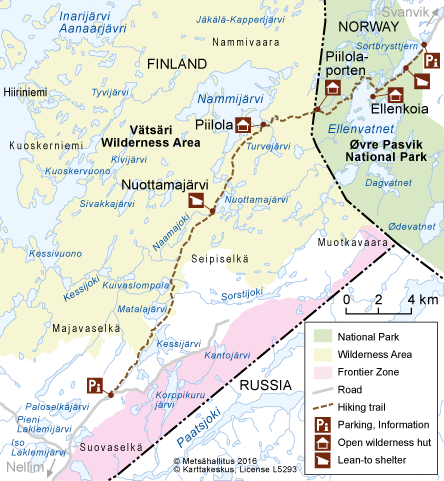 Instructions for Exploring the Piilola Trail

The trail on the Finnish side is in the area of Vätsäri Wilderness Area and in Norway the trail goes in the Øvre Pasvik National Park.

On the Finnish side camping is free and also along the trail in Norwegian side. 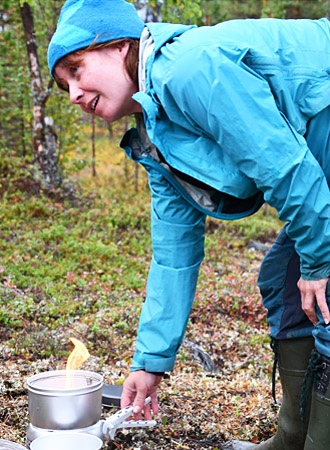 The Piilola Trail is demanding because of its wilderness-like character. Hikers must have prior hiking experience as well as good wilderness and navigation skills. There are only few duckboards and bridges along the trail, and the rivers are mainly crossed by wading or by walking on the stones. The duckboards are in a bad shape. On the Finnish side of the border, the trail has been marked with wooden poles and on the Norwegian side with paint marks on the sides of trees and stones, in addition to safety reflectors hanging from trees. 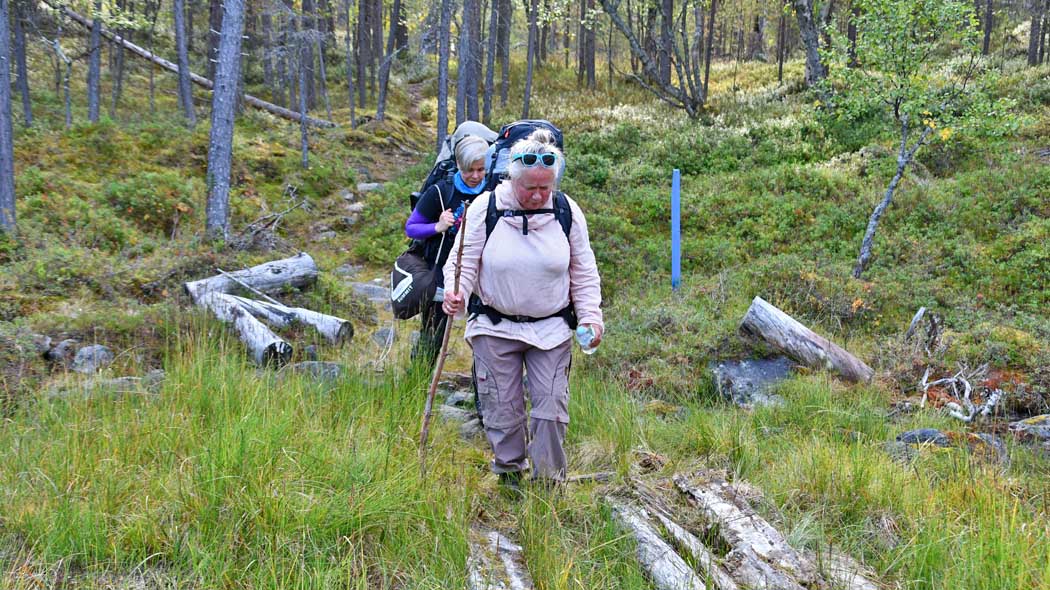 There is relatively little variation in altitude but the rocky ground makes walking slow. The estimated hiking time for the Piilola Trail is 3–4 days. The best time for walking the trail is between mid-June and the end of September, i.e. the period after the spring floods and before the first snowfall. It is advisable to ask about terrain conditions in advance at Ivalo Customer Service or the Siida Nature Centre. There are no accessible services along the trail. 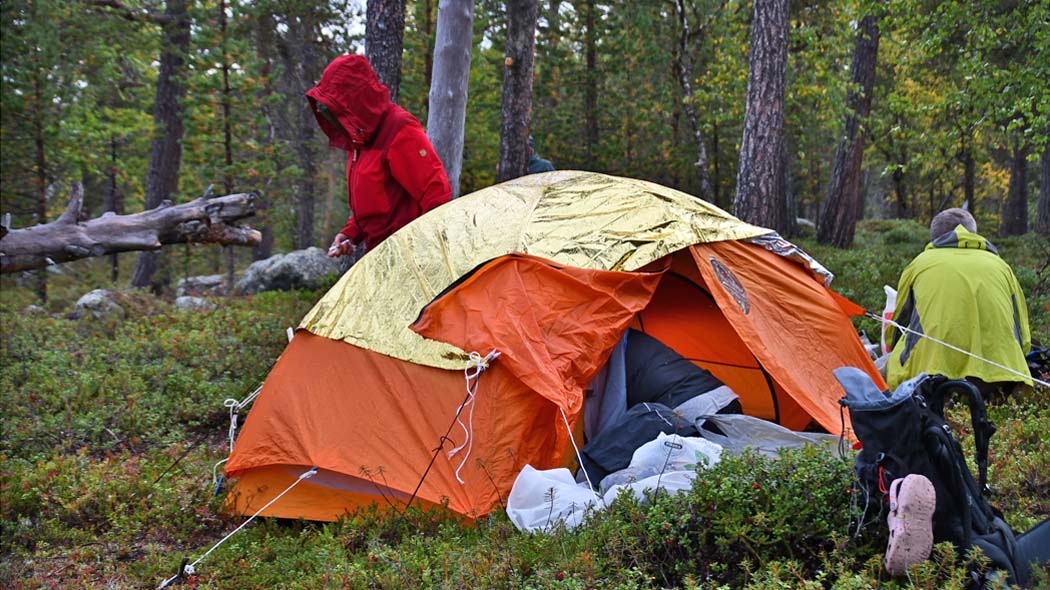 The huts are located in the following order when walking along the Piilola Trail from south to north: 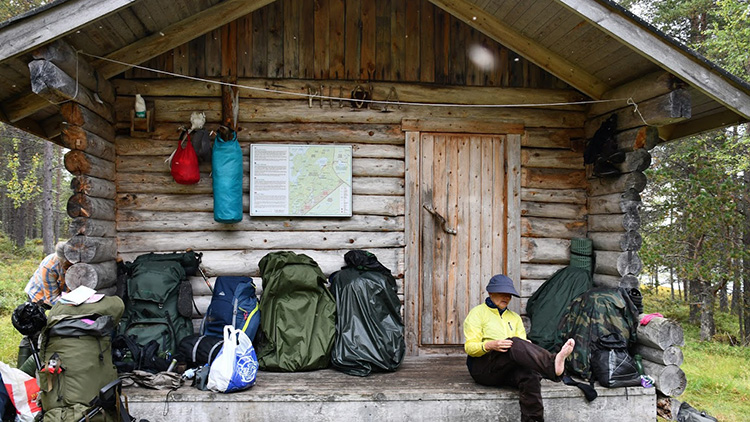 There is no recommended walking direction for the Piilola Trail; you can walk it from south to north or vice versa. The easiest way to hike on the Piilola Trail is to walk some of the stretch back and forth, as the trail's northern and southern starting points are located far from each other by road. Public transport services do not quite connect the starting points but local tourism entrepreneurs provide transport services. 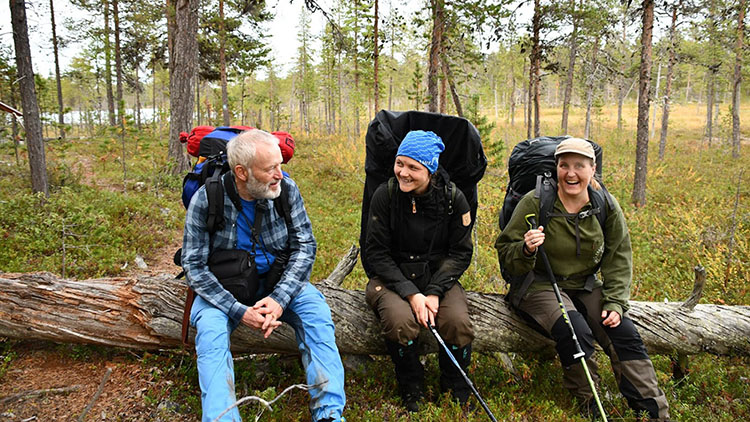 Below, the Piilola Trail has been divided into sections (according to accommodation opportunities) from south to north, i.e. from Finland to Norway. 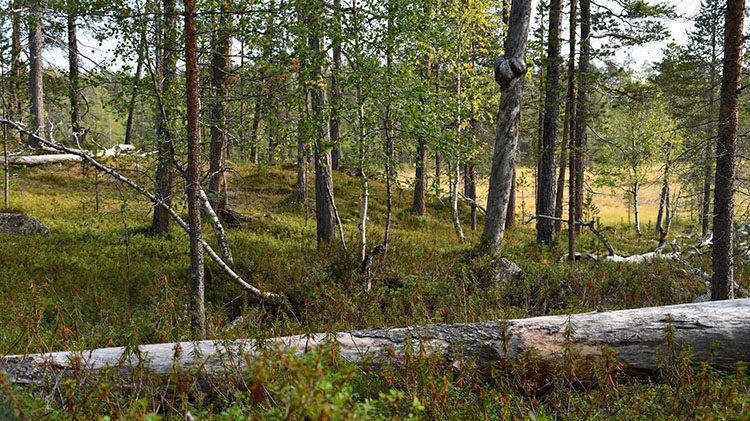