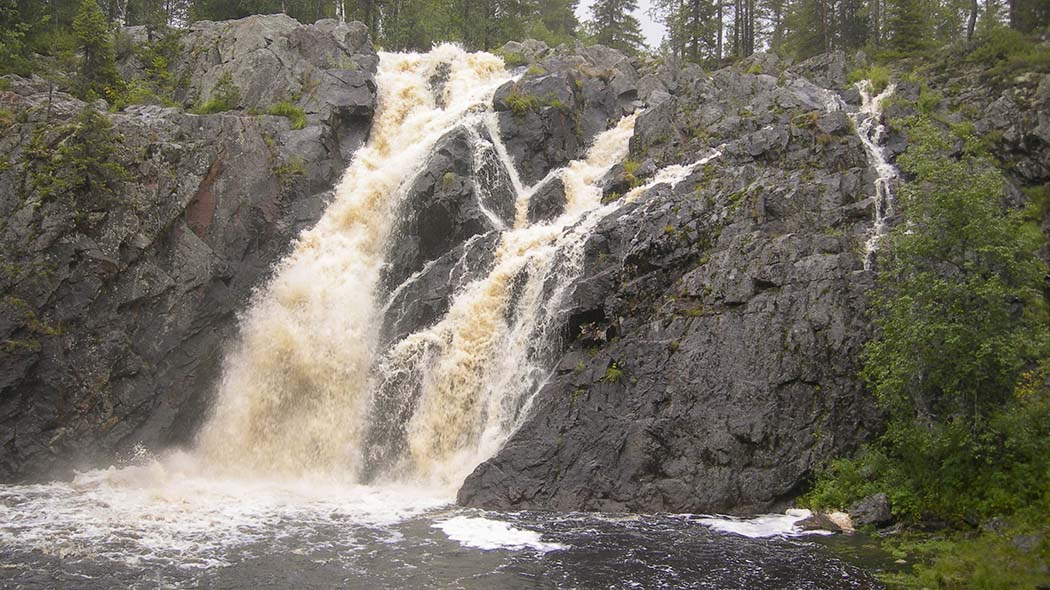 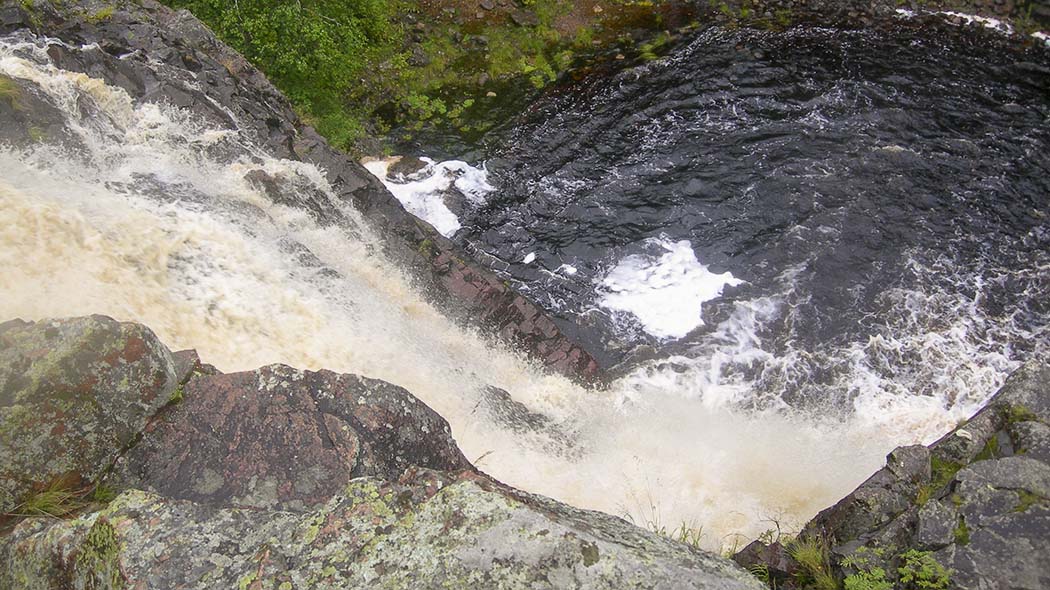 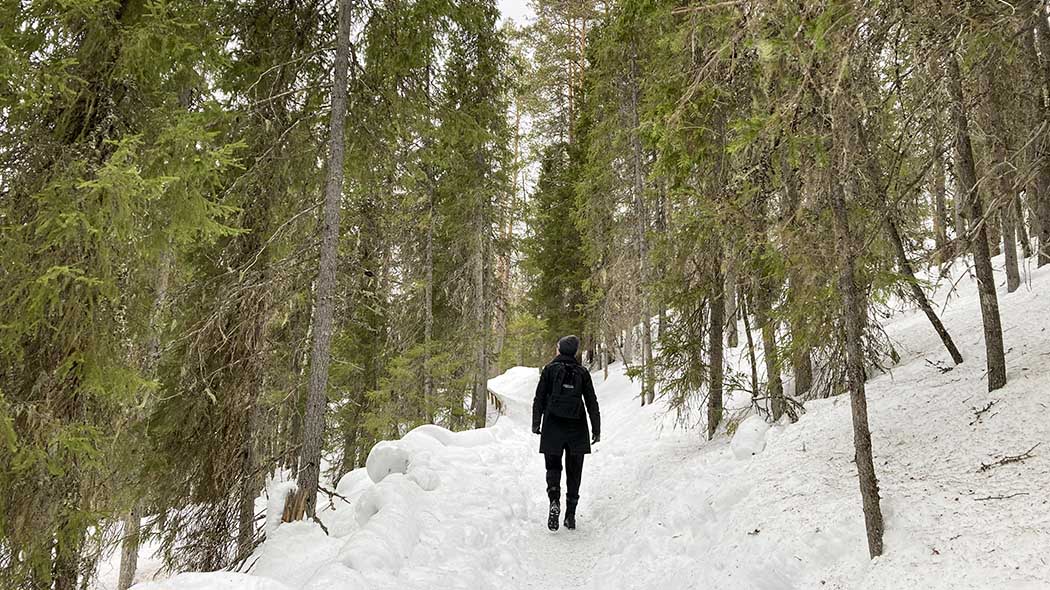 Also in winter there forms a trail to the waterfall. Photo: Eeva Pulkkinen. 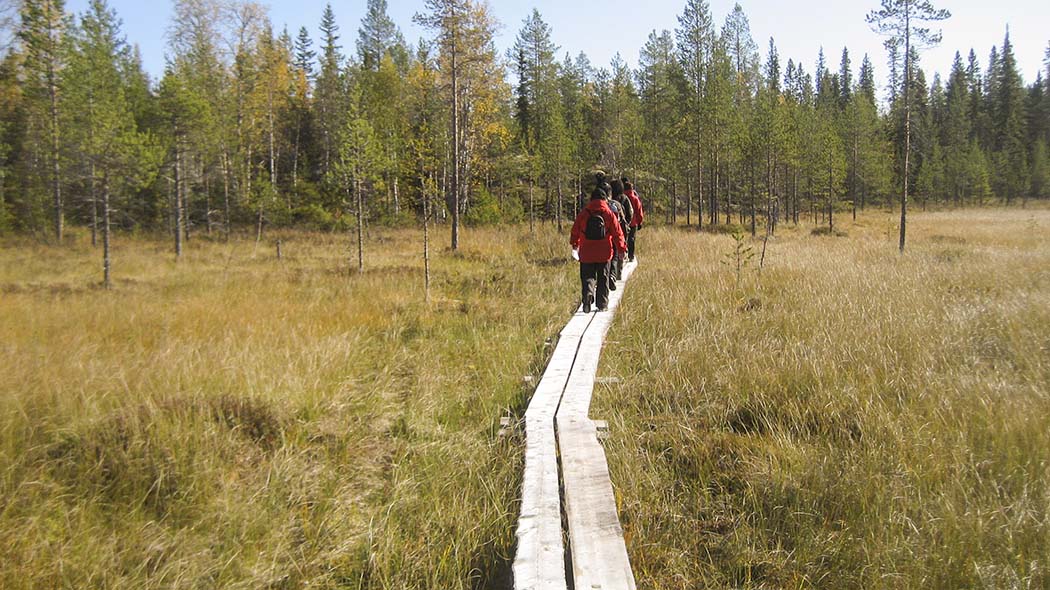 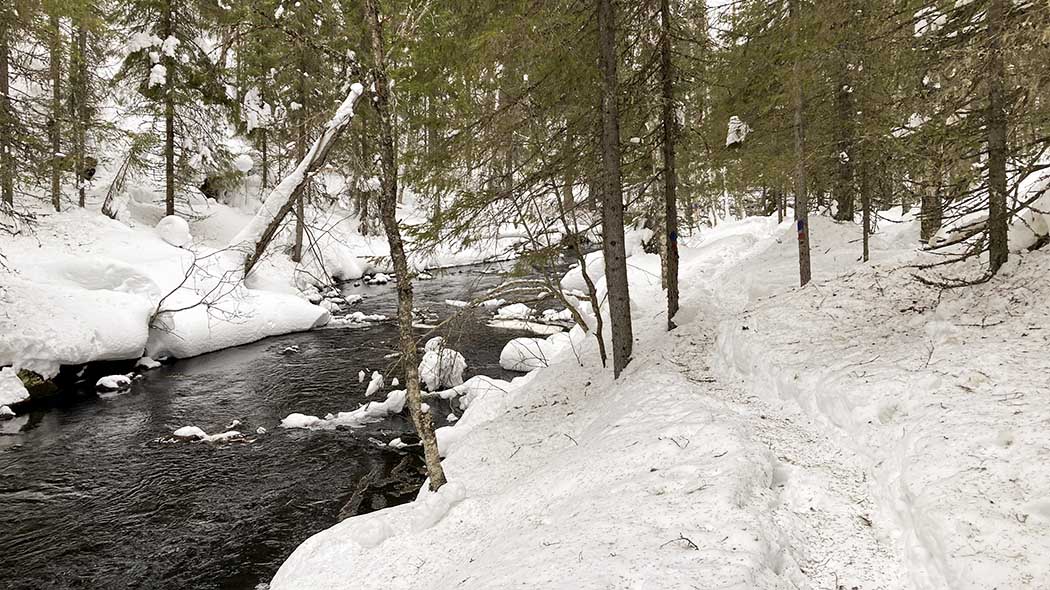 The geological trail is interesting to walk also in winter. Photo: Eeva Pulkkinen. 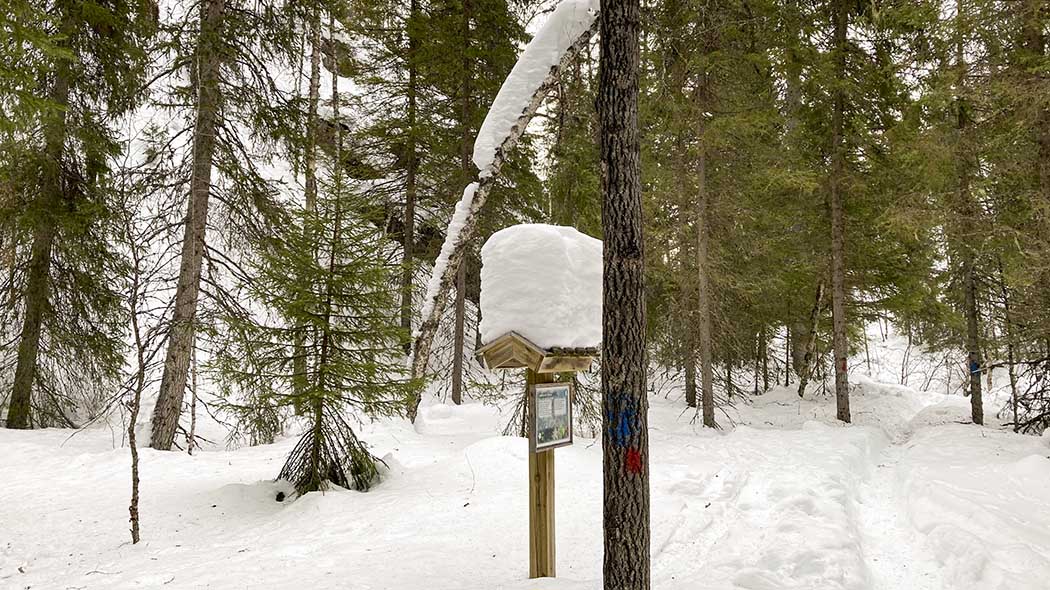 In winter, there is a lot of snow at the river valley. Photo: Eeva Pulkkinen.

The marked trails on the area belong to the UKK Hiking Trail, which portion in Puolanka municipality is called "Tonkohuikonen". UKK Hiking Trail is marked with blue color. 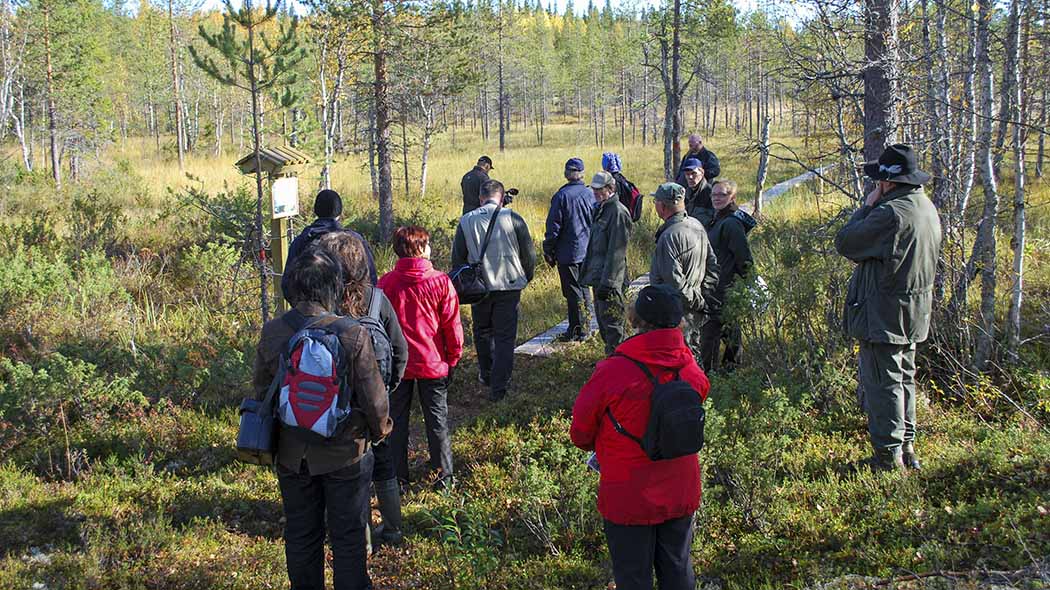 The trail leading to the Hepoköngäs waterfall, 600 m

"Tonkohuikonen", 1 km on the area

It is possible to paddle by canoe from below Hepoköngäs Waterfall down the River Heinijoki and across lakes Puolankajärvi, Vihajärvi and Ristijärvi immediately at the beginning of spring when waters are high. The route is a combination of calm river sections and long lake sections. The end point of canoeing route is Puolankajärvi Camping Ground. 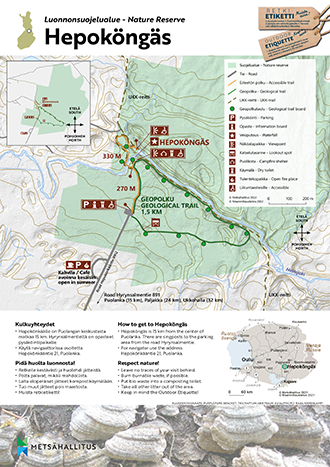 A bilingual, Finnish-English version (Pdf 2.4 MB, publications.metsa.fi) of the Hepoköngäs brochure has also been made.

Dogs must be kept on a leash!