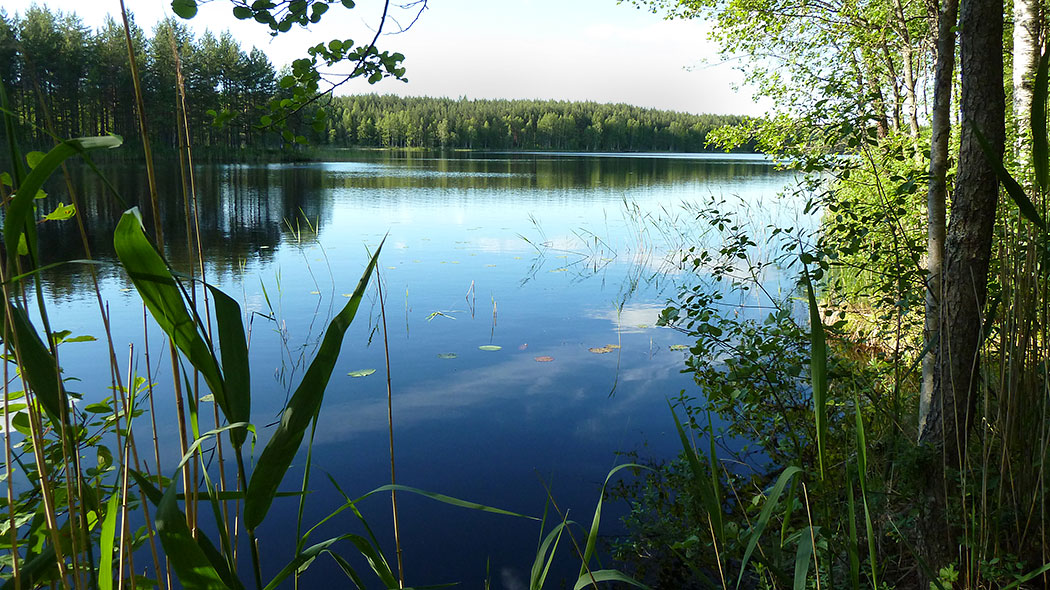 At the Evo Hiking Area you can unwind in varied wooded landscapes, and numerous lakes and ponds. 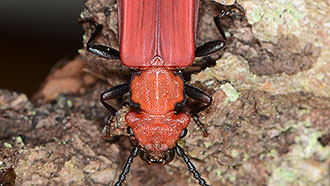 The ancient forest’s giant old aspens accommodate many species that prefer deadwood. At Evo you can spot flat bark beetles and protected lichen. Many species thrive in a diverse environment. 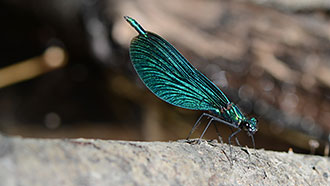 The free-flowing forest streams are essential for the trout's breeding. The oxygen rich stream water is also needed by many damselflies like the breathtakingly beautiful demoiselle. 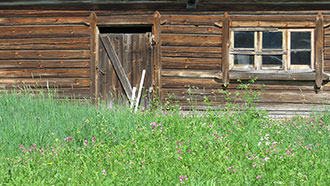 The crofter’s hut at Lake Mustajärvi

Northern Finncattle graze in the croft, keeping the beautiful meadow landscape open. In the meadows grow daisies, harebells and the endangered field gentian. 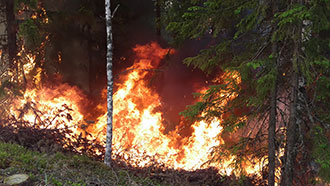 A burnt forest is a lifeline to many species. After the fire, the forest revives and lots of beetles and insects live in the charred wood. They in turn become a tasty snack for the three-toed woodpecker. (www.metsa.fi) 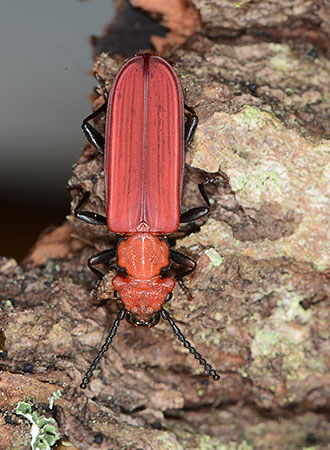 Evo is located in a watershed region, higher than its surroundings. Small lakes and soil low of nutrients are typical in the landscape. Traditional forestry has affected the development of the natural features in Evo. Moist and dry forests are the dominant forest types. The Pine (Pinus sylvestris) is the most common tree species, more than half of the forests in the area are pine forests. There are not many lush places in Evo. Also mires in their natural state are rare. Along Niemisjärvi Nature Trail or Harjupolku Nature Trail, the hiker can learn about mires.

The hilly landscape was shaped by the Ice Age. The highest altitude in the area is 160 metres above the sea level on Syrjänalusenharju Ridge, the tops of which have never been under water. 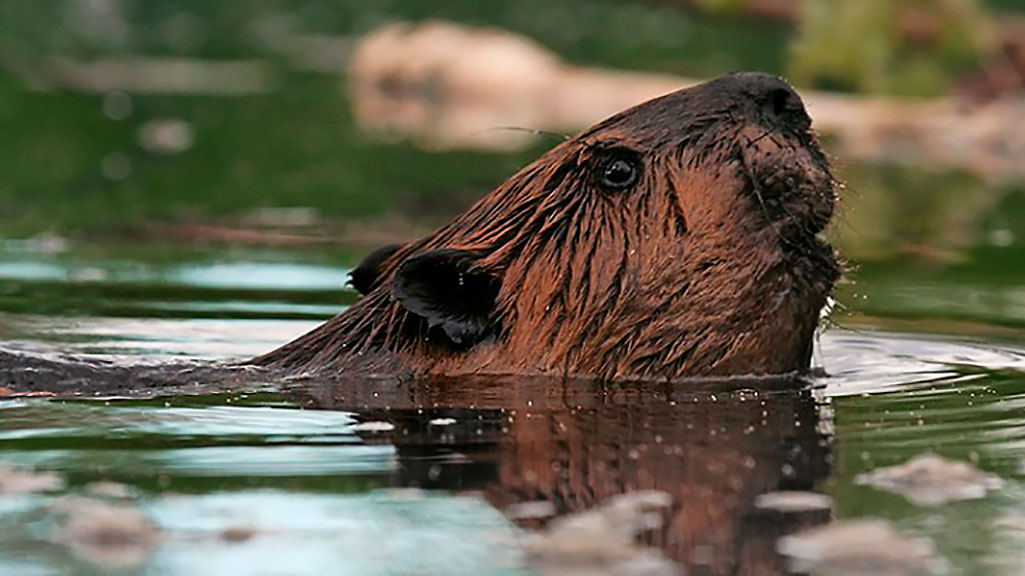 The Moose (Alces alces) is common in the forests of Evo, especially in the winter. The emblem animal of the area, the Lynx (Lynx lynx) is very occasionally seen in Evo, but its pawprints can be found on the snow. Other interesting mammal species found in the area are the Canadian Beaver (Castor canadensis) and the Siberian Flying Squirrel (Pteromys volans). The Beaver lives in brooks, and the Flying Squirrel in spruce-dominated mixed-wood forests, where old Aspens (Populus tremula) grow. 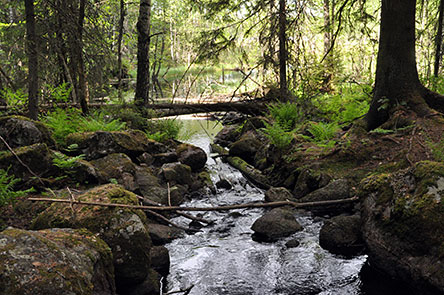 Of tetraonids living in the area, the most common is the Hazel Grouse (Tetrastes bonasia), and the Western Capercaillie (Tetrao urogallus) and the Black Grouse (Lyrurus tetrix) can also be seen. The nesting bird species of the many small lakes of Evo include the Common Goldeneye (Bucephala clangula), the Black-throated Diver (Gavia arctica) and several hawk and owl species. The Red-throated Diver (Gavia stellata) and the Osprey (Pandion haliaetus) are rare nesting species. Swans and a few other species of anseriformes stop to rest in Evo during their migration.

The most common fish species in Finland, such as the Pike (Esox lucius), the Perch (Perca fluviatilis), the Burbot (Lota lota) and the Roach (Rutilus rutilus), live in the small forest lakes of Evo. In the recreational fishing area Rainbow trouts (Oncorhynchus mykiss), Arctic chars (Salvelinus alpinus) and Trouts(Salmo trutta) have been planted.

The Lynx in Evo

Distribution of the Lynx

The Lynx (Lynx lynx) has one of the widest ranges of all cat species. There are five different species of Lynx in the world. The Eurasian lynx, which lives in Finland, is the largest in size. It also lives in other parts of Europe, and some in Asia, too. The species living in North America is a bit smaller. The Lynx is the only wild cat species in Finland. Its hunting methods limit its distribution. It likes to prowl in forests, and therefore it does not live in the fell areas, although it otherwise lives all around the country.

The body of the Lynx is about 70 - 140 cm long. Its tail may be as long as 25 cm, and the tip of the tail is black. Especially the hind legs are long and muscular and, like other cats, the Lynx has retractile claws. Adults weigh 8 - 25 kg. Usually males weigh an average of 19 kg, and they are larger than females. The usual ground colour of the spotted fur is reddish in the summer, and greyish or brownish in the winter. The best distinctive marks are the tufted ears and the whiskers.

The Lynx is mostly active at night and in the dusk. It is usually solitary, and its territory may be as large as 1000 sq.km. Males cannot tolerate others in their territory, but females are a bit more sociable and their territories may overlap. In the early spring, the mother lynx and its cubs may move around together.

The mother lynx gives birth to 1 - 3 cubs in the end of May under tree roots or in the middle of boulder deposit. The cubs are dependent on their mother until they are almost one-year-old.

The Lynx has similar method for catching its prey than other cats. First it prowls patiently, and when it gets close enough, it will jump onto the neck of the prey. It mainly eats hares, but it may catch anything from small rodents to tetraonids in the forest. In Häme region, the Lynx is known to have caught even White-tailed deer (Odocoileus virginianus).

The Lynx was vigorously hunted in the beginning of 1900s, and it almost became extinct in Finland. The population has recovered well, but it is still threatened by habitat loss and by decrease in the populations of its prey. Nowadays, the lynx is protected and it may be hunted only with a permit.

The waters of Evo area flow into Kokemäenjoki River through the waterways of Lake Hauho and Lake Vanajavesi. Most of the lakes in Evo Hiking Area are small, acidic humus lakes connected by narrow brooks. In the esker area, there are some small spring lakes with clear water. 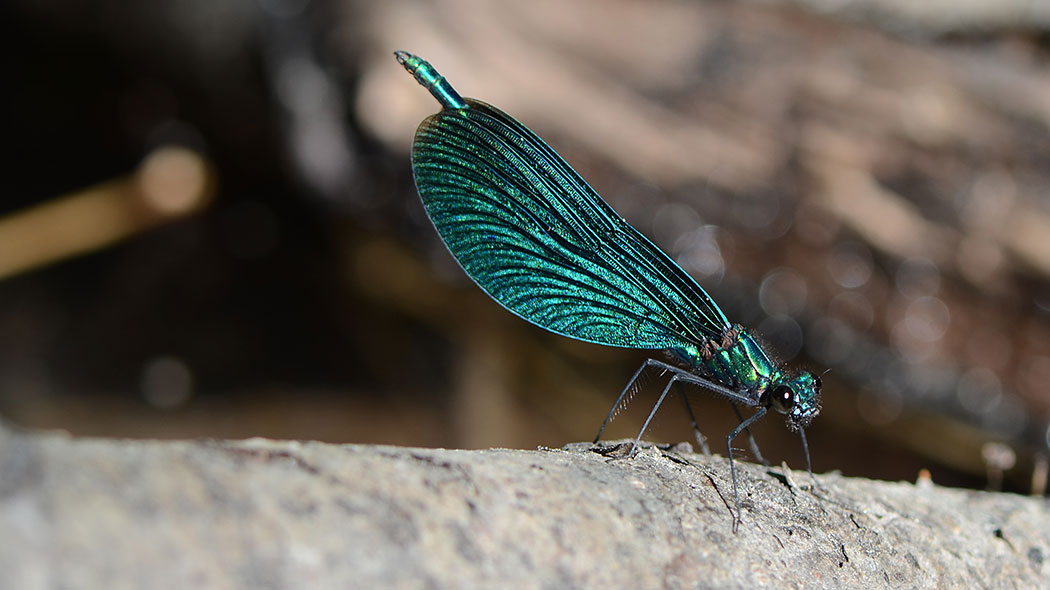