Torronsuo Mire was formed in the northwest part of the Tammela Upland, in a bay in the long and clay bedded Yoldia Sea as the sea withdrew due to fast land uplift. About 8500 years ago there was a vast lake in this area, the shallowest parts of which, for example Torronsuo, began to become overgrown. Radiocarbon dating has shown that the oldest peat in the area began to become layered 10,480 years ago. This makes the peat's average sedimentation speed over a longer period of time, 1.1 mm per year. Today spaghnum moss grows 1-2 cm a year and forms 0.5-3 mm of peat water annually.

Hay and Dried Peat from the Mires 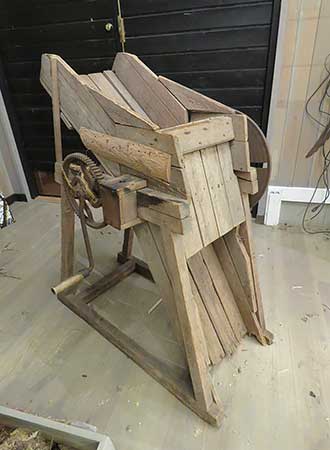 Findings in Tammela indicate that there were inhabitants in the area as early as during the Stone Age. A significant amount of Stone Age dwellings have been found especially in the area surrounding Lake Talpianjärvi.

Abundant amounts of hay have been gathered from Torronsuo to be used as feed for livestock. Cutting of hay continued in the mires for centuries, all the way to the 1960s. Peat was gathered from the mires and used as dry feed for pets. All the farms in the Torronsuo area had their very own peat gathering spots. Only surface peat with spaghnum was gathered ensuring that the effects on the environment and landscape have been minimal and localised. There are still visible peat gathering spots, peat drying stacks and crumbled peat barns in the mire. The foundations of a peat magazine still remain in Kiljamo. 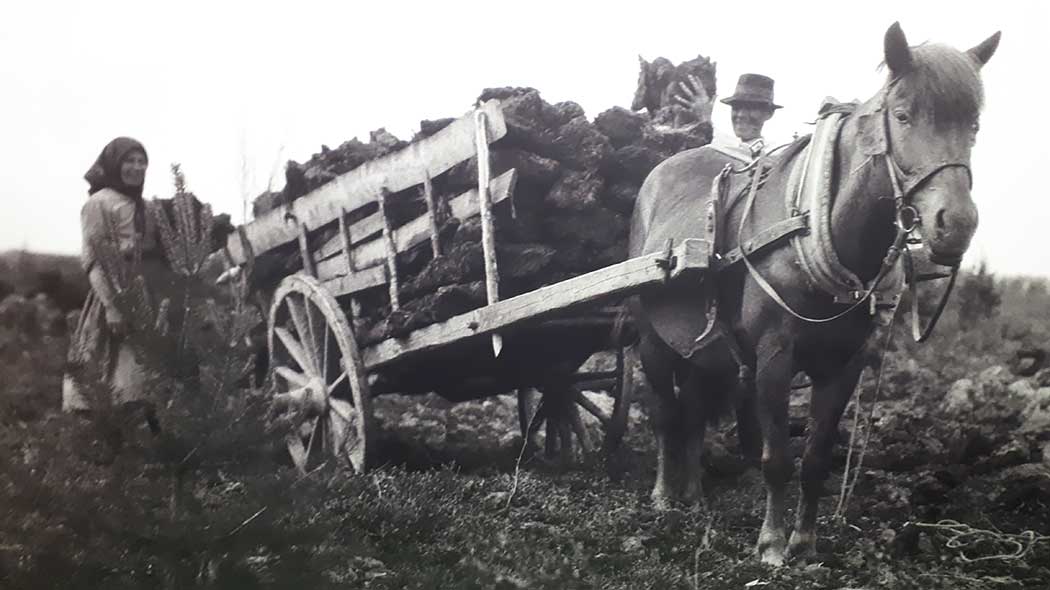 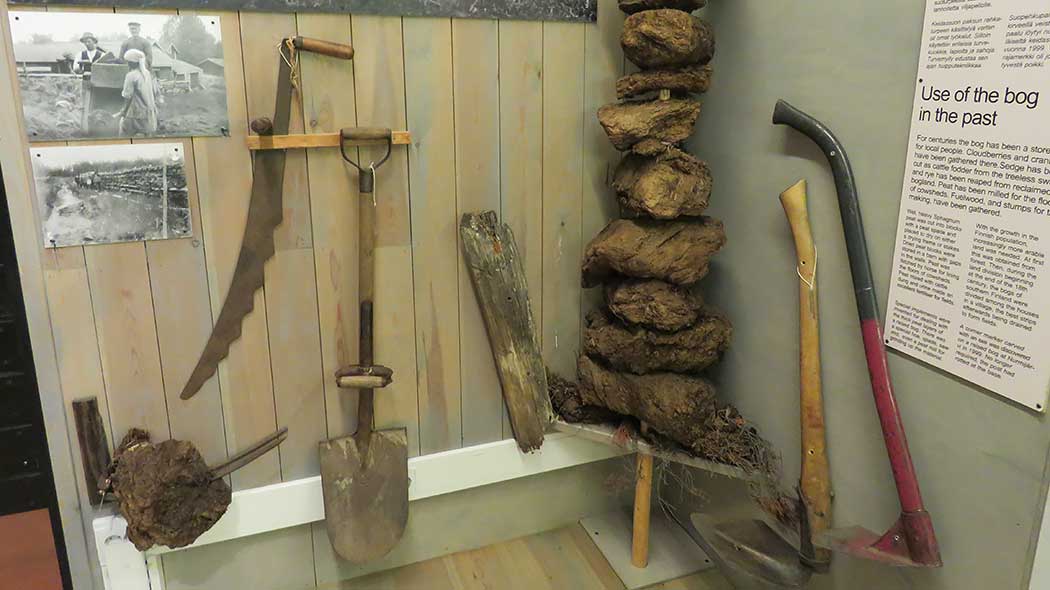 On the south edge of Torronsuo Mire there are bared cliffs, which in the 1700s were found to be good sources of quartz and were quarried in several places for the needs of the glass industry. The most known quarry is Härksaari. In the national park area quartz was also mined at Hirvisaari. Quartz was mined to be used as a raw material at the Åvik glass factory in Somero. The Åvik factory was founded in 1748 and for the following 30 years it was Finland's only glass factory. The quarries were mined for about 80 years up to 1833. Later on feldspar was also mined in the area.

During the 1800s A. E. Nordenskiöld, a well-known Finnish explorer, together with his father Nils Nordenskiöld found numerous minerals while studying the Torro quarry. Some of these minerals were extremely rare. Some of the earliest pieces of tantalum exhibited in Europe's museums are from this area.