Seidas as Places of Worship for the Sámi people 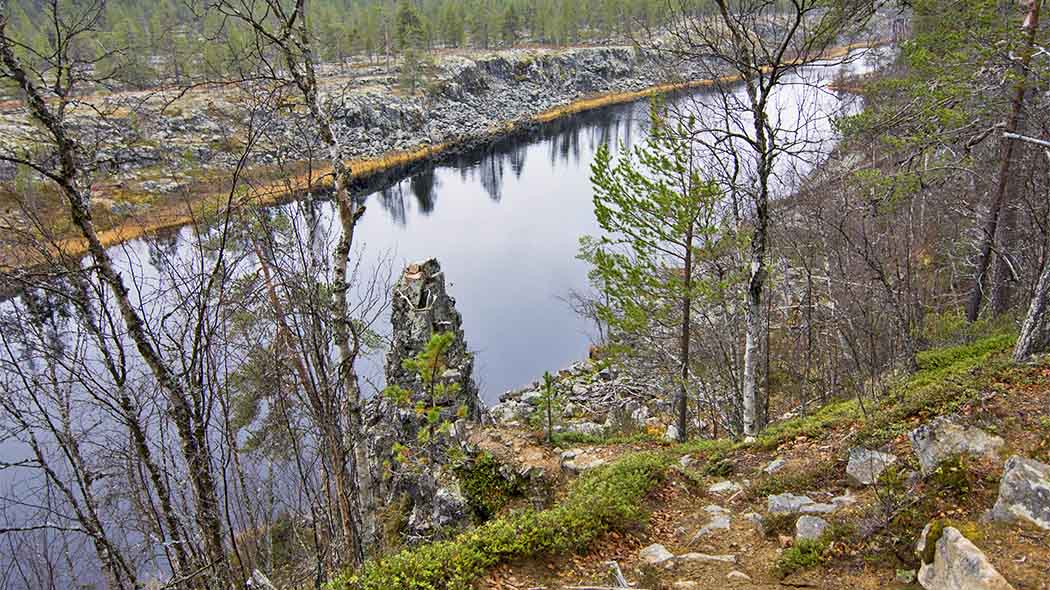 The Holy Was Ever Present

Old Sámi religion was based on an animistic ideology, according to which everything - inanimate nature, natural phenomena, animals and plants - has a spirit. When nature and its phenomena affected people's lives, they were revered and even feared. In the hopes of favourable conditions, people offered sacrifices to the nature-dwelling spirits. The most important deity was Ukko, Äijih. The Finnish word Ukko derives from the word referring to thunder, ukkonen (like Torus, Thor). Ukko's wife was Akka (Ákku or grandmother in Sámi). Other important gods included the sun, i.e., Päivä ("Day"), as well as the moon, wind and water gods. In pre-Christian Sámi culture, there was no term referring to religion. The seidas, deities and their worship were a natural part of people's everyday life. The notion of holy was perceived in a very broad sense, for it was present everywhere.

Seidas as the Dwellings of Deities

Seidas are holy places related to Sámi culture. These places of worship were believed to be the home of gods, spirits and elf folk. Seidas were often made of wood or stone. Seida rocks are typically individual, unusually shaped or coloured natural rocks. Most seida rocks are noticeable landmarks and clearly stand out in their environment.

The mere presence of the Taatsi Seida, for example, emanates such grandeur and holiness that it has also been known as the Powerful Seida and the Taatsi God. The Taatsinkirkko rock formation was thought to have been made by giants due to its unusual and peculiar shape. The Taatsi Seida was dedicated to deer, fish and later also to reindeer. On the northern shore of Lake Taatsijärvi is the Taatsipalo reindeer herding pen that, according to popular belief, used to be the site of a large Lapp 'kota' hut field.

A Myriad of Holy Places

Wooden seidas have appeared mostly in wooded areas, on the shores of good fishing waters. They have often been shaped by cutting the lower branches of trees or lifting a block of wood or a tree stump into an imposing position. At times, people carved features of human faces or figures in the wooden seidas. Fells, hills, steep cliffs, unusual gorges and saivo lakes could also have served as holy places. In addition to Pakasaivo, examples of such sites in Lapland are the Ailigas Fells in Utsjoki, the Ukonsaari Island in Lake Inarinjärvi, the Saana Fell and the Taatsinkirkko rock formation. There are numerous place names in the North referring to the holiness of the place and its possible use as a place of worship. Fishing seidas were usually located by waterways, sometimes even in the water. The seidas located on fells and hills have been used by deer hunters and reindeer owners.

Every village or siida in Lapland and several families also had their own seidas. A seida dedicated to the god Ukko stood behind many Lapp ‘kota' huts. For the deity residing in the seida to smile upon his worshiper, cult ceremonies were performed and the seida anointed with animal fat or blood a few times a year. The most important sacrificial ceremonies were related to turning points in the annual cycle, midsummer and autumn, as well as the transitional rites in people's lives, such as childbirth.

When a man set out to go deer hunting or fishing, he promised a share of his catch to the seida to ensure good hunting and fishing. When the hunter or fisherman returned, the seida was offered the best parts of the kill as thanks: bones, horns, fish or pieces of fish. The offerings were also meant to keep the seida in a favourable mood. Sometimes the seida was offered spirits, tobacco, iron, or money. According to the stories collected by Samuli Paulaharju, the Taatsi Seida had a birch pole made by Murri-Pekka and Pultsu-akka with which offerings were hoisted on top of the high seida rock. Sammun akka, the wife of Sammu from Karhula, always brought the biggest whitefish head to the seida as an offering of thanks and Sammu himself brought a grand crown of deer horns after he made the kill he had requested from the seida.

The oldest piece of writing to mention the Sámi people worshiping trees and rocks dates back to the 16th century. Seida worship began to wane when Christianity spread from the 17th and 18th centuries onwards. In the eyes of the Christian world, the Sámi seidas and gods were sacrilegious; many seidas were destroyed at the hands of church and secular authorities.

Signs of sacrifices made to seidas have, however, been seen as late as in the 20th century. It would not be unheard of even today for someone to place a coin or another small offering in a rock hole in honour of ancient ways and all that is holy. Many seidas have been forgotten over time, but several holy places have become important attractions of cultural and historical significance, and their history is kept alive in stories and legends.