There are a variety of mire types at Martimoaapa - Lumiaapa - Penikat Mire Reserve. They differ in vegetation type and what nutrients are present. There are barren mires that require few nutrients as well as fens, which need nutrient rich land to be able to thrive.

Treeless fens are typical of the area. Lumiaapa and Simoskanaapa especially offer views of open land as far as the naked eye can see. Myllylänaapa and Kivalonaapa however are smaller aapa bogs. Järviaapa differs from these other aapa bogs as the vegetation there is dependant on rain water. As well as aapa bogs there are also raised bogs. Although the mire the area was named for, Martimoaapa, has the word ‘aapa' in it, it is actually a barren raised bog, with its centre higher than its edges. 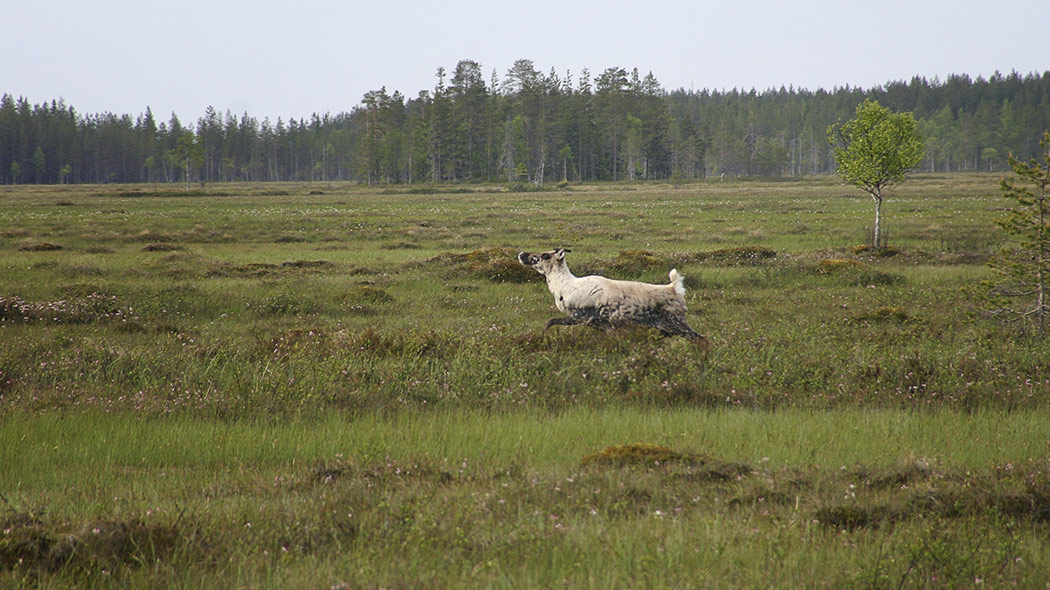 The Kivalot is a 100 km long chain of high hills. The chain reaches as far north as Eastern Lapland. A part of this chain called the Penikat Hills is within the mire reserve. In the western portion of the reserve the backdrop is the area's three hills Yli-Penikka, Keski-Penikka and Ala-Penikka. Their blue silhouettes create a great contrast for the barren mire landscape. Another unforgettable view is that from the scenic lookout tower at the top of Keski-Penikka Hill on a clear day.

The absolute gem of the area is Lake Martimojärvi and its extension Lake Pikkujärvi which are located in the east part of the mire reserve. They are barren and have brown water. Lake Martimojärvi is full of fish, and fishermen can look forward to catching perch (Perca fluviatilis ), pike (Esox lucius) and bream (Abramis brama) as well as whitefish (Goregonus lavaretus ), which was introduced there a while back. During late summer the northern shoreline is a good cloudberry picking site.

South of the lakes there is a flark which is difficult to get to. It is the overgrown pools of Lake Martimojärvi and is probably the most untamed area in the mire reserve. This is also the most vulnerable place bird-wise and visitors should stay away during nesting time to allow birds to nest in peace. Visitors can observe birds in the area from the bird watching tower on the north side of the lakes. 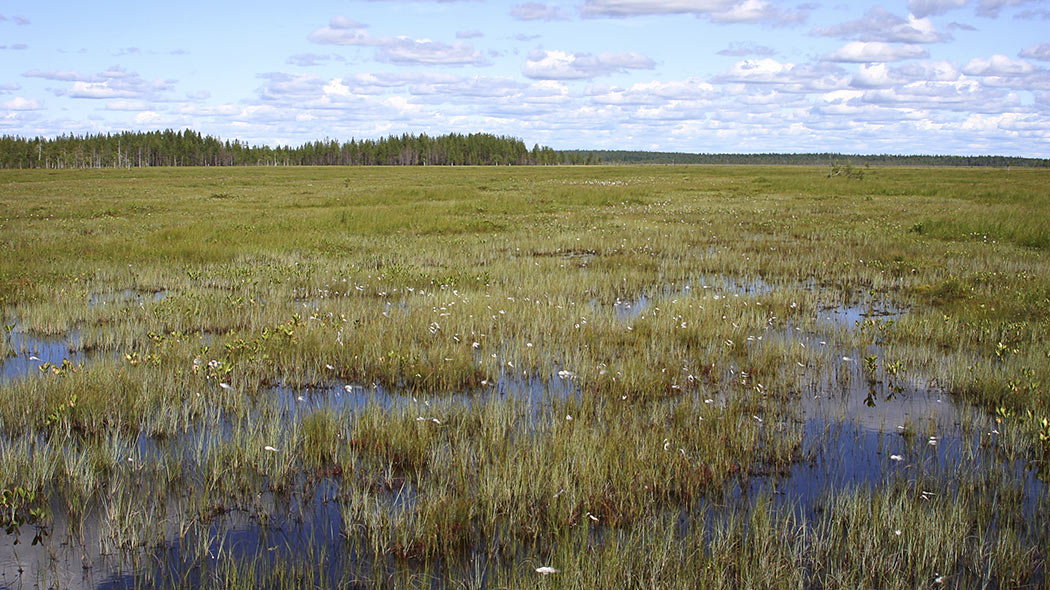 Some of the forests in the Martimoaapa - Lumiaapa - Penikat Mire Reserve are valuable old-growth forests. The main trees which grow in these old forests are spruce, pine, birch and grand-sized aspens. Forests which are very nearly in their natural state can be found on the slopes of the Kivalot Hills and in the south part of the reserve. 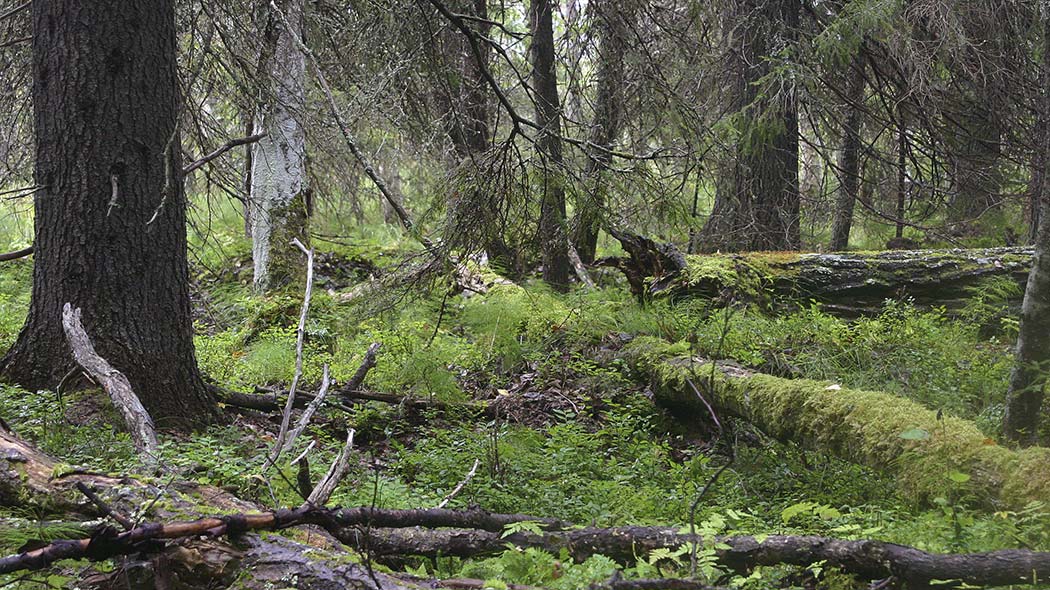 Forests cover patches between open mires. They provide variety in an otherwise flat landscape. The forests are important habitats for birds of prey and carnivores. In the north of the area the forests are young as prescribed burning was practised there in the 1950s and 1960s.

In regard to birdlife the Martimoaapa - Lumiaapa - Penikat Mire Reserve is a nationally significant mire entity. It is a bird and bird watcher's paradise: Nearly 100 bird species nest in the area. With some luck a quiet hiker can see some of the more timid of wilderness birds such as the Arctic Loon (Gavia arctica), the Red-Throated Diver (Gavia stellata) or our national bird the Whooper Swan (Cygnus cygnus). The Common Crane (Grus grus ) also feels at home in the open mires.

The area is home to a diverse population of birds of prey amongst which are many hawks: the Eurasian Buzzard (Buteo buteo), Northern Goshawk (Accipiter gentilis), the Western Honey Buzzard (Pernis apivorus), the Hen Harrier (Circus cyaneus), the Northern Hobby (Falco subbuteo), the Merlin (Falco columbarius) and the Common Kestrel (Falco tinnunculus). Owl species found in the reserve are the Hawk Owl (Surnia ulula), the Short-eared Owl (Asio flammeus), the Great Grey Owl (Strix nebulosa) and the Tengmalm's Owl (Aegolius funereus) as well as the Northern Eagle Owl (Bubo bubo). Other birds with large populations in the mire reserve are the Willow Warbler (Phylloscopus trochilus), the Meadow Pipit (Anthus pratensis), the Yellow Wagtail (Motacilla flava) and the Tree Pipit (Anthus trivialis ).

The Common Teal (Anas crecca), the Mallard (Anas platyrhynchos) and the Northern Pintail (Anas acuta) are the most common anseriformes in the area. There are also many tetraonids in the area though the population size of the Willow Grouse (Lagopus lagopus), the Black Grouse (Tetrao tetrix), the Western Capercaillie (Tetrao urogallus) and the Hazel Grouse (Bonasa bonasia) vary greatly each year. Flocks of the Bean Goose (Anser fabalis) bring hunters to the area each autumn.

Flark fens with few species growing in them are also typical of the mire reserve. The Bogbean (Menyanthes trifoliata), the Intermediate Bladderwort (Utricularia intermedia) and the Scheuzeria palustris are some of the vegetation found in the wet flarks which surround the fens. Dwarfed pine trees line the edges of open bogs and spruce mires are found for example along the banks of the River Martimo-oja and its tributaries. 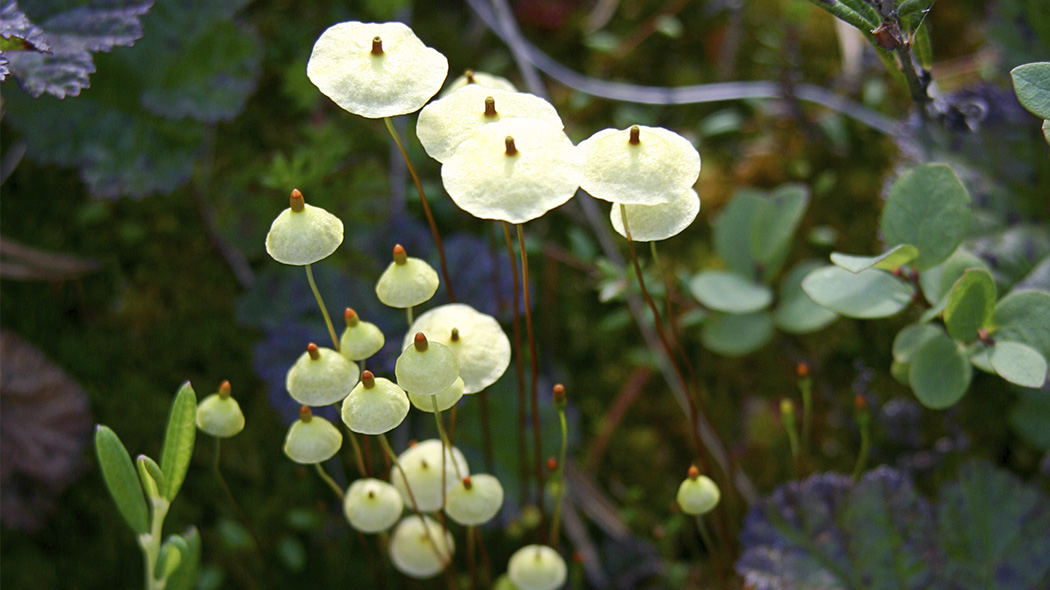 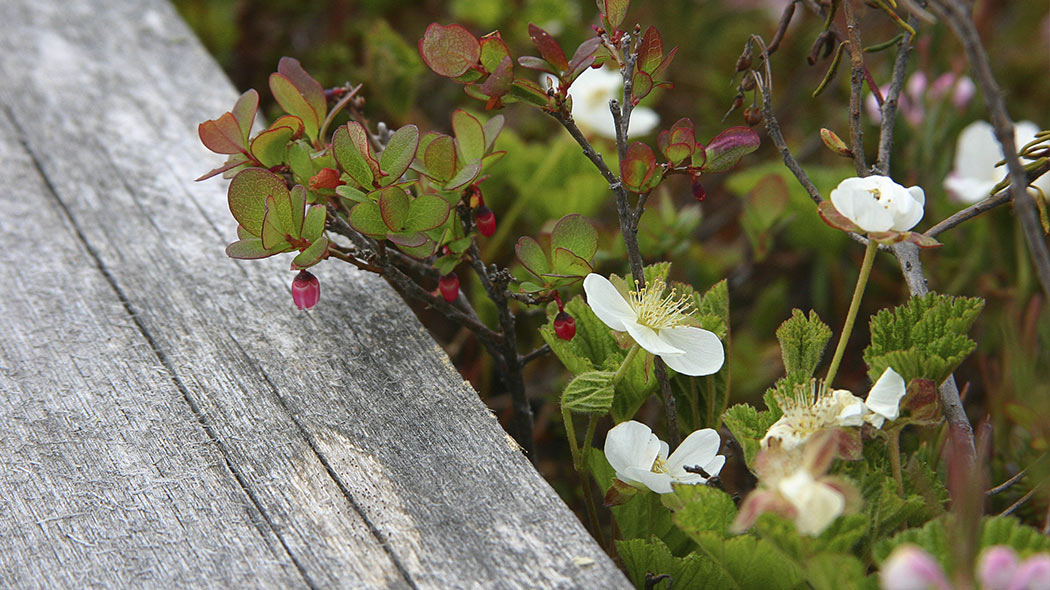