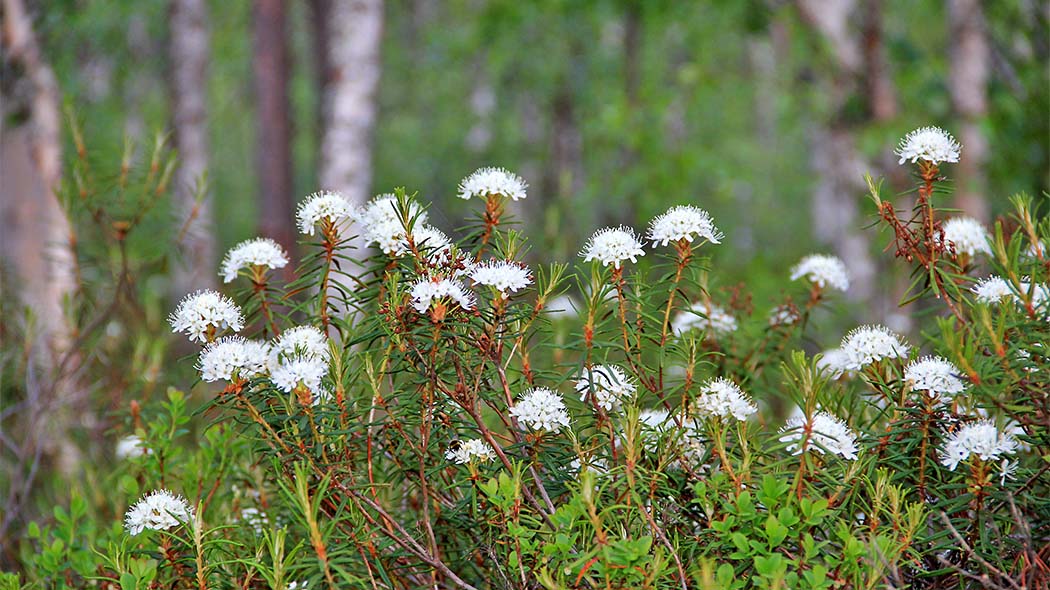 A considerable amount of the area (12 %) is made up of eutrophic fens, and approximately one quarter consists of forested mires, or pine bogs and spruce swamps. The area is not entirely in a natural state, so extensive restoration work has been carried out. The goal of the restoration is to return the area to a natural state and a natural water balance.

Teuravuoma - Kivijärvenvuoma is in the Lapland greenstone belt, which is characterised by volcanic rocks. The natural forests in the area appear in the form of small forest islets. Most of the spruce-dominated natural forest stands are more than 200 years old.

The avifauna in Teuravuoma - Kivijärvenvuoma is very representative and one of Central Lapland's best avifauna sites. Nearly 100 bird species have been spotted in the region, some of which are threatened. The following species have been known to nest in the area: the Bean Goose (Anser fabalis), the Common Crane (Grus grus), the Whooper Swan (Cygnus cygnus), the Lesser Spotted Woodpecker (Dendrocopos minor), the Capercaillie (Tetrao urogallus) and many ducks and other waders.

Aapa mires are valuable sites for protecting avifauna. Due to their diverse habitats, they offer many species a good place for breeding and feeding. Aapa mires are also important resting spots for migrating species.

Extensive pine bogs and eutrophic fens in a natural state can be found in the Teuravuoma - Kivijärvenvuoma area. Threatened and near-threatened vascular plants and mosses, such as slender green feather-moss (Hamatocaulis vernicosus), grow in the area. Of land molluscs found in the area, the Geyer's whorl snail (Vertigo geyeri) is a near-threatened species.