Along the Molpehällorna Nature Trail (1 km, 2 km or 3 km in one direction), you will see a reconstruction of an old "vippbåk" beacon. It is an old lighthouse type that used to be common in the Nordic Countries. There is a lever on top of the high building, and on the other end of the lever, there is an iron basket, in which they used to place firewood, tar or coal. When the lighthouse was in operation, a fire was lit in the basket, whereafter the basket was levered high up.
Apparently, the "vippbåk" beacon on Molpehällorna was the first "vippbåk" in the Gulf of Bothnia, and it was, presumably, built in 1668. During the summer, group excursions are organised to Molpehällorna, but it is also a good destination for independent boaters and canoeists. 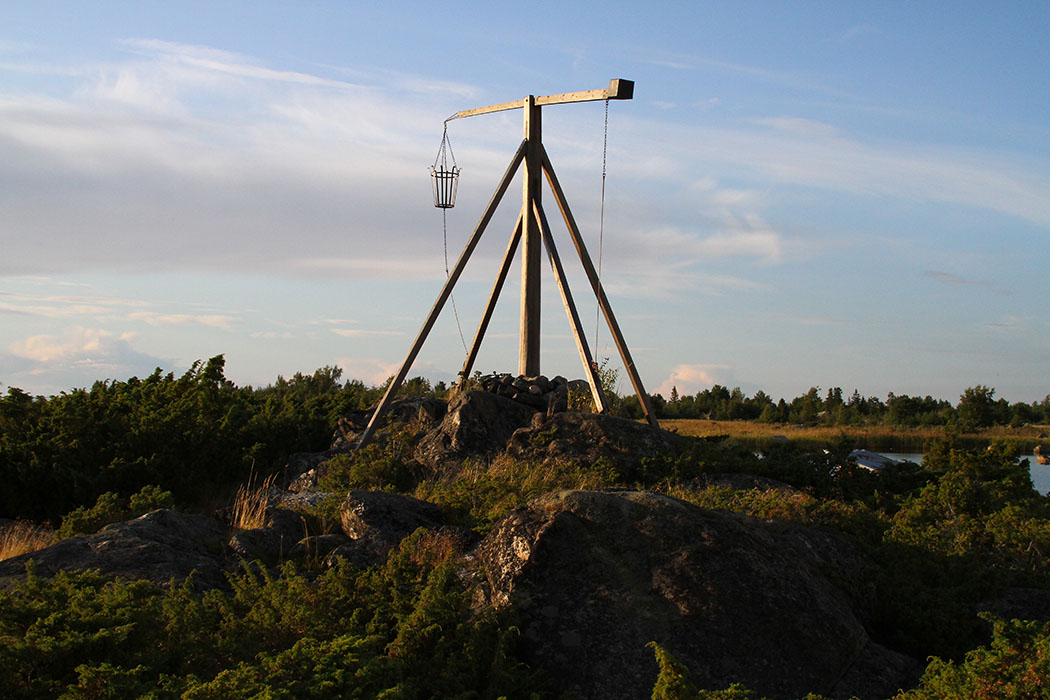 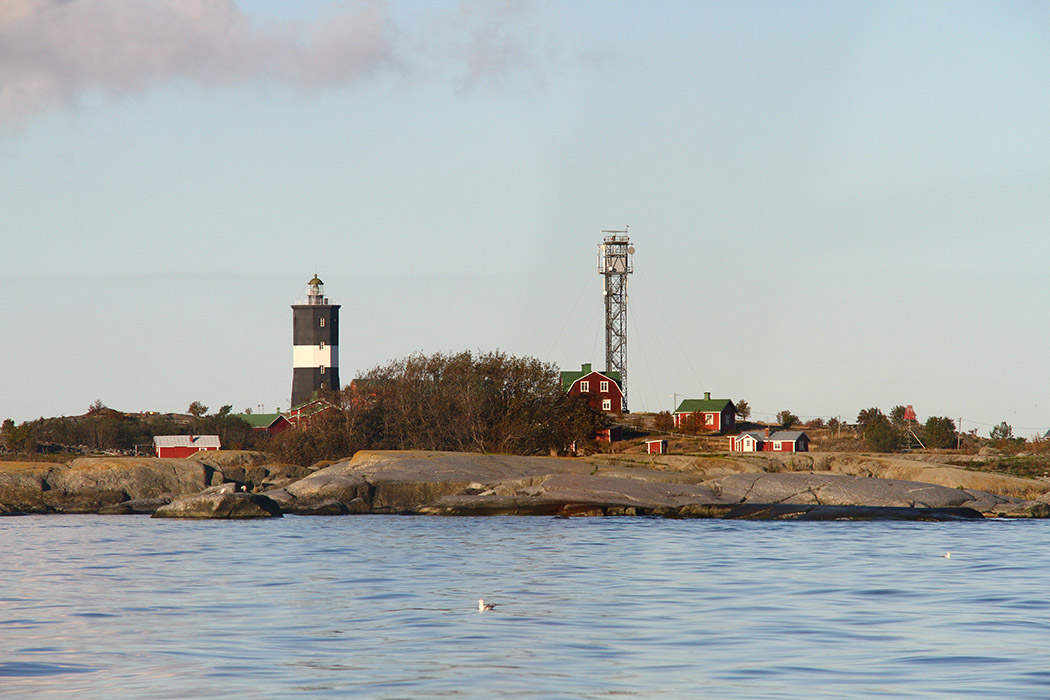 There is a memorial for postal services, next to the old fishing harbour of Bodback. The inhabitants of Björkö transported post and state officials across Kvarken to Sweden, from the 16th century until 1809. They kept the post-row boat at the site where the memorial is currently located. The memorial is located along the Bodvattnet runt Nature Trail. 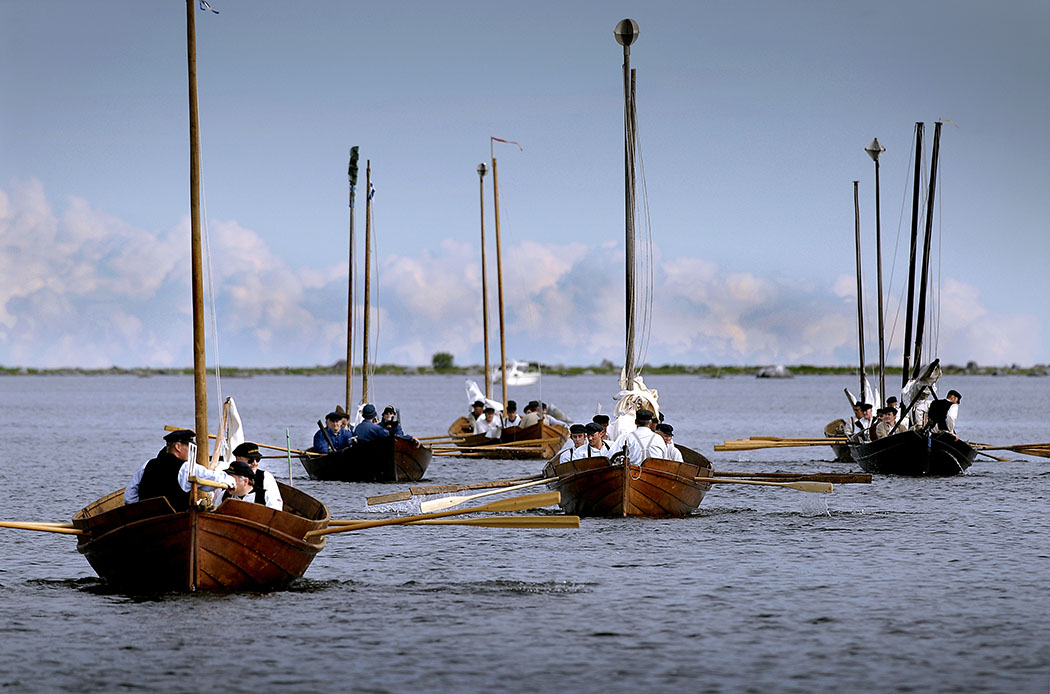 The Replot Bridge was completed in 1997. It is the longest bridge in Finland (1,045 m) and it links Replot Island to the mainland. The bridge is also a gateway to the northern parts of the Kvarken Archipelago World Heritage Site. 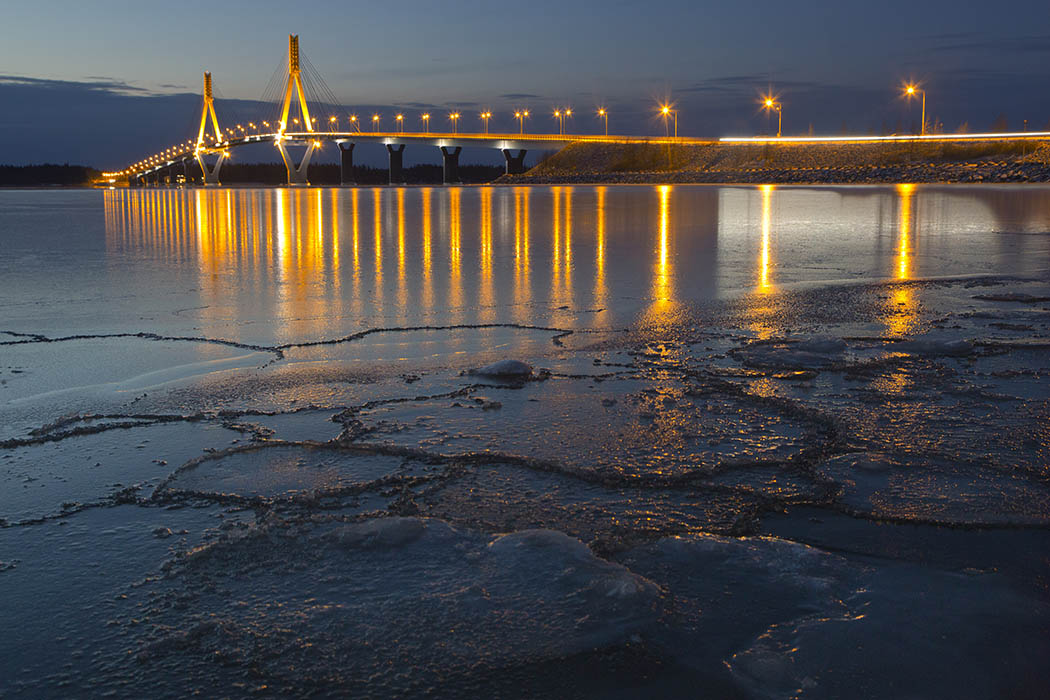 A wooden beacon was built on Ritgrund Island in 1863 and it was turned into a lighthouse in 1945. This small island is located on the north-eastern side of Replot Island. An important seaway, from the Bothnian Bay to the Bothnian Sea, departs from next to Ritgrund. Ritgrund is a good destination for boaters and canoeists. 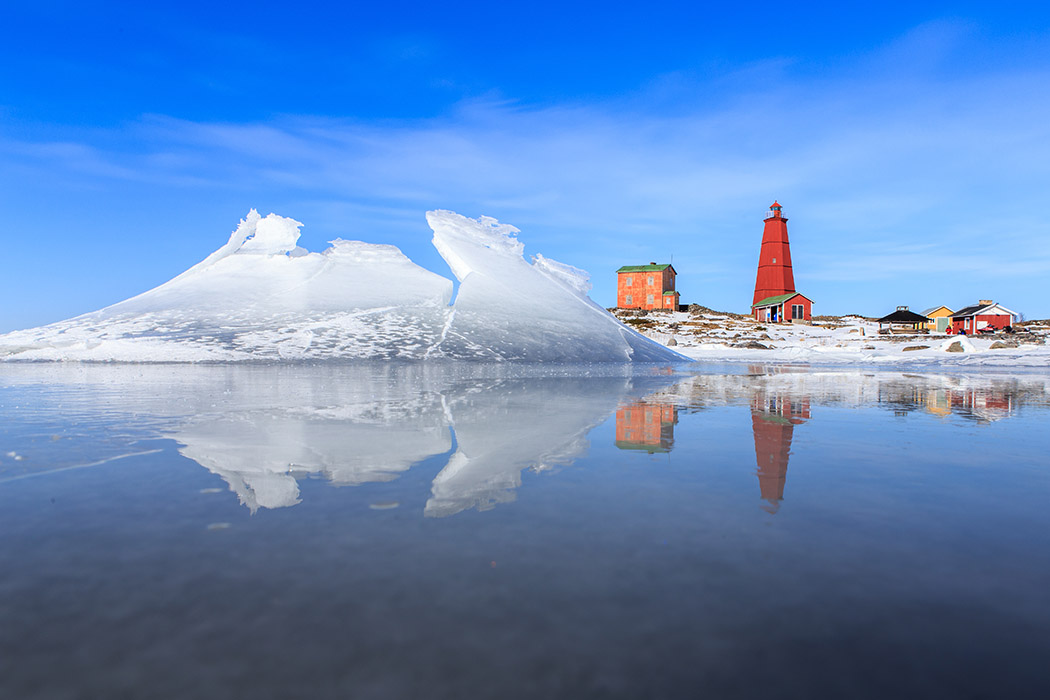 The almost 22-metre-high Rönnskär Beacon is located on Fäliskäret. The red beacon, built in 1784, is the oldest wooden sea mark that has been preserved in Finland. The beacon does not have a light, but during daylight, it can be seen from afar. On Fäliskäret, there are also two pilot stations that have lookout windows on their roofs. The buildings date from the 19th century. Rönnskär Beacon is a good destination for boaters and canoeists, but a number of group excursions are also arranged every year. 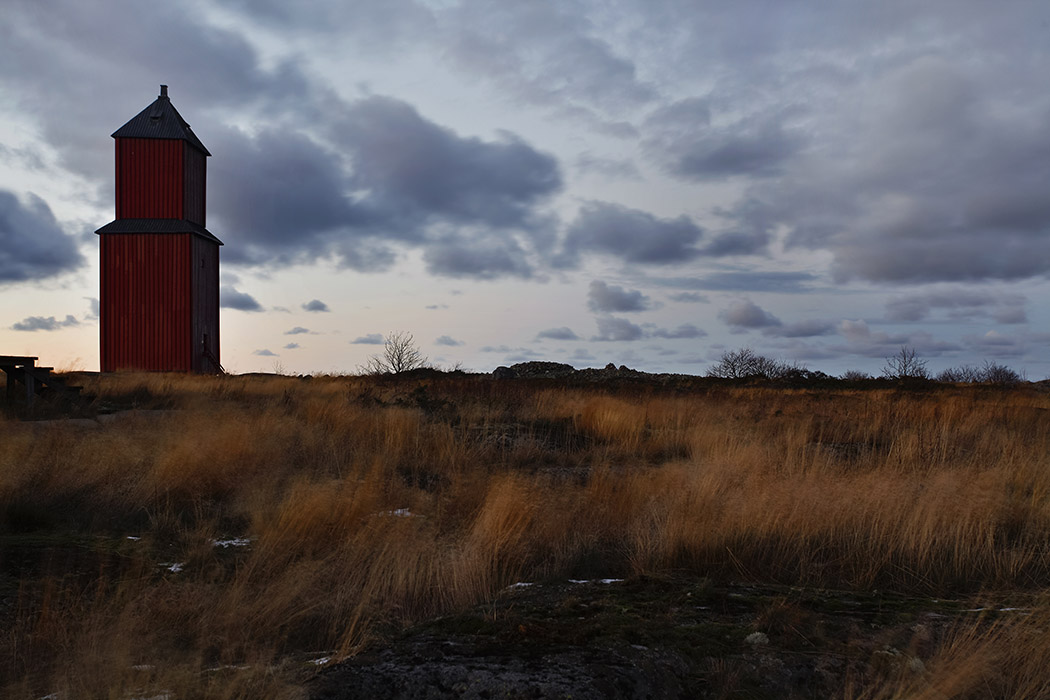 The tarred observation tower entitled Saltkaret is located at a distance of about 800 metres from the Svedjehamn fishing harbour, along the Björköby-Panike Hiking Trail and the Bodvattnet runt Nature Trail. Slightly more than 20 metres high, the observation tower provides fantastic views over the rocky archipelago that is constituted by the De Geer moraines (or washboard moraines as they are also called). From the tower, you can also watch archipelago birds: great crested grebes, tufted ducks, mew gulls and white-tailed eagles. There is access for the disabled and those with a pram along the ramp to the lower platform of the observation tower. 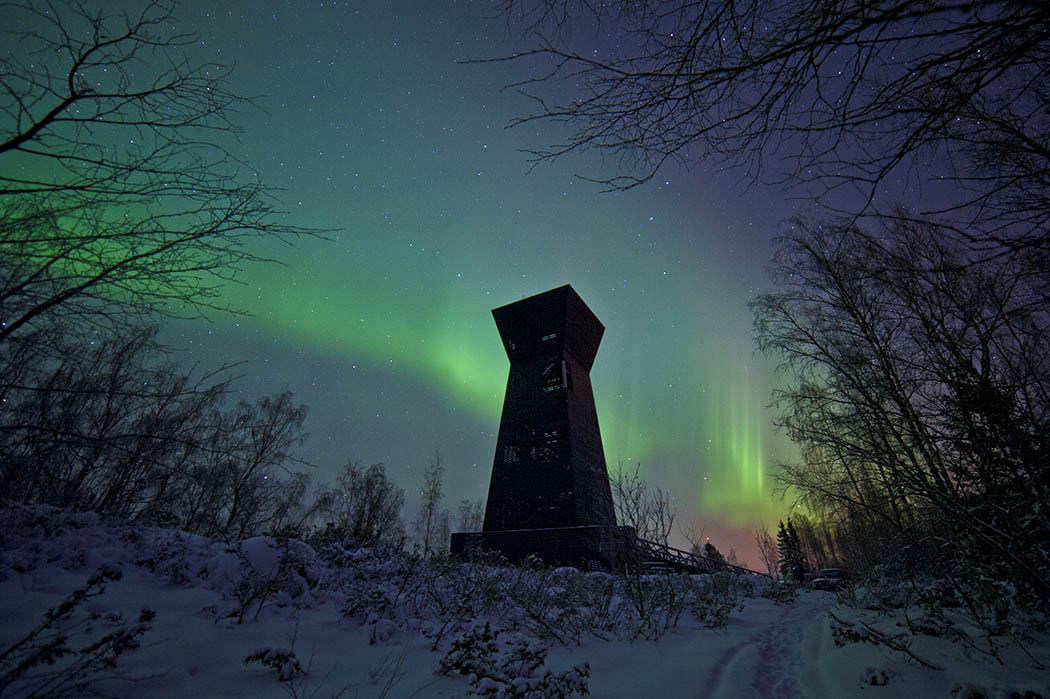 The coastal artillery of Finland operated here from 1939-1987. There were several cannons in this guard post, safeguarding ships heading to Vaasa. The fort also functioned as a storage area for naval mines. There is a memorial, erected by war veterans in 2001, on top of an artillery base next to the guardhouse. The Sommarö fort area is located at Södra Vallgrund. There is a parking area in the guardhouse's yard. 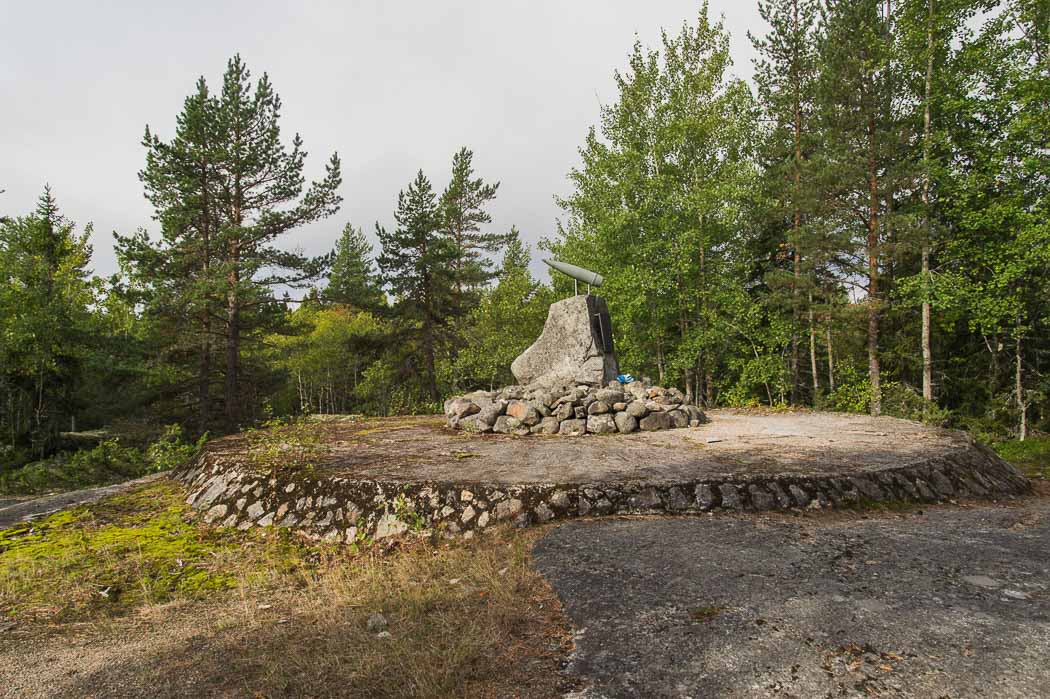 Along the Valsörarna Nature Trail (3 km), you can see a red-painted iron lighthouse. It was built in 1886 and is 36 metres high. The lighthouse resembles the Eiffel Tower in Paris. That is small wonder as both buildings have been designed by Henry Lepaute's engineering office. Guided trips are organised onto Valsörarna during the summer. 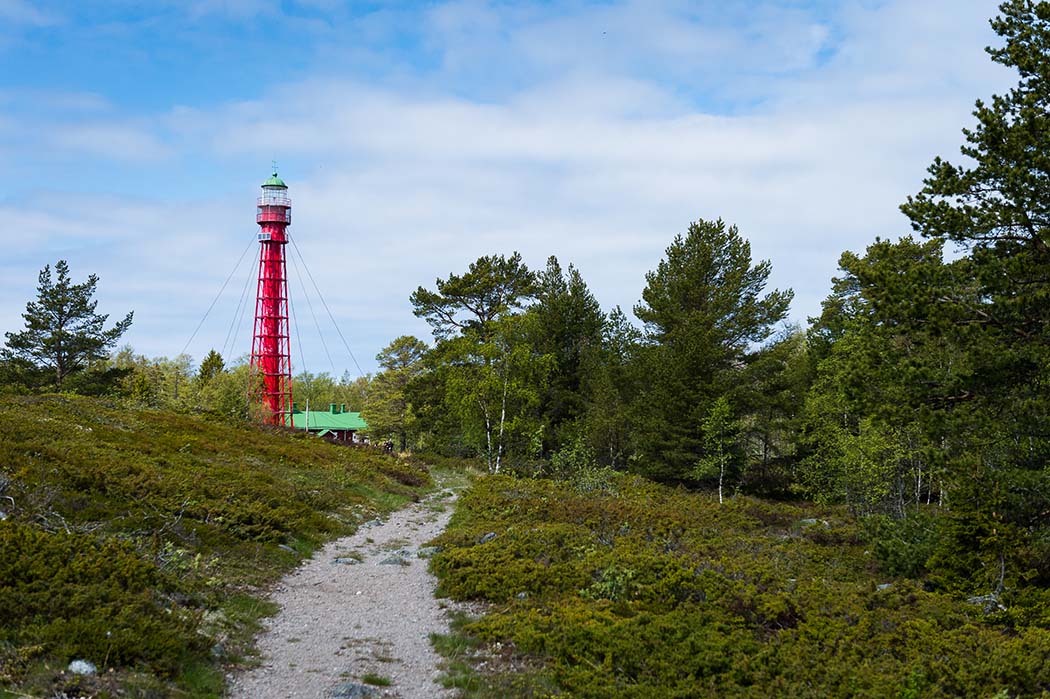 Along the Valsörarna Nature Trail, you will see a large memorial of piled stones to commemorate the Russians who died on Valsörarna. In March 1809, towards the end of the Finnish War, hundreds of Russian soldiers marched on the ice of the sea, and via Valsörarna, in order to occupy Umeå in Sweden. The bones of the soldiers who were frozen to death on Valsörarna have been buried beneath this pile of stones. Guided trips are organised to Valsörarna during the summer. 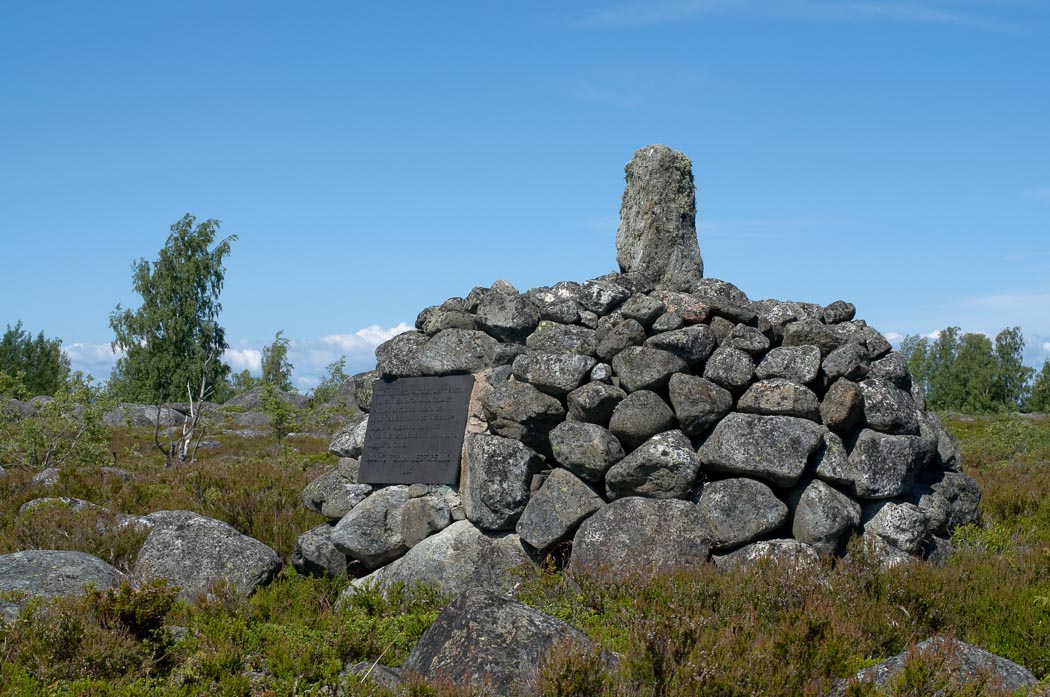