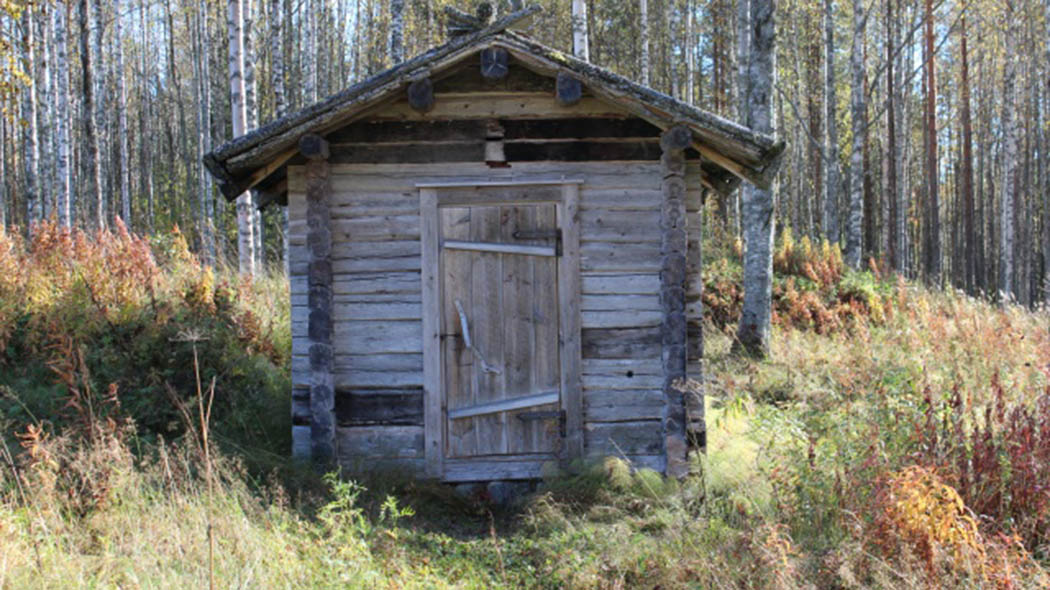 These days the tenant farm is a tourist attraction. Visitors can see the remains of a pit where ore from lakes was melted into iron. 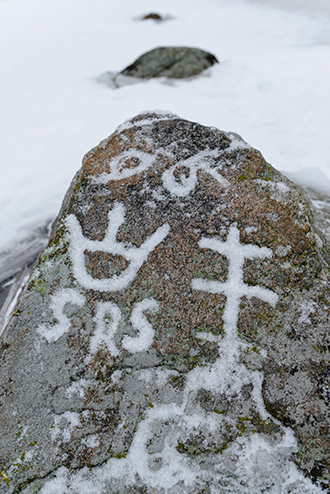 Signs of the Past

According to the peace treaty of Täyssinä (1595), the border between Sweden and Russia cut through Lake Tiilikka. There is a stone standing in the lake on which carved markings indicating where the border run can still be seen.

After the treaty had been signed, the area became permanently populated in the 17th Century. The forests, mires and shores have various signs of people practicing their livelihoods. There are pits where sand for building was acquired and pitchy stumps have been dug up. The mires have marks of former peat digging. The peat was then dried and used as litterpeat for livestock.

Log floating also has Long Traditions in the Park

Floating along streams began in the 1870's. A dam was built at the southern end of Lake Sammakkojärvi. Log floaters first lived in a dugout shelter, until loggers'cabin called Uiton kämppä was built in 1946. Log floating ended in the 1950's. After this the cabin has served many different purposes.

In the past the River Itkonjoki was cleared to further log floating. These days all the rivers in the park have been restored (metsa.fi) to their natural state.