Painted human figures on the steep side of Ukonvuori Hill tell us about the ancient people, who fished and hunted in the area. The paintings are about 5,000 years old so they were made in the early Comb Ware phase. You can also admire rock paintings on the sides of Havukkavuori and Vieruvuori Hills nearby the National Park.

The ancient people who made the rock paintings had an important message to convey. Today, we live in an overwhelming jumble of media where, at times, there are too many important messages competing for attention.  Amidst all the noise, the quiet message in the rock paintings still hits home, even though no one is left to verify the interpretations of the images painted on the rock face. In their day, the ancient people made rock paintings for their contemporaries to see and, perhaps, for the following generations to find.  One can only wish they had included a way to decipher the mysterious messages – a "Rosetta Stone" of rock paintings, if you will. 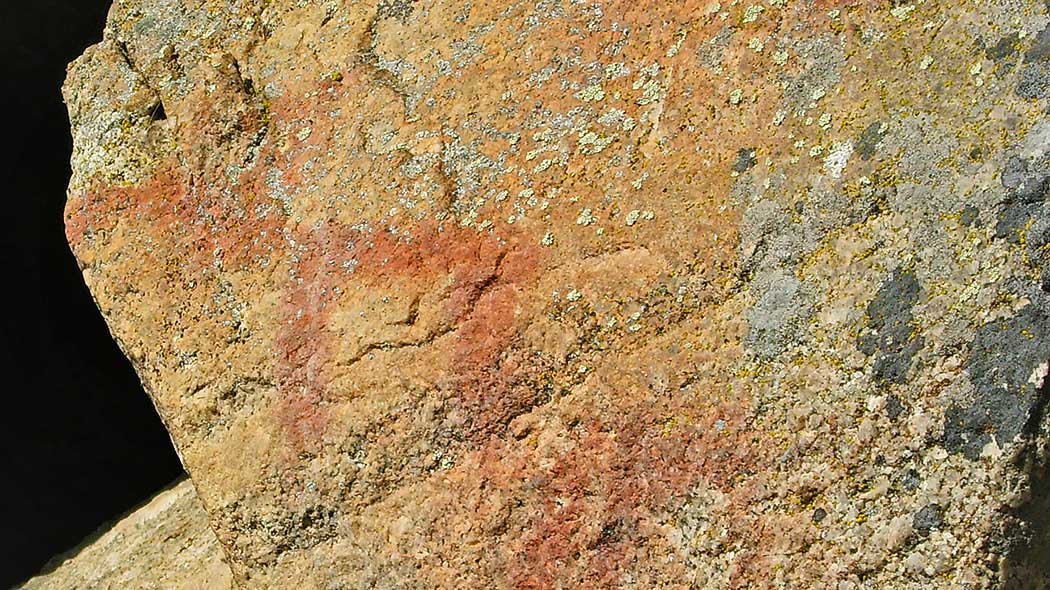 The rock paintings in the surroundings of Kolovesi have been dated according to the surface level of Lake Saimaa. The paintings may have been done while standing on the ice or in a boat. This would date the rock paintings of the Kolovesi area back to the comb ceramic period or early Metal Ages.

All of the rock paintings in Kolovesi and the nearby areas are located in the vicinity of key junctions in the waterways. The location of the rocks has most certainly been significant; perhaps the painters wanted to inform passers-by about hunting areas, boundaries and rights of ownership. Most likely only a fraction of the rock paintings have been preserved to this day. The preserved paintings have remained beyond the reach of factors eroding the rock face. Many have disappeared over the millennia, and many are surely yet to be found.

Ukonvuori Hill is the most famous place in the National Park. Looking from the lake, the bold cliff faces of the hill are an unforgettable sight. Most impressive is the old excavation at the hill side, where formations of quartz crystals shine. Even though the crystals are charming, visitors need to resist the temptation to take them, as it is not allowed in the National Park. On top of the hill, you cannot see very far, because there are trees in their natural state growing in the way.

At the excavation on Ukonvuori Hill, it is possible to find a tiny red human figure. The rock painting reveals, that the place was important for the Stone Age people.