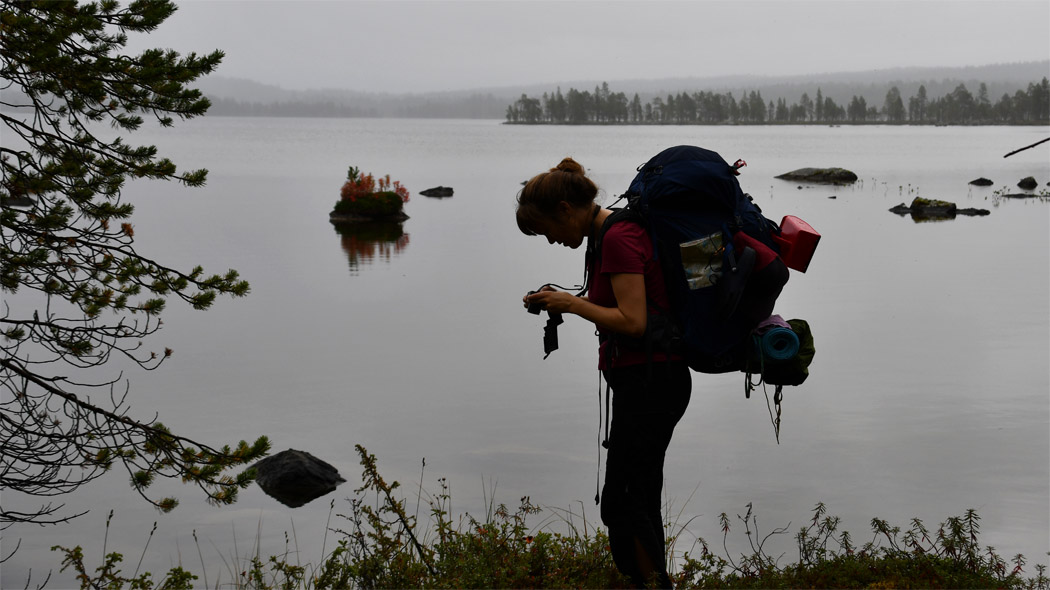 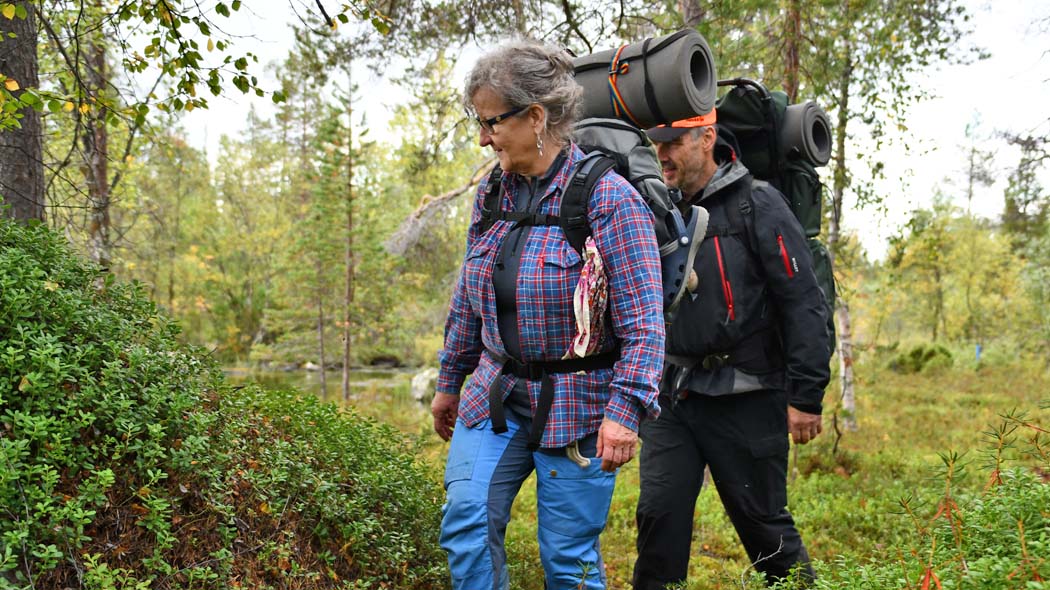 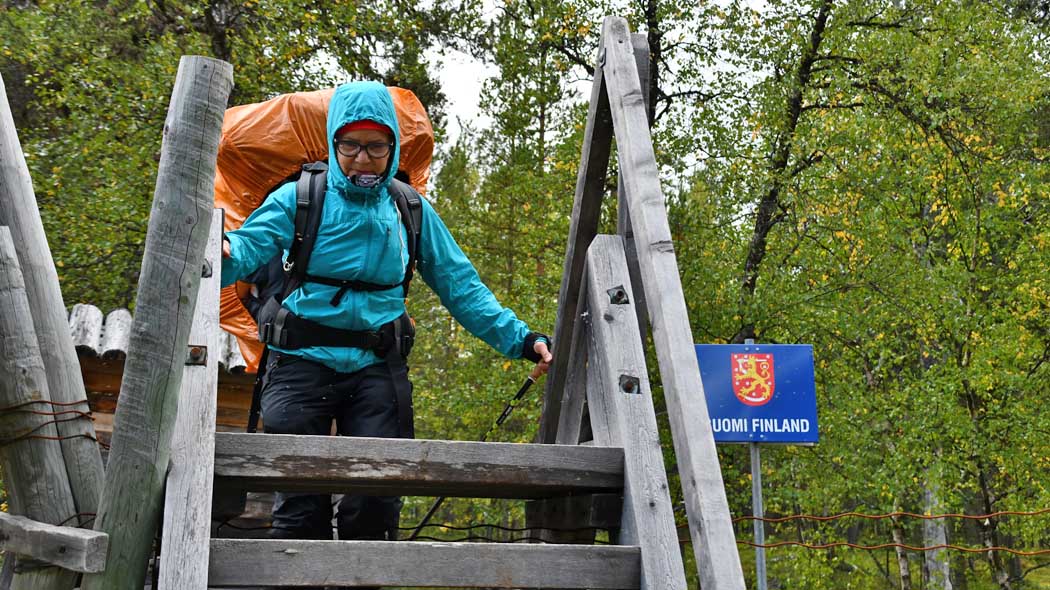 There is a net fence on the border of the kingdom, over which stairs are climbed. Photo: Kirsi Ukkonen / Metsähallitus. 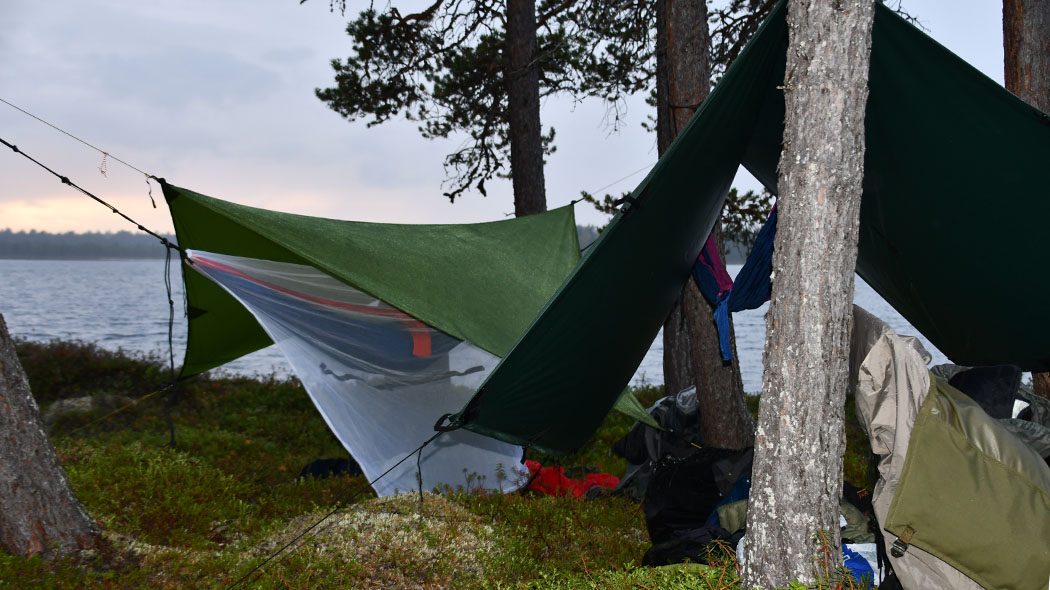 The hammock is a good place to sleep on rocky terrain with solid trees. Photo: Kirsi Ukkonen / Metsähallitus. 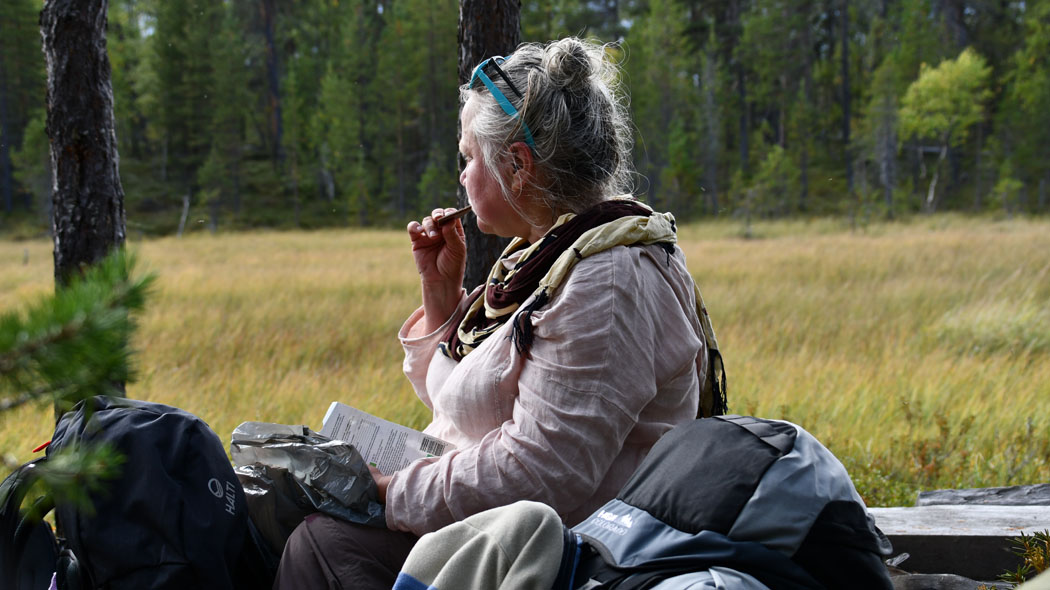 Sometimes it’s good to rest and just listen and look around. 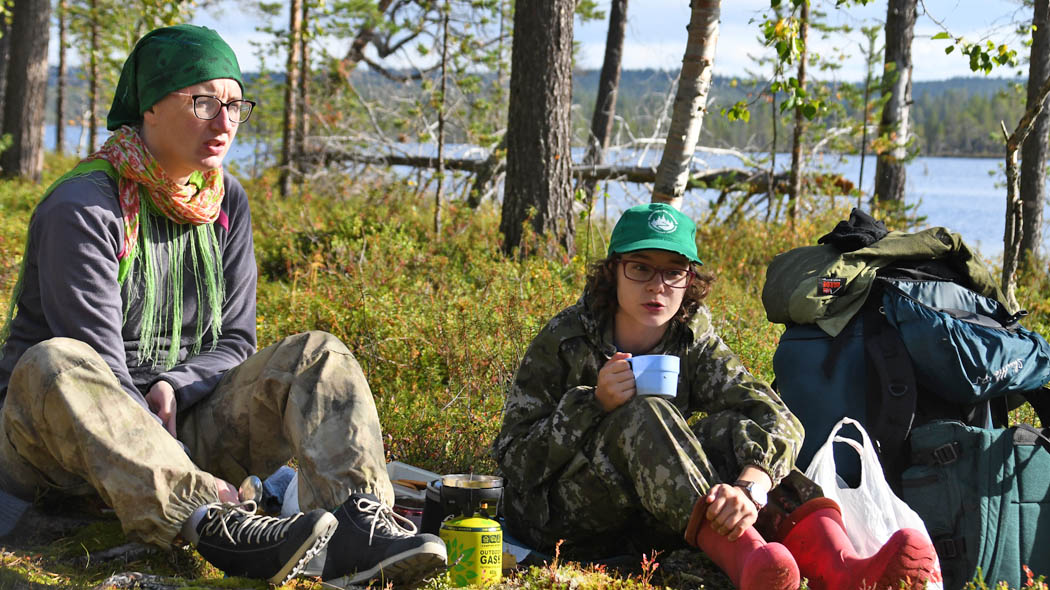 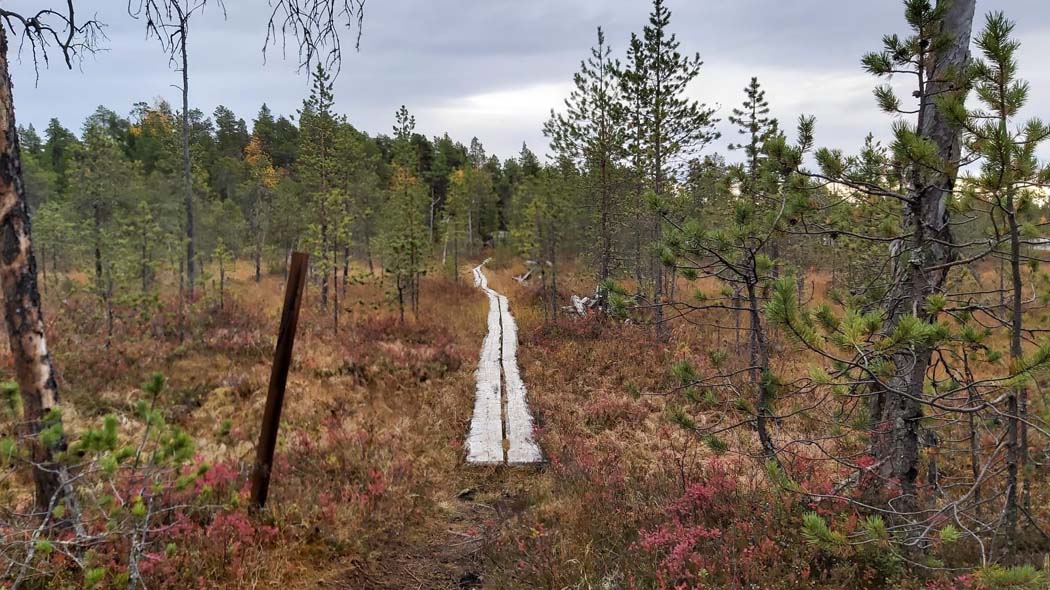 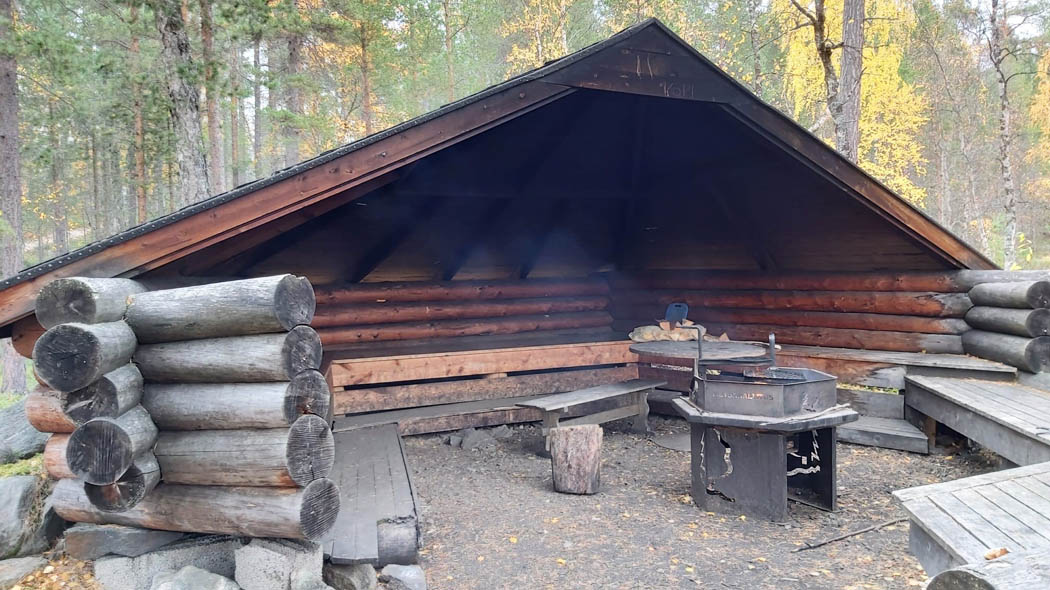 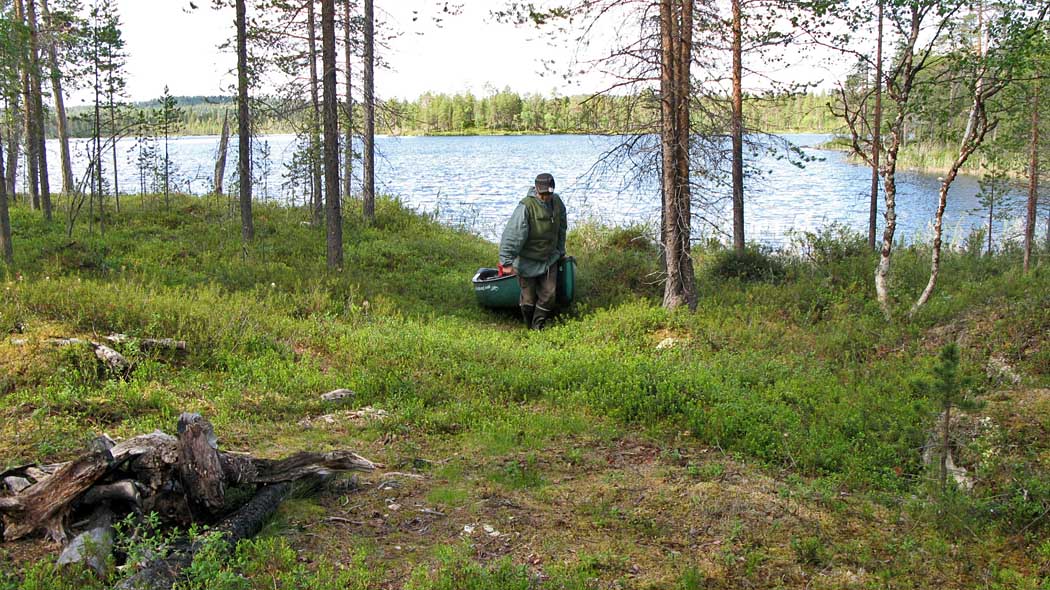 The Piilola Trail, 35 km, connects the Norwegian Øvre Pasvik National Park and the Vätsäri Wilderness Area. The northern starting point for the trail is located by the shore of Lake Sortbryststjern in the northeastern part of the Øvre Pasvik National Park, and the southern starting point for the trail is situated along Kessintie Road in the southern part of Vätsäri Wilderness Area. The magnificent Piilola Trail passes through the stony heath forest. The mires, lakes and small rivers lend variety to the landscape. Because of its wilderness-like character, the Piilola Trail is so demanding that it is not suitable for beginners. There are not many structures such as bridges and duckboards on the trail, and most rivers must be crossed by wading or by walking on the stones. The Piilola Trail was opened in June 2009. Part of the trail goes along existing trails and established tracks, but as regards the new trail markings, the trail is still forming itself. 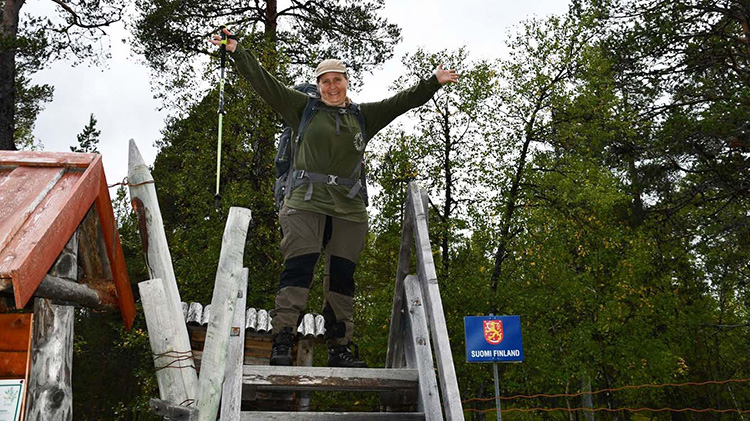 Nellim Log-Floating Flume trail, 3 km/ each way
Available when theres is no snow on the ground, travel time 1-2 hours.
Nature trail for war- and logginghistory interested in.
Starting Point: by the road running from Nellim to Virtaniemi at a distance of about four kilometres and then turning to Kontosjärvi forestroad for four kilometers for parking area
Cordinates: Euref-Fin (~ WGS84) lat: 68.8625’ lon: 28.4471’ ETRS-TM35FIN P: 7639699 I 558230.
The path leads to the historic Iron Gate and its numerous wartime remnants. The route has signposts on the military history of the Rautaportti area and the logging period in Inari. There is no winter maintenance on the route.