Koli as Part of the Settlement by Lake Pielinen

In the Stone Age (8000 – 1900 B.C.), people obtained food by hunting and gathering. Dating from that prehistoric era, the Koli National Park boasts trapping pits, fragments produced by the working of stone objects and dwelling sites on the lake shores. There are no finds from the intermediate era until the 17th century when people from the Vuonislahti village started hunting and carrying out slash-and-burn farming at Koli. There was no permanent settlement in the current national park's area until the mid-18th century.

Living on the Bounties of Nature

When settling at Koli, people made their living how they could, i.e., they lived on the bounties of surrounding nature. In order to make a living, slash-and-burn farming was complemented by cattle keeping, hunting and fishing. At the end of the 18th century, each house was allowed to slash and burn 1.5 hectares annually. The cattle did not graze in the field but roamed freely in the forest. The oldest of the clearings and yards (in Finnish) in the Koli National Park date to the 1750s. Along with settlement, the slash-and-burn lands and the use of forest, the wooded hill scenery opened out and later became a famous national landscape. There have been several attempts to utilise the riches in the Koli bedrock. The Herajoki copper smelter, the kyanite mines and the test mines for uranium reached varying results. 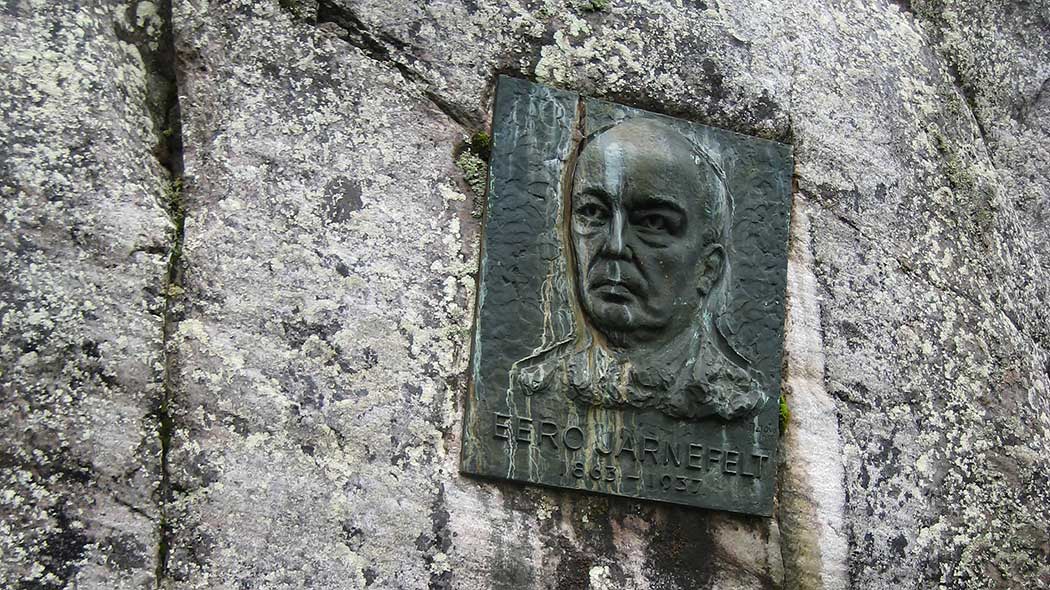 Koli received visitors throughout the 19th century. The main route to Koli was Lake Pielinen, and the harbour, until the road was completed in 1913. Actual tourism started after the author Juhani Aho had visited Koli and written about it. At first, even the most famous guests stayed at village farms but in the 1890s, the accommodation activities were taken up at Ylämaja and Alamaja by an association named Suomen Matkailijayhdistys. The Koli views have inspired artists for the past 150 years and the hills are still a source of inspiration for many artists.

Koli as the Product of Karelianism

Emerging towards the end of the 19th century, Karelianism was a trend inspired by Karelia and the ancient Finnish lifestyle. The quest for Finnish roots and the national identity under Russian rule took people to the areas rich in Karelian poetic and singing traditions. 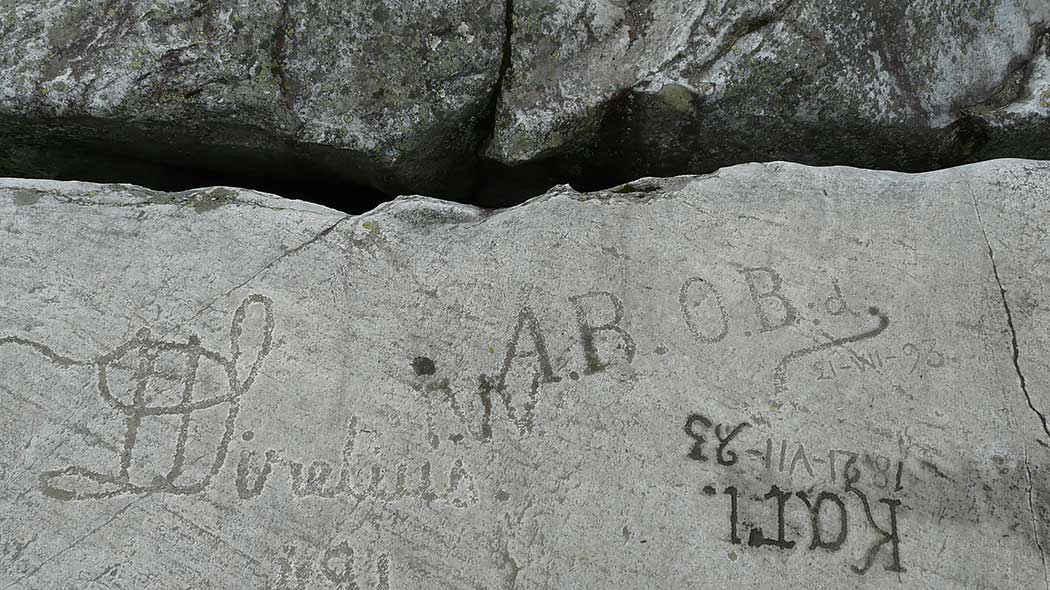 Järnefelt visited Koli several times, accompanied by some great Finnish artists like I.K. Inha and Jean Sibelius, who was Järnefelt's brother-in-law. Järnefelt and Inha both portrayed the view opening from Mäkrä Hill, Järnefelt with his paint brush and Inha with his camera. It is thought that Sibelius' fourth symphony was partly inspired by his trip to Koli. In addition to Järnefelt, perhaps the most famous Koli paintings have come from the brush of Pekka Halonen, including his work "Koli", a wintry landscape.

What the artists inspired by Karelianism experienced at Koli is still there to be attained. Contemporary artists are also inspired by Koli and record their impressions, and many artists have even settled there permanently. Artists hold exhibitions in Koli Nature Centre Ukko and the Kolin Ryynänen Art and Culture Centre (kolinkotiseutuyhdistys.fi, in Finnish).

In his books (e.g. Simpauttaja and Kivenpyörittäjän kylä), Heikki Turunen - a well-known Finnish writer who comes from the opposite shore of Lake Pielinen - describes the landscape, atmosphere and ways of human interaction in the Koli area. The landscape of Koli has provided the setting for the films Kivenpyörittäjän kylä and Doctor Zhivago and the Finnish TV series Karjalan kunnailla. In addition to traditional music, the hills of Koli also resound with the tunes of jazz and blues.

The Slash-And-Burn Tradition Lives on at Koli

In distant history, the curious human being moved about near forest fires and learned how to utilise fire for clearing forests and thus turn them into fields for cultivation. The burning turned the nutrients in the wood and the surface layer of the soil into a form plants could use. 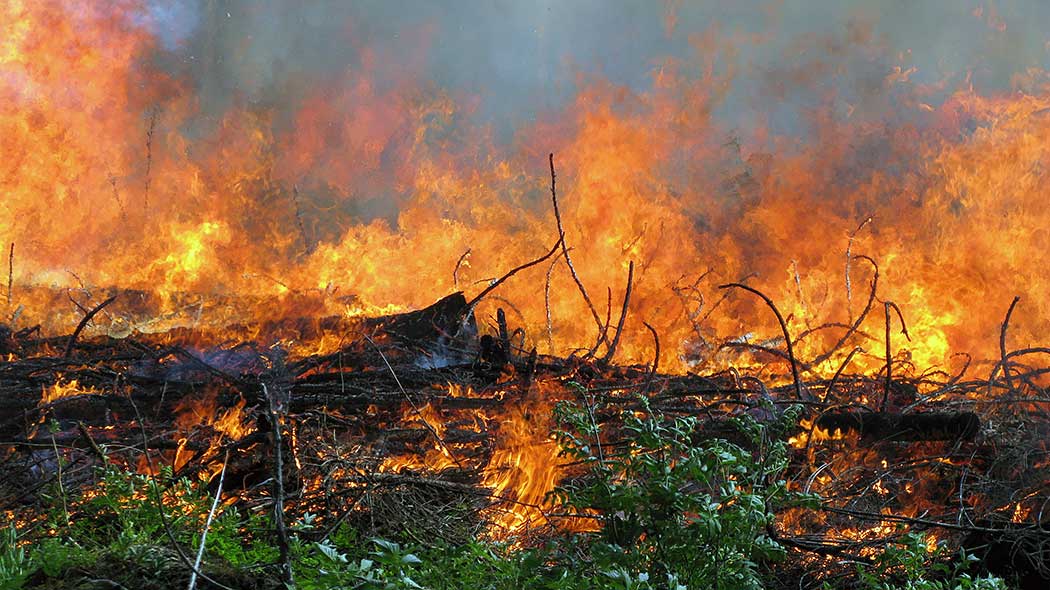 For a long time, Koli's slash-and-burn fields were managed from a distance - people lived elsewhere and only came to the fields to work. With the spreading settlement, slashing and burning and grazing were used to clear permanent but stony fields on the hills. Different forests had their specific forms of slashing and burning. It was most common to carry out slashing and burning in deciduous forests, but old-growth spruce forests were also used, especially in Eastern Finland. The resulting ash layer provided the bed on which to grow barley (Hordeum vulgare), rye (Secale cereale) and turnip (Brassica rapa).

The forests were first under joint ownership, whereby the farm owners marked the trees surrounding the area they had reserved to be slashed and burned. The Finnish saying "My land strawberry, your land blueberry" tells about the usual practice where the person who slashed and burned a field had the right to use it as long as woodland strawberries (Fragaria vesca) grew there. When blueberries (Vaccinium myrtillus) reappeared in the slash-and-burn field, another farmer was allowed to take over the area.

Slash-and-burn agriculture notably decreased at the end of the 19th century when more valuable uses for wood were developed. The last slash-and-burn fires at Koli blazed at the beginning of the 20th century.

Traditional Landscape and Harvest through Slashing and Burning

Slashing and burning was reintroduced in the Koli National Park in 1994 with the aim of preserving the traditional landscape and old methods of working, as well as maintaining biodiversity. Today, there is at least one area slashed and burned at Koli every year. In the coming years, the slashing and burning will be centred around the Ollila, Turula and Mattila heritage farms at the northern end of the national park. The areas to be slashed and burned are usually spruce plantations or cultivated stands dominated by deciduous trees.

Sky-high flames, enormous heat and a lot of crackle and splutter are followed by the dead, black silence of the open field. But you only have to wait until the following summer to see fireweeds (Epilobium angustifolium) and grasses thrive next to the cultivated rye. After the harvest, the slash-and-burn area can be used as pasture or left to become overgrown with trees. In the course of time, these former slash-and-burn areas turn into light-filled birch forests. The slash-and-burn areas are also ideal places for studying the post-fire development of flora and fauna.

Slashing and burning includes several phases, of which the actual burning phase is especially labour-intensive. Protected with light-coloured linen clothes and felt hats, the people toiling away in Koli's slash-and-burn fields are often volunteers. After a hiatus of several decades, the methods and times appropriate for slashing and burning have been learned afresh, with good results. Koli's slash-and-burn fields grow rye (Secale cereale) and turnip. Bread baked from the rye grown in these fields has been available for many years now - and it tastes delicious!