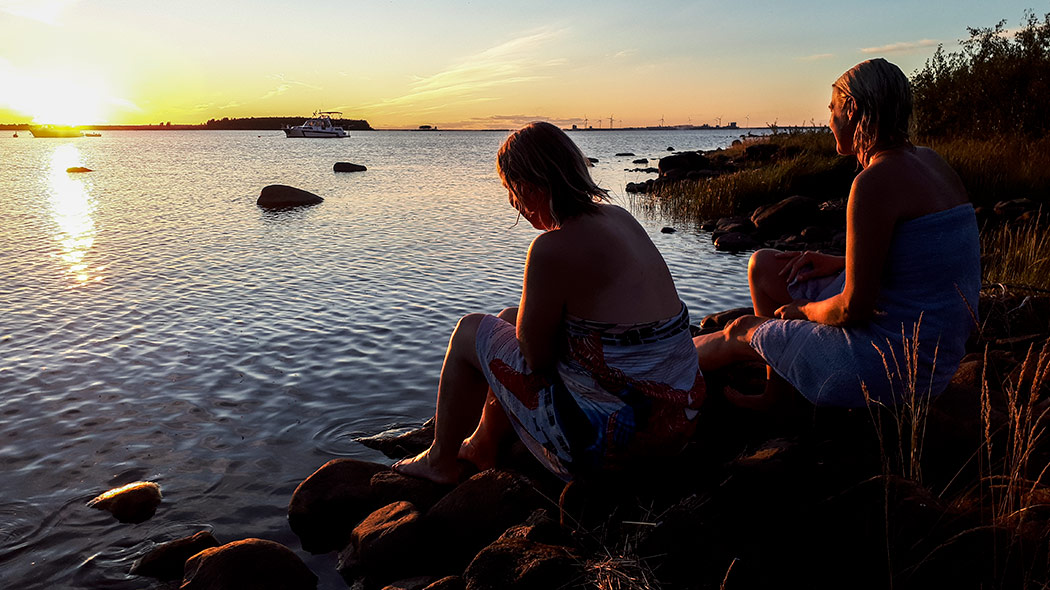 Boating is the most popular activity in the Bothnian Bay. For recreational fishermen, the sea provides clean waters, abundant with fish all year round. During the winter, ice fishing close to the sea shore is popular. It is easy to access the sea ice, as the road network extends to the shores in many places. The natural features and cultural history play a main part on the islands.

Moving in part of the area is restricted during certain seasons. Please check the situation before setting off for your excursion.

On the southern tip of Selkä-Sarvi Island, you will find an old fishing village at the end of a one-kilometre-long trail that starts from the harbour. The village was a seasonal fishing base, starting from the end of the 16th century. In the village, you will see the restored Ailinpieti hut from the 1860s and the Jauhola shop, which is not quite as old as the hut. The village also has a few other old huts. One of them, entitled Kokko, functions as an open wilderness hut, whilst the other, named Kalla, is a rental hut. The restored day beacon reminds the visitors of the fishing and seafaring carried out in the area in the past. There are old sundials on the island. Due to land uplift, the foundations of old huts and fishing huts, as well as small bays, are currently located on dry land. The large boundary mark entitled Piispankivi (the bishop's stone) probably dates back to the 14th century.

The state border between Finland and Sweden is one of the least guarded borders in the world. It is easy to get around at sea, as well as on land. The shoreline keeps changing, due to land uplift. Ship and boat routes must be dredged or, even, moved because of it. Amongst the typical traces that the Ice Age has left behind in the Bothnian Bay area are shallow rocky shores, moraine formations and sand deposits. The western coast of the Bothnian Bay is deeper and has more islands than the eastern coast. The Bothnian Bay is, usually, covered by ice from December to May.

There is an excursion harbour on Selkä-Sarvi Island. Beaching your boat on the other islands in the national park is difficult. The nearest boat launch sites are to be found in Tornio and Kemi. The nearest fuel distribution points are in Kemi. Uleninranta in Kemi has a service point for boaters.

Diving is allowed in the Bothnian Bay National Park anywhere except within 100 metres of areas where landing is forbidden and the Möyly grey seal protection area.

Diving in the Bothnian Bay is significantly different from diving elsewhere in the Baltic Sea as the water is brown due to high concentration of humus and the species have adapted to brackish water with low salinity or even fresh water as opposed to sea water with high salinity.

In the Bothinan Bay National Park, the diver may find some steeper rocky shores on the southern edges of the outermost islets but the shores are mostly shallow and soft in places. Many sandy or soft bottoms are covered in vascular plants and Charophyta algae. Aquatic mosses, freshwater hydroids, freshwater sponges and filamentous algae can be found on reefs and rocky shores. The fish a diver is most likely to see include small bullhead, sand goby and sometimes perch or ruffe. The majority of other fish species shy away from the diver's air bubbles.

There are also several wrecks to be found in the Bothnian Bay as the water here has always been shallow and rocky. A torch is needed when diving beyond five metres, often even in shallower depths if one wishes to study smaller details. Diving in the Bothnian Bay can give a diver a whole new perspective on Finland's long Baltic Sea coast.