Inari Sámi people have lived in the area from time immemorial. They have lived off fishing and hunting, and in the last centuries from small-scale farming of cattle and sheep. In the beginning, reindeer herding was also in small scale. The reindeerherding Sámi people from Norway came to the area during the winters. Because of power politics, the borders were closed in 1852. However, the reindeer still crossed the border for over a hundred years, until a fence was built between the two countries. In the 1860s, the first reindeer herding Sámi people from Norway settled in Vätsäri. The importance of reindeer herding increased among the Inari Sámi people in the beginning of the 1900s. Nowadays, Vätsäri Wilderness Area forms a part of four local herding co-operatives: Muddusjärvi, Näätämö, Paatsjoki and Vätsäri, and reindeer herding is an important source of livelihood in the area. 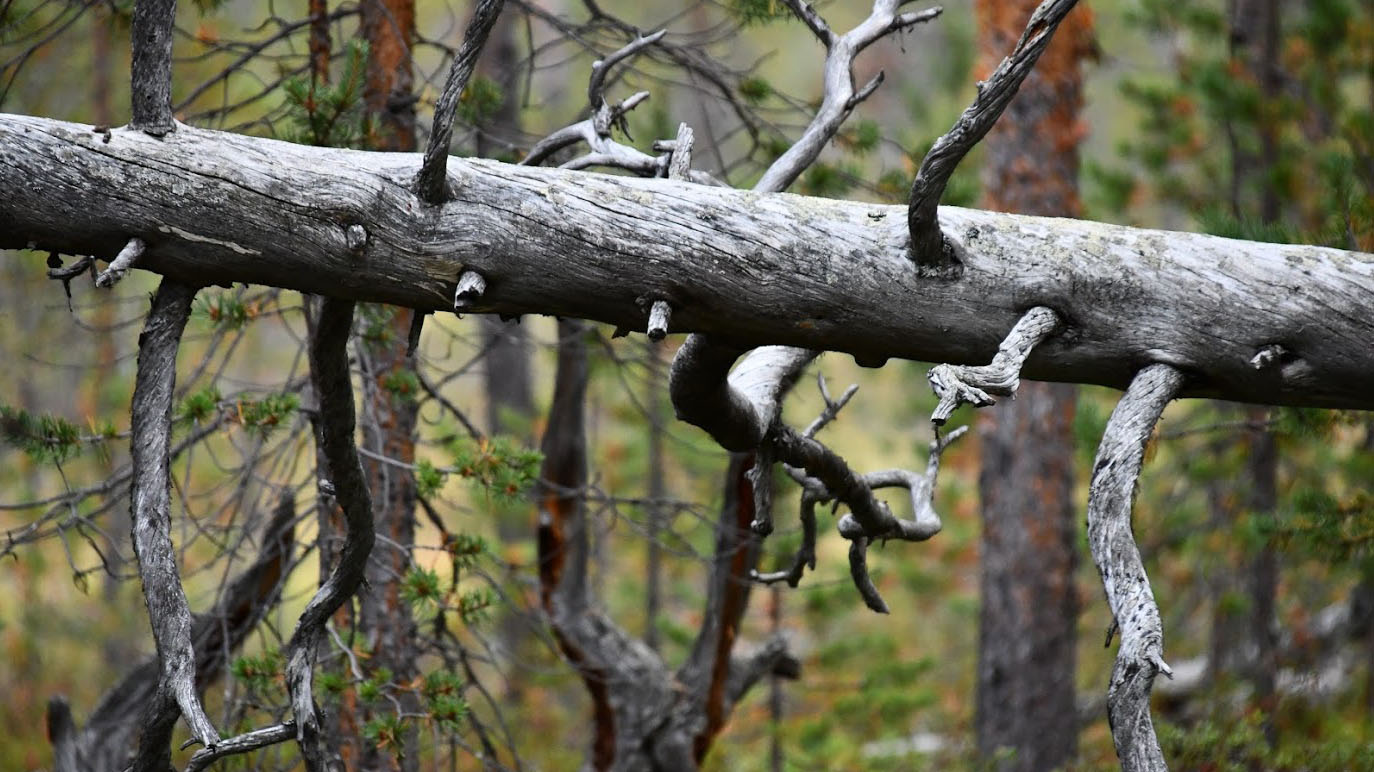 Vätsäri area belongs to the municipality of Inari, which is a continuation of Inari siida. Siida was the old Sámi society structure. The word siida was used for a community formed by certain families, and for the area that the community prevailed.The inhabitants of other siidas could practise fishing and hunting in the area of another siida only by renting the right to do so. These areas were mostly formed in the Middle Ages, when marking the boundaries of the siidas in the terrain, and documenting them, began. The arctic region was divided into tax districts according to the siidas and, since the peace treaty in 1751, the state borders also followed the boundaries of the siidas. Sweden, Finland and Russia tried for two hundred years to draw the borderline in the Varanger Fjord and the River Paatsjoki area so that trade and access to the Arctic Sea would be possible. However, since the Second World War, Finland had had no connection to the Arctic Sea. So the remote area of Vätsäri has been an important scene of action in the history of three states.

Tradesmen and fishermen have crossed Vätsäri area on their way to the coast of Finnmark. The most important route was across Lake Inarijärvi to Suolisvuono Fjord, and over the land to the far corner of the fjord. Trade and fishing was practised on the coast of the Arctic Sea. As late as in the end of 1880s, about 150 people from Inari went fishing in Finnmark every year. The markets of Finnmark are mentioned as early as in the 1500s. The goods of inland were exchanged for seafood and foreign goods. The people from Inari sold live reindeer, reindeer products, fur, shoes made of fur, birds, game, root ropes and baskets. They bought or exchanged hodden, broad cloth, foreign fabrics, hemp, brass cookingware, gunpowder, guns, axes, grain, flour, spirits, tobacco, salt and spices. Depending on the regulations at the time, trade was conducted with the Russians and the Norwegians.

It was not until the end of 1800s that improvements were made along this route by the state. A track from the northern end of Suolisvuono Fjord was lined out until the Norwegian border, the boat routes were marked, and a 45-metres-long rolling bridge was built over Suolistaival to make it easier to draw boats across. The open wilderness huts of Pisteriniemi and Suolisvuono were built to provide shelter at Lake Inarijärvi.

Sevettijärvi is the centre of the Skolt Sámi culture in Finland and it has the most Skolt Sámi people living there. The village of Sevettijärvi is located within the Skolt Sámi homeland. It was established by law in the eastern part of the municipality of Inari at the end of the 1940s. Within the homeland people have primarily settled in the villages of Sevettijärvi, Nellim and Kevätjärvi. The Skolt Sámi living in the homeland have special rights such as free fishing rights in state-owned waters and the right to build fishing and hunting cabins on state-owned lands.

The History of the Skolt Sámi

The Skolt are a group of Sámi people originating from the east. The Inari Sámi also belong to this group. Traditional livelihoods were fishing, reindeer husbandry and hunting. The Skolt Sámi lived in Siidas - close-knit communities made up of nuclear and extended families. Fishing was the main source of livelihood and families stayed close to lakes. Families migrated by season to where fishing was best at the moment. They had separate places where they lived during spring, summer and autumn. For winter a larger community would settle together in a winter village in the centre of which there was a prayer room.

After the Winter War began in 1939 Skolt Sámi who lived in Petsamo were evacuated to inland Finland. When Finland's border moved the Sámi who had previously lived in Suonikylä Village during winter were relocated to Sevettijärvi. Other Skolt Sámi were relocated to Nellim and Kevätjärvi. After this move occurred the Skolt Sámi did not migrate between summer and winter villages any longer. Also some traditional fishing waters and reindeer herding grounds were no longer with Finnish borders.

In the past speaking the Skolt Sámi language and practicing the Orthodox religion were considered the main characteristics of Skolt Sámi identity. The language only existed in its spoken form for a long time. The development of the written form of Skolt Sámi was initiated only in the 1970s. Orthodox religion is part of the people's everyday life, but customs related to it are most obvious at for example funerals and memorial services. The traditional celebration held in honour of St. Triphon of Petsamo pilgrimage is held annually during the last weekend of August in Nellim, Ivalo and Sevettijärvi. There are very few women these days who master singing Skolt Sámi folk songs, but the tradition is still cherished and kept alive. The Skolt Sámi have also maintained local government based on a traditional Skolt Sámi community organization. Characteristic of Skolt Sámi handicraft tradition are decorative beads, containers and dishes made of roots and products made of fish skin.

Traditional Skolt Sámi dresses and suits are an important part of the people's identity and culture. Eastern influences can be seen especially in the dresses. Older Skolt Sámi women use this traditional attire sometimes on an everyday basis. Younger people only use it at celebrations and special events. A Russian influence can also be seen in their customs and habits and in the objects they have in their homes.

Today around 600 Skolt Sámi live in the municipality of Inari. Their everyday lives do not differ much from that of other Finns. Reindeer husbandry continues in the local herding cooperative of Näätämö and Vätsäri, but the importance of reindeer husbandry and fishing as sources of livelihood has decreased significantly in the past few decades. Some of the Skolt Sámi population have found paying jobs and others sell traditional handicrafts to supplement their income from herding and fishing.

The school in the village of Sevettijärvi has classes taught in the Skolt Sámi language. From 1997 to 2001 there was a language group for children who were not yet in school. The children played and sang in an environment which encouraged the use of Skolt Sámi. A project to preserve the language and the culture was initiated in the autumn of 2001 and it continued to the end of 2003. The aim of the project was to teach children and adults traditions and pass them down to future generations. People learned the language as well as to make traditional handicrafts and to prepare traditional dishes.