Natural Features and sights of Hämeenkangas

The geological main theme of Lauhanvuori - Hämeenkangas UNESCO Global Geopark describes the landscape's development from an ancient mountain range into the present-day mires. The most popular attractions in the Geopark area are Kivijata and Spitaalijärvi in Lauhanvuori National Park, Kauhaneva and Katikankanjoni in Kauhaneva-Pohjankangas National Park, and the bubbling springs of Hämeenkangas, which are some of the finest in Finland. Check out the attractions of Hämeenkangas. 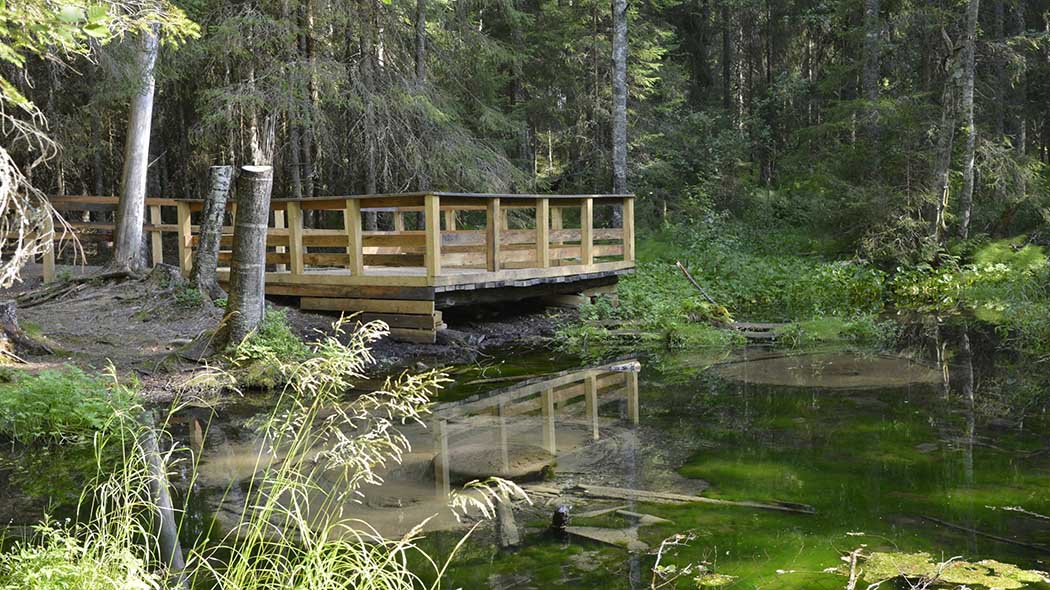 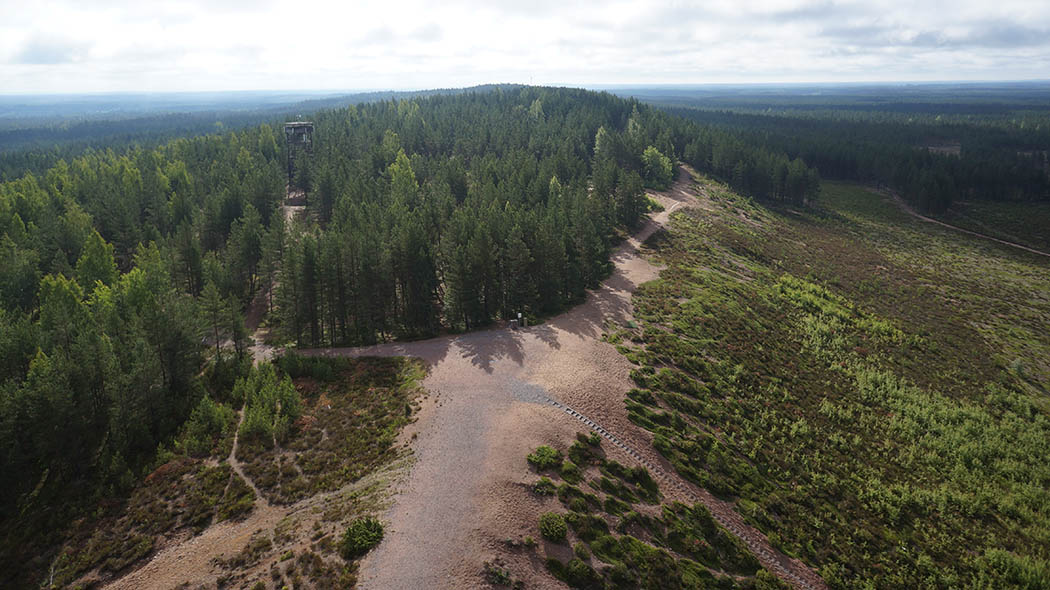 The depression called suppas on the eskers in the Hämeenkangas area are marks left by the last Ice Age. Suppas as other parts of ridges were formed by the movement of ice and the flowing waters left when the ice melted. The most magnificent of these depressions are Isovati and Pikkuvati near the Jämi aviation and tourist centre as well as Niiniharjunvati and Koivistonvati at the east end of the ridges. The largest of the suppa depressions is Koivistonvati which is 200 metres wide and 25 metres deep. 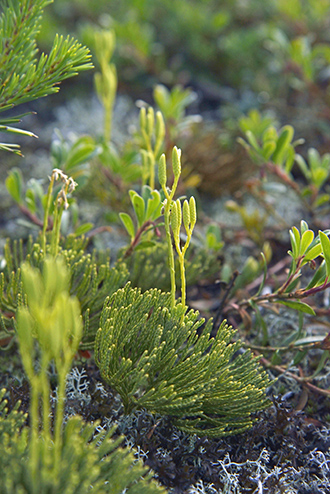 The difference in temperature and lighting is different at different points on the ridges and affected by the direction the spot faces and how steep the slope is. The conditions on Niiniharju Ridge are exceptionally advantageous and the ridge is covered in lush lime forest. The small forest is a remnant of the heat wave which followed the last Ice Age. This was a time when deciduous forests appeared more often in Finland than they do today. This site is included in the programme for protecting herb-rich forests and with its Bracken Ferns (Pteridium aquilinum) and blueberry dominated vegetation is the only truly lush place in the ridges; other parts being rugged heathland forest with mainly lingonberry and cranberry as vegetation.

Many of the esker species which require open sunny habitats have become less prevalent in Finland as the gravel and sand from ridges have been used by man as building materials and for making roads. Some of these esker plants, such as Pink Sand (Dianthus arenarius), Blue Ground-cedar (Diphasiastrum tristachyum) and Wild Thyme (Thymus serpyllum) have survived at Hämeenkangas. Bird species such as the Wood Lark (Lullula arborea) and the European Nightjar (Caprimulgus europeaus) thrive in the Hämeenkangas esker forests. 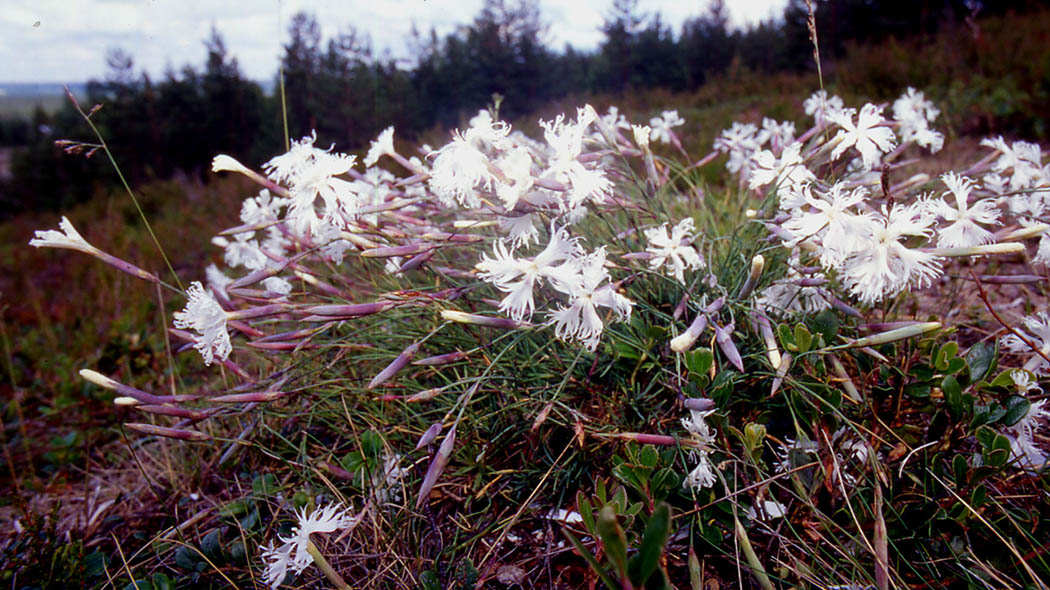 The eskers at Hämeenkangas-Pohjankangas is the most important formation point for ground water in Northern Satakunta. The sand layers at Hämeenkangas are tens of metres deep and filter rainwater, store it and allow excess water to flow down the ridge slopes. The excess water sometimes forms bubbling springs and small streams on the slopes. On the edges of the esker area groundwater bursts forth from numerous springs and flows into surrounding mires.

The area's mires and raised bogs, in which alternate between hummocks, with heather and dwarfed pine forest vegetation, and swampy puddles. It is a typical characteristic of raised bogs that the centre is higher than the edges and only gets nutrients from rainwater. This characteristic is not however apparent in some of the area's mires, such as at Vaarinnevankeidas.

The most well-known springs in Hämeenkangas are Uhrilähde and Kuninkaanlähde. They are habitats which are free of ice year-round and their surrounding areas are the habitats of many unusual plants. Plants such as the Alternate-leaved Golden-saxifrage (Chrysosplenium alterniflorum) and the Greater Tussock-sedge (Carex paniculata) need level temperatures thrive there. 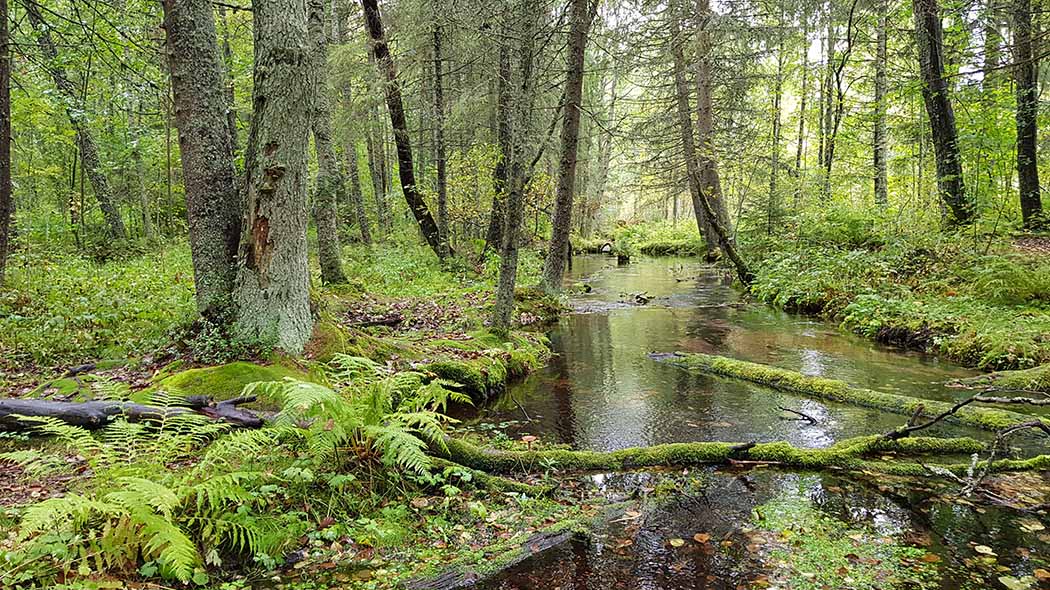 The best known sights in the area are Uhrilähde Spring and Kuninkaanlähde Spring. Uhrilähde (offering or sacrifice spring) got its name because it is the place where people came to find healing for among other thing eye ailments. These people threw an offering into the spring. Crystal clear water and sand bubble to the surface and so the spring is in constant motion. According to word of mouth many have been healed at the spring and occasionally someone has even "forgotten" their glasses at its edge. Kylmänmyllynlähde Spring, next to Uhrilähde, is also a sight worth visiting. 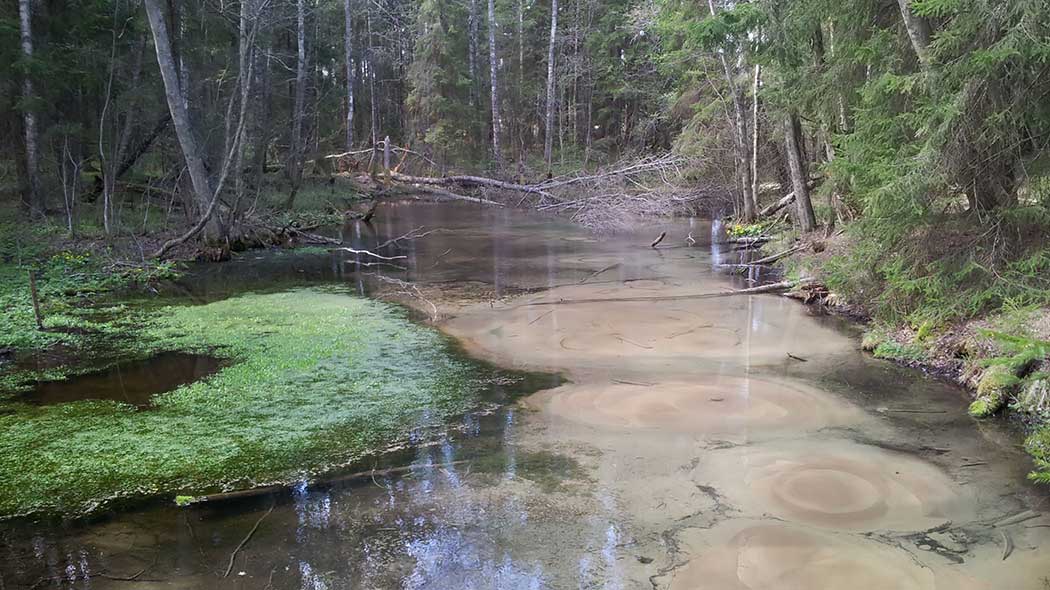 Kuninkaanlähde (the King's spring) got its name from Sweden's King Adolf Frederick, who travelled along Kyrönkankaantie summer road in 1752 and stopped to eat and rest by the spring. The spring is not in its natural state. It is also located on privately owned land and entering the area is restricted at times.

The area's springs have been popular sights for a very long time and there are old signposts leading to them.