The Land of Rugged Fells and Forests

The bedrock of Hammastunturi area is mostly part of the granulite zone of Lapland, which reaches from the northern part of Norway to Kola Peninsula in Russia. Granulite forms an acidic habitat low in nutrients, which does not support diverse or rich vegetation. Topographically the wilderness area is divided into the fell area in the north and the hill area in the south. The highest fell in the area is Hammastunturi Fell (531 m).

The waters of the area mostly flow into Lake Inarijärvi, which is part of the water system of River Paatsjoki. River Ivalojoki, with its braches, is the most important river of the wilderness area. The most important lakes are Hammasjärvi, Kirakkajärvi and Rautujärvi. Because of the land uplift, marks of the sea phases after the last Ice Age are nowadays as high as 152 metres above the sea level. The berms of Ritakoski Rapids on River Ivalojoki were formed during the sea phases. 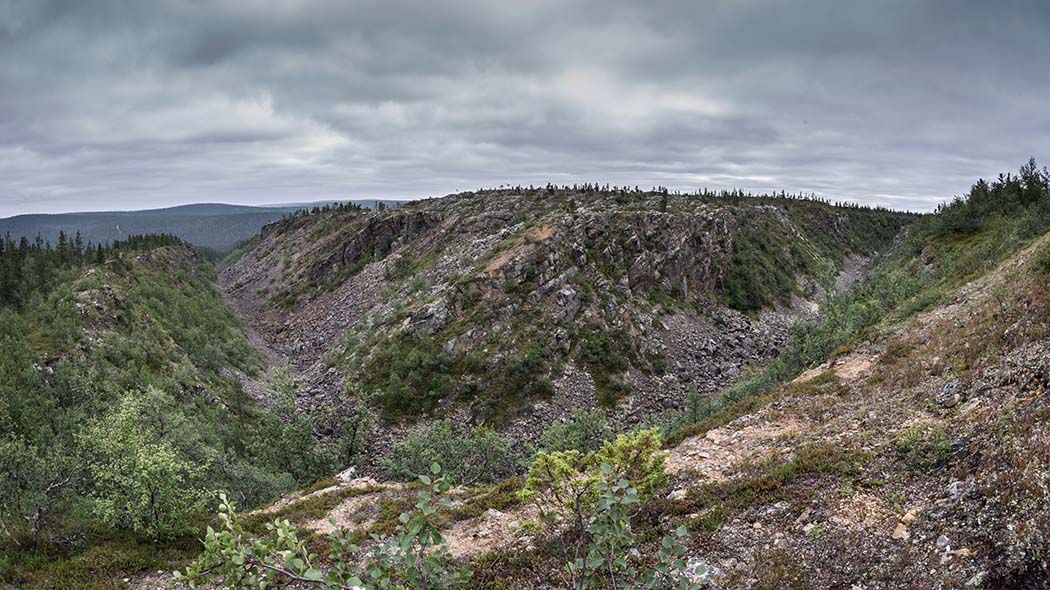 After the Ice Age, the surface areas of pine and birch forests have altered greatly in Hammastunturi area. Nowadays, the area is typical rugger upland of Inari Lapland, where demanding vegetation grows in the valleys of the great rivers. One of the most impressive plant species on the area's riverbanks is the Moor-King (Pedicularis sceptrum-carolinum), which was originally named in Finnish by Linné in honour of the Swedish king Charles XII. Along the river, you can also find the Northern Grass of Parnassus (Parnassia palustris), the Angelica (Angelica archangelica), the Alpine Milk-vetch (Astragalus alpinus), the Alpine Bartsia (Bartsia alpina) and the Lapland Lousewort (Pedicularis lapponica). On the fells grow the Black Bearberry (Arctostaphylos alpina), the Alpine Azalea (Loiseleuria procumbens) and the Blue Heath (Phyllodoce caerulea).

Pine forests are typical for Hammastunturi Wilderness Area. Because of the forest fires, which shaped the landscape especially in the 1700s, about 250 years old, even-aged forests are common. South of River Ivalojoki is a large area of aapa mires, an impressive mosaic of mires and heaths. For reindeer, the aapa mires are important summer pastures, but for a hiker the terrain is quite difficult in the summer. 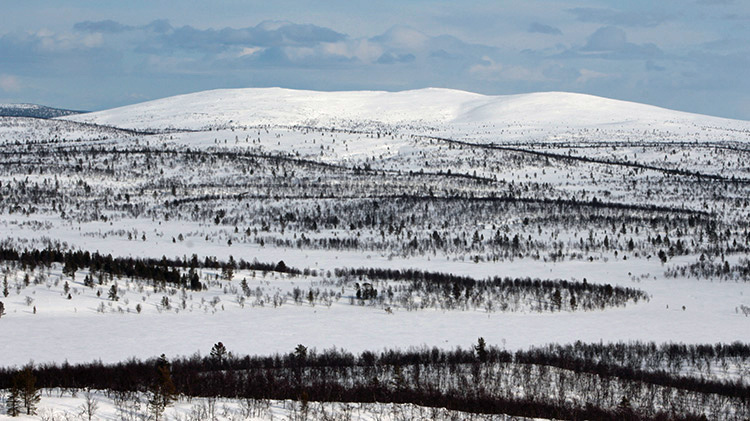 Birds of the Forests and the Fells

The animals of Hammastunturi Wilderness Area are typical for boreal forests, and the northern bird species are found there. In spruce forests live the Pine Grosbeak (Pinicola enucleator), the Three-toed Woodpecker (Picoides tridactylus) and the Northern Hawk Owl (Surnia ulula). The Willow Grouse (Lagopus lagopus), the Siberian Tit (Parus cinctus) and the Siberian Jay (Perisoreus infaustus) a hiker may meet daily. The Rough-legged Buzzard (Buteo lagopus) glides above the fells, and the Golden Eagle (Aquila chrysaetos) also nests in the wilderness. The Whimbrel (Numenius phaeopus) and the European Golden Plover (Pluvialis apricaria) call out loudly on the fells and mires. 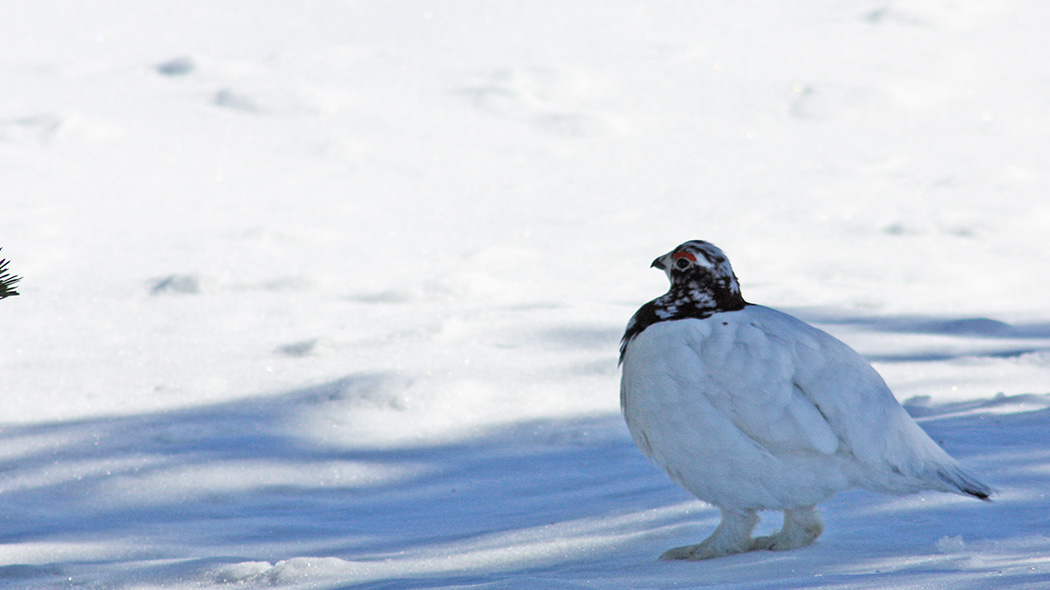 River Ivalojoki begins on the watershed region of Peltotunturit Fells in the municipality of Enontekiö, and flows through the southern part of Lemmenjoki National Park and Hammastunturi Wilderness Area. The river is 184 km long altogether. Except a few houses, there are no inhabitants along the river until it ends in Ivalo, which is the administrative centre of the municipality of Inari. Flowing into Lake Inarijärvi, River Ivalojoki forms a great estuary and a local bird paradise. Because the river runs through uninhabited land, the only places upstream where it is possible to reach its banks by car are along the Inari - Kittilä road in Ivalon Matti and in the village of Kuttura.

This Finland's most famous gold river flows through the scene of the gold rush, which was a century ago, and the current gold digging areas. Gold diggers still work actively on their claims along the branches of the river. The colourful history of the river fascinates imagination, and the scenery is at its most impressive before the river calms down to meander around the centre of Ivalo and in the estuary. Only in the last 30 km of the river, it is wide and surrounded by human settlements. In the very end, it broadens into a delta which is several square kilometres large, and consists of islands and capes growing sedges and birches. They can only be reached by boat.

The waters of River Ivalojoki flow into the Arctic Sea, via Lake Inarijärvi and River Paatsjoki. The natural state of Lake Inarijärvi is affected by the water regulation which is done in order to even up the water supply to the power stations on River Paatsjoki. The rise of the water level in the beginning of the summer is harmful to the birds nesting low on the shores. Water regulation also affects the fish populations. The estuary of River Ivalojoki also suffers from the water regulation, but it is still one of the important bird sites in Inari.