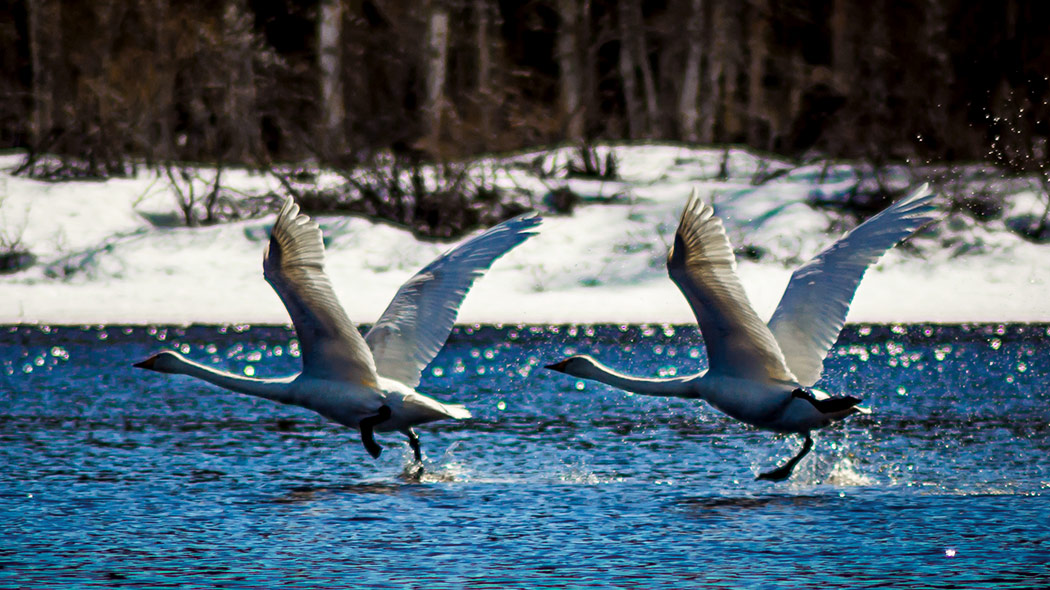 The Arctic Circle Hiking Area is like a miniature wilderness. The Southern Lapland nature is close to the city, providing easy access to the lush river islands, magnificent mires and old-growth forests. 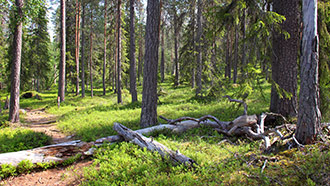 Climb to the tops of the hills. The pine forests on top of these hills are hundreds of years old. 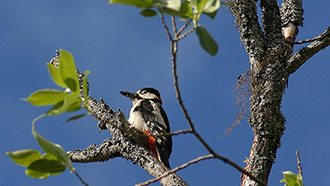 The complex natural environment of the Arctic Circle provides a habitat for a wide range of animal species. On a single hike, you can spot a crane wandering through an aapa mire and woodpeckers working on the trees in an old-growth forest. 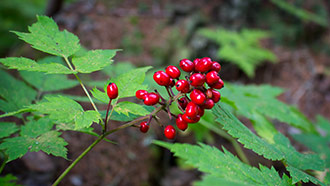 The Könkäänsaari and Kielosaari Islands are covered by spring floods

Walk through the lush nature along the river banks. You might see the red banebarry on your hike. This beautiful plant is poisonous when eaten. 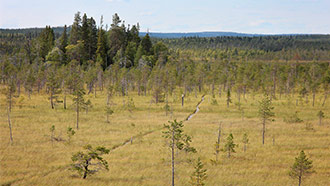 Take a look at the aapa bogs

You can safely learn about the bog nature by walking along duckboards or skiing in the winter. The Vianaapa birdwatching tower is a great place to see birds display their flying skills. 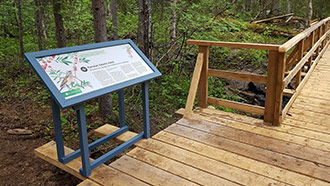 A mobile application provides more information about the nature trail

In addition to traditional signs on the Könkäänsaari and Kielosaari Islands, you can also get information about the route on your mobile phone. 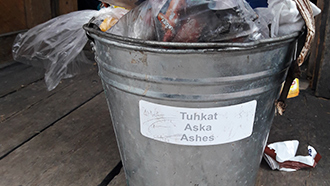 The only recycling points are located at the start of the routes in Vikaköngäs and Vattunkiköngäs. Leave no trace in nature and bring all your litter home!

The hiking area is made up of several parts which are in their natural state and very wilderness-like. In these areas visitors can become acquainted with the region's typical plant and animal species. Some of these spectacular nature sights are at Vianaapa, on the Könkäänsaaret Islands, at Vaattunkivaara Hill, at Könkäänvaara Hill and on the north-side of road E75 in the versatile Sortovaara Hill area. Many of the nature sights are accessible by nature trail. 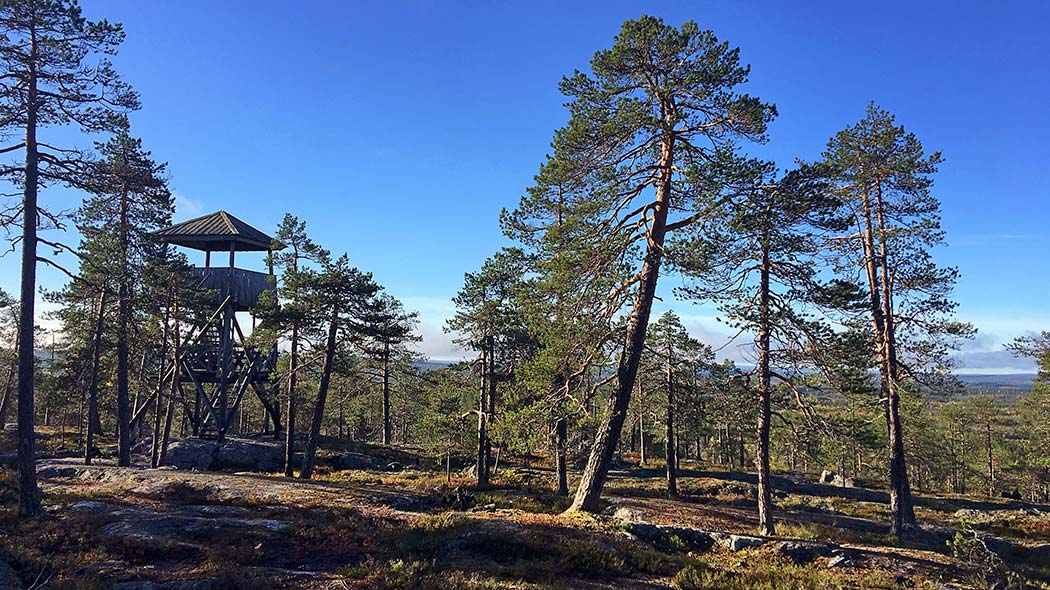 The most spectacular rapids in the River Raudanjoki are Vaattunkiköngäs and Vikaköngäs. They are popular sights and easily accessible. The Könkäänsaaret Islands have a valuable assortment of bird and plant species. The islands are an ideal day trip destination for families. Disabled visitors have also been taken into account when the islands' services were designed. 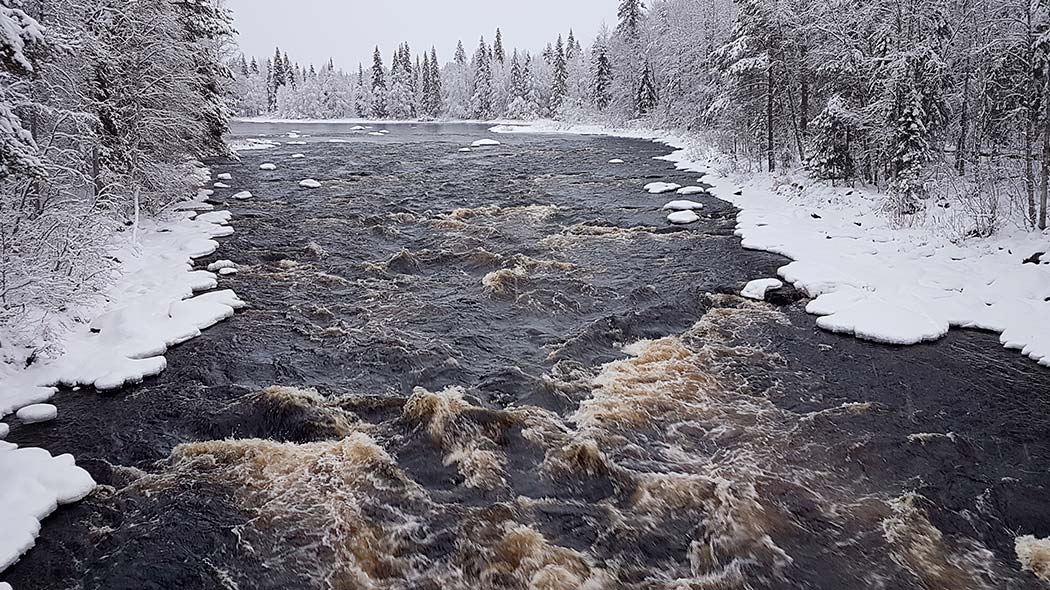 From the Könkäänsaaret Islands you can continue along the beautiful Könkäiden polku Trail which follows the bank of the River Raudanjoki or you can see the rugged and rocky Sortovaara, Vaattunkivaara and Könkäänvaara Hills. The pine forests on top of these hills are hundreds of years old. One of the most striking sights in the hiking area are the practically treeless aapa bogs at Kuluskaira. These bogs are the part of the area which has best stayed in its natural state. The wilderness ponds in the bogs, the River Raudanjoki and Lake Olkkajärvi are enchanting recreational fishing destinations. 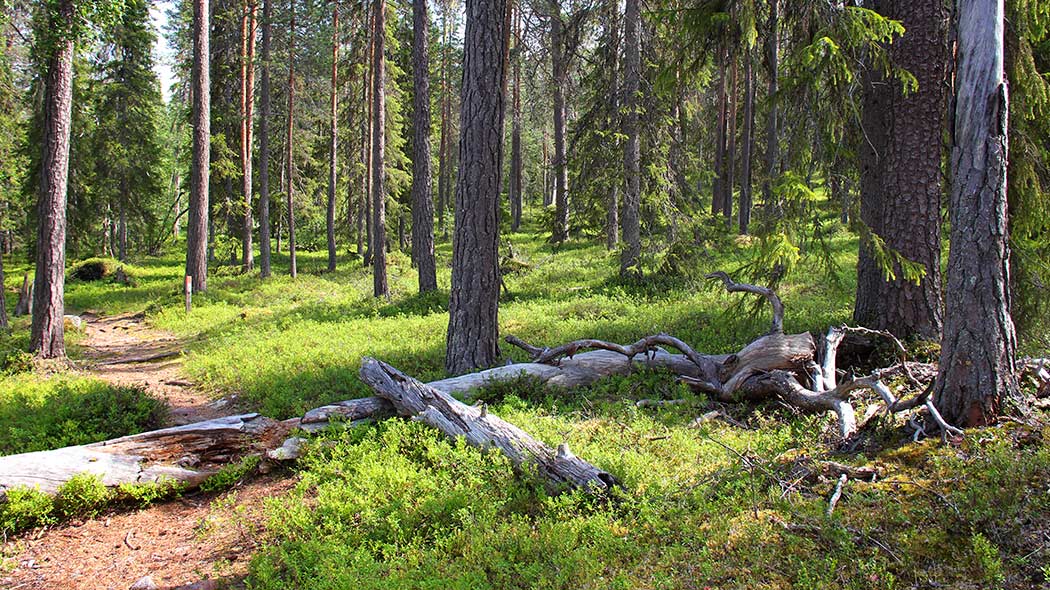 Animals of the Area

The moose, reindeer, fox, hare and squirrel are the mammals most common in the area, but the pine marten, stoat, mink and otter have also been seen there.

There are many areas on the banks of the River Raudanjoki and at Vianaapa which are rich in birds, both in the diversity of species and the size of their populations. Könkäänsaari Island is one of the best bird watching destinations. The nature on this island is diverse making it possible for many different bird species to live there.

The treeless parts of the Vianaapa bogs are favoured by the Common Crane, Bean Goose, Ruff and many waders. Whooper swans often stop at Lake Vaattunkilampi to rest while migrating. 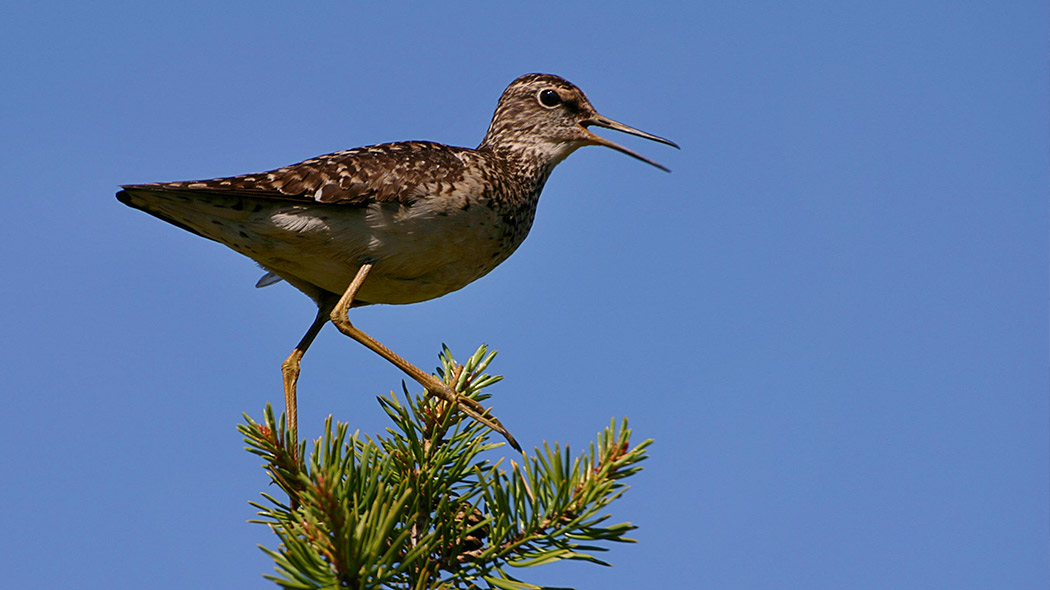 Species of the Old-growth Forests

The majority of birds living in the hiking area's coniferous forests are so-called old-growth forest indicator species. Some of these species are The Black Woodpecker, the Three-toed Woodpecker, Great Spotted Woodpecker, the Siberian Jay and the Great Grey Owl. The Willow Tit, which is found all over Finland, is exceptionally abundant in the forests on top of the Vaattunkivaara and Könkäänvaara Hills. The rare Siberian Tit may also make an appearance on occasion. 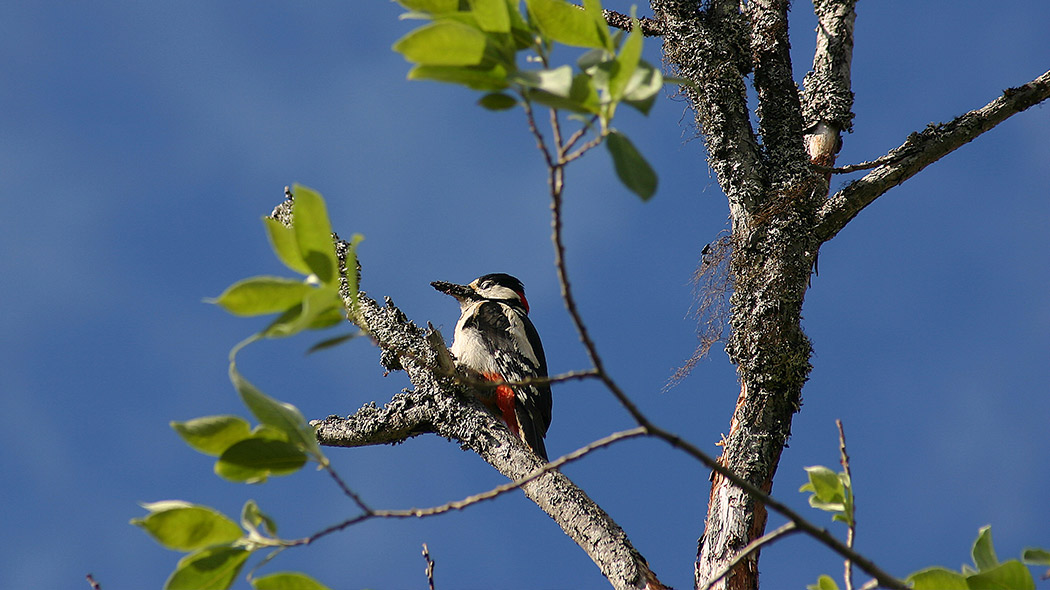 The area is within the boreal zone in Southern Lapland. An abundance of spruce trees in even the most nutrient poor heaths and vast aapa bogs the centre of which are so swampy they are impassable, are typical natural features of the area. Some years the pine bogs on the edges of these aapa bogs have an abundant crop of cloudberries and cranberries. 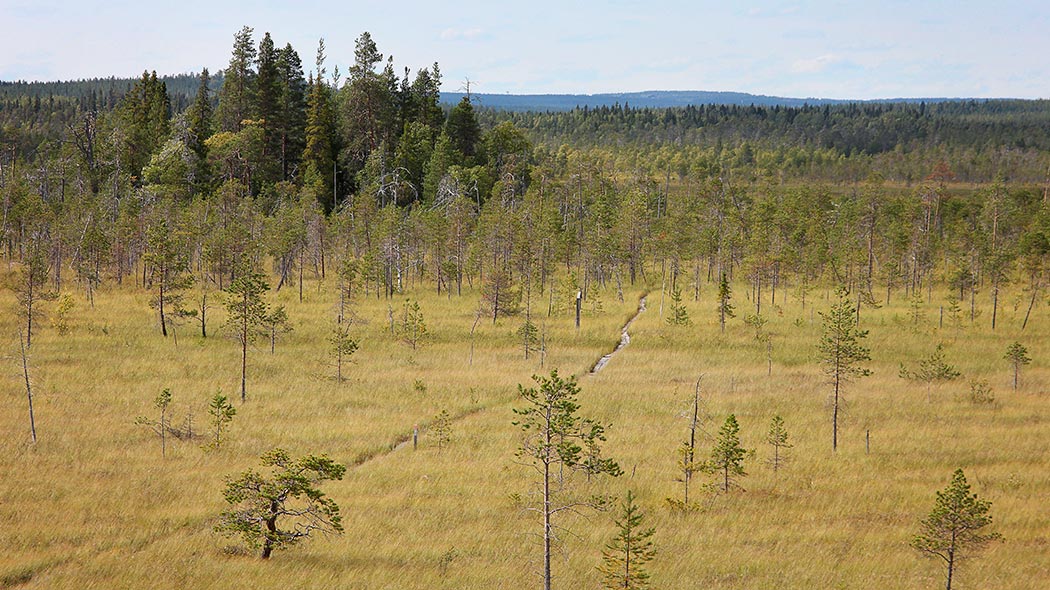 The vegetation is for the most part sparse and nutrient-poor, but there are spots which could be described as lush. Intensive flooding of the River Raudanjoki has helped small herb-rich forests to form, where even demanding plant species grow. The Ostrich Fern, the Mezereon, the Baneberry and the Black Currant are basic species found in the herb-rich forests and spruce forests. But with some luck you might stumble upon the rare Ghost Orchid. The Könkäänsaaret Islands' nature trail features the vegetation in herb-rich forests. 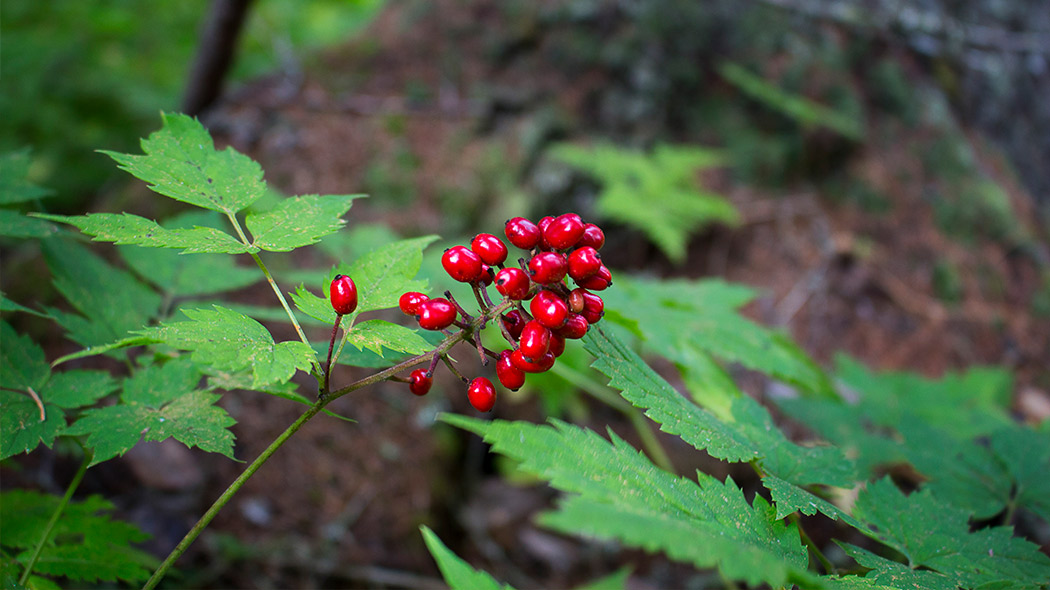 Finland's forest and mire berries are common in this area. The cloudberry is found in the pine bogs on the edges of aapa bogs and cranberries can be found in the area during late autumn.

When visiting during late summer, it is a good idea to read up on the area's mushrooms. There is a diverse assortment of mushrooms on the Könkäänsaaret Islands. In the more wilderness-like parts of forests several old-growth forest fungi can be found on fallen decaying trees. Some of these species are the Amylocystis lapponica, the Phellinus chrysoloma and the Fomitopsis rosea.