Land rising from the sea 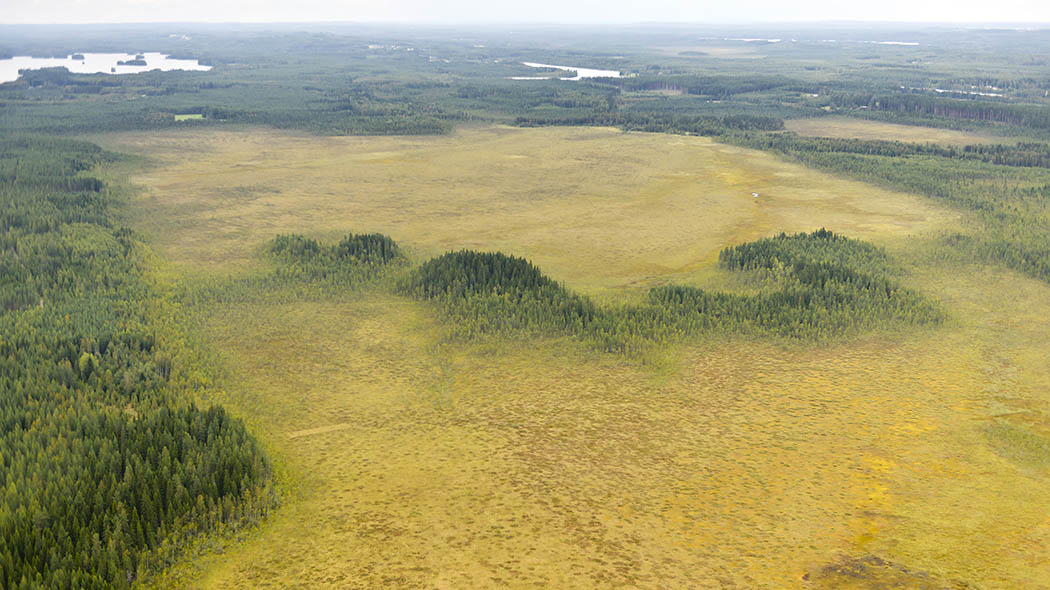 About 7,000 years ago, the area where the national park is now was still under the sea. After the Ice Age ended, the ground in the Kokemäenjoki valley began to rise, and the rivers flowing into the sea formed a large estuary around the present-day Huittinen. As the land was exposed, the waters sought the sea and finally broke through the moraine and rock ridges. The exposed seabed gradually began to turn into wetlands, and over the millennia, thousands of hectares of raised bogs formed. The land is still slowly rising in the region. The old folk believed the sea would dry out.

Settled since the Stone Age

The region has been settled for a long time. Seal hunting was the main livelihood during the Stone Age. Farming and livestock crazing were introduced to the river valley at the time of the so-called Kiukainen culture. Many large graves, laid of rocks, remind of the dry and warm period of the Satakunta Bronze Age (1500 to 1200 BCE).
Settlement gradually spread northward from the great river valley. The village of Karhiniemi is from the early medieval period, and was probably built next to an Iron Age place of worship. The ancient wilderness road of Huittinen went over Lake Puurijärvi and followed along the Kauvatsanjoki river to the slash-and-burn forests, hunting grounds, and coastal fishing waters.
The villages surrounding the great mires began to rise in the 13th century. Arable land, natural meadows, and river salmon and whitefish catches attracted settlers to the area. The villages east of Lake Puurijärvi (formerly known as Jalamus), Jalonoja and Työtilä (Tondura), were born in the Middle Ages. The ancient village of Kyttälä is located on the western shore of the lake.
In the southwest corner of the national park is the Kravioja canal, which was excavated from the village of Ronka to the village of Ylistaro in Kokemäki in the early 19th century. The aim was to bypass the difficult-to-navigate riverbed with its many rapids. However, the plans were interrupted by the Finnish war in 1808.

The Kokemäenjoki river, which flows through the landscape, branches in many places, forming island clusters. The dredging of the rapids begun in the mid-18th century and continued in the 19th century began to change the landscape. Efforts were made to lower the surface of rivers and lakes in order to obtain new farmland and pastures. The drying of mires attracted interest in developing farming practices.
Rivers have been important transport routes. The most convenient way to move was with light boats and dugout canoes that could be towed overland past the rapids. Seaworthy ships were able to trade at the piers of the ancient Telja in Kokemäki. At the beginning of the 20th century, shipping was regular between Kyttälä railway station and Lauttakylä in Huittinen.
In the 20th century, the Kokemäenjoki river was gradually harnessed for energy production. The construction of the Kolsi power plant in Kokemäki raised the water level to its current level, and many great rapid were left under the water.
The value of forests increased in the area as the sawmill industry developed. The Kokemäenjoki and Kauvatsanjoki rivers were important floating routes. The rafts of logs were pulled across Lake Puurijärvi with a horse-operated capstan. A railway was built through Kauvatsa and Kyttälä in the last years of the 19th century.
(Source: Author Pirjo Tuominen, Kauvatsa)