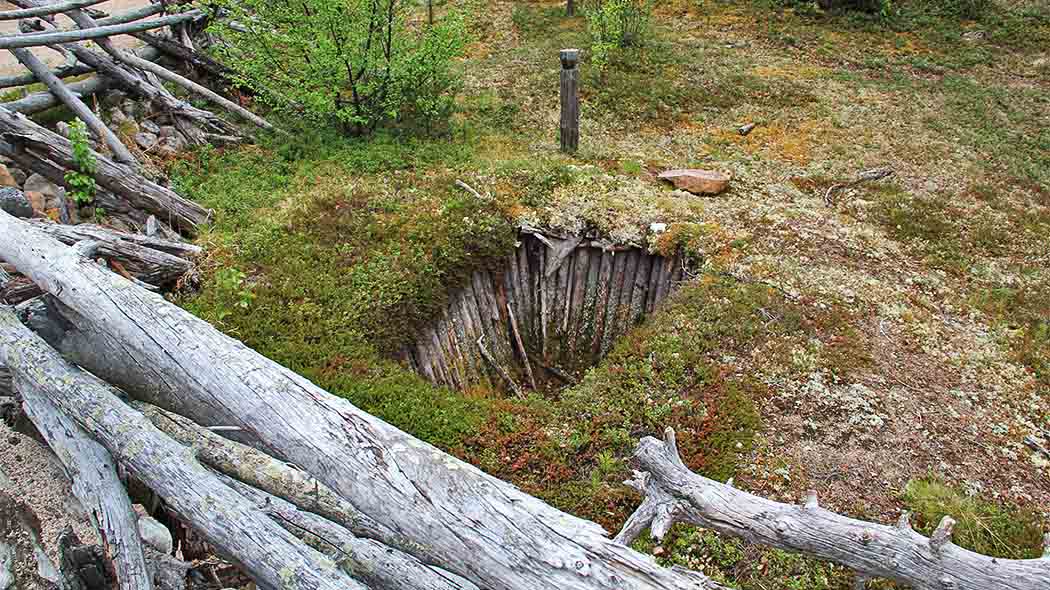 In the village of Hetta in Enontekiö, you can see one of the largest chains of hunting pits in Lapland. You can explore the Jyppyrä hunting pits located in the Hetta Area and other reindeer hunting methods along the Peurapolku Trail, which passes close by the Fell Lapland Visitor Centre.

Sometimes the reindeer that had ventured into the area fell into the hunting pits accidentally. However, the largest load of game was obtained in the kind of hunting where beaters chased reindeer towards the hunting area. Wedge-like fences facilitated hunting, as they prevented the reindeer from escaping in the wrong direction. Hounds were also used in chasing reindeer.

In olden times, the Jyppyrä area was a winter grazing zone for wild reindeer. The reindeer hunting sites formed an entity, which comprised, in addition to hunting equipment, a base, meat storages and a place of worship, i.e., a seida. It is said that the Jyppyrä seida was located on top of Jyppyrä Hill. It was a large square stone that stood on four small stones. According to folklore, the builders of the Enontekiö church rolled the seida rock down into Lake Ounasjärvi at the bottom of the hill in the 1800s.

This is the web page nationalparks.fi/huntingpitsonjyppyrahill