History of the Gulf of Finland National Park

Self-sufficient Villages in the Archipelago

Fishers' huts in Koivuluoto.There is a long history of navigation and the traditional means of livelihood of the archipelago in the area of Gulf of Finland National Park. Fishing, hunting of birds and seals, small-scale agriculture and cattle keeping have left marks in the landscape of the National Park. On the islands, visitors can still see traditionally managed agricultural landscapes, and buildings related to traditional fishing methods. 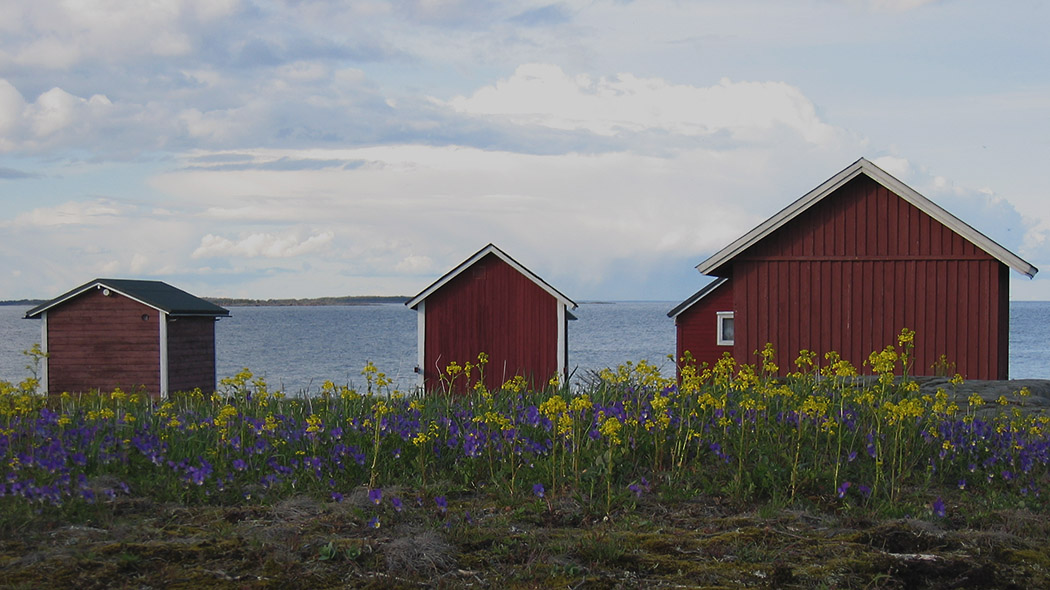 Trade across the Gulf of Finland

Just outside of the National Park boundaries are the fishing villages of Haapasaari, Kaunissaari and Tammio Islands. The busiest era of these villages was from the end of 1800s to the beginning of the 1900s. In addition to the traditional means of livelihood in the archipelago, the inhabitants also practised piloting and trade. Before the revolution in Russia, Finland was part of Russia and a large part of the catch of fish could be transported to St. Petersburg and sold there. The Finnish families had acquaintances on the other side of the sea, Estonian families who traded with them. This ended after the 2nd World War, when the border was closed.

Eastern Gulf of Finland at War

The Second World War (1939 - 1944) was the most eventful period of time in the history of Gulf of Finland National Park. Already during the Finnish Winter War (1939 - 1940), the Russians attacked the archipelago of Eastern Gulf of Finland, and the region surrounding the town of Kotka. After the Winter War, it was obvious that the defensive preparedness in the area needed to be strengthened. During the interim peace, the island of Ulko-Tammio was fortified to guard the eastern border. The Continuation War (1941 - 1944) was the baptism of fire on Ulko-Tammio Island, and important battles against the Russians were done in the area.

The most famous battle on the Eastern Gulf of Finland was fought over the Someri coastal fortification, located 18 km from Ulko-Tammio Island, on 8.7.1942. There were less than a hundred men in Someri fortification which was essentially important for maritime and air defence on the Eastern Gulf of Finland. However, the overpowering Russian enemy was fought off.

The war against the Soviet Union ended on 19.9.1944. The control commission of the Allies ordered the artillery pieces and heavy weaponry to be redeployed from the islands of the Eastern Gulf of Finland. Buildings were sold to civilians. Remains of the fortification can still be seen in Gulf of Finland National Park, for example on Ulko-Tammio Island.

On the island of Mustaviiri, in Gulf of Finland National Park, visitors can find the latest Unesco World Heritage Site which has been included in the World Heritage List in Finland. The small, drilled hole in rock, about the size of a matchbox, is one of the original station points of Struve Geodetic Arc, a chain of survey triangulations.These are points of a survey carried out between 1816 and 1855, in order to measure the exact size and shape of our planet. The chain was named after the German-born astronomer Friedrich Georg Wilhelm Struve. In Finland, Struve Geodetic Arc connected the northern and the southern chains of survey triangulations until the 1960s. Nowadays, GPS satellite navigation tecnology is used in land surveying.

The Struve Arc stretches from the northernmost station point in Hammerfest, in Norway, to the southernmost point in Ukraine, near the Black Sea. Out of the over 200 station points, 34 are protected. Six of them are in Finland, and three of them are located on the land managed by Metsähallitus. Svartvira (nowadays called Mustaviiri) is an island in the Gulf of Finland National Park, in the archipelago of the municipality of Pyhtää. Avasaksa (Aavasaksa) is a hill in the municipality of Ylitornio, in Western Lapland. Stuor-oivi (Stuorrahanoaivi) is a fell in Tarvantovaara Wilderness Area, in the municipality of Enontekiö, near the Norwegian border.

The Stone Labyrinth on Mustaviiri Island

There is a mysterious stone labyrinth on the flat rock on the northern shore of Mustaviiri Island. In Finnish, it is called "jatulintarha". It might be made by giants, because "jatuli" means a giant. Or it could be a playground made by children of the archipelago. Traditionally, walking in the stone labyrinths gives you good luck and protection. However, walk with care, since the stone labyrinth is protected under the Antiquities Act.