Heretty Cabin was built in the winter 1946 - 47 to accommodate the loggers who worked in the area. It was meant for 26 men but, during the busiest times in the end of 1940 and in the 1950s, there lived about 40 men and a housekeeper with her helper. Mostly horsemen lived in Heretty Cabin. In addition to the cabin, there are horse stables, a building for drying cones, a sauna and a shed.

After the war, there were lots of people wandering around looking for work, but a man with experience in logging was always able to get a job. The busy period of the cabins lasted until the mid 1960s, but then they became quiet because new machines were introduced, and the structure of the economy changed in Finland. Heretty Cabin has been restored and is protected as a nationally valuable example of the original environment of the logger's cabins. Today, there is a cafe and rooms for rental during the summer.

Huhtala Croft is located in the northwest corner of the National Park, and it is protected because of being a nationally valuable example of the old way of living. In addition to the main building, the remaining buildings include three storage buildings, a sauna, smaller dwelling house for the old generation of the farm and for guests to stay in, and a shed for storing straw cut into chaff for the use of cattle.

Wuori-Huhta farm is mentioned in history books to have existed already in the 1700s. The present main building was built in 1850s, and the storage buildings are from the end of 1700s. Some old garden plant species can still be found on the grounds, such as the Burnet Rose (Rosa pimpinellifolia) and the Michaelmas Daisy (Aster novi-belgii). The grounds of the croft are managed traditionally by scything and grazing. 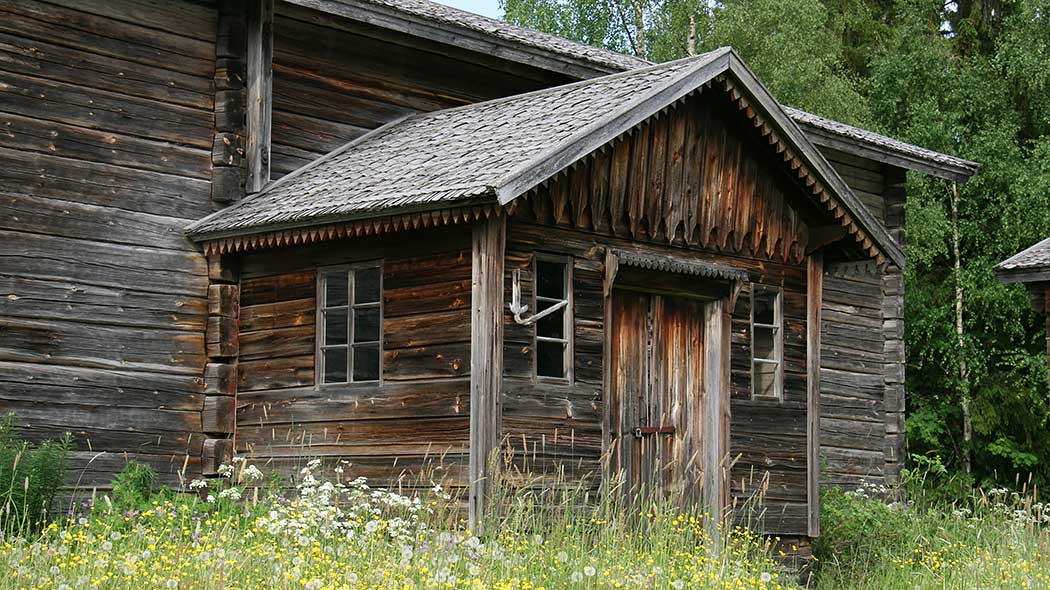 In 1833, a fishing cottage was built in the southern end of Luutsaari Island on Lake Isojärvi, by eight houses which practiced seine fishing together. Before the lake froze over in the autumn, a man from each house came to the cottage for several weeks to fish, and to salt the fish for the winter. Nowadays the fishing cottage is inside the National Park, but the building is maintained by supporters´ association named  Luutsaaren Kalapirtin Kannatusyhdistys ry (kalapirtti.fi).