Finland shares a border with its three neighbours, Norway, Sweden, and Russia.

The 736-kilometre-long Norwegian border is the northernmost border. Almost half of it follows the Tenojoki River or its tributary the Inarijoki River. Much of the border runs through unpopulated wilderness. There are six road border crossings with Kilpisjärvi the farthest west, Utsjoki the farthest north, and Näätämö the farthest east.

Most of Finland and Sweden are separated by the Gulf of Bothnia with a narrow channel of international waters in between. The border zigzags across one tiny lighthouse island called Märket in the Åland Archipelago. The land border starts in the north near Kilpisjärvi where the borders of Finland, Sweden and Norway meet. Most of the Finland-Sweden border is a river border along the Könkämäeno, Muonionjoki, and Tornionjoki Rivers, a total of 555 kilometres. 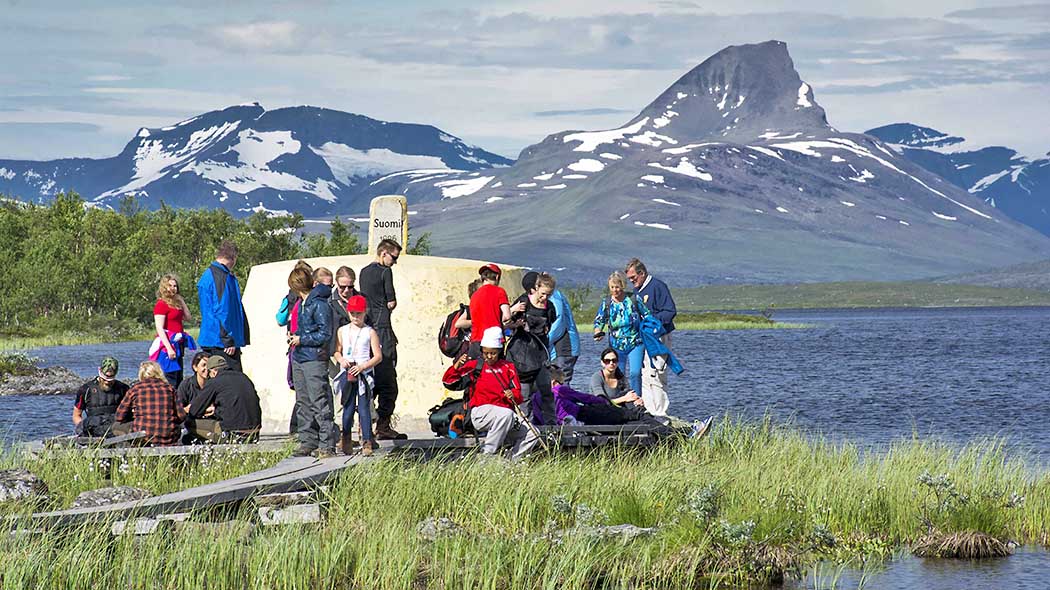 Finland, Sweden, and Norway are members of the Schengen Area and the Nordic Passport Union, so in general it’s possible to cross the borders anywhere freely as long as the traveller’s passport allows them to visit these countries. However, certain goods must be declared when entering Norway. Also there can be restrictions when crossing the border with dogs or other animals. Be sure to check with the appropriate authorities before traveling

The 1,340-kilometre-long Finland-Russia border is Finland’s longest and one of the longest external borders of the European Union. It runs through mostly sparsely populated rural areas, forests, or wilderness in the far north. The border and any border crossings are carefully controlled, monitored, and patrolled on both sides. The border can be crossed only at official checkpoints and requires appropriate visas which can take days or weeks to acquire. Both Finland and Russia have clearly marked border zones. Special permission is required from the Finnish Border Guard to hike in the border zone. Illegal entry can lead to arrest and further consequences.