Finland has four distinct seasons with great variations in weather and temperatures throughout the year. There’s also variations between different regions of the country when the seasons change at different times in the far north, central, and southern areas.

Winter brings out our best

In the far north snow usually covers the ground from early November till late May and can last even longer on the felltops. In central and southern areas the first snowfall is often in November but it usually melts away until late December. Along the southern coast including the major cities of Helsinki and Turku most people hope for a white Christmas but are often disappointed.

Once the sea starts to freeze in the Gulf of Finland in January there’s a greater chance that the entire country will be blanketed with snow until at least March. In the Arctic regions, it’s not uncommon for temperatures to fall to 40C below zero. In the south low temperatures vary from a few degrees above zero to about 20C below zero. Extreme cold can be dangerous. Frostbite is a real risk and cold air can make breathing difficult and physical activity more fatiguing. Visitors should always dress properly and limit exposure to extreme cold especially if they lack experience in cold climates.

While main roads, highways, and motorways are regularly snowploughed and remain open year round, some smaller roads are not ploughed as often or maybe not at all. These roads can be very dangerous. It’s very easy to get stuck on an icy or unploughed road. Drivers should use great caution on these roads or avoid them completely. Likewise hiking trails can be icy and very slippery with deep snowdrifts. Proper footwear or snowshoes are essential.

Winter in Finland is the dark time of year. In Lapland above the Arctic Circle, the sun will not rise above the horizon for several weeks. However it’s not completely dark during the day, there’s a unique azure or violet light, and the snow cover helps reflect the soft colours. The Finns call this time of year kaamos and many look forward to it. It’s also the best time to see the Aurora Borealis or Northern Lights. 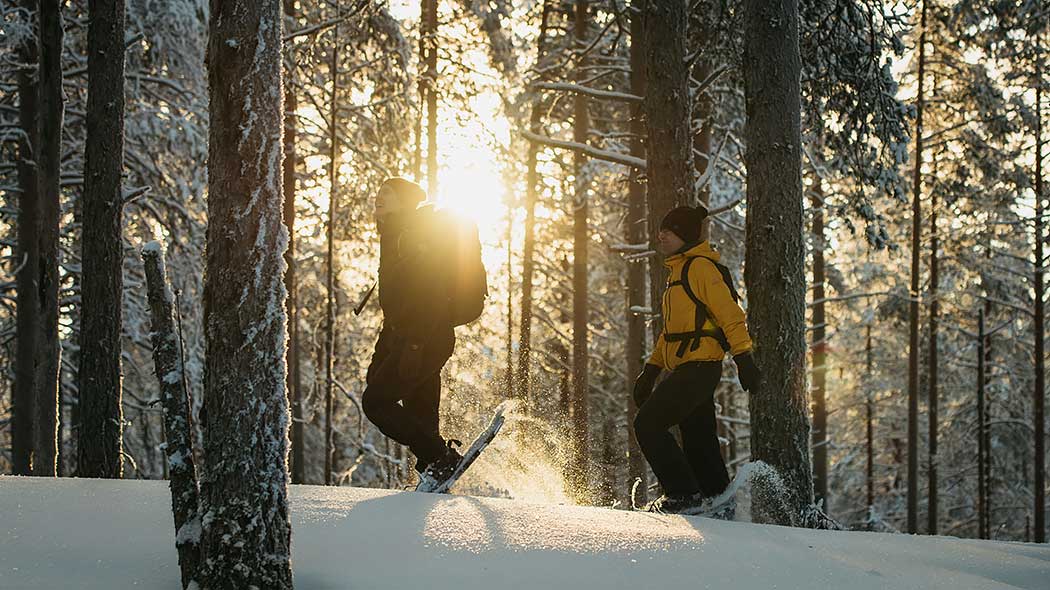 During the spring thaw, flooding is possible in many parts of Finland. Some hiking trails may not be passable for a couple of weeks. The period of time from when the first wildflowers bloom to when the trees are green is very short. And especially in the south the ice and snow can disappear quickly. In spring and autumn there can be a bigger difference between the daily high and low temperatures unlike the summer and winter when the variation is usually small. 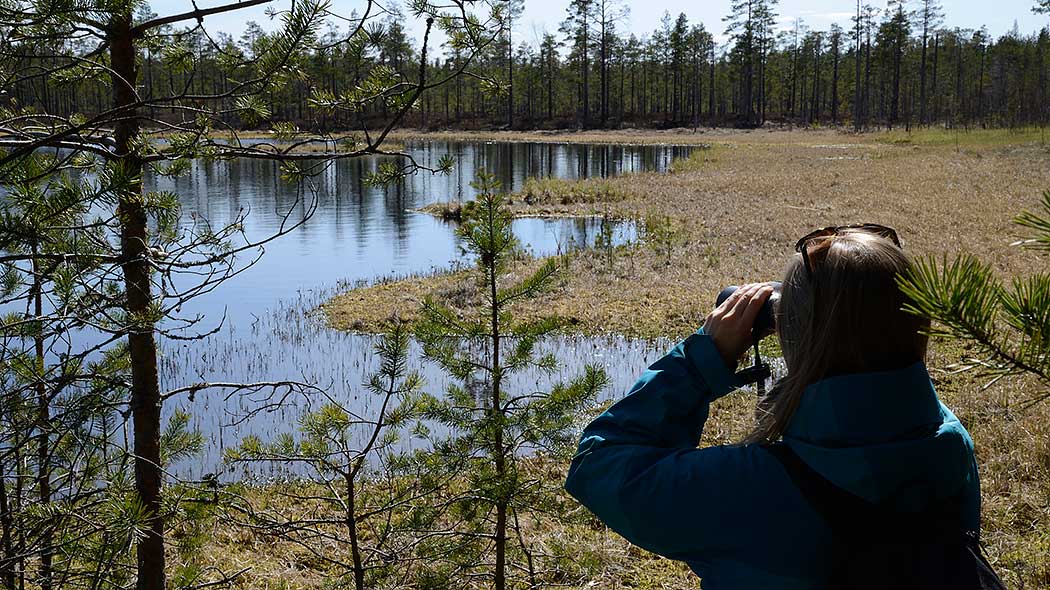 Summertime and the living is easy

All of Finland including Lapland has a warm and pleasant but rather short summer. This is the time of the midnight sun. The sun never sets above the Arctic Circle, and even in the very south dusk continues until dawn. There is no dark night anywhere in Finland. Temperatures can vary a lot, however 30C is possible throughout the country in July and August. But there can be colder periods of 10-15C especially in the north. Thunderstorms with high winds, heavy rain, hail, and lightning strikes can appear suddenly. When planning for an outdoor summer adventure, be prepared for changeable weather. One of Lapland’s claims to fame is the abundance of mosquitoes and midges in summer. Yes, there can be loads of them at times, so it’s best to have insect repellent or a mosquito net handy. However, by the end of August most of them are gone. 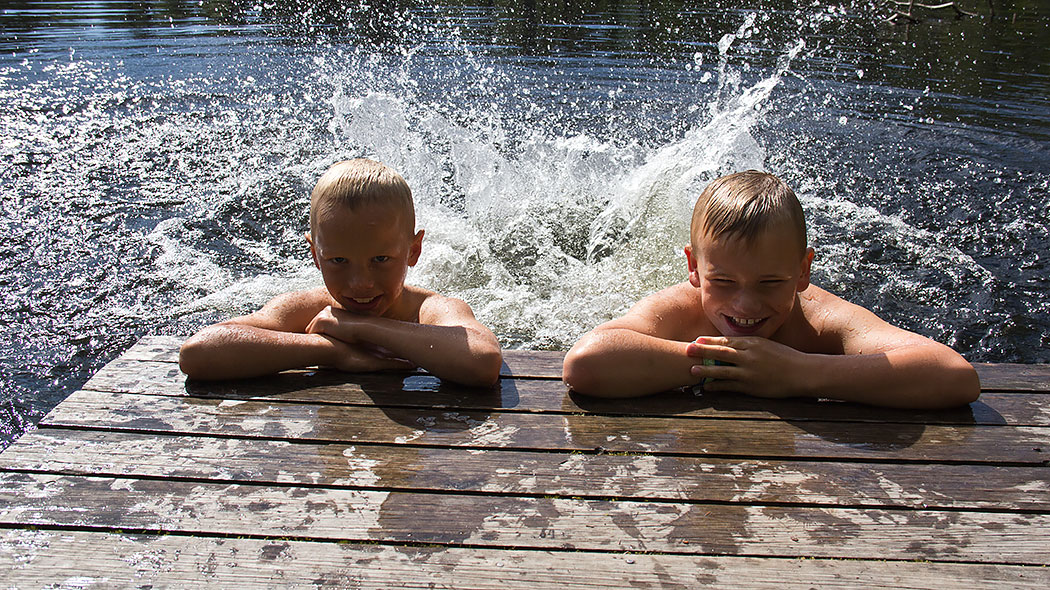 Fall in love with autumn

In mid-September the ruska begins in Lapland. This is what the Finns call the autumn colours when the foliage changes into bright shades of red, orange, and yellow. It’s most intense in the far north, but remains impressive throughout the whole country as it slowly moves south over the next several weeks. It’s the grand finale of the warmer months and signals the imminent arrival of winter. 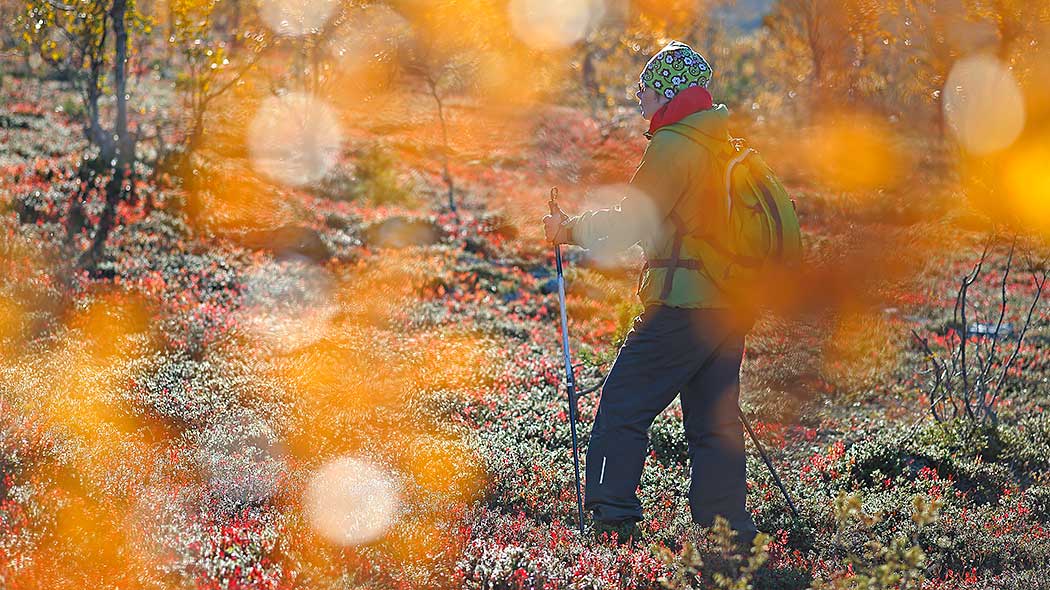