From Finland’s national epic tale, The Kalevala, to countless other Finnish artistic masterworks including music, paintings, poems, and novels, water always plays a major role. It’s no surprise in this “Land of a Thousand Lakes” blessed with a great abundance of fresh and clean water. 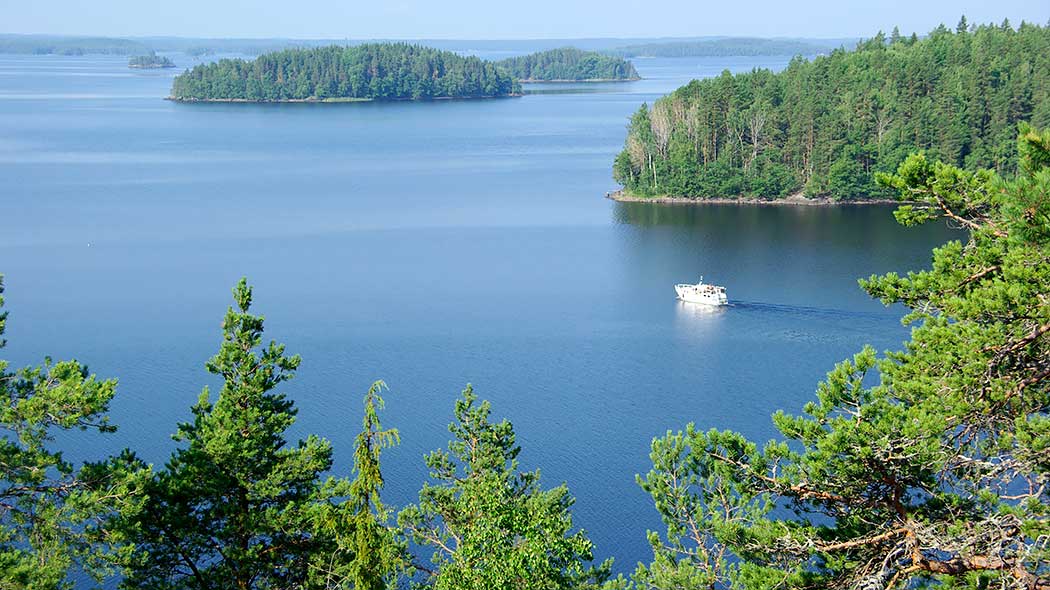 While there are lakes in nearly every corner of the country, the so-called Lakeland region which stretches across the middle of Finland to the eastern border is dominated by a huge network of navigable lakes and waterways. Lake Saimaa, at 4,377 square kilometres, is the largest lake in Finland and the fourth largest in Europe. It is home to the endangered Saimaa ringed seal (Pusa hispida saimensis), one of the world’s few fresh-water seals.

Along with the obvious cultural importance of the region, the Finnish forest industry has also flourished here for centuries with trees harvested from the huge forests and traditionally floated along waterways to the many mill towns located on the lakesides.

While the forest industry has developed in recent decades to become more efficient and less invasive, the recreational importance of the Lakeland region has only grown. Already in the 19th century resorts and luxury hotels began to attract city dwellers to the quiet and peaceful lakeshores with an abundance of wildlife and unique, unspoiled nature. With nearly half of Finland’s 40 national parks located in the region, hiking, boating, canoeing, fishing, cross-country skiing, and camping have become very popular. Also many Finns, even those who don’t live in the region, have or hire lakeside summer cottages and visit here year-round to get in touch with their roots.