The Mysterious Message of Relics

If you know where to look, you will find plenty of signs of the past in nature. What is the story behind the rock paintings? Why were stone mazes built? Who were buried in burial mounds? These are some of the fascinating questions that will always remain a mystery. Archaeologists can make inventories of ancient relics, but their mysterious pull cannot be erased by knowledge. 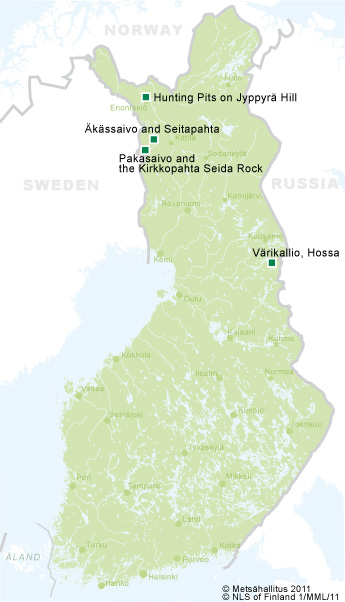 Some signs of the past are more familiar to us. Maps and books proffer information on landmarks, rock carvings, forts and various means of livelihood. This information has been gathered for you to read on signposts in the terrain and at the Nationalparks.fi website.

The rock paintings can be found in places, which usually were good landmarks. Even though the water in the old times has been a lot higher than now, still at the rock art places you can see well at least in two directions. The paintings have been made from a boat,or from the lake ice by hand on the sheer cliff. It is not always easy to notice the modest paintings on location.

The earth red paintings were made with ferrous clay found locally, using bird eggs, blood or grease as binding agent. The nature itself has coated the paintings so that they have been preserved under the projecting rocks. 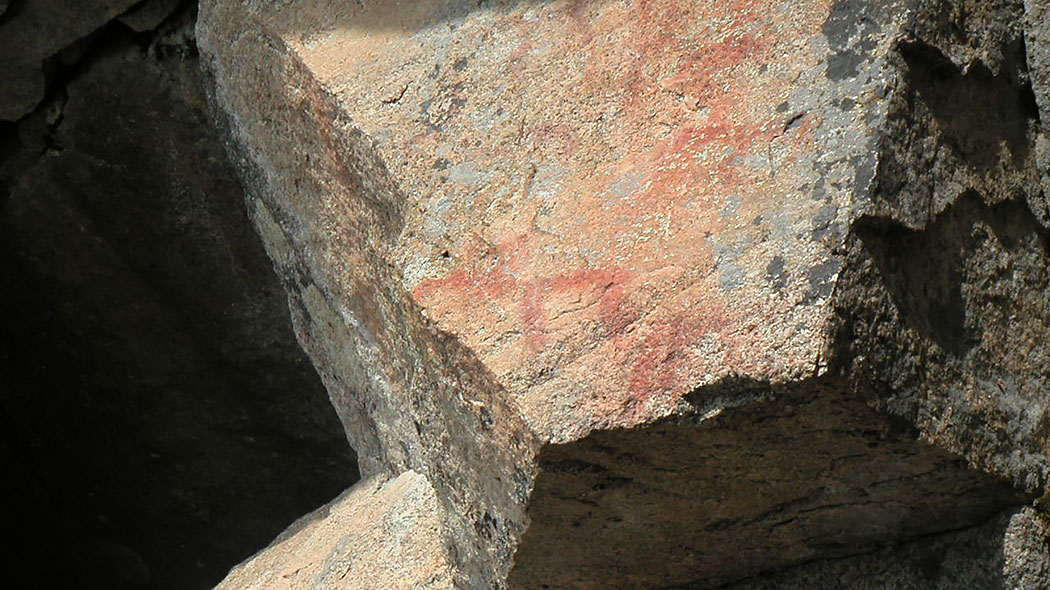 There are no rock drawings or carvings in Finland, but there are more than 100 paintings and earth red blots. It is suggested that the paintings are related to hunting magic, because they are located at ancient hunting places. It has been practical to drive the prey off the cliffs down to the rocky ground. The Moose (Alces alces) has always been a valued prey animal. The rock paintings tell us about the life of the ordinary people in the ancient times.

People leave signs of their activities in vegetation. Some plants have adapted to the habitats shaped by man and others have been transported (on purpose or unintentionally) to the area.

Some plant species assist in the discovery of prehistoric relics. A few species typically grow next to ancient relics or in their vicinity. The occurrence of the species is either due to the right conditions or the fact that people have transported the species to the places where they now grow.  However, it must be borne in mind that the occurrence of such species does not always indicate the existence of ancient relics any more than the lack of such species means that there aren't any. An ancient relic is often indicated by an entire plant community and not just by one plant species. Many of the dry meadows that are rich in plant species are located on Iron Age dwelling sites and burial grounds. Many of the species indicating ancient relics are well-known medicinal herbs but many may also have been used as food.

Amongst the best-known plant species indicating ancient relics are the dropwort (Filipendula vulgaris), the field garlic (Allium oleraceum), the dark mullein (Verbascum nigrum) and the meadow oat-grass (Avenula pratensis). All these species thrive in the vicinity of Iron Age relics. The dropwort and the field garlic were perhaps gathered for food and for medicinal purposes. The dark mullein was used for curing coughs and abscesses, and meadow oat-grass seeds were eaten. Amongst the other species that often grow next to ancient relics are the tower mustard (Arabis glabra), Thalictrum simplex ssp. simplex, the spiked sedge (Carex spicata) and the haresfoot clover (Trifolium arvense).

The preconditions for the preservation of many species living next to ancient relics are that the surrounding vegetation remains low and the landscape open. In the prehistoric and historic eras, people have facilitated the preservation of these plants by clearing spruce forests, by mowing and by letting their cattle graze on the habitats of these plants. Today, the share of traditional agriculture has decreased and many of these species' habitats are in danger of being destroyed. Consequently, they must be actively managed.

Former Homesteads and Vegetation in Lapland

Old abandoned homesteads in Lapland can still be detected on the basis of the vegetation; on these sites, there are often many grass species that are typical of dry meadows. Many of these plant species resist erosion and have therefore thrived on these well-trodden village grounds. The plants are indigenous species but do not necessarily grow outside of these grounds. The success of these species on winter village sites may be explained by factors relating to soil and erosion, and they may also have been carried to the grounds on people and reindeer. The vegetation as well as the old structures (if there are any left) shed light on the history of these sites. 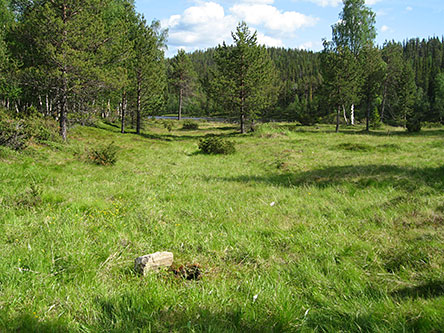 Throughout history, wars have shaped the Finnish landscape and have also done their bit in spreading new plant species along with the movements of soldiers. Most of these plants spread to Finland in grain that was imported for food and in fodder for horses but some seeds may also have been transported here on the soles of soldiers' boots or on vehicle wheels. The plants spread by World War II soldiers are particularly evident at sites where Soviet or German soldiers kept their horses. Many of these species have managed to struggle on in the same spots until today but they are now in danger of disappearing due to overgrowth.

The species spread by soldiers in the 18th and 19th centuries are particularly common at land fortresses, as the structure of these fortresses favours meadow species. There are a number of land fortresses in southeastern Finland as it has formed the border of Sweden and Russia several times. The military history sites form their own group of cultural environment sites, so hopefully the plants spread by soldiers also remain at these spots in commemoration of the former activities. The investigation of these plants increases the historical value of the military history sites.