Most of Finland is dominated by dense coniferous forests of pine and spruce with some deciduous trees, primarily birch, mixed in. Most of Finland’s forests have been harvested at some point, but there are also many old-growth forests untouched for centuries and now protected in the national parks and other nature reserves. 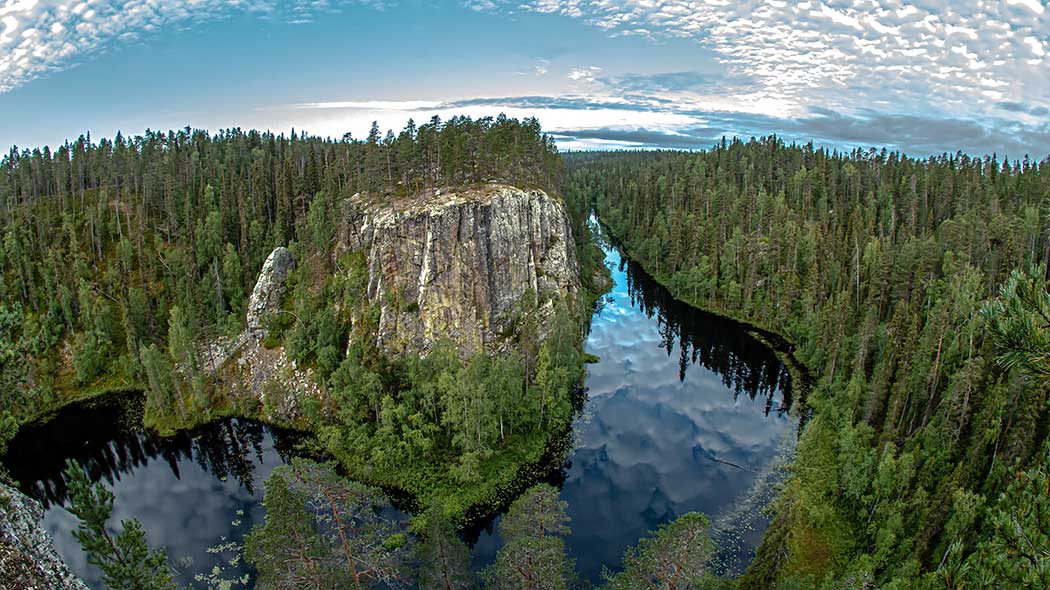 The other natural features that define Finland are its exceptionally large number of lakes and wetlands with rivers and streams in between. Over the centuries many of the mires and bogs were drained for agriculture or used for peat harvesting. Increasing recognition of the importance these wetlands play in biodiversity has led to continuing efforts to maintain and restore them. Many of the largest remaining mires and bogs are now protected in the national parks. 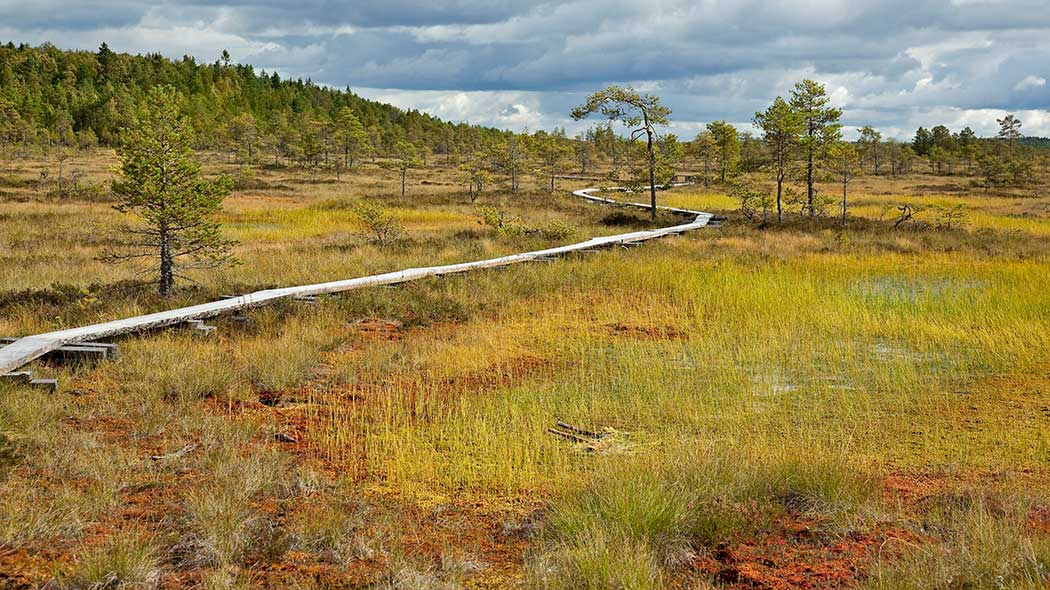 Finland also has a very long coastline with several large archipelagos with huge numbers of islands and skerries. Much of the coastline and many of the islands are sparsely populated and support a great diversity of life. Some of the largest archipelagos are protected in Finland’s marine national parks.

With the exception of the rounded fells in Lapland and the higher hills of eastern Finland most of the country is relatively flat. What the Finnish landscape lacks in dramatic topography is easily made up for by its unique richness of clean air and water, vast unspoiled woodlands, and a feeling that untamed nature is always near.

Finland is home to many extraordinary species of animals that are rare, endangered, or extinct in the rest of western Europe. The four big predators, bear (Ursus arctos), lynx (Lynx lynx), wolf (Canis lupus), and wolverine (Gulo gulo), are elusive hunters and generally avoid humans. The majestic elk (Alces alces; Moose in North America), however, is more often seen, and the smaller but still remarkable reindeer (Rangifer tarandus tarandus) is a common sight in Lapland.  Both can suddenly cross roadways and cause serious traffic accidents. Special caution is required when driving in rural Finland. 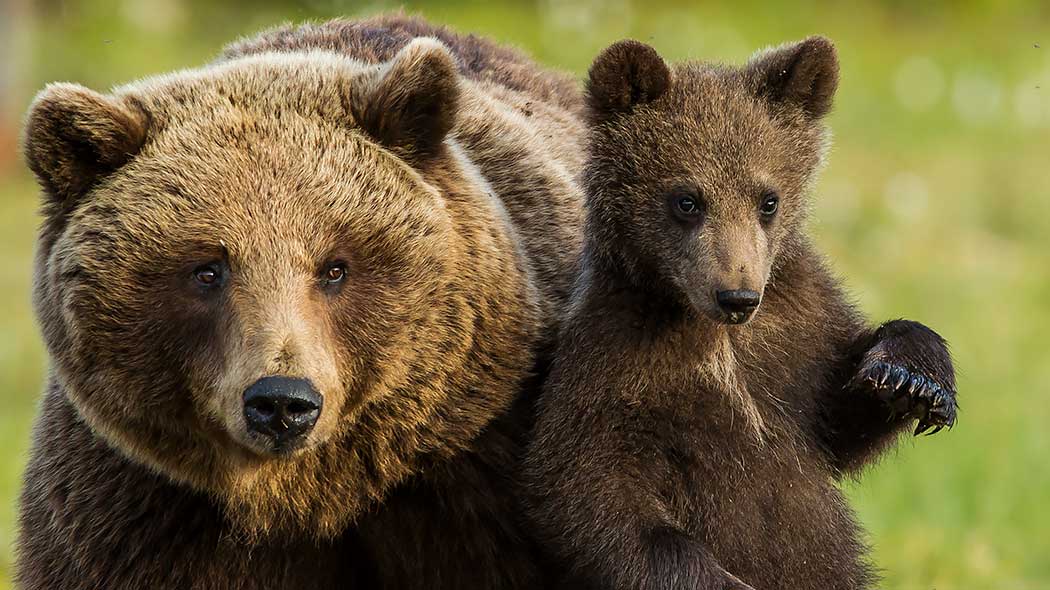 A huge variety of birds thrive in Finland’s forests and along its coastline. Finland lies on the main flyways of many migrating birds that nest in the far north of Lapland and Siberia. The spring migration attracts bird watchers from all over the world. Many of the national parks have observation towers to get a closer look at the birds on the move and those nesting locally.

Some threatened species have made strong recoveries in Finland. The numbers of osprey (Pandion haliaetus) and white-tailed eagle (Haliaeetus albicilla) have increased dramatically in recent years. And the whooper swan (Cygnus cygnus), the national bird of Finland, was once nearly extinct in Finland, but now flourishes on the lakes of central and northern Finland. The endangered Saimaa ringed seal (Pusa hispida saimensis), one of the world’s few remaining fresh-water seals is slowing rebounding thanks to effective conservation efforts. 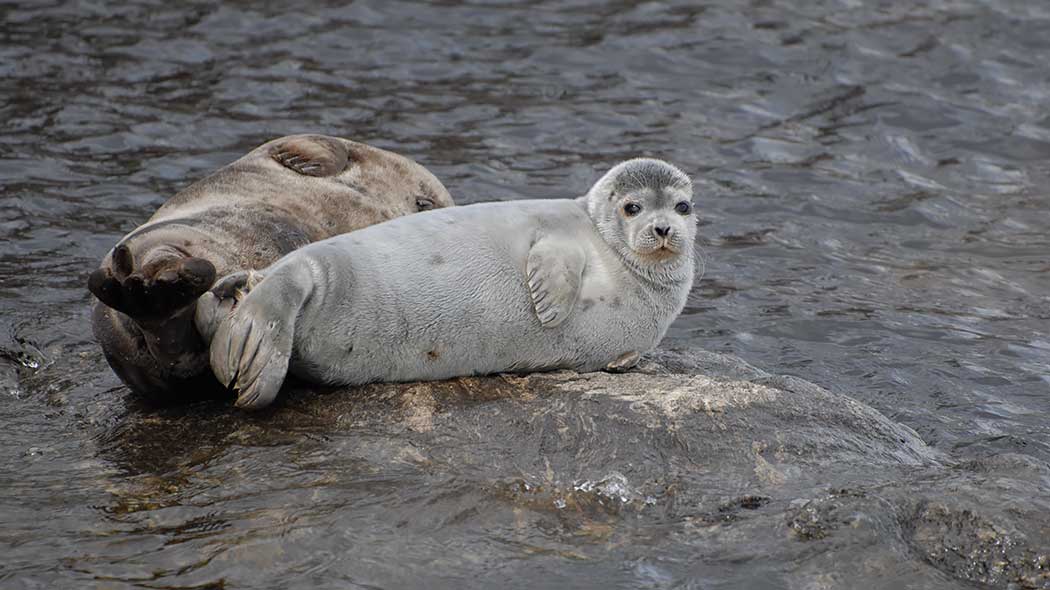 The seasons play a major role in the nature of Finland. Even though Finland is a Nordic country with the northernmost area above the Arctic Circle, it is by no means constantly cold and frozen. Thanks to the Gulf Stream, Finland is much more temperate than many other parts of the world at the same latitude. In winter all but the very south is covered with snow for several weeks or months, while in summer the entire country can be surprisingly warm and sunny, and the lakes and sea warm up dramatically. Being so far north means that the length of the day varies greatly from a few hours of dim light in midwinter to no darkness at all at midsummer.

Climate change has already noticeably affected Finland especially in the north. As the earth warms, many species of plants and animals are spreading further north. The endemic species of the Arctic, however, have nowhere left to go.

Land Rising Out of the Sea

Information on the Brown Bear, the Wolf, the Lynx and the Wolverine