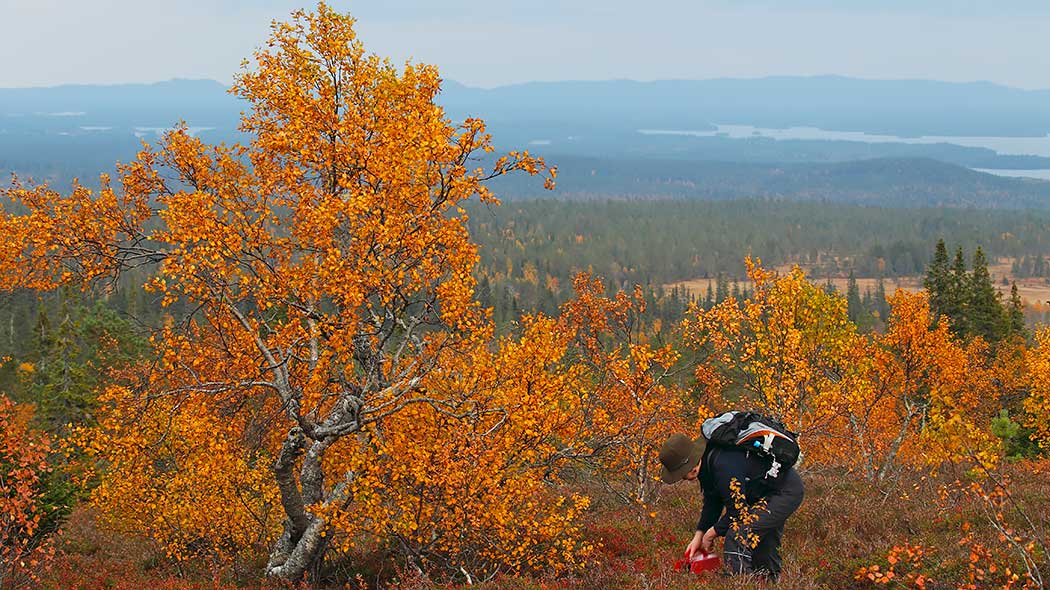 Berry and mushroom picking are both popular in Finland. In summer and fall, locals rush to their favourite swamps and forests with their baskets and buckets to pick some vitamin-rich berries and delicious mushrooms. It’s not only a great way to spend time with your friends or family; berries and mushrooms are also an excellent addition to your diet, even on a hiking or backpacking trip. Just imagine having your breakfast oatmeal topped with a handful of freshly picked bilberries or cloudberries – what a healthy start to your day!

Generally, Everyman’s Right allows you to pick berries and mushrooms almost anywhere, with a few conditions (see below). However, National Parks as well as other protected areas may have restricted areas for nature protection or other reasons. They are marked on a map but not in terrain. So take a glance at the map beforehand and make sure you keep away from restricted areas and bird nesting areas when heading out for a berry or mushroom foraging trip to a national park or other protected area.

There is no fee to pick wild berries or mushrooms.

Familiarize yourself with the concept of Everyman’s Right before your berry or mushroom picking trip. The basic concept is that you are allowed to pick wild berries and mushrooms almost anywhere. The most crucial rules for berry and mushroom pickers are: 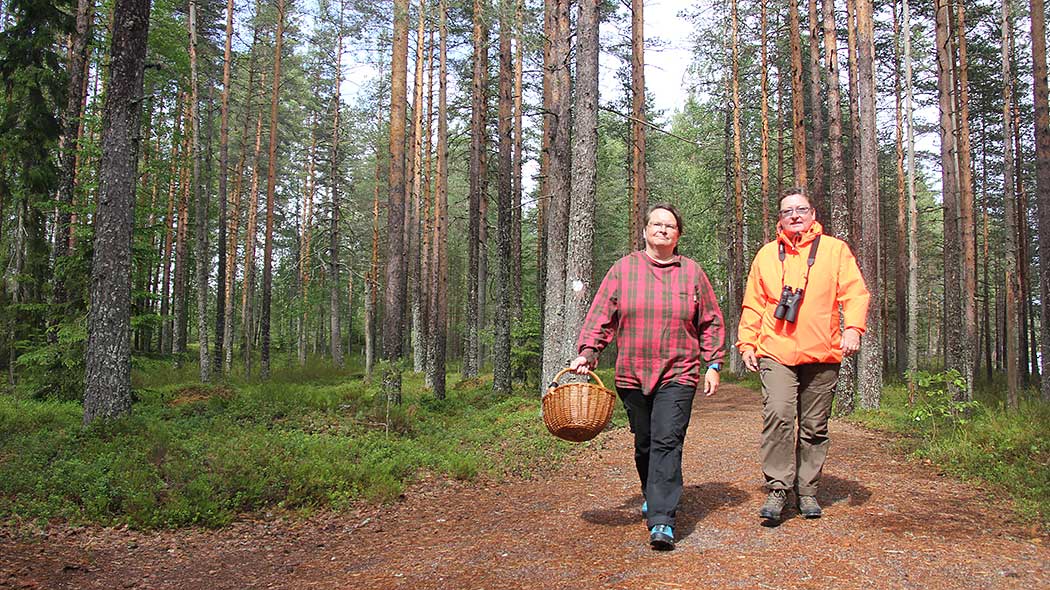 Due to possible accumulation of heavy metals, it is a good idea to refrain from picking berries and mushrooms closer than 50-100 metres from busy highways and industrial facilities.

Generally, the best season for picking berries is from mid-July through late September.  It depends on the berry type, location, and weather. National Park Visitor Centres, local people and local tourist offices are good sources of information.

The best mushroom season is usually from August to October. However, you may find mushrooms until the arrival of snow. In rainy conditions you’ll have a better chance of finding more.

Make sure to bring containers for your harvest. Baskets or buckets will do. Keep different berries and mushrooms apart for an easier clean-up. A mushroom knife can be useful.

Only pick berries that you can identify. Only pick ripe berries. Here are some of the most common wild berries and the times when they are usually ready for picking: 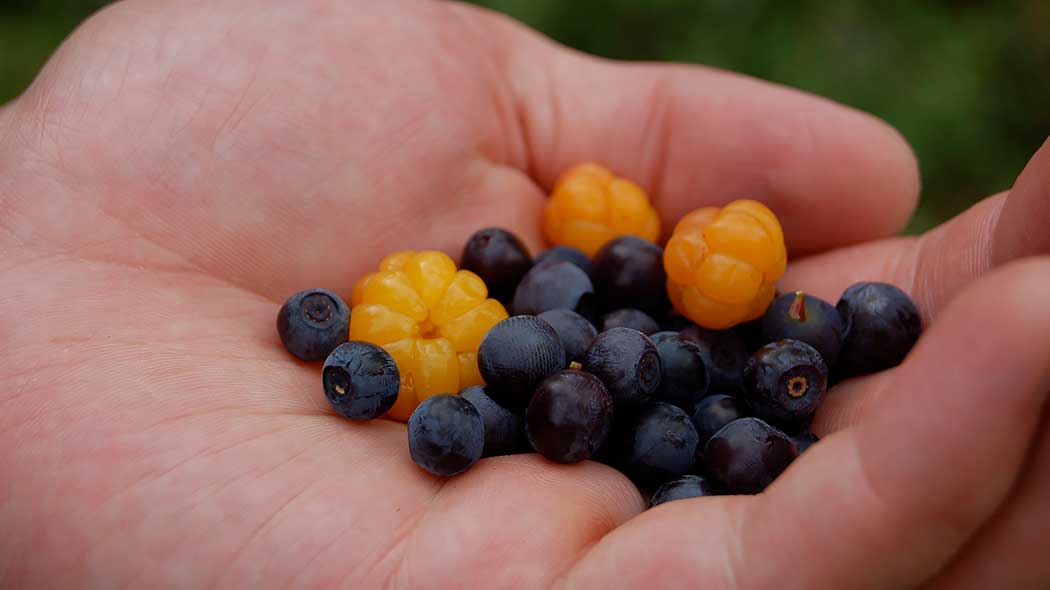 Only pick mushrooms that you can identify, and keep in mind that not all mushrooms are edible. Some mushrooms can cause serious poisoning — or even worse! Always use multiple sources of identification before picking and eating any wild mushrooms. Some of the most common edible mushrooms include: 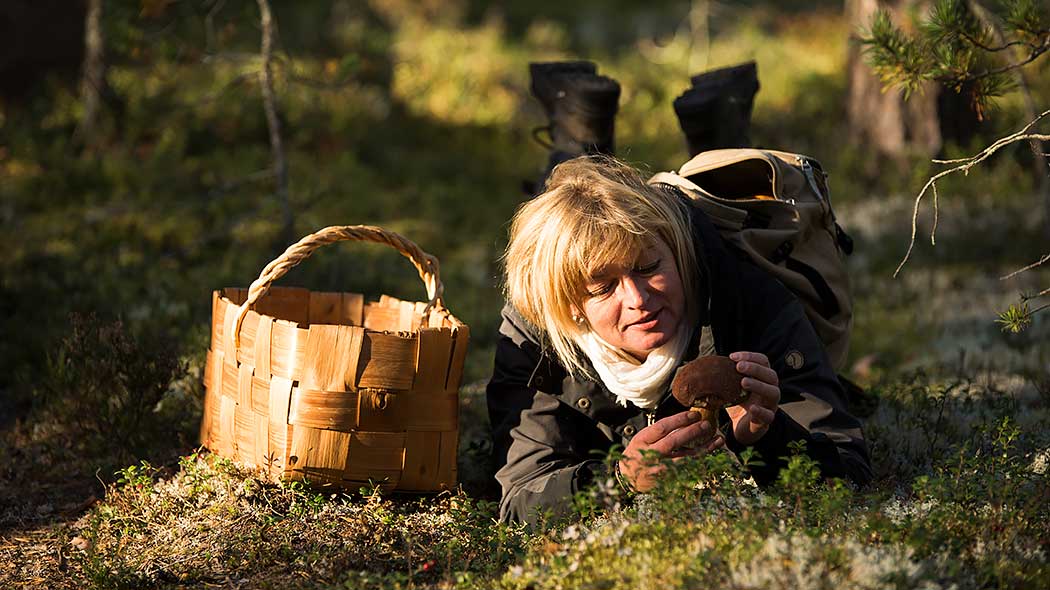 If feeling uncertain, join a mushroom picking tour led by an expert. Many National Parks have a selection of professional nature guides that offer foraging tours.

Pay attention to your location, as it is very easy to get lost when berries and mushrooms steal your attention. Carry a map and compass and know how to use them.

Leave word about where you are going, by what route, and when you plan to return.

Carry a fully charged mobile phone and keep it warm. Note that not all areas have mobile network coverage.

Emergency number in Finland is 112.

Do not approach any wildlife.