Protecting yourself against ticks and insects

In summer many hikers and campers cover their skin to prevent insect bites, especially in the north, where mosquitoes and blackflies are notoriously bloodthirsty in July and August. Most shops sell small bottles of insect repellent. 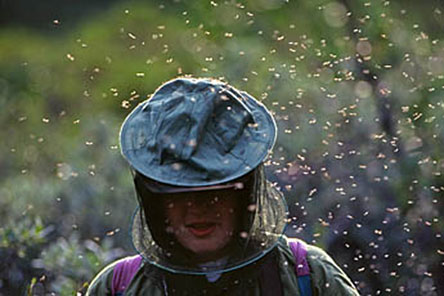 Mosquitoes are extremely widespread throughout central and southern Finland in late June and July, especially near open water, and in the evening just around dusk. Some people may develop an unpleasant allergic reaction to mosquito bites.

In the autumn hikers may find elk lice in their hair or on their clothing during or after a day in the forest. These small creatures are a little unpleasant, but harmless.

Use of insect repellents and insecticides in protected areas

Using conventional insect repellents applied or sprayed onto the skin is also allowed in protected areas if necessary.

Equipment that produces vaporising insecticides approved by the Finnish Safety and Chemicals Agency (Tukes) may only be used according to their instructions for use. According to Tukes’s instructions, the use of such equipment is only allowed in the yard near buildings, such as terraces and porches. It is prohibited indoors and outside the yard, when moving around in nature or hiking. Metsähallitus interprets these guidelines so that the use of such equipment is prohibited at campfire sites and lean-to shelters in protected areas, among other places. In protected areas, the use of such equipment is also not desirable in the yards of open wilderness huts, reservable huts and other buildings, as the buildings are usually located in the middle of nature, and the potential exposure of other hikers must also be taken into consideration. The active substances in vaporising insecticides are extremely harmful and dangerous, especially for aquatic organisms and pollinator insects. Any unused insecticides should be disposed of as hazardous waste. Empty packaging can be disposed of with mixed waste.

Tick-borne diseases and how to protect yourself from tick bites

Many think that ticks trouble us only in midsummer, but ticks wake up as soon as the soil has thawed, and they are active all the way to late autumn. However, you should not restrict outdoor activities in fear of ticks, as the health benefits of being out in nature and outdoor activities are much more significant than the risks caused by ticks.  Below you fill find information on how to protect yourself from ticks and what to do if a tick should bite you.

Protect yourself from tick bites

The best way to prevent diseases spread by ticks is to ensure that ticks do not have access to your skin. When you are moving in outdoor areas with particularly large numbers of ticks, such as in archipelago forests and in meadows outside of trails, you should wear clothes with long sleeves and legs.

It is a good idea to pull your socks over your trouser legs so that ticks cannot crawl in through the legs, and you cannot go wrong with boots! The colour of your clothes also matters: ticks stand out better from light-coloured clothes.

After a day of hiking and outdoor activities, it is a good idea to do a tick check for the whole group, including the pets. A tick check is done for the whole body, from toes to the hairline. Pay particular attention to the armpits, groin and knee bends as well as to the neck and head area.

You should also give a good shake to your clothes. Another good way to do this is to go through your clothes with a sticker roller meant for lint removal, which removes ticks from the fabric surface effectively.

Dogs and cats are tick magnets, so you should also do a thorough tick check for them after outdoor activities. Animals can bring ticks home with them and, without a tick check, a pet may carry ticks to a couch or a bed, from where they can be transferred to a person.

What should you do if a tick bites you?

The best tools for removing ticks are tick pliers, which you should keep with you on a hike, and they should also be in your first aid kit. Regular tweezers also work if there are no tick pliers.

Observe the skin around the bite site for the next few weeks. If a red ring appears around the bite, seek medical attention. If a physician diagnoses a Borrelia infection, they will prescribe antibiotics for you.

In addition, flu-like symptoms, tiredness or unusual sensations that appear after months form the bite may indicate an infection. 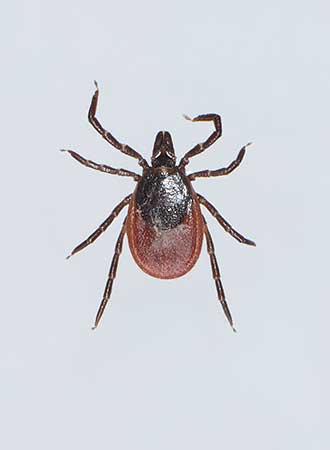 There are about 1,500 tick species in Finland, of which only a small proportion are of the Ixodes species and only two are a nuisance for people: the castor bean tick (Ixodes ricinus) and the Taiga tick (Ixodes persulcatus). Ticks can be found in almost all parts of Finland now, but the risk of encountering them is greatest in coastal areas and eastern Finland. There is a particularly large number of tick encounters in the southwest archipelago.

It is estimated that Finnish citizens get about 500,000 tick bites each year. The greatest number of tick-borne diseases are diagnosed between August and September.

Participate in mapping out the prevalence of ticks: Punkkilive (punkkilive.fi)

Ticks spread dangerous diseases: the bacterial Lyme disease (Lyme borreliosis) and the viral tick-borne encephalitis, but only some ticks carry the diseases.

Ticks carry bacteria already in their immature form, that is, as nymphs. A nymph is only from 1 to 2 mm long when an adult tick is from 5 to 10 mm long. A tick in its nymph stage is the most common cause of a Borrelia infection, as it is not noticed due to its small size.

There is an effective TBE vaccine against tick-borne encephalitis. However, the vaccine does not protect against Lyme disease and does not prevent ticks from attaching to the skin. The bacterial Lyme disease is treated with antibiotics.

Are ticks only a nuisance?

Ticks are the nutrition of many insects and small carnivores. The blood-sucking parasitic ticks have another role to play in balancing ecosystems: they affect the size of animal populations by reducing the number of their host animals slightly in the same way as predators tax populations. Ticks also provide a habitat for many viruses and bacteria, that is, they benefit them. Ticks have existed since the time of dinosaurs, so obviously they have their own rightful place in ecosystems. 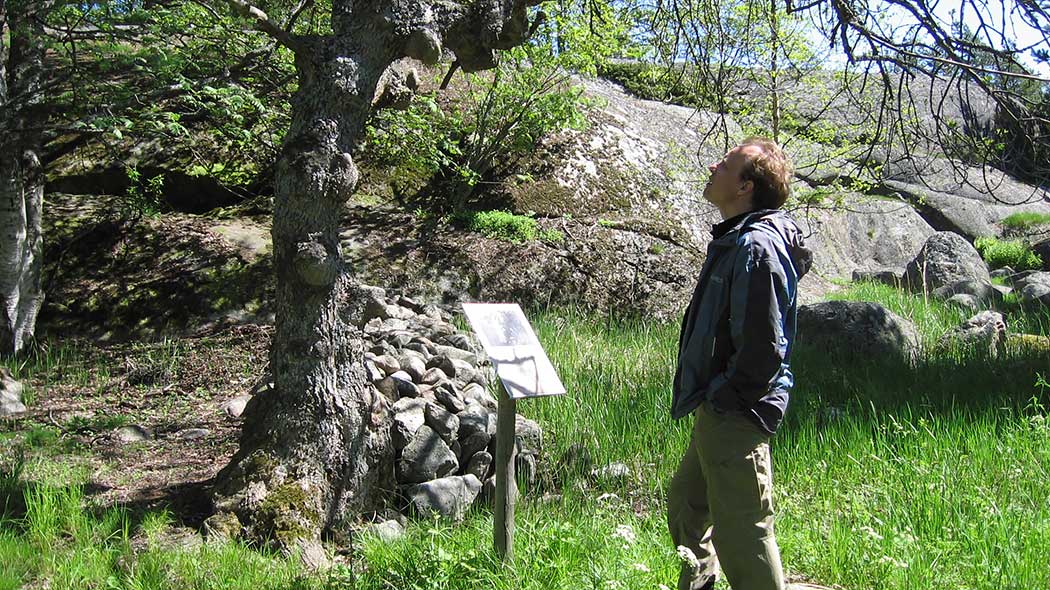