The story of the Rock Ptarmigan (kiiruna) trail

What is that clucking and rattling sound on the fell? When can you see lemmings (Lemmus lemmus)? How do you recognise a Kiilopää birch (Betula pubescens ssp. czerepanovii var. appressa)? Do snowy owls (Nyctea scandiaca) live on the Kiilopää Fell?
The information boards on the Kiirunapolku Trail, which winds around the Kiilopää Fell, tell hikers about the barren fell nature and its plants, birds and other animals. A sharp-eyed traveller may see a rock ptarmigan, the bird that has given its name to the trail, or hear its rattling call. The Kiilopää area is ideal for spotting this Arctic bird species. 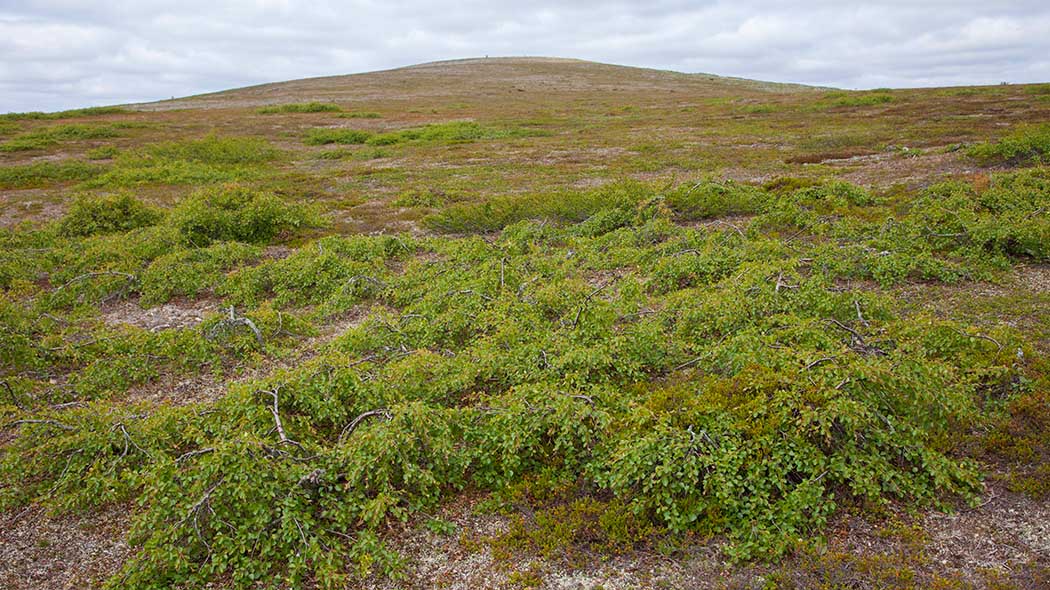 The rock ptarmigan (Lagopus muta) thrives on the treeless fell tops. It finds food in the rugged fells and a safe place in the rocky fell slope.

Even a thin covering of snow on the fell allows rock ptarmigans to take cover in a snug round hole. You may come across this bird on a rugged and rocky fell slope. It is aptly defined as a truly Arctic species. 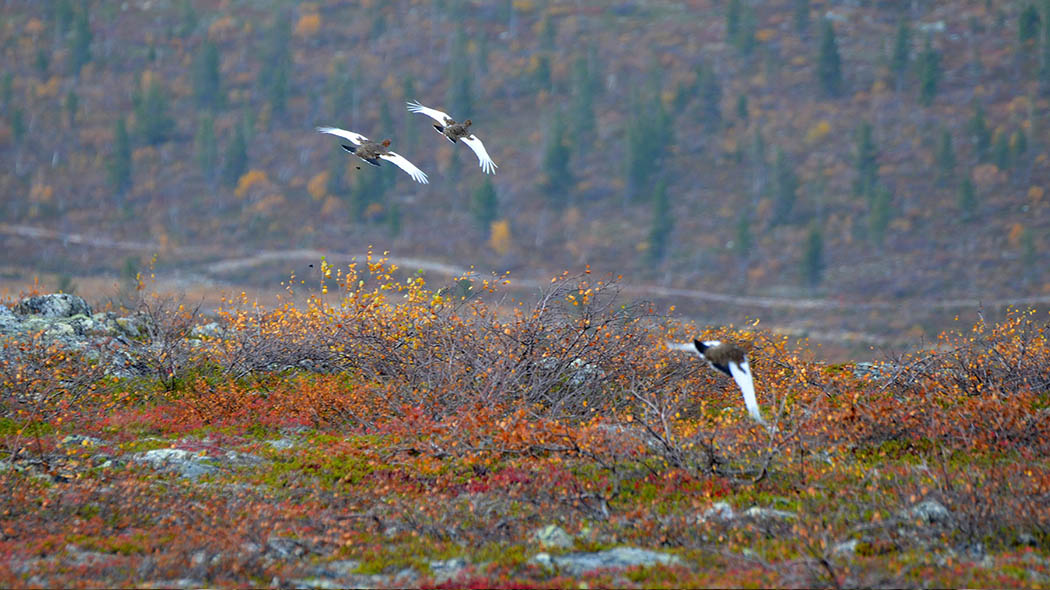 Rock ptarmigans have camouflage that helps them to blend in with their surroundings. In winter, rock ptarmigans are snow white. In its summer plumage, the bird is brownish grey, exactly the colour of the habitat.
You will have a good chance to see this Arctic species in the Kiilopää area, as long as you keep your eyes and ears open. The bird sometimes reveals its whereabouts with its distinct croaking voice. 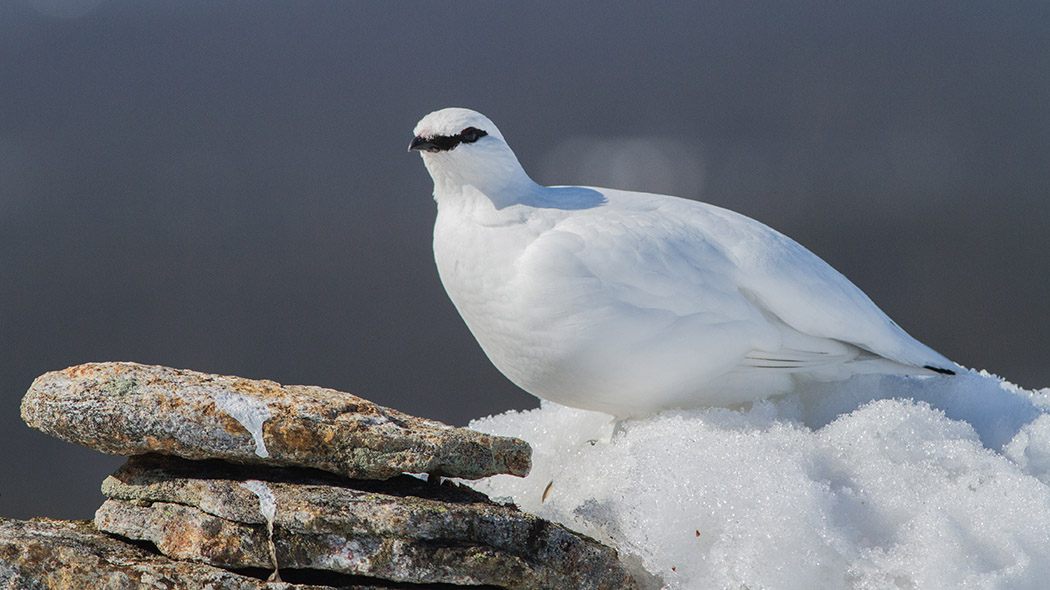 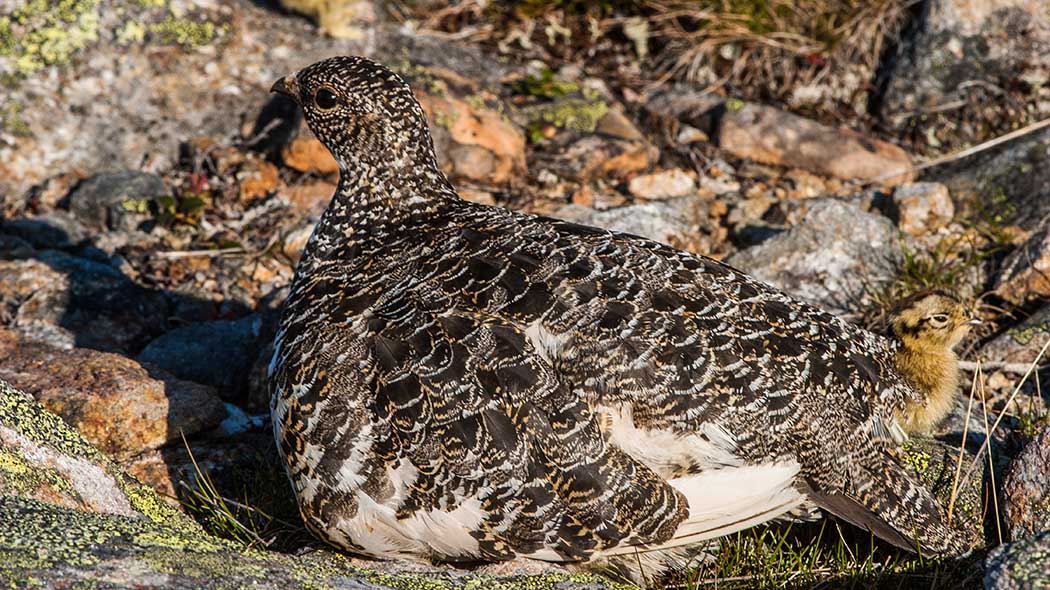 The Latin name of the rock ptarmigan is Lagopus muta. Lagopus refers to the genus and means rabbit foot. The feet of rock ptarmigan and grouse are completely covered in feathers. In winter, you can spot the tracks of these feather-covered feet in the snow.
Muta means mute, silent. This is not true in the case of the rock ptarmigan, as hikers may hear the creaking sound the bird makes. In summer, rock ptarmigans are fearless and may well be captured by the cameras of hikers. 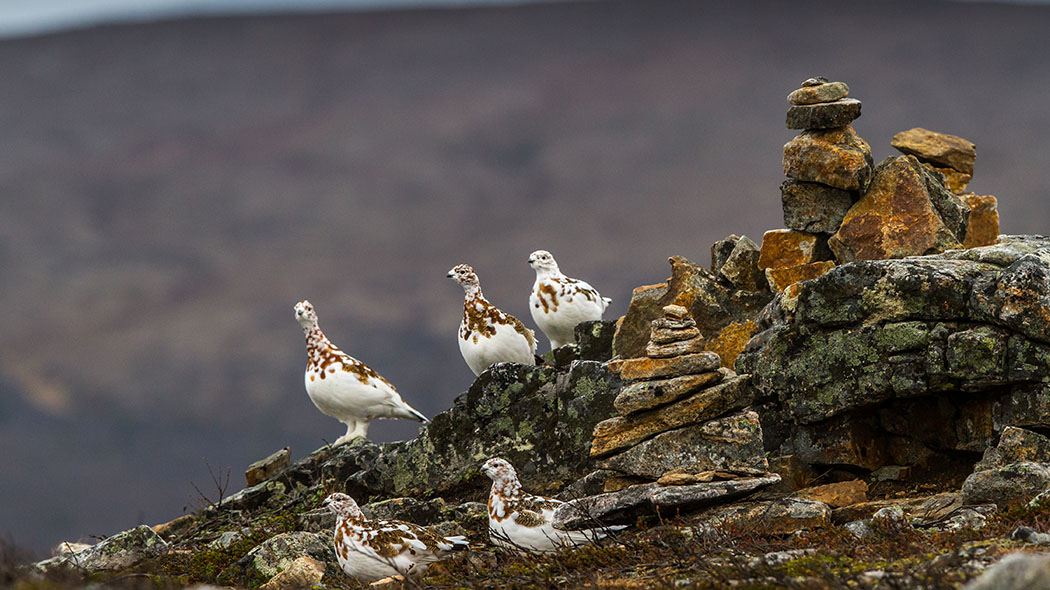 On the Rock Ptarmigan trail, we will also inform you about migratory birds that return to the fells to nest in early spring, as well as a roaming bird, the snowy owl.
The snowy owl is not a regular nesting species in the Urho Kekkonen National Park. Like other owls, it is a roaming species. Owls settle down to nest when there is enough food available. 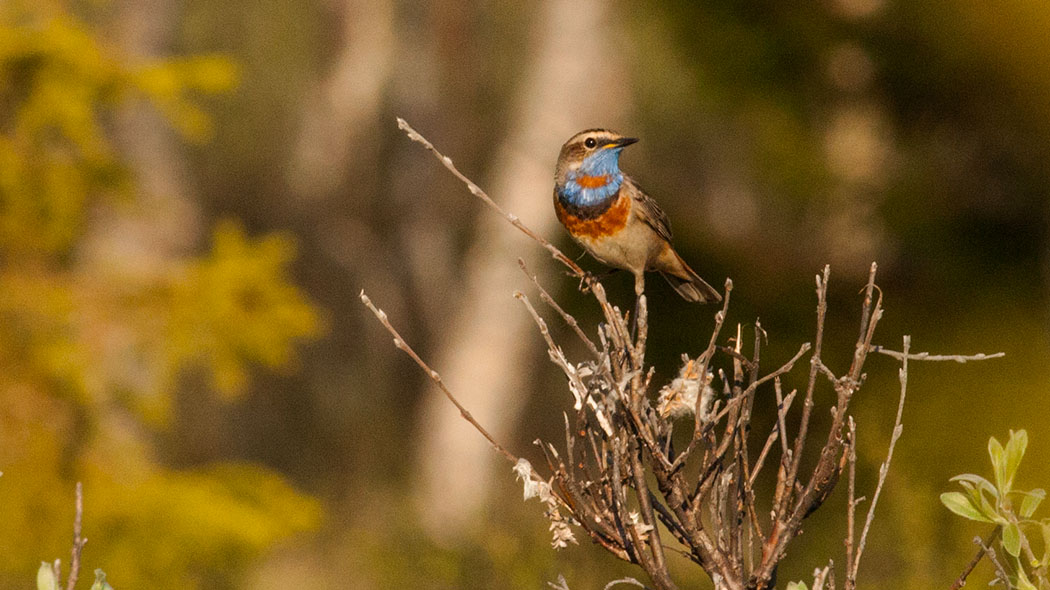 Regardless of several good vole and lemming years, snowy owls have not settled down to nest in the Saariselkä Fell area. It is difficult to nest if you cannot find a spouse.
Very lucky hikers may see a snowy owl soar above this fell area, but were you to spot a nest it would be major news on the wildlife scene!
The occasional snowy owl has been seen sitting on the slope of Kiilopää. That, too, is big news and attracts birdwatchers. Catching a glimpse of this large white coloured owl is a memorable nature experience.