Lapland's extreme climate and fells have a major influence on the annual natural cycle. Everything blooms quickly – generous amounts of meltwater in early summer, followed by warmth and possible drought in midsummer, give a breathtakingly fast start to summer and even a lingering feeling in mid-summer. 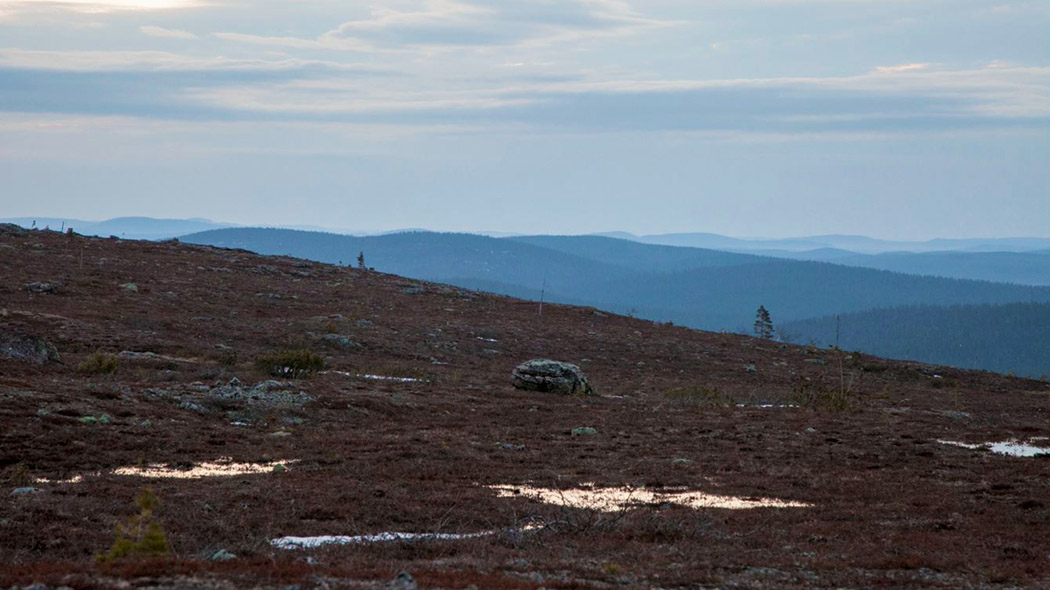 Meltwaters gurgle loudly and strongly in springs among the creeks and slopes of Iisakkipää fell. The water rushes down the slopes towards River Luttojoki, watering the ground for the growing season. The first flowers bloom along the creeks, while snow lingers higher up on the slopes. The sunny yellow flowers of marsh marigolds (Caltha palustris) glow along the creeks. 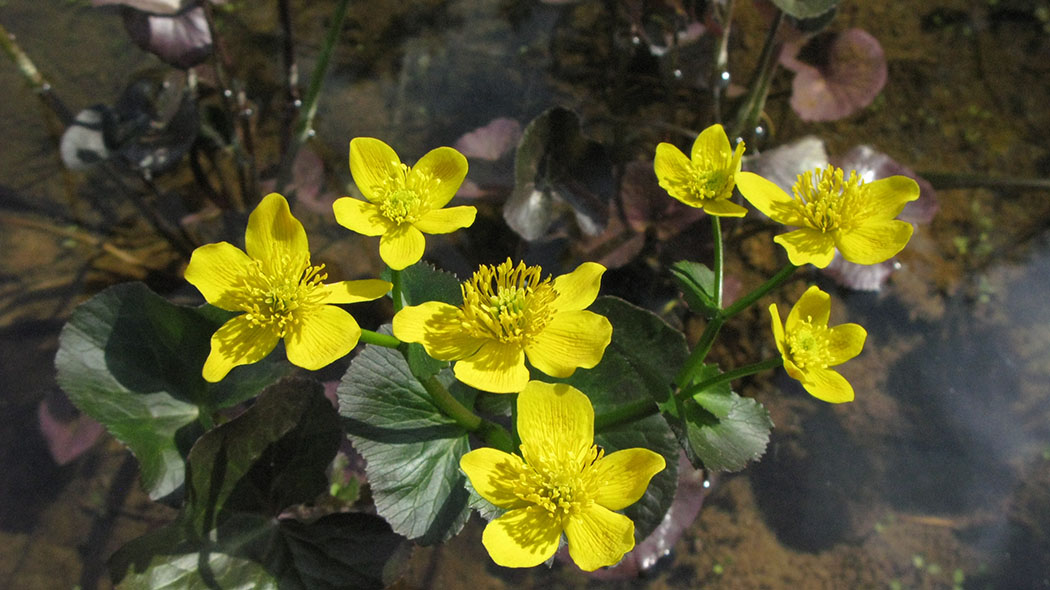 Snow remains on the rugged slopes of Iisakkipää fell until May–June. Crowberry (Empetrum nigrum) is the dominant species on the barren pine-dominated heaths of the lower slopes. Occasional lingonberries (Vaccinium vitis-idaea) and bilberries (Vaccinium myrtillus) can be found.  Crooked birches become more frequent in the forest higher up the slopes. Butterwort (Pinguicula vulgaris) and wood cranesbill (Geranium sylvaticum) grow here and there in moist depressions and along brooks. 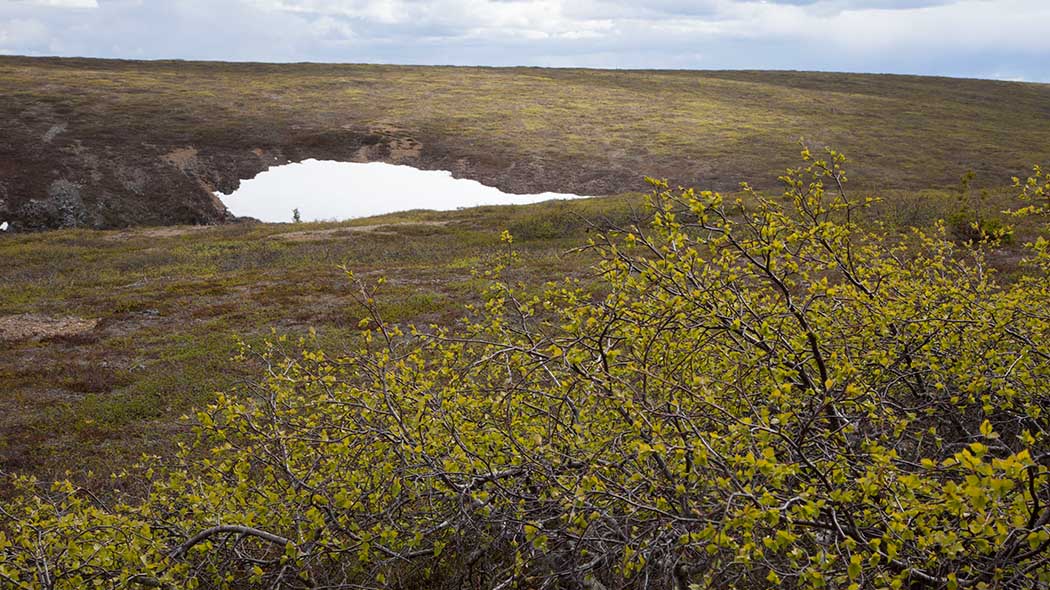 The ground layer is rugged under the mountain birches and the birch forest looks more like scrub, a couple of metres in height, than a mountain birch forest. The birch stand thins out the higher you go, and does not offer much protection against the elements. The wind blows freely through the birch trees and, at the height of summer, the sunshine is hot due to the lack of shade. 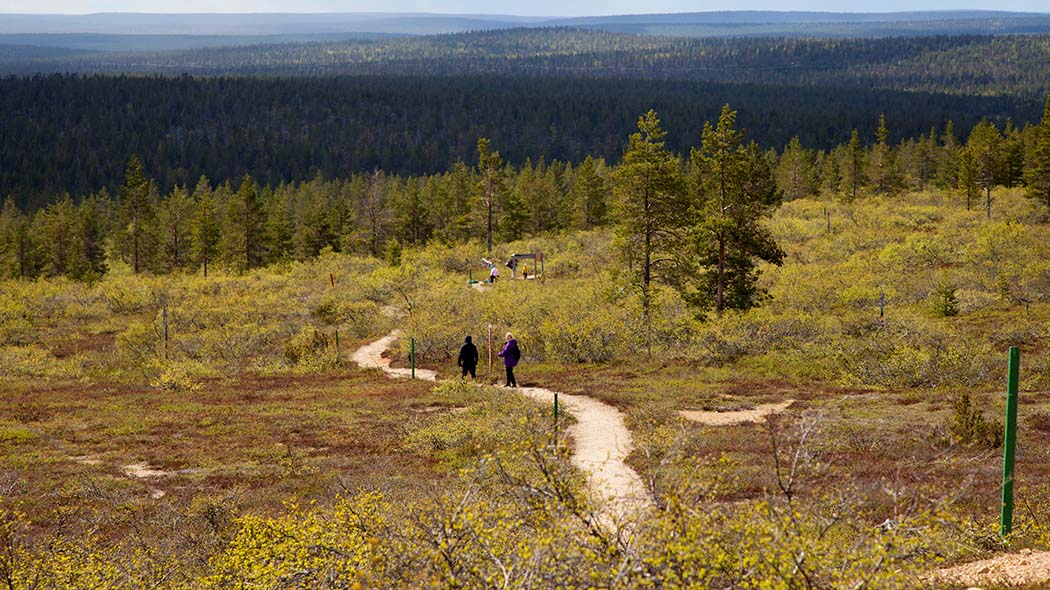 Fell species are champions of survival in extreme conditions. In the summer, there is beating wind and rain as well as scorching sun and drought. In winter, in turn, the thickness of the protective snow layer depends on the wind conditions, and may be very thin. Fell species are small in size, but reward the sight-seer who is willing to bend down and take a look. Viewed up close, the beauty and detail of flowering species rival any showy garden species. The early summer flowering season is over in an instant. 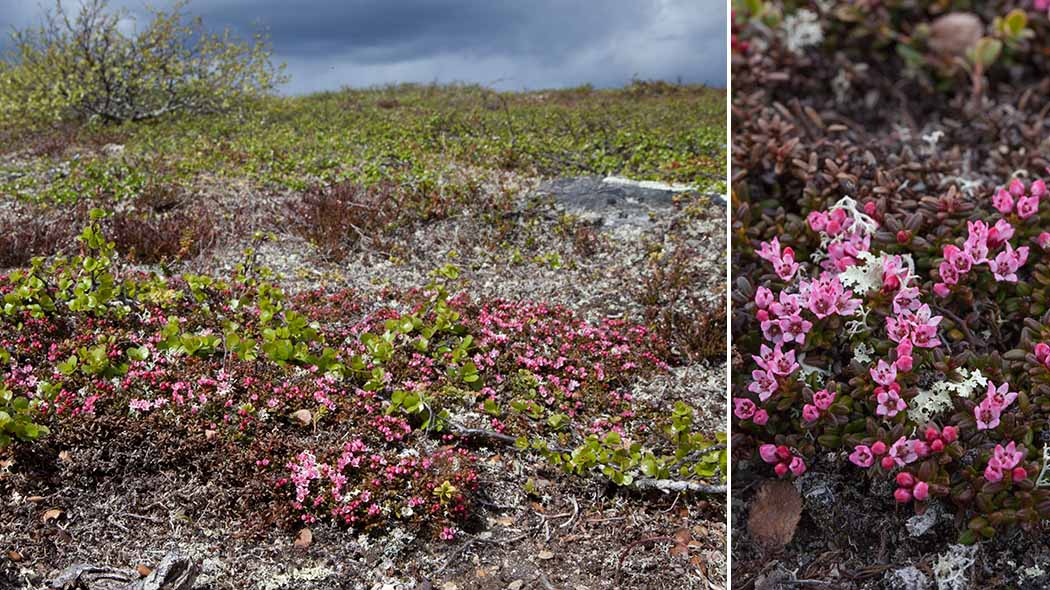 Nature already begins preparing for autumn during the first weeks of August – the ripening of berries and the mushroom harvest confirm that summer is ending. In pine forests on the lower slopes, it pays to keep your eyes open as various species of mushrooms appear. Ceps(Boletus edulis), matsutake (Tricholoma matsutake) and the more common orange birch bolete (Leccinum versipelle, L.vulpinum) can occasionally be found for the pleasure of gourmets. If you are lucky, you may even find chanterelles (Cantharellus cibarius) in the lush mountain birch forest.
The autumn foliage bedecks the landscape in bright colours. In wet places lower down the slope, bog bilberry(Vaccinium uliginosum) adds colour to the greenery alongside the occasional bilberry (Vaccinium myrtillus)shrub. Fell birches add a splash of joyful yellow to the landscape, and the leaves of black bearberry (Arctostaphylos alpina) shrubs glow red high up on the fells. Patches of mire glow in yellow and orange hues. However, the autumn blaze of colour will not last long. Nature prepares itself for winter in August and September. Thereafter, the splendid colours of autumn have almost faded. Nature begins preparing for winter. 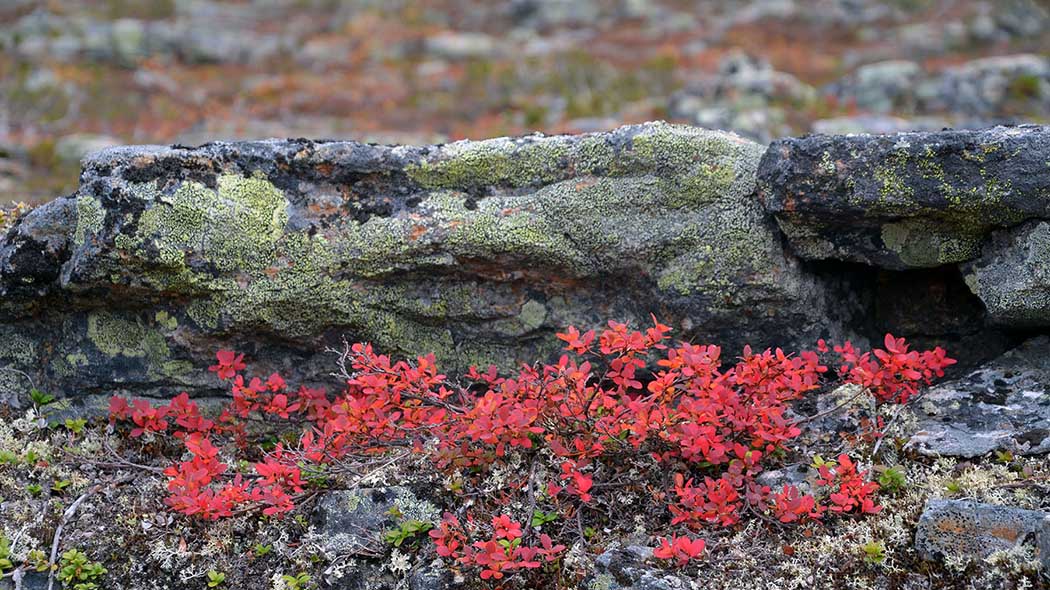 Snow covers the slopes of the Iisakkipää fell from six to eight months, depending on the direction in which the slope is facing. The exposed southern slopes melt first, but snow can still be found on the northern slopes in June. In winter, nature rests and tries to make it to the next growing season with minimum damage. The snow cover protects both plants and animals from wind and frost. 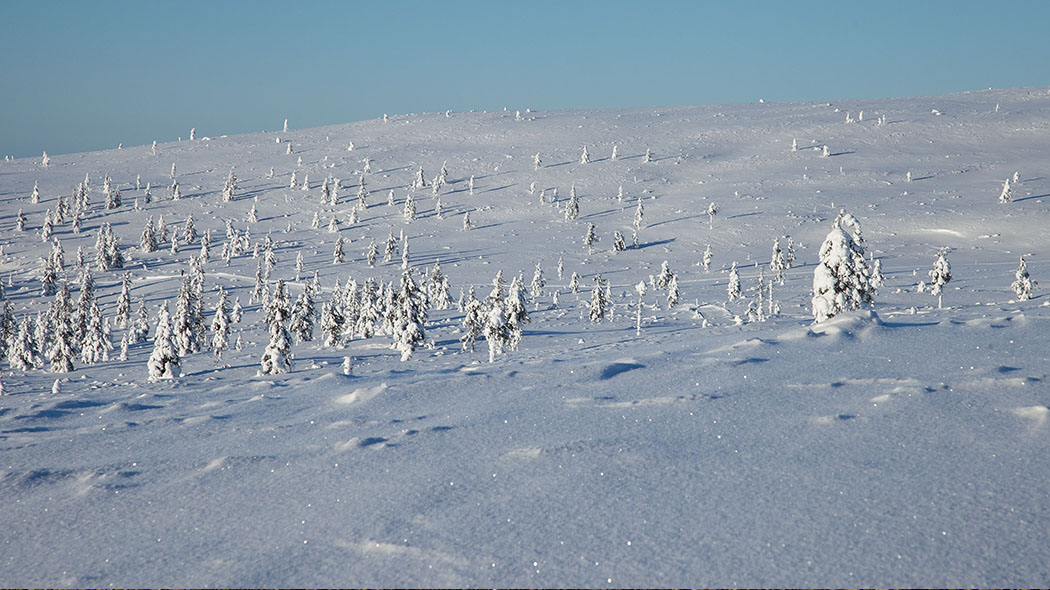