The Ahopää - a Journey to the Origins of the Landscape

All fell landscapes in Urho Kekkonen National Park tell a special, stark story about the Ice Age. The massive ice sheet shaped the round tops of the fells into their identifiable forms, typical of the national park. The bedrock, soil and rock material under your feet has been processed by turmoil of many kinds. For visitors, the Ahopää fell trail offers eye-catching views, inviting them to hike further on to the next fell top. But what does the landscape reveal to its viewer?

It was all different in the Ice Age. The sheet of ice and snow that covered the land during the Weichsel glaciation period only 20,000 years ago had reached its peak, being 2,000 metres thick.
The receding and advance of the ice sheet shaped the ground and bedrock, making them something like their current form. Ice and water, their movements and interaction did the work. These movements, in turn, were regulated by the temperature, which alternated between freezing cold and warmer temperatures, alternately favouring ice and water. Over the last 10,000 years, the scenery has been transformed by the development of vegetation regulated by the climate and slow erosion shaping the landscape. 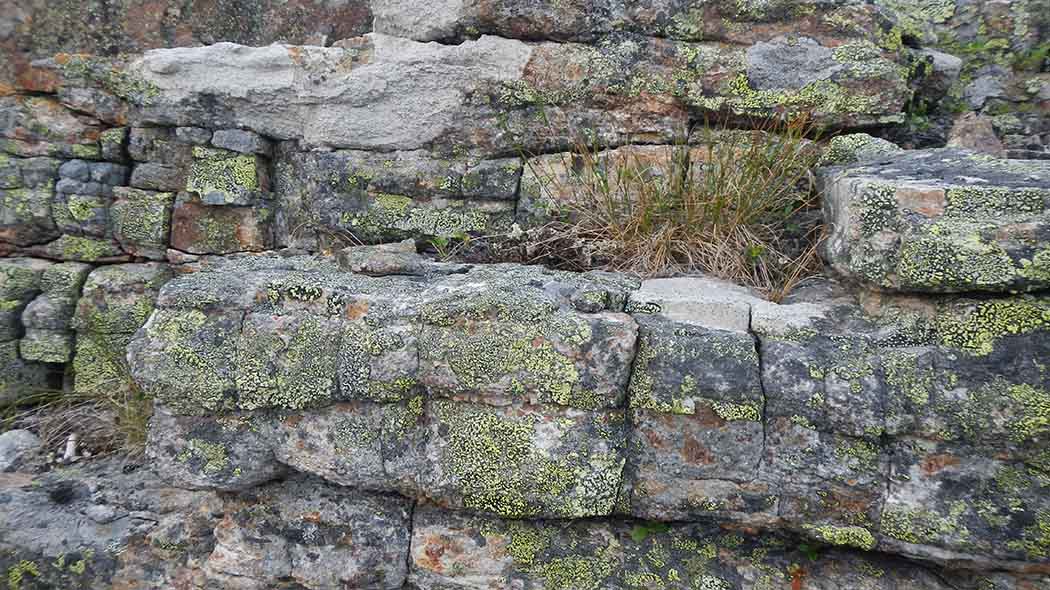 On the Ahopää fell trail, the soil under your hiking shoes is moraine, deposited by ice. The bedrock is close to the surface. Small land forms, fractures and spits, emerging from the bedrock are visible on both sides of the trail. They were created by the massive ice sheet and moulded further by meltwaters and erosion. 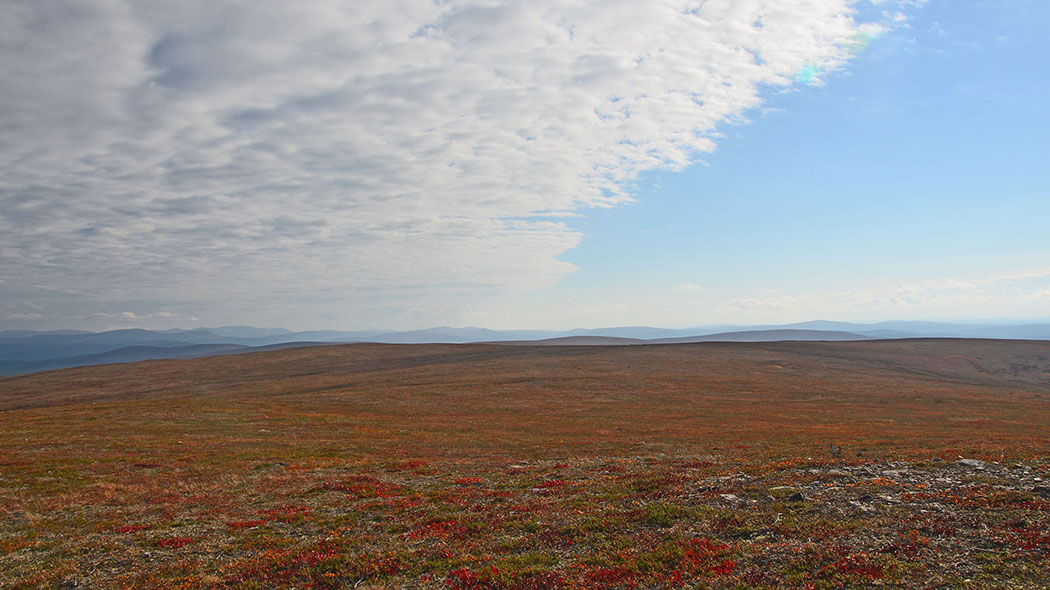 Most of the bedrock under your feet was originally granulite, created 1,900 million years ago during the folding of the Karelide mountain range. Over the subsequent hundreds of millions of years, the granulite mountains were eroded to their very roots.

Later, some 30 to 50 million years ago, the current fells rose from the earth's crust due to block movements. The blocks were adjacent to fracture lines, appearing today as river valleys such as Suomujokilaakso and the Tuiskukuru valley.
Granite-gneiss, quartzite and amphibolite are also present in the southeast corner of the national park. However, the overall appearance of the rocks and cliffs in the national park is a light reddish grey due to the granulite. 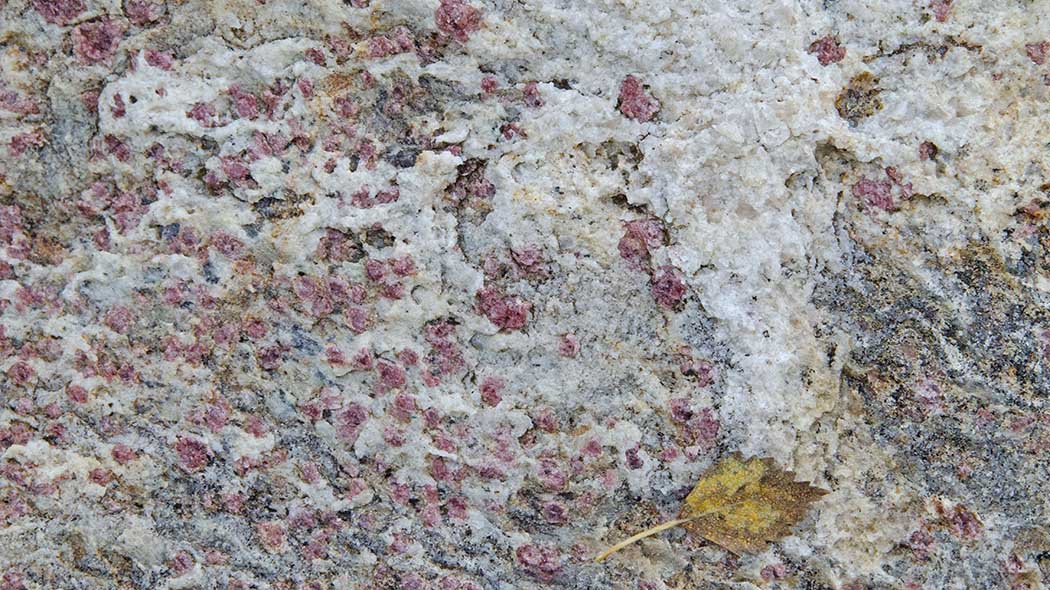 The sharp profile of Nattaset in the south is a familiar sight for visitors and is easy to distinguish among the round fell tops of the national park. The granite massif of Nattaset comprises rock millions of years younger than its surroundings.
Red-grey bedrock is exposed on the fells as rocky terrain due to the impact of erosion. The Ahopää fell trail continues over the treeless terrain towards the Rumakuru gorge, where even more red-grey scree rock is visible.

If you look closely, you can see the point where the edge of the glacier shaped an ice-marginal channel along which the melt water flowed and carved its way into the slope. 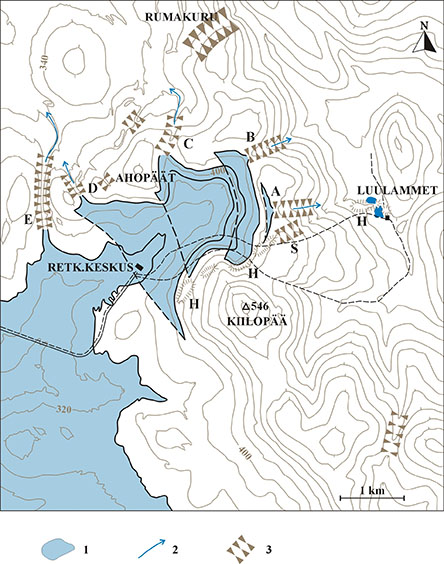 The Rumakuru gorge, one of the most frequently visited places in the national park, was also created through the interaction of ice and water. The waters of the glacial lake confined in the Kiilopää valley were discharged into the Luulampi valley through the col channels between Kiilopää and Ahopää.

Rumakuru was subject to erosion by melt waters and loose rock material over a long period. In addition, the bedrock was broken and fragmented, facilitating the formation of a steep gorge dozens of metres deep. The best-known col channels in the national park are deeper inside the park. The largest of these, Pirunportti (the Devil's Gate), is 70 m deep. 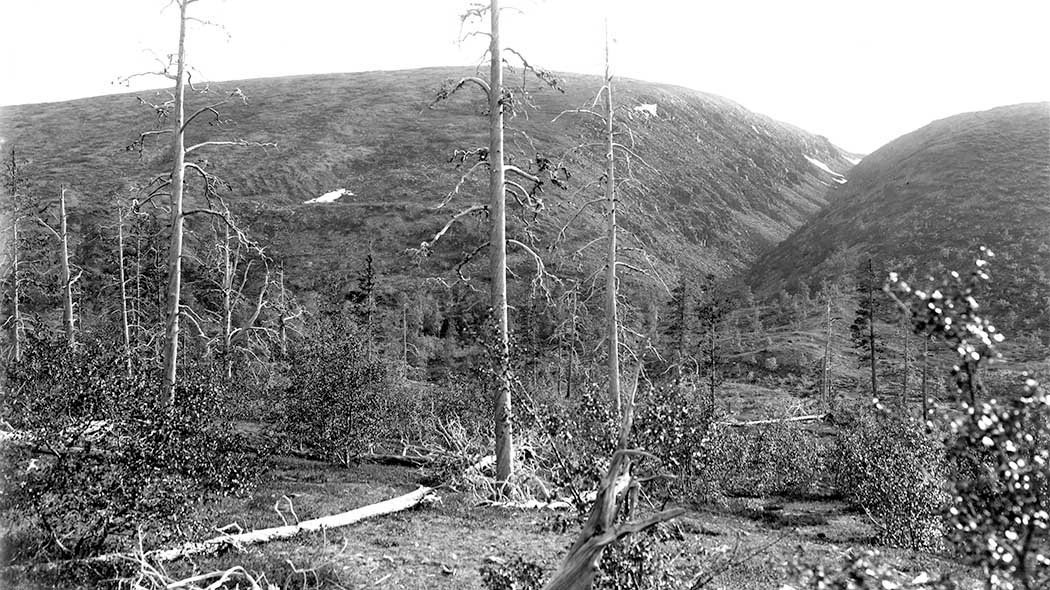 As the glacier melted, the water was discharged from the col channel of Rumakuru, transporting loose soil material in the direction of Luulampi. The lightest soil materials flowed longest and were deposited on the banks of the present rivers.

For instance, the soil material is layered in the direction of Luulampi. Meltwaters continued further along the river basin of Kulasjoki that runs through Taajoslaavu, and gravel and sand material was deposited and layered along the river. 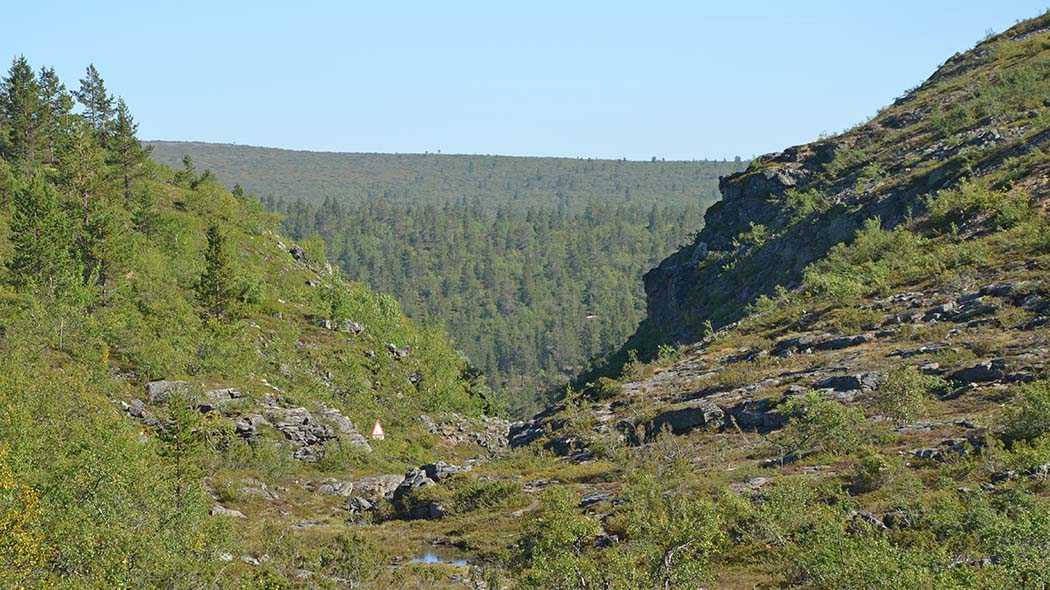 Traces of the Ice Age are visible in the terrain and soil, for instance as various types of gravel ridges and benches on the glacial lake. The striations on the rock surface reveal the direction in which the continental glacier passed. Gravel ridge formations are visible by Luulampi, for example.

In the Saariselkä area, the direction of the glacier river tunnels was towards the edge of the glacier from the southwest to the northeast, which was the last direction in which ice flowed. On the south side of the glacier division line, in turn, the direction of flow was from the northwest to the southeast.
The ridge formations continue on the slope of Kiilopää fell. In addition, traces of an ancient glacial lake and its shoreline are visible in the same region.
Several ice ages have brought slow turmoil to the area of the national park over the last two million years: the rounded forms of the present fells were created by the glaciers that ground their way over them during glacial periods. The Weichsel glacial period began around 100,000 years ago and expanded until it reached its peak 20,000 years ago.

In the final stages of the last glacial period, Koilliskaira was in the middle of the ice divider zones: in the northern part in Saariselkä, the glacier flowed towards the north-east, while further south the direction was south-east.

The area is still a watershed, north of which the waters flow north-east and south of which they flow to the south or south-east. The local place names reveal this, too, as the fell next to Rumakuru is called Vesijakopää (watershed top).
As the continental glacier receded, its last remnants lingered in river valleys, until the water masses escaped from glacial lakes through the present large river basins of the national park. 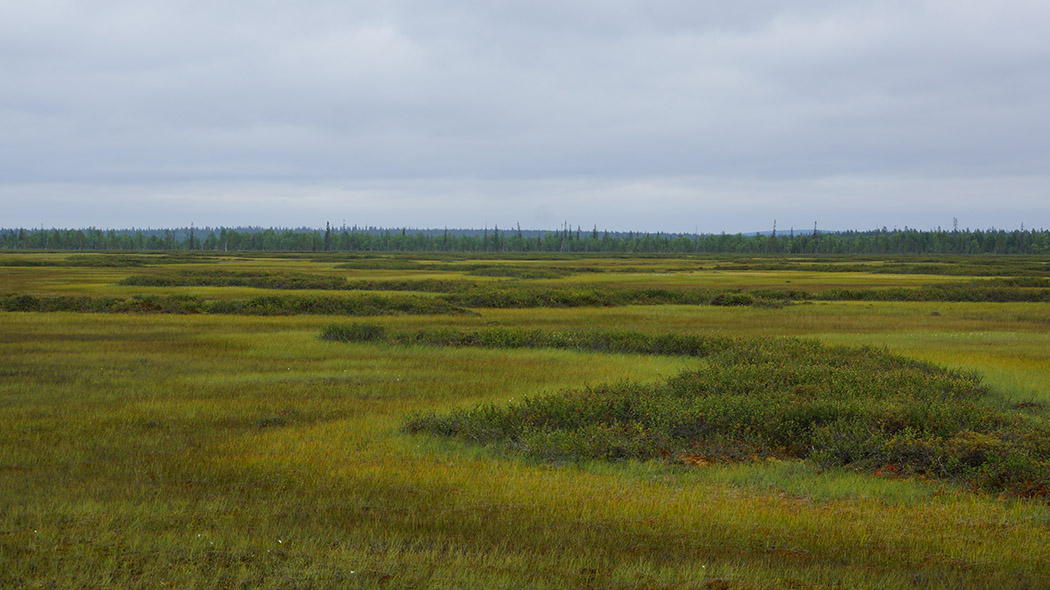 The expanses of aapa mire in the national park also originate in the times immediately following the Ice Age. The water remained in depressions in the terrain and began to transform the soil into a mire. Even after the construction of the Lokka and Porttipahta reservoirs, these mires are the largest continuous aapa mire areas in Europe.
Visitors can view the national park landscape shaped by glacial periods in the form of attractive round fells, sheltered river valleys or ridges and rocky patches, which are more difficult to navigate. Few realise that the landscape is the result of millions of years of shaping by ice, air and water. The very same architects will continue their efforts, whether we like it or not, and the end result will remain for future generations to see.