The National Park is situated in the north of Ring III Road (Kehä III), between the main roads number 1 (to Turku), and number 120 (to Pori). 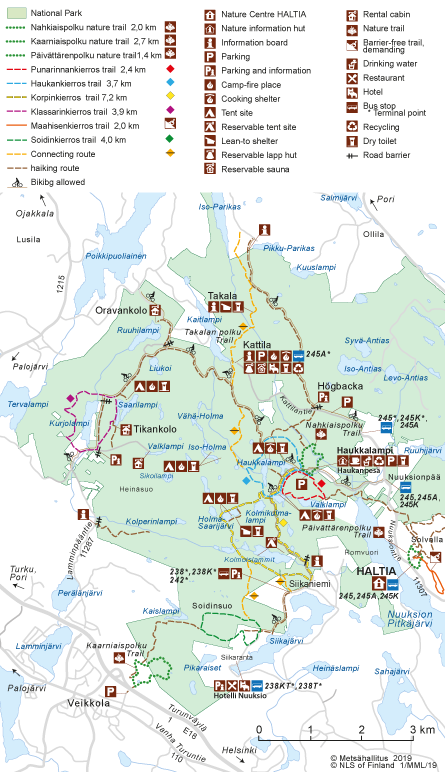 Parking area addresses are in Finnish to be used in navigators.

Parking areas are maintained during winter. 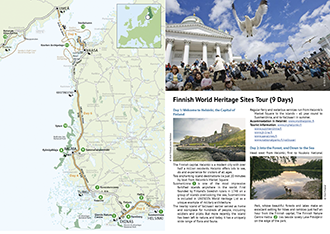 The Green Belt of Helsinki Metropolitan Area (haltia.com, in Finnish)