The Time of the Forest Sámi

The Salla area has been inhabited as early as the Stone Age. Up to the 1700s the area was deemed part of Kemi in Lapland and the Sámi village of Kuolajärvi, which was home to the Forest Sámi whose main livelihoods were fishing and hunting. There are signs of Forest Sámi life along Topsakkaharju Ridge, where they hunted deer. There are hole-traps all along the ridge, which today look like shallow square holes. Wild Forest Reindeer and beavers were hunted so much that they became regionally extinct. After this the domesticated reindeer replaced the wild one and reindeer husbandry became a significant livelihood in Kuolajärvi Village. The first Finnish settlers moved to the area in the 1600s. The Forest Sámi integrated with the Finnish settlers and adopted their language and culture.

The population of Salla grew quickly during the ends of the 1800s as farming became more popular. In the municipality's southern parts slash-and-burn forestry was practiced on the area's spruce covered hills and natural grasses were mowed from the area's mires and river banks for cattle to feed on. In the 1890s forest was sold off and felling sites brought workers to Salla from all over Finland.

After Finland declared independence in 1917 its eastern border closed and because of this an important trade route to the White Sea, which had been used for centuries, was cut off. The Winter War and Continuation War both left heavy marks on the Salla Area. Salla lost over 6,000 sq. km of land to the Soviet Union including Kuolajärvi Village. The former Märkäjärvi Village then became the municipal centre. The municipality changed its name to Salla already in 1936.

The Sallatunturi Area and its hilly surrounding areas have been virtually uninhabited and therefore there are few signs of human activity. In the area's open meadow bogs there may still be a stake left standing from an old hay stack or the ruins of an old barn. Old logging sites may still have decaying tree stumps and branches and perhaps even the ruins of a loggers cabin on a river bank. There are axe marks on the old pines in Salmijoki Ravine. For some reason these trees have been left standing. Perhaps the foremen felt that the majestic landscape should be preserved. 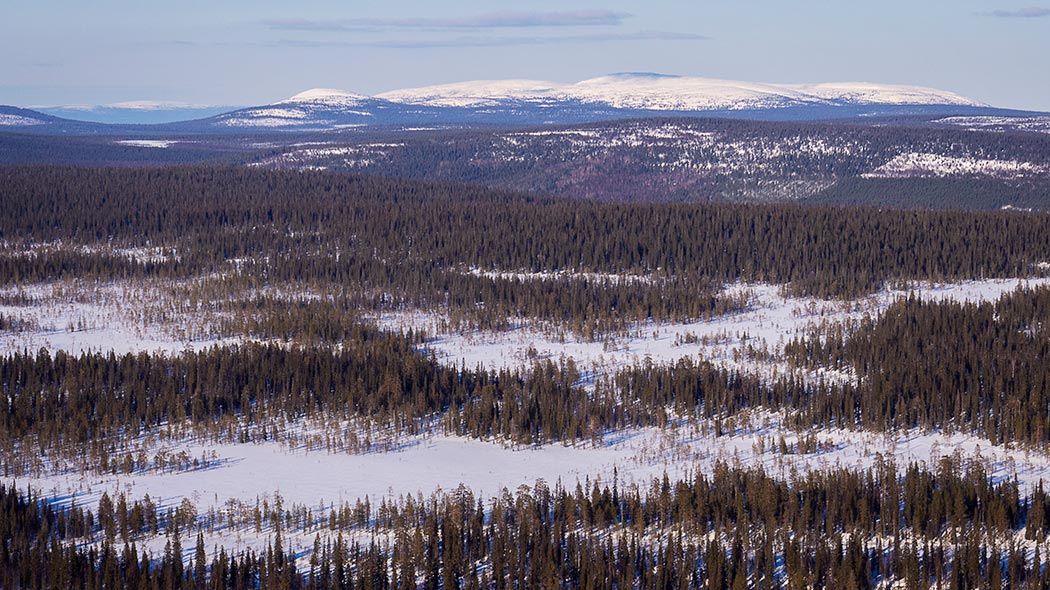