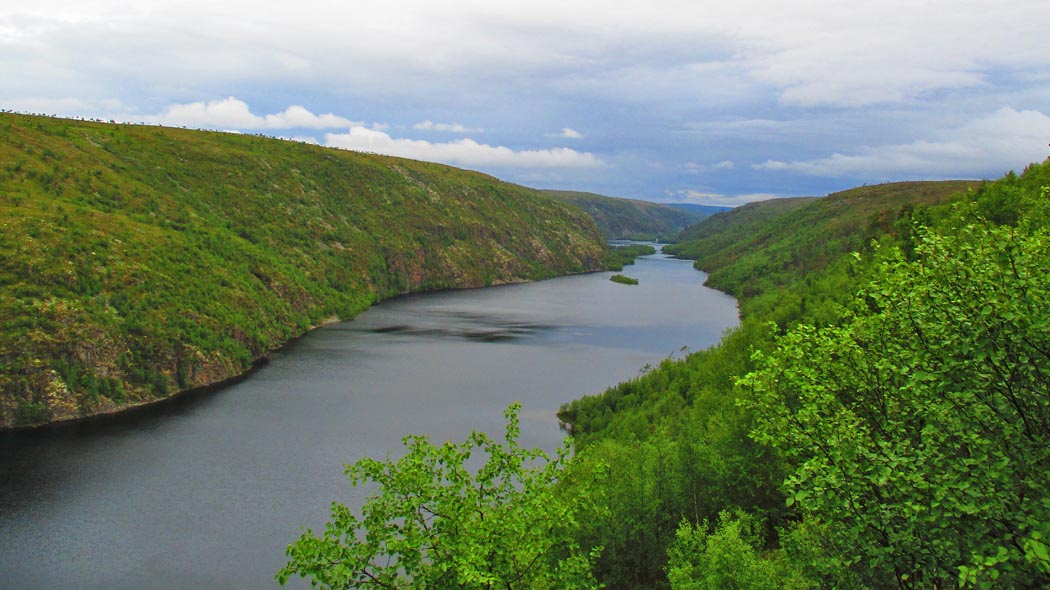 Kevo Strict Nature Reserve is located in the area between the road 92 (Karigasniemi-Kaamanen) and the road 4, E75 (Utsjoki-Kaamanen).

Open the map of Kevo in Excursionmap.fi.

Hikers can set off at the south end of the trail at the River Sulaoja or from its north end at Lake Kenesjärvi. When travelling from Sulaoja to Kenesjärvi, Kevo Canyon comes into view as majestic and awe-inspiring. During autumn when biting winds blow from the north it is best to travel the trail north to south, from Kenesjärvi to Sulaoja. 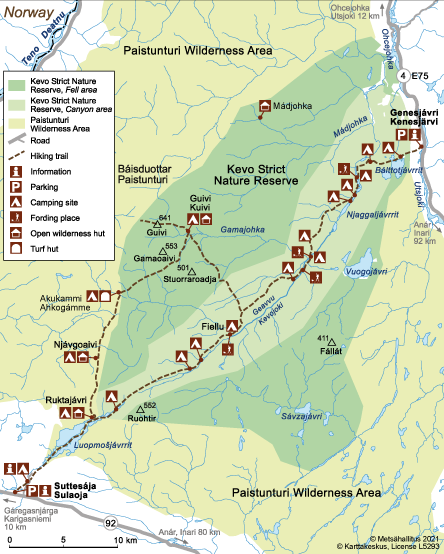 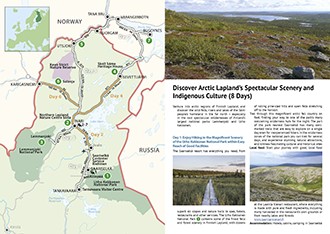